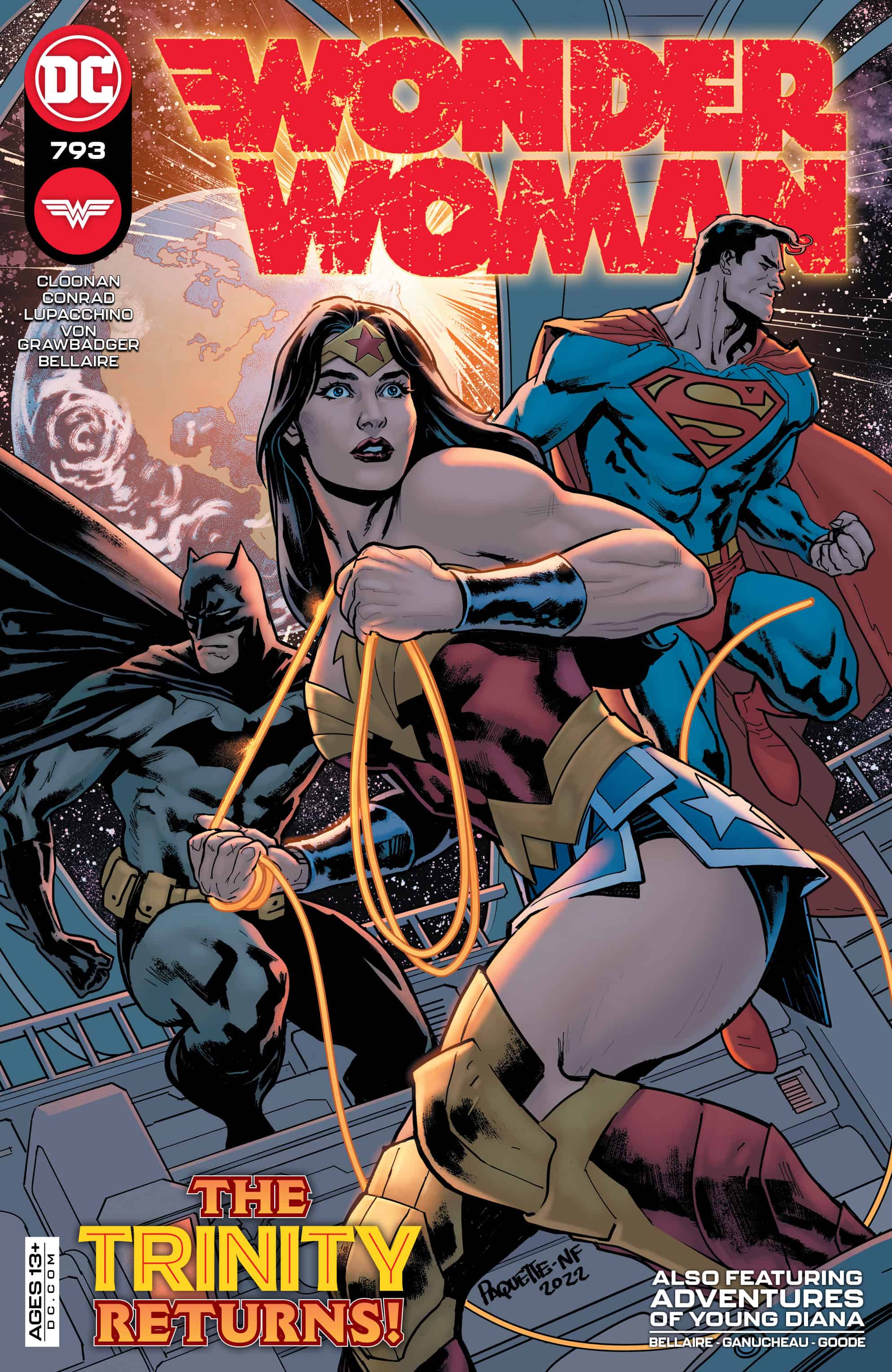 The Trinity reunited! With Superman’s recent return from Warworld, he, Batman, and Wonder Woman have been called to the Justice League’s abandoned Watchtower to save their planet from an Imperium invasion! Do they still have what it takes? Or has the time away from one another left Earth open to attacks from throughout the universe that the strongest heroes can’t stop?

I don’t follow much of DC Comics’ other titles beyond Wonder Woman because I am such a die-hard fan of the character, and whenever they put her in a room with Batman and Superman, she’s suddenly reduced to “the chick”. I’ve not been a huge fan of the Trinity stories I’ve read over the years, though I appreciate what the iconic trio stands for. I’d love to see Wonder Woman get as much love in a Trinity story as Batman and Superman, and– wait… this issue delivers just that?!

We take a brief hiatus from the overarching storyline of Hera’s Olympian scheme, the new and improved Cheetah, and the love triangle of Diana/Siggy/Steve to revisit a triangle of a different sort of love: DC’s Trinity. Writers Becky Cloonan and Michael W. Conrad have focused entirely on Diana and her mythos in the Wonder Woman comics so far which has been greatly appreciated by longtime fans of the title. But we all knew the time was coming for Batman and Superman to pop up. And you know what? I ain’t mad. 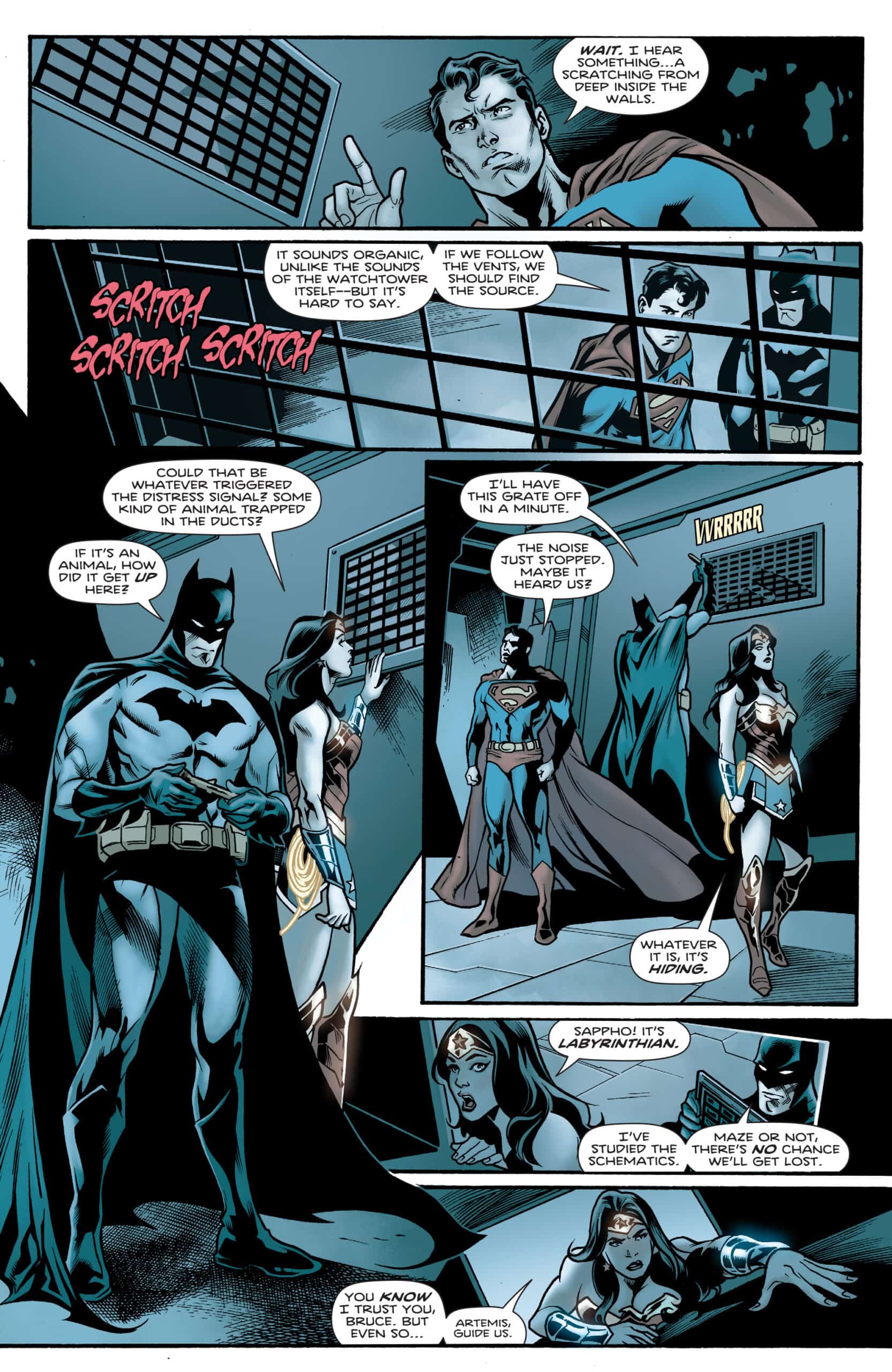 Wonder Woman naturally steals the show (it is her comic, after all), with many great one-liners and action moments that pay delightful homage to the Golden Age. This has been a running theme with Cloonan and Conrad, as they perfectly capture a sassier, lighthearted Diana. Criticisms in past runs have been that Diana has been too “perfect” and too much of a “goody two-shoes”. Those days are long gone, as we see Diana cracking jokes with her buddies even in times of possible danger. She’s still very warm, very compassionate, but very comfortable around Batman and Superman.

The World’s Finest also fare well, with the writers exploring their themes just as much as they are with Wonder Woman. I’d love to see Cloonan and Conrad on a Trinity series, or even Justice League, as they have proven every issue that they are fully capable of producing quality content featuring Wonder Woman. Emanuela Lupacchino, back on art, is no slouch either, bringing a lot of character and expression to each of the three superheroes. There’s a gorgeous full-page spread of the three embracing each other which I just can’t stop staring at.

This issue serves as a great intermission for major Wonder Woman storylines. Fans of the Trinity will be happy to see some great character moments, while Trinity naysayers can take comfort in this being a one-and-done story.