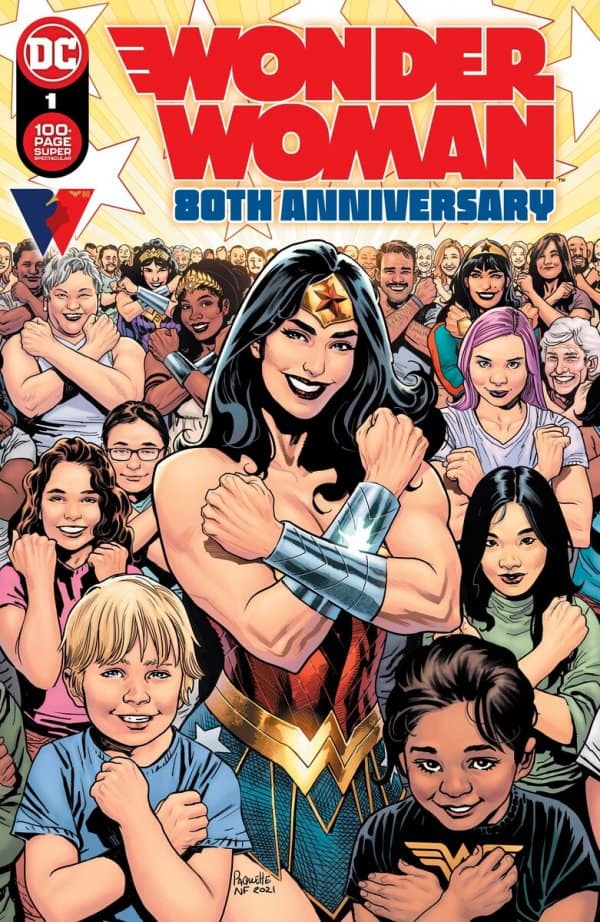 It's the 80th anniversary of one of the most beloved female superheroes in pop culture, Wonder Woman. DC Comics celebrates this momentous occasion with this 100-page Super Spectacular, an anthology special with works by some of the biggest names in comics.

Let me get this out of the way as quickly as possible: I love Cheetah. I’ve loved her since watching reruns of Challenge of the Super Friends with my father, who grew up with the show back in the 70’s. Any time I would get a Cheetah trading card or had the chance to play the dreadful Justice League Task Force SNES game that featured Cheetah as a playable fighter, I was overjoyed. Kids these days are so lucky because Cheetah can be found just about everywhere. But that’s not necessarily a good thing.

Cheetah is an interesting character in the comic book sphere. She’s a female supervillain who doesn’t fill any sort of “femme fatale” role that many other prominent female villains adhere to. She’s also considered by most to be Wonder Woman’s archenemy in the same way Lex Luthor and Joker are to Superman and Batman. However, she’s rarely given as much respect as her male counterparts. Despite the modern version of Cheetah being a full-on demigod, she’s been defeated by characters well below her weight class like Catwoman, Green Arrow, and Steve Trevor. Let’s not even get into her much-maligned appearances in the DC Animated Universe.

That being said, it is truly a joy whenever Cheetah is treated respect and care. And this story does just that. Wonder Woman and Cheetah are equally matched as they battle throughout New York City. Their fight reminded me of Superman’s battle with General Zod in Man of Steel. Unlike Man of Steel, however, casualties are not on the menu and Wonder Woman is vehemently against anyone getting hurt in the crossfire. This leads to a moral dilemma for Cheetah, who must decide if her hatred for Wonder Woman is worth the lives of innocents.

I should also point out that this story takes place in the George Perez era of Wonder Woman, a beloved time where Wonder Woman was rebooted after the Crisis on Infinite Earths. Isaac Goodhart brilliantly captures the time period, with both Diana and Barbara looking as if they stepped right out of Wonder Woman #9 (“Blood of the Cheetah”). Jeremy Lawson’s colors enhance this feeling of nostalgia, and I’m desperate for more. I also can’t stop gushing about Diana’s hair in this story; George Perez always drew Diana with this big, curly 80’s hair, and it’s so damn lovely to see those same curls here.

I’m not super familiar with Vita Ayala’s work, but I really enjoyed the writing and dialogue here. I didn’t get much of Diana’s voice in this, as she mostly spent the issue worrying about the children in danger, but I love that they wrote Cheetah as a competent threat and easily Wonder Woman’s equal. I want to see more Cheetah by them for sure.

"Better Angels" is a fantastic short story from a fantastic era featuring a fantastic villain. As a huge fan of Wonder Woman's rogues gallery, I'm dying for others to take inspiration from this tale and use Cheetah (and her other foes) as competent, deadly threats with nuanced motivations.