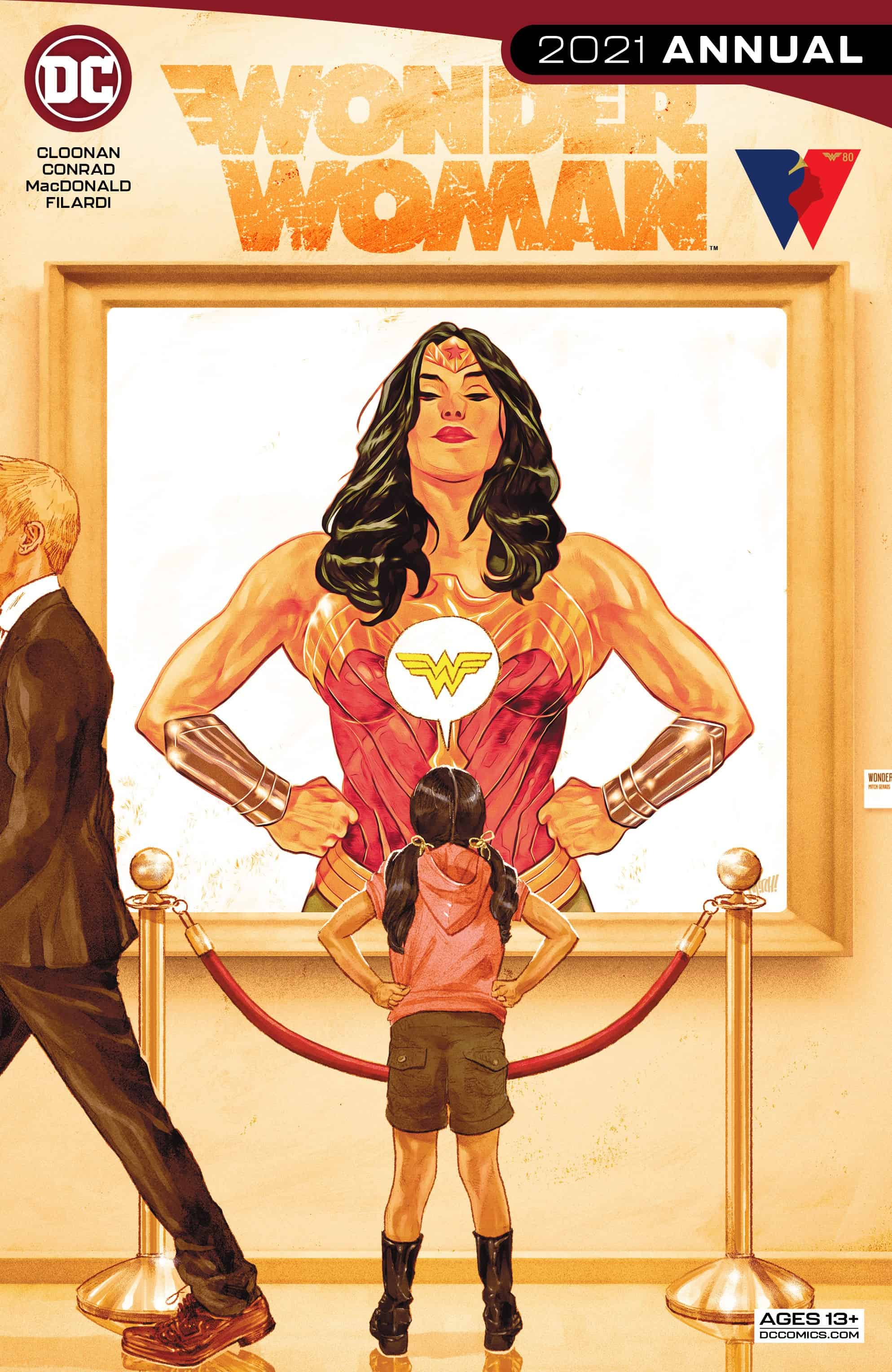 Since her return from the Sphere of the Gods, Diana has tried her best to reconnect with her past and those she left behind. But now the past is coming for her! It all begins when a mysterious man appears, claiming to know the dark history of the Amazons. Could his claims possibly be true? And what does this mean for our hero's relationship with those who still rule Themyscira? Judgment is coming for all the Amazons, and you won't want to miss this prologue story leading directly to the next chapter of the Wonder Woman epic!

This issue has two central plots going on: one featuring the friendship between Wonder Woman and Etta Candy and one featuring a brand new character named Altuum. Both plots are fantastic.

Let’s start with the friendship plot. Etta Candy is an essential character to the Wonder Woman mythos, but she’s used very sparingly in recent years. And even when she does appear, she rarely interacts with Diana. I was so pleased to see Cloonan and Conrad use Etta in Wonder Woman #781 and expand on the friendship she shares with Diana. This annual continues the plotline and even sets out to explain why the two barely spend any time together. They’re both working gals who unfortunately struggle to find time to even sit down for brunch. I’m very confident in Cloonan and Conrad setting this plot up to result in Diana and Etta sharing an even closer bond.

Now for the new enemy: Altuum. I have to be honest, I’m not a huge fan when writers come on and introduce new villains as if Wonder Woman doesn’t have hundreds of cool adversaries collecting dust in Limbo. But that’s not the case here. Cloonan and Conrad have already used both Doctor Psycho and Gundra in their run so far, with plans to use more in the future (Image-Maker, anyone?). That makes it much easier to digest new villains like Janus and Altuum entering the series.

As for Altuum, he’s pretty great so far. He has a very distinct look that feels a bit like Drew Johnson’s Ares from Greg Rucka’s run. The pale skin, blond hair, pink eyes and markings all over the back of his neck make for a very mysterious and creepy character design. Yet he’s also very handsome, which I think is a nice quality to have for Wonder Woman. We have all these supermodel villainesses running around in male-dominated comics like Batman and Superman, so I think it’s great to have the reverse for comics targeted towards a larger female and queer audience.

This story also sets up the upcoming event Trial of the Amazons which I couldn’t be more excited for. Altuum reveals several little hints of things to come, and his lack of care for mortals around him makes him a frightening adversary. There’s a very fun fight scene which shows that Altruum is a physical threat to Wonder Woman (and also features one of my favorite moments involving Diana’s shoes). Cloonan and Conrad continue to blow me away with their voice for Diana, and her back-and-forth with Altuum was a true delight.

The art by Andy MacDonald was nice, but I wasn’t a huge fan of his Diana. There was just something strange about her eyes. She felt a bit lost and unsure of herself which clashed with the writing of the scenes. However, he did a great job with Altuum’s appearance, and I loved his Etta. I was also impressed with how each character, even minor characters like Nevaeh, had distinct looks. I’m truly obsessed with Nevaeh’s character design.

This is a must-read for Wonder Woman fans who are preparing themselves for the Trial of the Amazons. As if Medusa wasn't bad enough, a new threat looms under Themyscira, and the Amazons should be very, very afraid.