Wonder Woman Annual #3 tells the story of Helen Paul, who was rescued as a child by Diana and taken under her wing.

When she became old enough, she joined the ranks of ARGUS and fought alongside Wonder Woman!

Diana's and her story continues with a secret ARGUS mission to Gorilla City, where Wonder Woman must face the awesome might of GRODD! 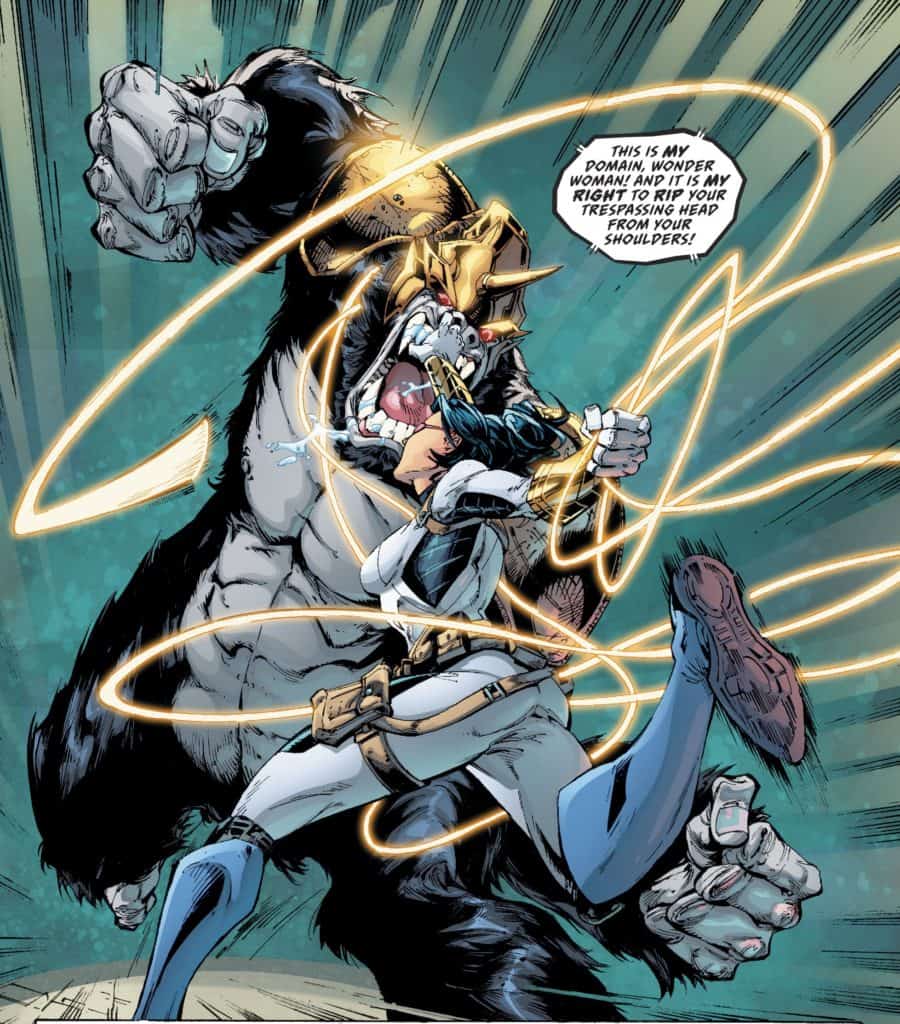 But in modern times, the mysterious LEVIATHAN threatens to unravel their long-standing friendship with some harsh truths... 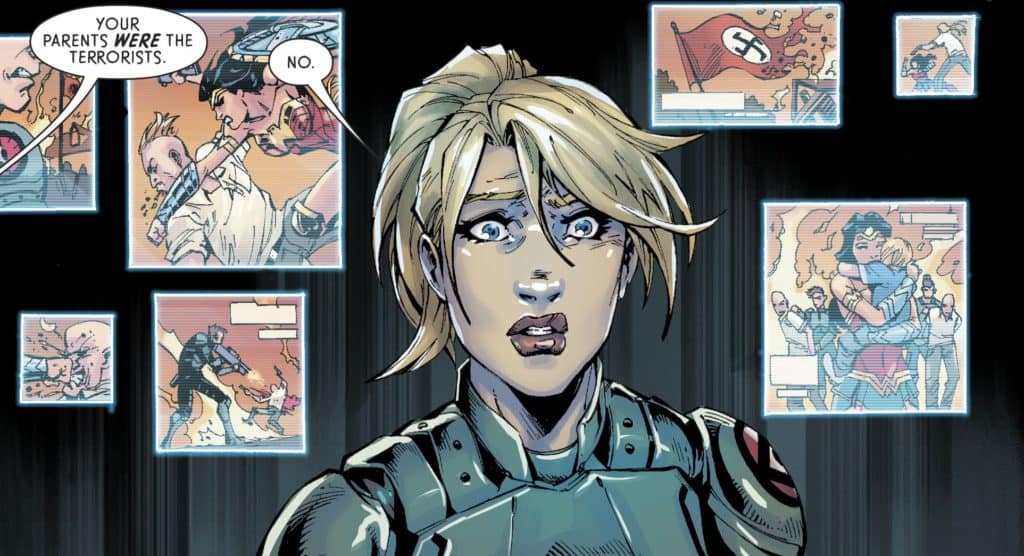 The story is serviceable enough, and will be covered momentarily. No, this issue’s main hindrance is the astoundingly dated art by V. Ken Marion, which is a full-on assault of the worst stylistic tendencies of mainstream early-Aughts superhero art – not quite the Amerimanga fad of the ’90s, but still infected with its obnoxious tendencies:

It’s fine for what it is if it’s a style readers identify with, so ultimately it’s a case of to each their own – but it’s still pretty egregiously dated and enough of a distraction that it feels completely mismatched for the actual story. All things being equal, it’s going to be hard for some readers to take this story seriously with this style of art. Not everything can be Adams or Kubert, but it at least behooves editorial to pair the correct artist up with the right story.

As for the story itself, it’s something of a mixed bag. At the beginning, it’s clearly about Helen Paul, a supporting character from Wonder Woman’s life. But as soon as the story shifts to Gorilla City, she’s completely forgotten, except for a voiceover that adds nothing to the story. Faced with the option of action or a pacifistic response, Wonder Woman of course chooses the latter – something we’ve seen her do countless times. At this point in the character’s seventy-eight year history, it’s hardly a watershed moment for her to do so. So it goes.

The story itself involves Diana, Helen, and Steve Trevor (who’s there because apparently he has to be in a Wonder Woman story even if he could be swapped out for a faceless nobody and still have the same effect) infiltrating Gorilla City to rescue an operative ARGUS planted there to spy on Grodd, who had assumed control. However, the sticky wicket comes when it’s revealed that Grodd’s leadership was gained legitimately – which means ARGUS’ presence is less than legal. Grodd, though, refuses to accept peace, bluntly stating that his long-term goal was open hostility to humans. With both sides in the wrong, Diana is therefore thrust into the role of peacemaker.

In a nutshell, it’s a decent (if something of a filler) story – except that it isn’t Helen Paul’s story. She just happens to be there. What does happen though is, in the epilogue that finally ties this issue into Event Leviathan (as promised on the cover), Helen finds out the truth behind her parentage, along with a rather skewed version of why Diana took her under her wing all those years ago. It’s all a little forced, and the final page turns into a reveal that isn’t remotely earned. It happens because Orlando needed to have a setup for his regular run, and in spirit that’s fine – but it’s not justified in its execution. The motives for what happens just aren’t strong enough and is far too convenient, ending the story as a well-intended – yet jumbled and unfocused – mess.

I really wanted more from Steve Orlando's big Wonder Woman debut, but the story - unfocused and relatively by-the-numbers, but still a decent read nonetheless - is hampered by glaringly dated art that sticks out like a sore thumb in readers' eye.