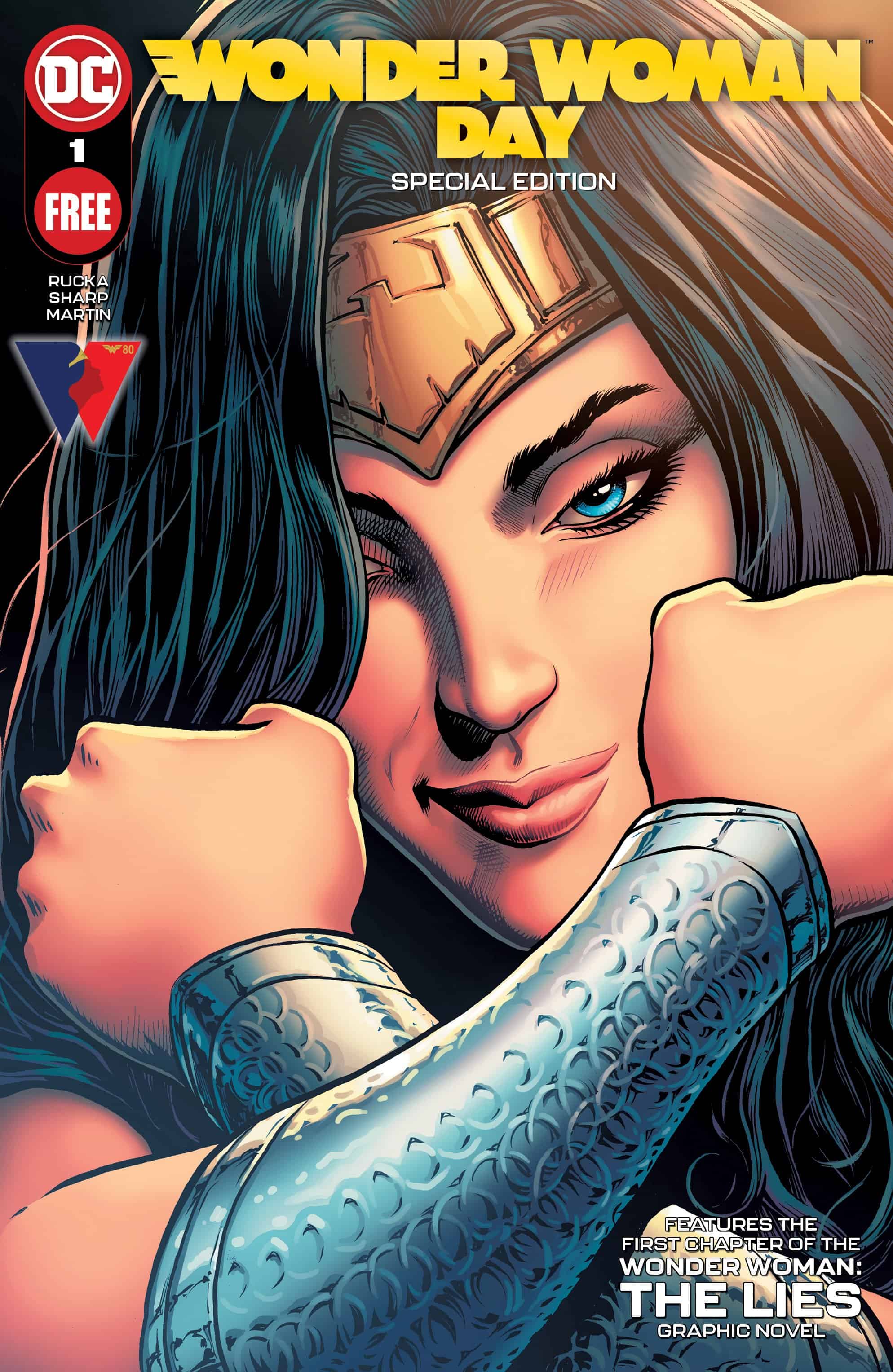 Let's journey back to simpler times in 2016 when DC Comics rebooted its entire line of superhero titles. Wonder Woman is one of the comics that benefited the most from the "DC Rebirth" as superstar Greg Rucka returned to write the superheroine once more after a very successful stint from 2003 to 2006.

Wonder Woman has probably had more reboots than any other superhero to date, and that’s largely because new writers come on the series and ditch everything that came before it. It’s a massive problem with the title that fans are very quick to point out. But in 2016, DC Comics started an effort to establish a consistent continuity once and for all with Rebirth. This led to DC rehiring Greg Rucka, who had a critically-acclaimed run of Wonder Woman in the mid-2000s.

Joining Rucka was an alternating pair of artists, Liam Sharp and Nicola Scott. Sharp was responsible for the present-day stories (odd-numbered issues), while Scott was responsible for the issues set in the past (even-numbered issues). I also have to mention the third member of my “holy trinity of Wonder Woman artists”, Bilquis Evely, who joined Greg Rucka for the Godwatch story arc. These three are easily some of the best artists the Wonder Woman book has seen. 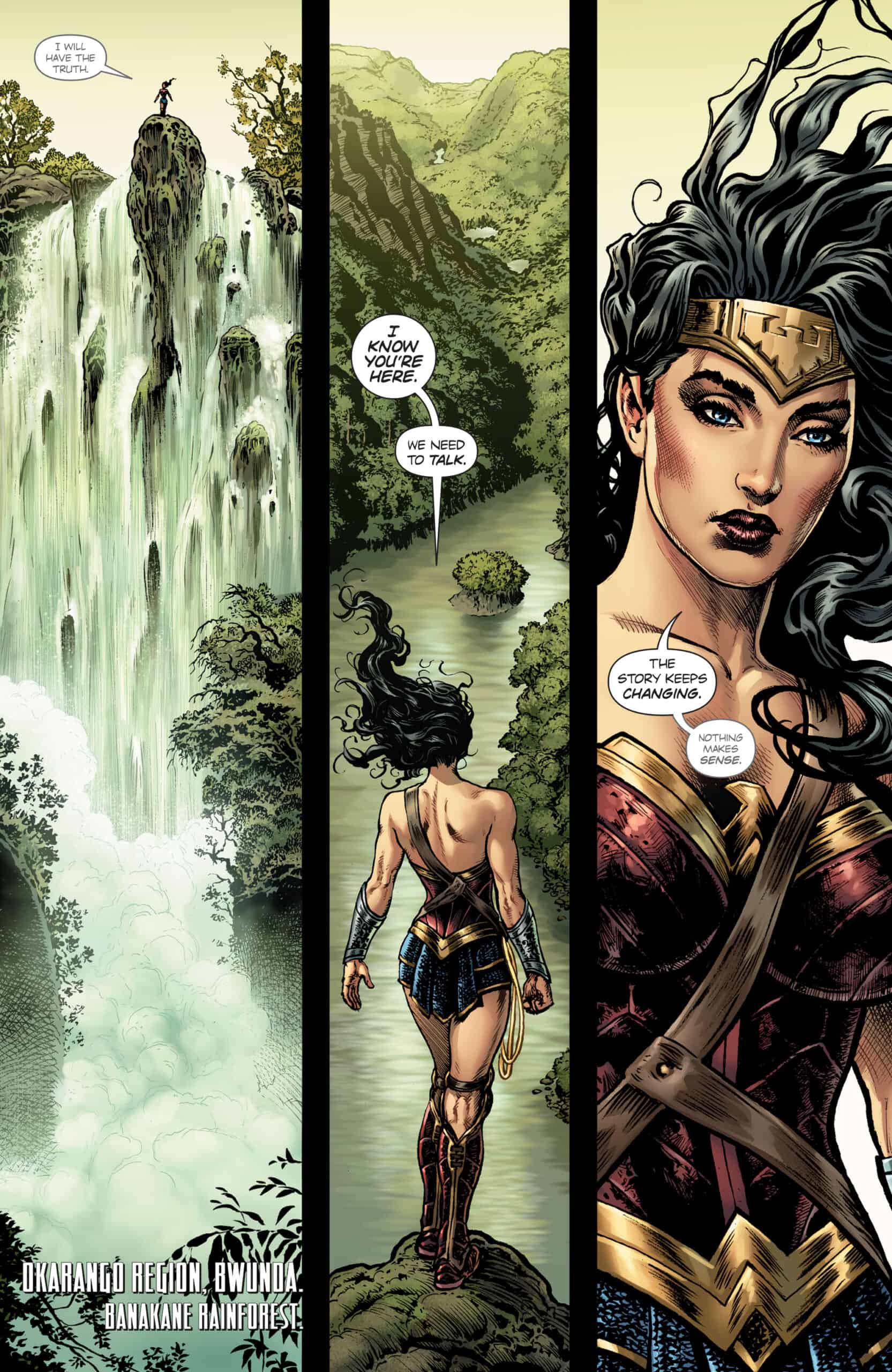 Liam Sharp is the artist for this issue, chapter 1 of The Lies. His artwork is perfectly gritty for this tale, yet not off-putting to longtime Wonder Woman fans. Diana is still beautiful, strong and expressive. And she now wears a battle-skirt! Steve, Etta, and Cheetah are all given revamped looks. Steve is given a grizzled beard, while Etta brings some much-needed diversity as a freckled black woman. Cheetah is given a drastic makeover, appearing as a humanoid monsters straight out of Greek Mythology. William Moulton Marston labeled the villain a “Modern Medusa” in her first appearance, and that couldn’t be more accurate here. She’s scary, but with a deep sense of sadness depicted beautifully by Sharp. Unfortunately, more recent artists have failed to capture that tragedy of the character, but we’ll always have The Lies.

As for the story, this chapter is short but a great introduction to the new and improved Wonderverse. Wonder Woman is searching for answers, and only the Cheetah can help her. We get some fun action as she battles Urzkartaga’s servants, the Bouda, which adds some fun mythology to the fictional god. Meanwhile, Steve and his men (Manny, Dave and Chris, all of whom have sadly been absent after Rucka’s departure) are on a mission against a rogue colonel, Andres Cadulo. But Diana’s and Steve’s paths may cross sooner than they think.

If you’re a fan of this first chapter, I strongly recommend reading the rest of Greg Rucka’s stellar run — you won’t be disappointed!

The Lies is one of the definitive stories for Wonder Woman and Cheetah, propelling the relationship of the two enemies in a new and fascinating way.