Wonder Woman: Evolution #1: Because It’s There 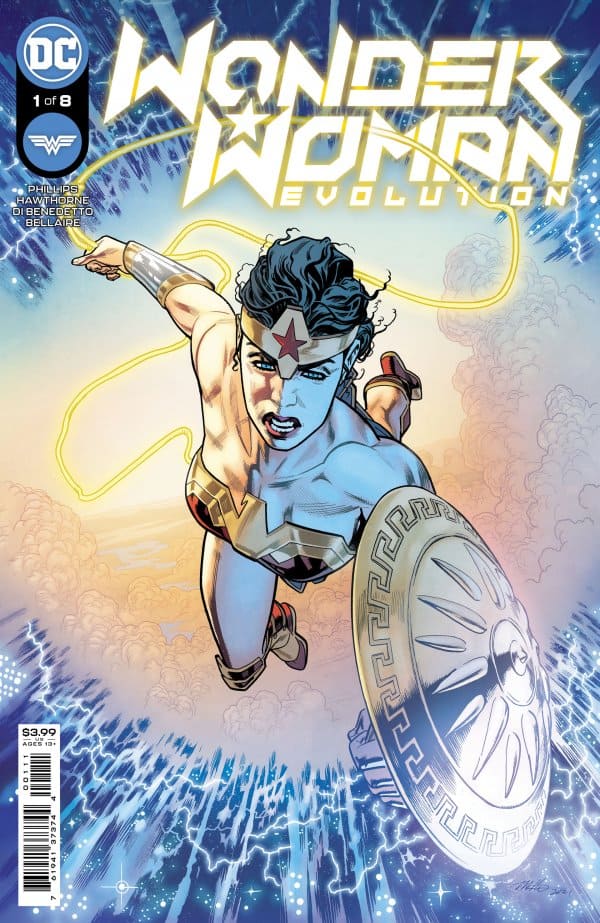 Whisked away from Earth by a distant cosmic entity, Wonder Woman is forced to navigate a series of perilous challenges that push her to the brink both mentally and physically. At stake is the fate of all humanity, with the alien entities casting Diana as Earth's proxy for a trial judging humankind's worthiness to exist in the universe. Can Diana stand trial to save humanity without losing her own? Harley Quinn's Stephanie Phillips teams with acclaimed artist Mike Hawthorne (Daredevil, Deadpool) for his first major DC project, an epic Wonder Woman tale unlike any other!

Let me start this review by saying Mike Hawthorne is a fantastic artist, and his work on Deadpool and Daredevil (among others) have been stellar. But his art is just not a great fit for Wonder Woman.

The story is very much a set-up issue while also reuniting Wonder Woman with her old frenemy Vanessa Kapatelis, aka the Silver Swan. I’ve never been a huge fan of Vanessa as the Swan, especially not the Rebirth take on the character. Killing off her mother, Julia Kapatelis, who was such a pivotal character in Diana’s life during George Perez’s critically acclaimed run in the 80’s is just insulting. And worse, they made Vanessa into Diet Cheetah by making her a former-friend-turned-sworn-enemy. I’ve always been rooting for the return of the original Silver Swan, Helen Alexandros, who was an agent of Ares and represented the “ugly duckling becomes beautiful swan” archetype. But nevertheless, we’re stuck with Vanessa as the Swan for the time being. 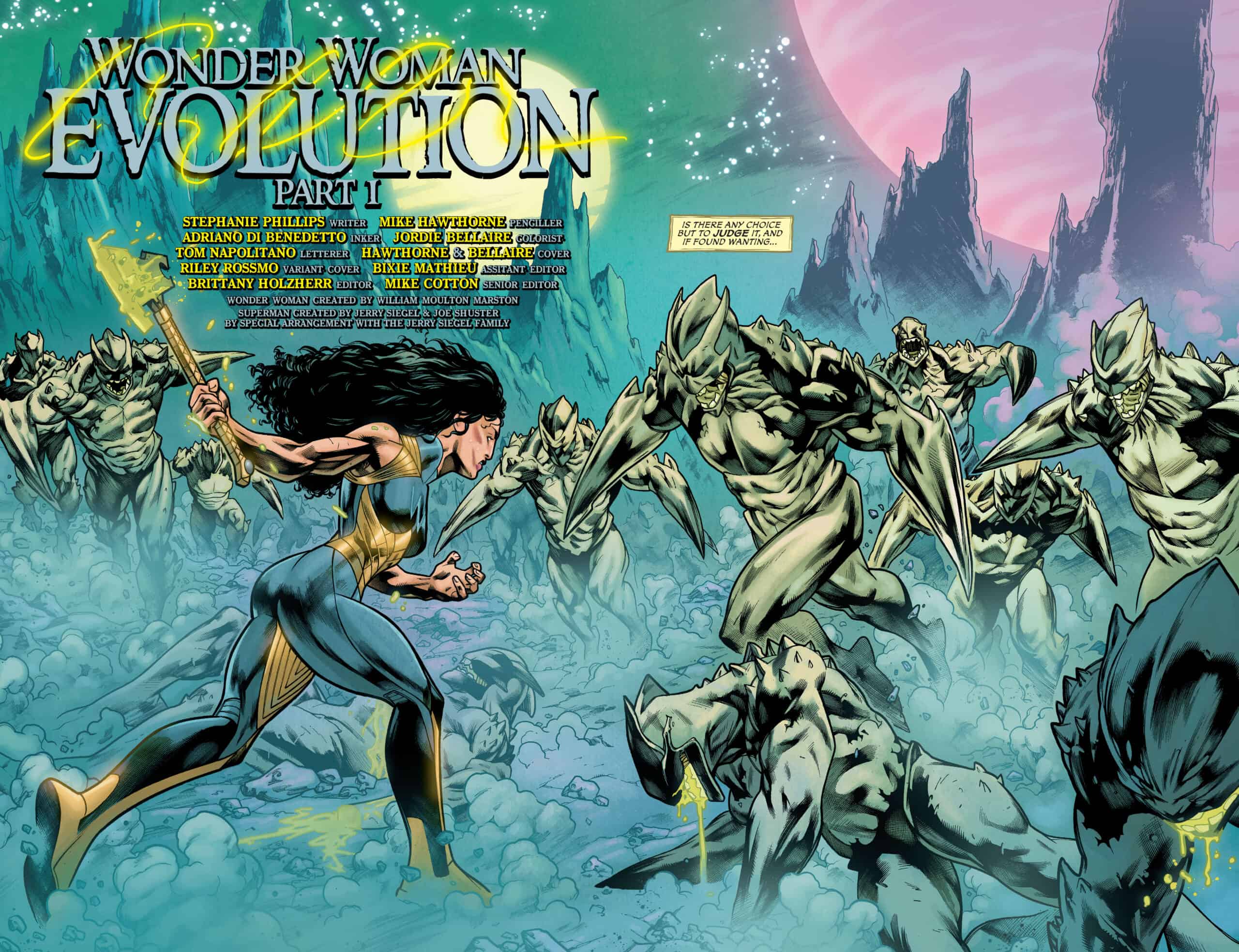 I have to say, I wasn’t mad at the fight scenes between Diana and Nessie. While the setup was very generic (attacking a bunch of children to get Diana’s attention? Oof), the battle itself was fun. We get to see Silver Swan level-up into a fully cybernetic version who is actually quite cool. And this is where Hawthorne’s art excels: the fun action scenes.

We also get some nice Superman/Wonder Woman bonding (with NO romantic subtext, thank you), and we get a taste of what Wonder Woman’s super speed is like on par with Superman’s. Superman also looks quite good here under Hawthorne’s pencils. I think it may be just his Wonder Woman that I have major issues with. But since this is a Wonder Woman title and not Superman, I have to be a bit more critical. 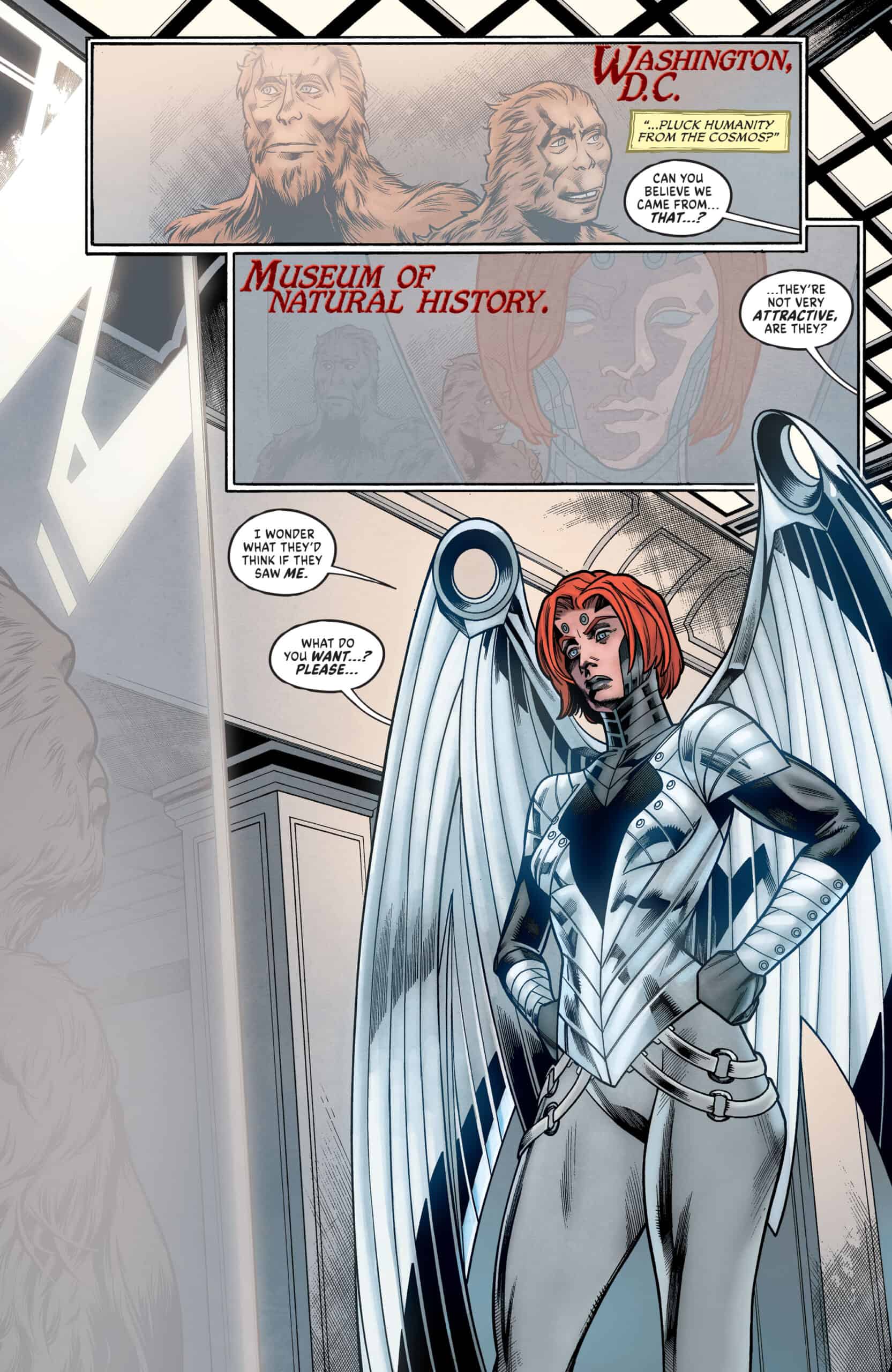 I have to give a major shoutout to Jordie Bellaire, easily one of the best colorists in the biz. Her colors are vibrant and eye-catching, especially on Diana. The gold accents and her blue eyes are a highlight for this story.

Because this issue is largely a setup issue, I'm hesitant to comment too deeply on Stephanie Phillips' writing. But while Mike Hawthorne is a critically-acclaimed artist, I found his art style for Diana to be too rough, too jagged, and not nearly as wonderful as the superheroine is meant to be. Hawthorne's art worked with the rest of the story, but Wonder Woman is the titular hero so I cannot recommend this story to longtime Wonder Woman fans. I do have a feeling this story, like Brian Azzarello's and Cliff Chiang's, could be popular outside of the Wonder Woman fandom and hopefully bring in new fans.

Wonder Woman: Evolution #1: Because It’s There