Am I in the Right Book? (Wonder Woman #33 Comic Review) 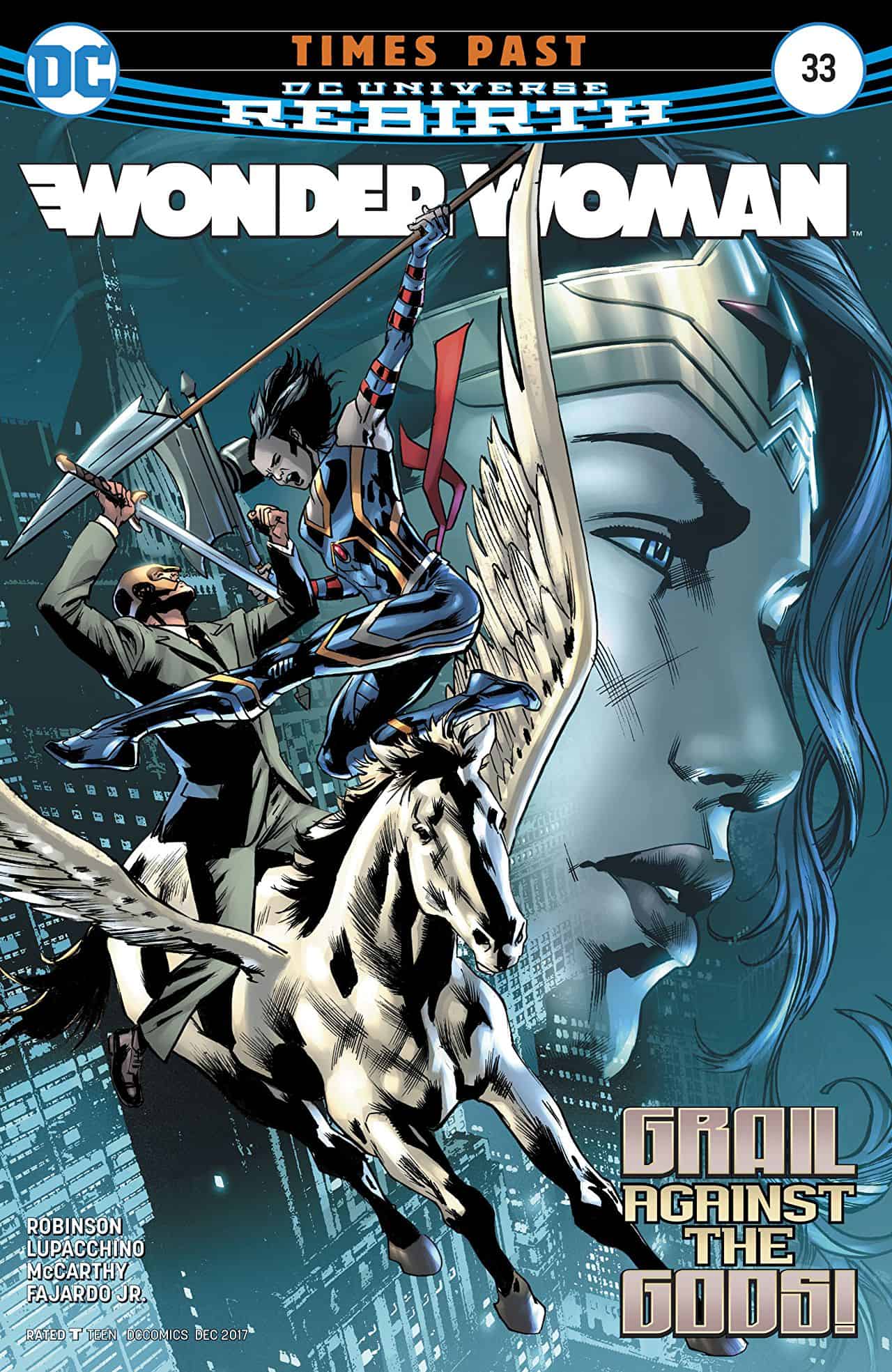 In Part 1 of the “Times Past” story, we catch up with Grail and find out what she’s up to and what she and her father Darkseid have planned for Diana.

Grail is on a mission to restore her father, Darkseid, to his former glory by targeting the children of Zeus. This plan has put Wonder Woman and her newly-found twin brother squarely in the path of danger.

What You’ll Find out:

Well, if you were hoping to find out what’s going on with Diana, too bad. Except for some flashback panels, Diana really doesn’t appear much in her own title this issue.

We learn more about Grail’s plan, Darkseid’s state, and the peculiar choices lifestyle choices of immortal demigods in a modern age. We learn a little bit more about Diana’s brother and that Darkseid has plans for him. Otherwise, most of the issues are filled up with Grail musing at length about things we already knew.

Not much, honestly. In fact, I’m not sure I learned much of anything from this except Perseus now wears a suit when he rides Pegasus. This entire issue is a bizarre installment. Diana not being in it is just the beginning. The issue never seems to advance, in fact, it seems to loop back onto itself in a way that doesn’t really reveal anything new. Most of the new pieces are details that could have been filled in as the story moved along. But unless there was something extremely subtle at play, the story didn’t seem any further along or enhanced by the end of the issue. The arc started strong enough, slowed a little last issue, and came to a full stall with this one.

From an objective standpoint, the writing itself was good and the art is clean, fun and well-rendered. The members of the creative team work together well in terms of style. The book and increasingly the arc just seemed to have little to do with Wonder Woman. What little it did have to do with her was old ground, there just…… wasn’t anything there. Even Grail’s musings didn’t really develop her much as a character, I don’t know any more about her now than I did before I read the issue.

Final Thoughts: I’m really struggling with this book. Since Rucka’s run ended the series seems to be casting around in all directions to find its identity. There is nothing really bad about the book, it’s just….bland right now. The current arc seems to be less and less about Diana and more and more about other people around her, she’s become almost a spectator in her own book. Bring Wonder Woman back, team, ultimately she’s who we’re here to see.