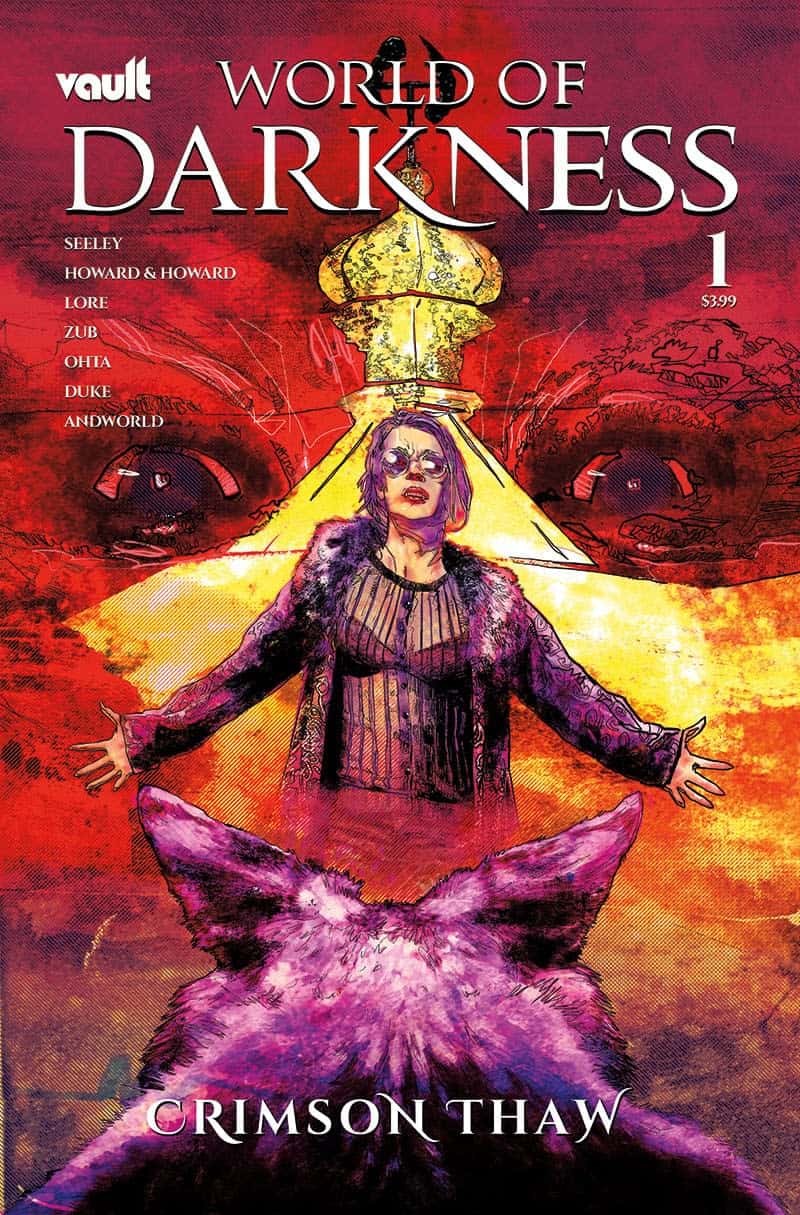 First of the three-issue event series continuing the story of Winter’s Teeth and merging Vampire: The Masquerade lore with Werewolf: The Apocalypse! Now-Prince Cecily is investigating the new werewolf thread when she bumps into her old anarch gang. Hearing Ali in her head since she killed her, and willing to twist the Camarilla’s structures for a bit of chaos, she might be chewing more than what swallow.

As there’s worse living in the shadows than vampires.

This comic is a delight of tension, escalation and use of lore to drive the story, as it continues picking the threads and high notes of Vampire: The Masquerade: Winter’s Teeth. Seeley’s central, psychological drama, personified in Cecily and Ali’s relationship, now haunting her from the grave, meshes perfectly with the Howard’s gang of outsiders’ reckless bravado and carefully detailed group dynamics. If you’ve read the previous series, in this issue the best part of the two split stories mixes, as the political intricacies crash directly with the chaos of this new enemy, and Cecily puts it all upside down. If you haven’t, I’d say it’s a recommended read for getting all the juice out of World of Darkness: Crimson Thaw, but not a necessity for feeling the terror and conflict of this first issue, that builds around the introduction of the lupines by Jim Zub and Danny Lore’s relatively small part of this first issue, but that accounts for creating an unescapable tension. 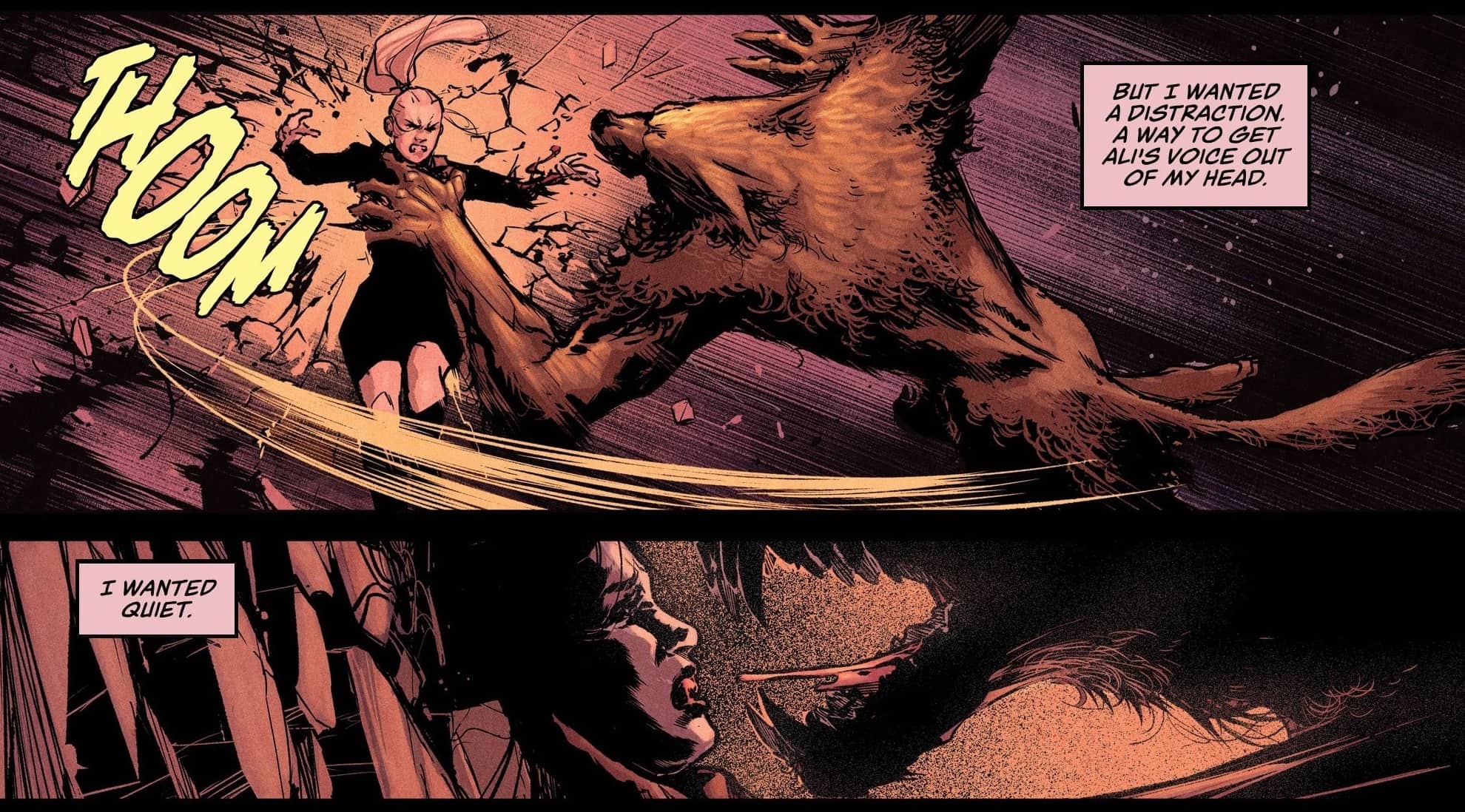 To round up the carefulness put into building the story, the rough, dark, bloody art is a delight that helps you follow each psychological thread, and isn’t afraid of shocking and terrifying. Stakes get high (there’s even a purposely abrupt death there), and, as Ohta’s intricate lines and Duke’s dark gloomy colors lure you in, this comic gets you well into the blood and flesh of its characters. Plus, the introduction of the lupines is spine-chilling and the way it plays with the lore feels like one of the best build-ups in comic adaptations, expanding and enlarging its story by everything that surrounds it and isn’t told. This comic achieves the perfect combination of a small cast of relatable and sarcastic characters with a thread that feels over-expanding, life/death-changing, inevitable, looming over them.

World of Darkness: Crimson Thaw #1 thrills, terrifies and ups the stakes. Plus, it is delivering the fruits of some fantastic character work and design into a visually enchanting issue. 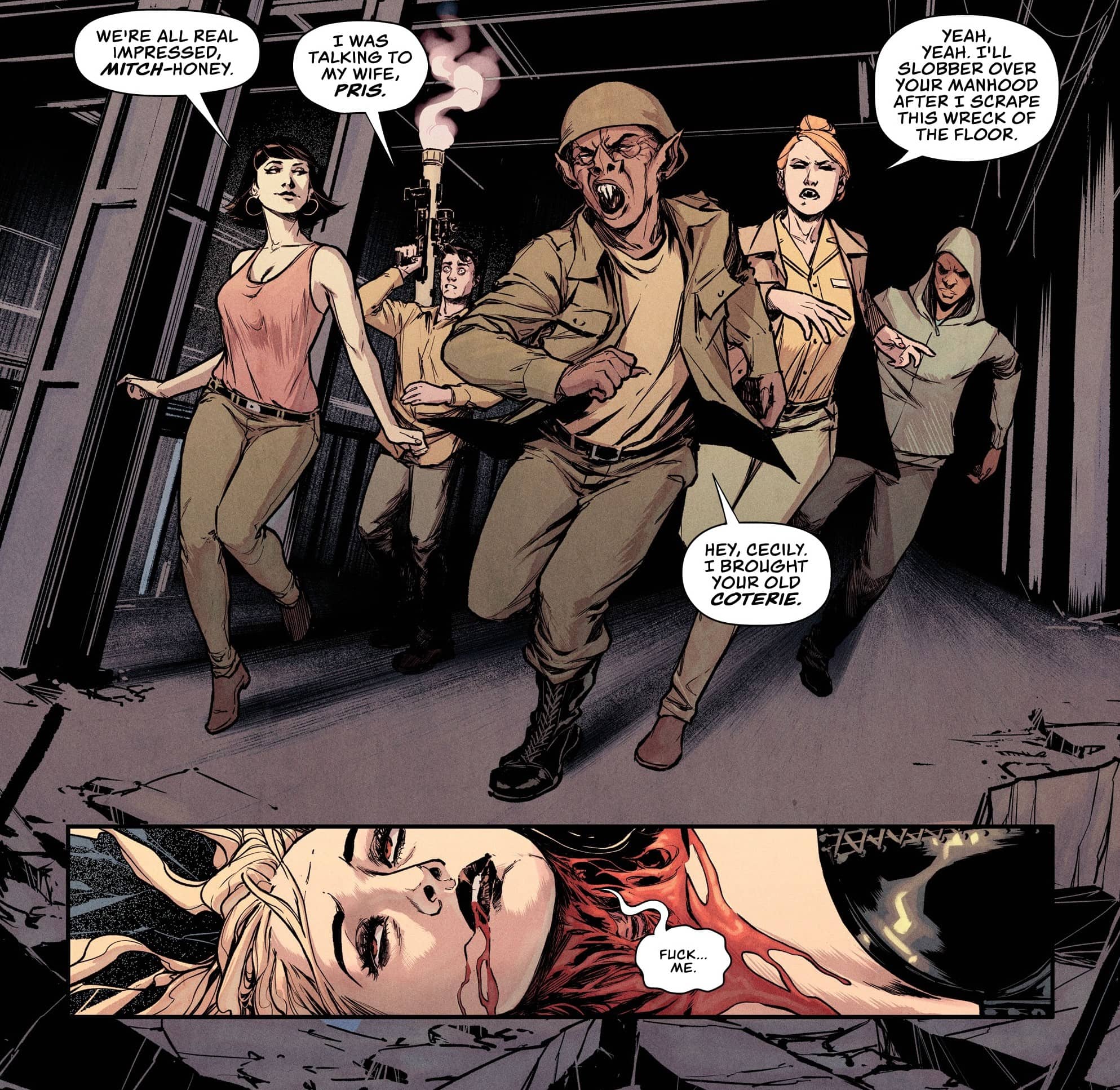