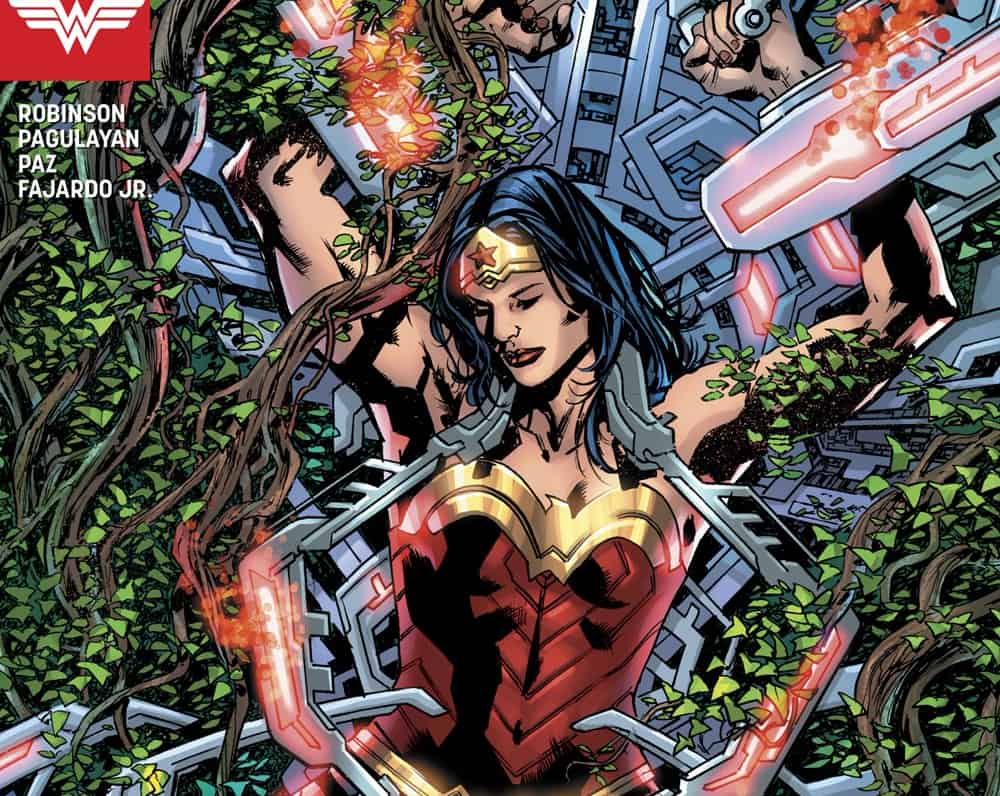 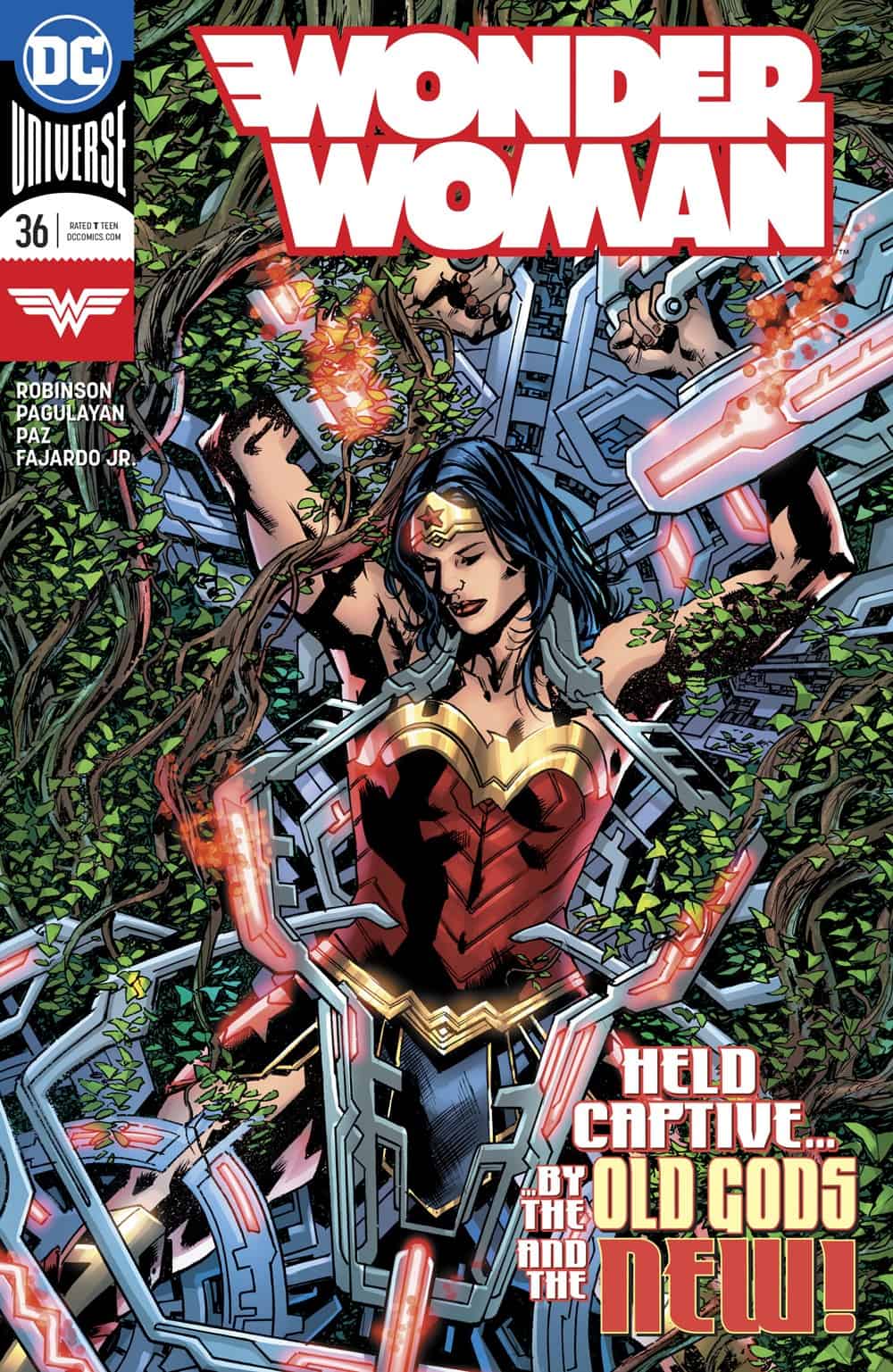 In Part 4 of the “Children of the Gods” storyline, Diana’s reunion with twin brother has not gone quite as planned, thanks to Grail and Darkseid. Will her desire to connect with her family cost her everything?

Diana meets her long-lost, long-hidden, twin brother Jason who has betrayed her to Grail and Darkseid. Darkseid has been absorbing the energies of the children of Zeus. Now Wonder Woman is Darkseid’s captive about to be sacrificed in order to return him to glory.

We learn Jason’s entire motivation seems to be intense loneliness and resentment over no one ever coming to find him. In turn, we learn Diana seems to have inherited the brains between the two of them, as she points out 1) he could have sought her out any time especially given that he had no trouble teaming up with Grail and 2) the “oops I didn’t mean to kill them” line might not be the sincerest one.

Diana does get to kick a little butt in this one, a definite improvement from her practical non-appearance last issue. Darkseid finally enters the fray, putting Diana on the ropes as Jason struggles with his conscience and his worldview. I’m having a little trouble buying that he’s been following her since she appeared but seems to know nothing about her as a person, but like I said, kinda thick this one. As the issue draws to a close, the last (presumably) player in this little drama throws their hat into the ring and we’re set up for a good old-fashion god-level boss fight. Who will be the supreme champion in this life-and-death matchup? Tune in for the next installment and find out.

Diana gets more face-time in this issue, even though she still seems more of a participant and less of a star. Her brother is as thick as the average brick, so the story is a bit forced as we have to believe that Jason is incapable of even basic-level logic. I’m hopeful that her face-off with all three antagonists is putting her back center stage, but the late-game arrival and end-issue teaser leave me a bit worried that she might become a spectator in the final battle.

The art continues to be solid, with a nice classic style and clean lines. Visually the story is well-rendered and flows nicely. I liked the panel variations, especially during the initial fight with Grail. There were some creative layout designs in there that conveyed action in a very effective way.

The writing itself is good, and there was more of Diana in this one than in previous installments (which obviously has been my largest criticism of the currently interwoven arcs). Diana is understandably angry, but her interactions with Jason have been a bit puzzling. Perhaps that is to be expected given how complicated her emotions regarding her family have been. Her reaction to Darkseid was a little more straightforward, though to be honest, I was surprised that she barreled in as blindly as she did. Perhaps there is an argument for Amazon savagery, but Diana is also trained in strategy and should know better than some of the things she does in this issue. Overall, the action carries most of the book, which as a whole is a definite improvement over the last issue or two.

Final Thoughts: Jason could do with a little more sense, Diana could do with a small time-out, and things are definitely getting more interesting. With so many heavy-hitters on the field now though, my only concern is that Diana might get lost in this mix again.