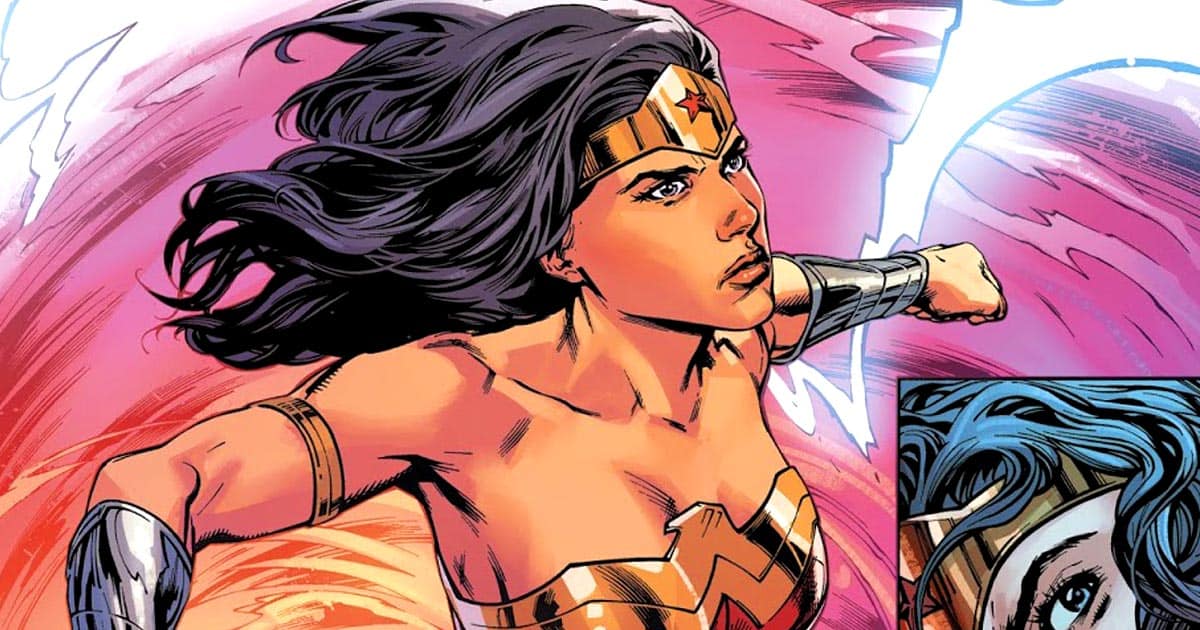 Children of the Gods wraps up as Diana faces off against Grail and Darkseid. Even with her brother seeing the light, Diana is on the ropes until Zeus throws his thunderbolt into the ring. Will the arrival of their father put an end to the threat or dial the family drama up to 11? 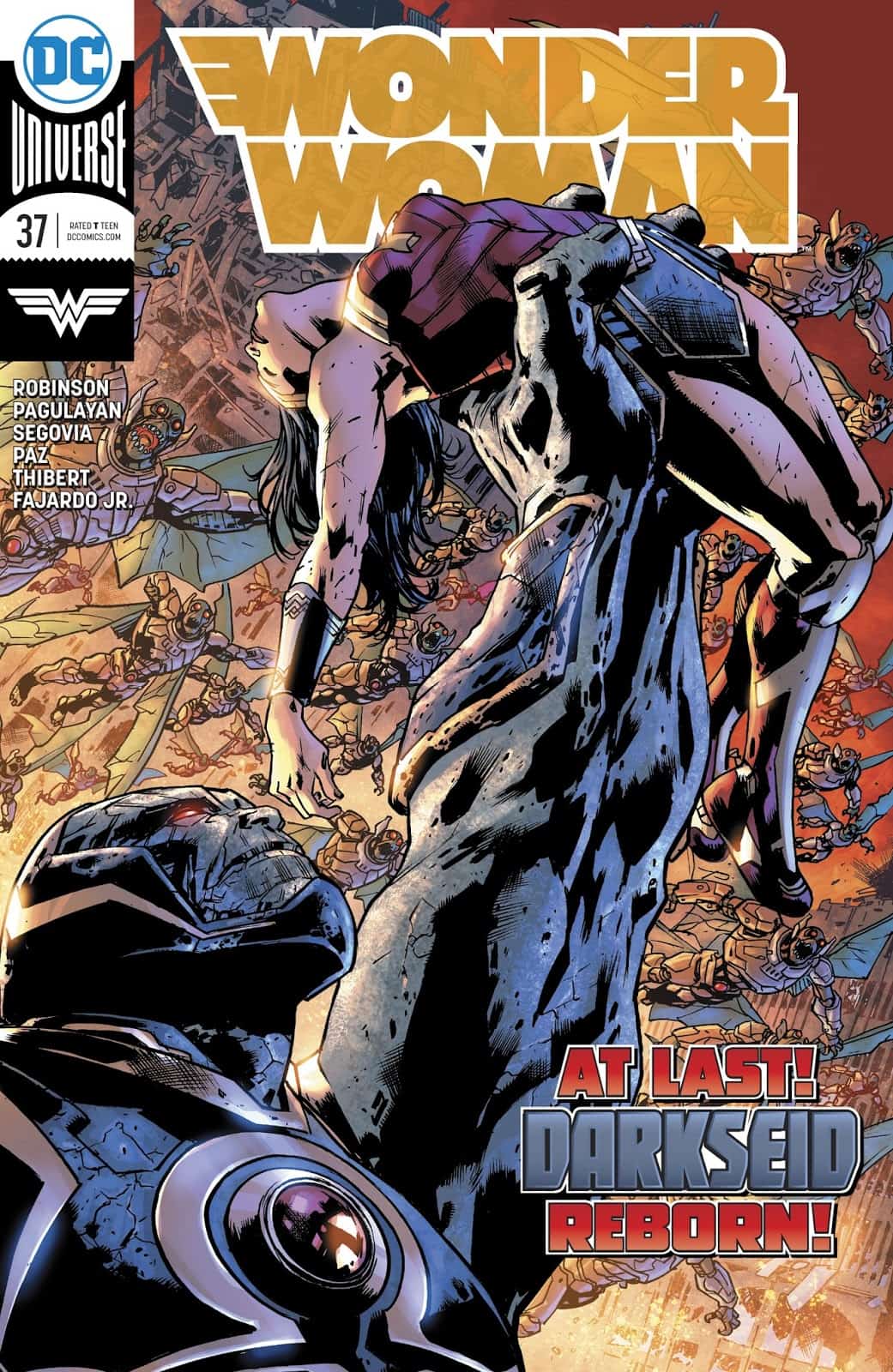 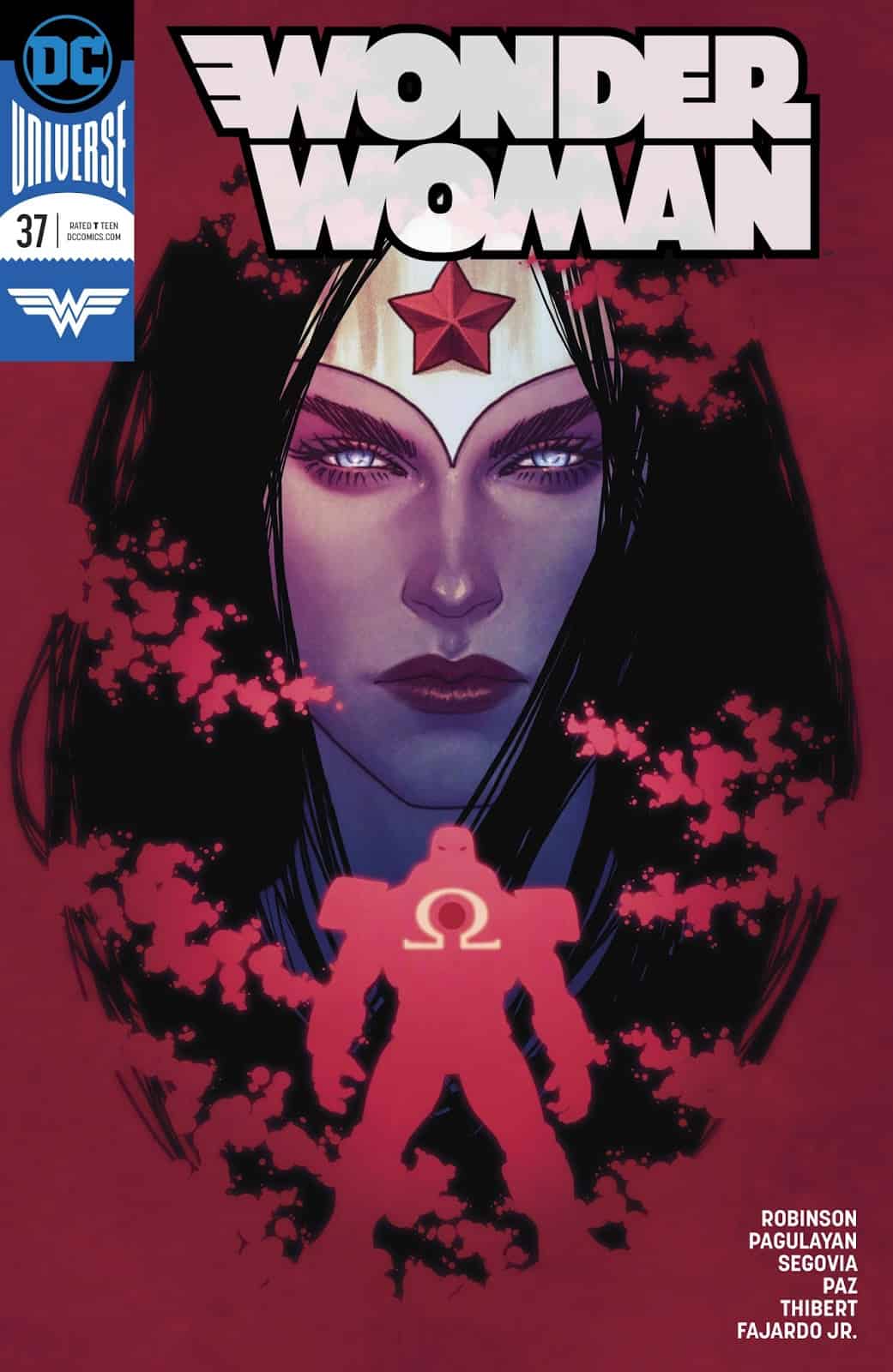 Diana has managed to get through to her somewhat dense brother (or maybe he just grew a pair of eyes) and broken away from Grail and Darkseid. Not in time to stop Darkseid from reaching adulthood and considerable power. Both Diana and Jason are in the crosshairs and facing death when Zeus suddenly appears on the scene, determined to take care of Darkseid himself.

Darkseid seems undaunted by the appearance of Zeus, indeed he seems to relish the challenge. Jason and Diana attempt to recover and aid their father, but when Grail intercedes mostly all they manage to do is keep her at bay. Darkseid and Zeus disappear into a boom tube, and on the other side of the transport, the Lord of Apokolips unleashes the final part of his plan. Diana follows behind them and is quickly torn between protecting the innocents endangered by the battle and aiding her father in defeating Darkseid. 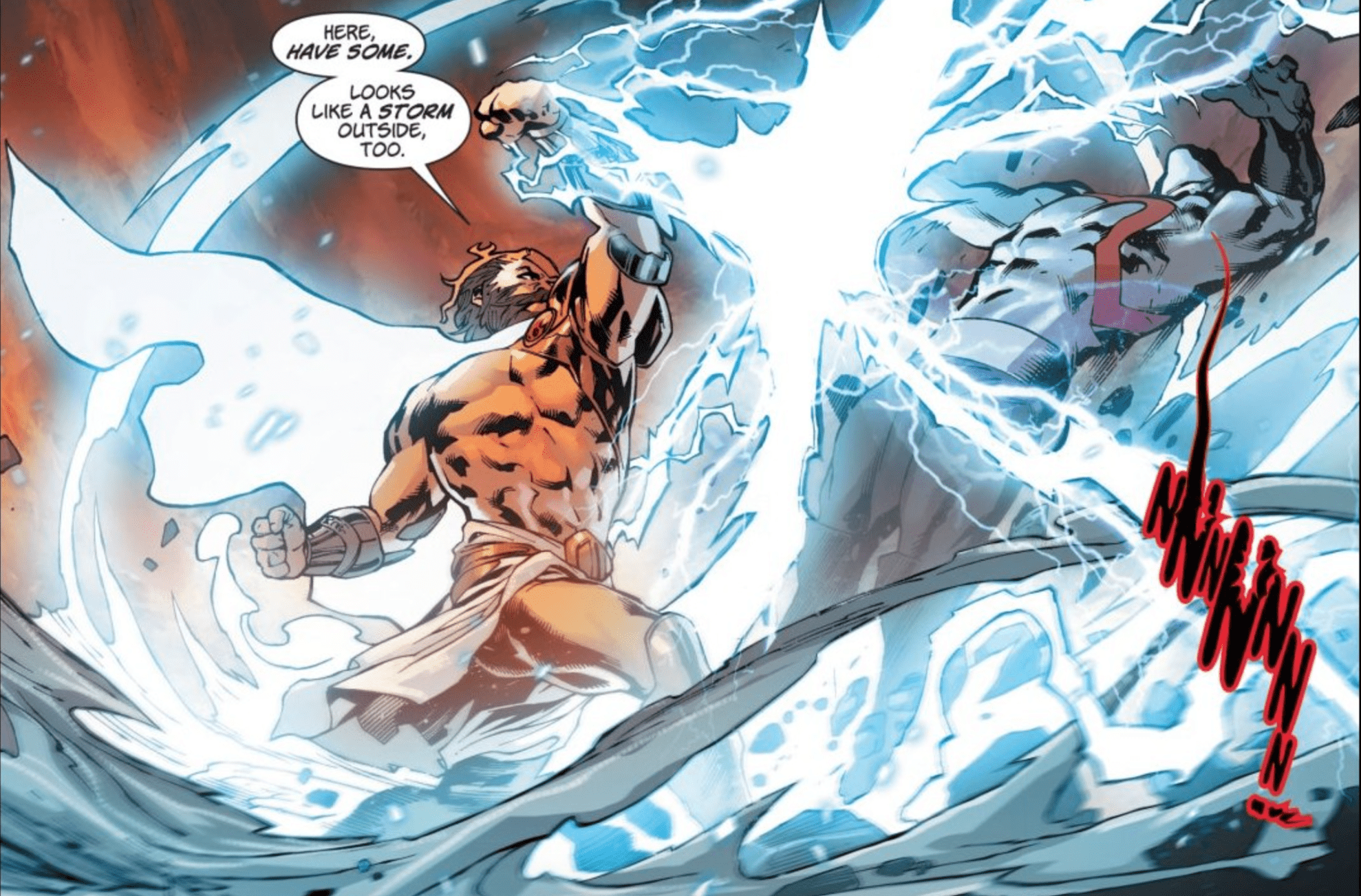 During the battle, both Zeus and Darkseid show why they are the respective powerhouses of the Old Gods and the New. A partially-regenerated Darkseid seems no match for the Olympian, however, and Darkseid is hard-pressed to complete his plan. When Darkseid reveals his final cards and takes his final gamble, one side emerges triumphant and the other feels the pain of staggering loss and defeat. The end of the issue leaves off with several consequences that are sure to resonate throughout the DC universe and have lasting consequences for Diana.

Here we see the end of the Children of the Gods and of Grail’s quest to restore her father. The story ties things together better than previous issues have and the tale takes on more of the quality that the author seems to have intended – a juxtaposition of Grail’s relationship to Darkseid and Diana’s relationship to Zeus. Seeing how Grail and Diana interact with each other and with their fathers is one of the more interesting parts of this story. In a story about family ties, how they both support and bind, this was the thing that kept the story tied together and finally connected everything in the end.

Honestly, now that we’re at the end of the story Jason seems almost superfluous, and I’m kind of wondering what his point is. Looking back, the entire story could have progressed without him and avoided the trend of too much focus being taken off of Wonder Woman for so much of the story. I still assume that the writers have more plans for him than just this story, but it seemed overall a weird way of introducing him. In some ways, it makes sense since this was a story about gods and their children and we knew that Jason was out there somewhere. But the only real contribution he’s had was to lure Diana to a place and throw her off-guard. And trading a few punches with her and then with Grail. With how reckless Diana’s acted throughout this story, I don’t think it would have been a stretch to do that some other way.

Diana doesn’t seem to be able to catch a break with these last few story arcs. Rebirth has been a series of down notes with very few ups. The good news is that the story pulled itself together and came to a more satisfying conclusion than I expected, though one that announced itself pretty loudly throughout the issue. But it still speaks to the strength of the story overall that you can see what’s coming and still be entertained by it.

The art kept pace with the story, continuing to convey action and suspense very well. The poses seemed a bit repetitive after a while, but that’s perhaps unavoidable in an issue that’s comprised almost entirely of fight scenes. Lots of flying, lots of punching, all very expressive and impactful without being overly graphic for graphic’s sake.

In the end as a Wonder Woman arc, the story didn’t focus nearly enough on the title character for far too long for my liking. As a story arc in general, this was a nice straightforward action tale that kept itself classic, sometimes predictable but never became trite. I’d say in the end I could have done without “Times Past” being added in between and with a little more of Diana, but I enjoyed this arc more than I did the one before it.

Final Thoughts: The Children of the Gods concluded with an issue that tied everything up well. Overall the arc was a good one, with the only real criticism of Diana being an almost secondary character for much of it. Now that this arc had concluded it will be interesting to see whether Diana plows headlong into another emotional rollercoaster of if she actually takes some time digest all she’s been through in the last couple of arcs.