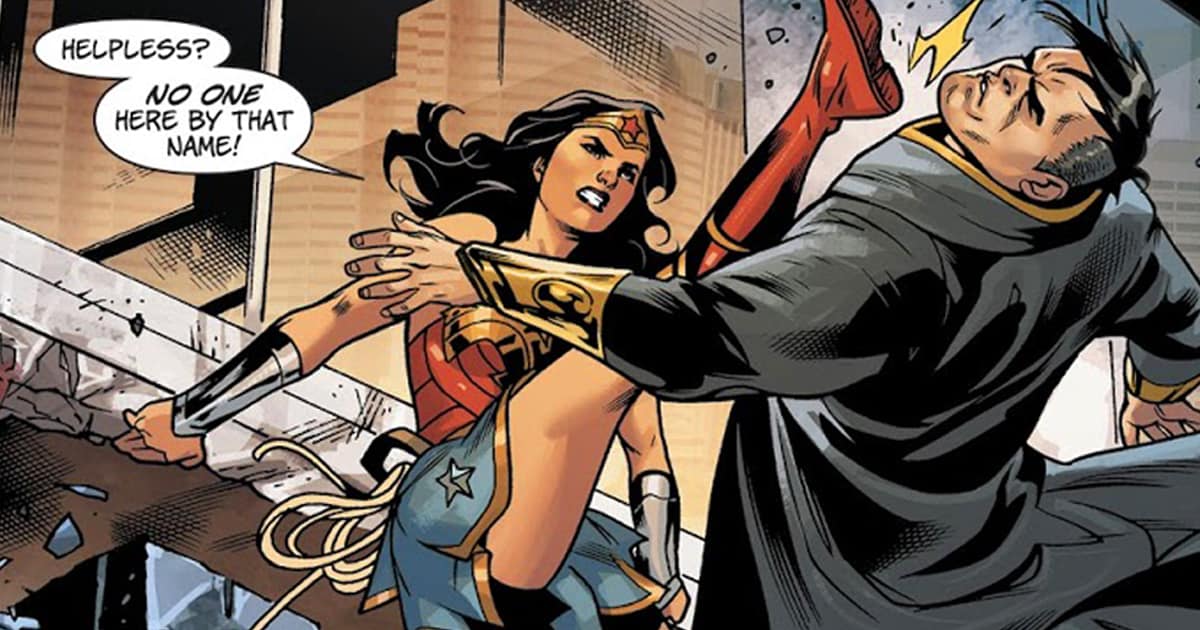 Diana’s biggest fan becomes her greatest enemy as a classic character makes her return and Rebirth debut as the Silver Swan. 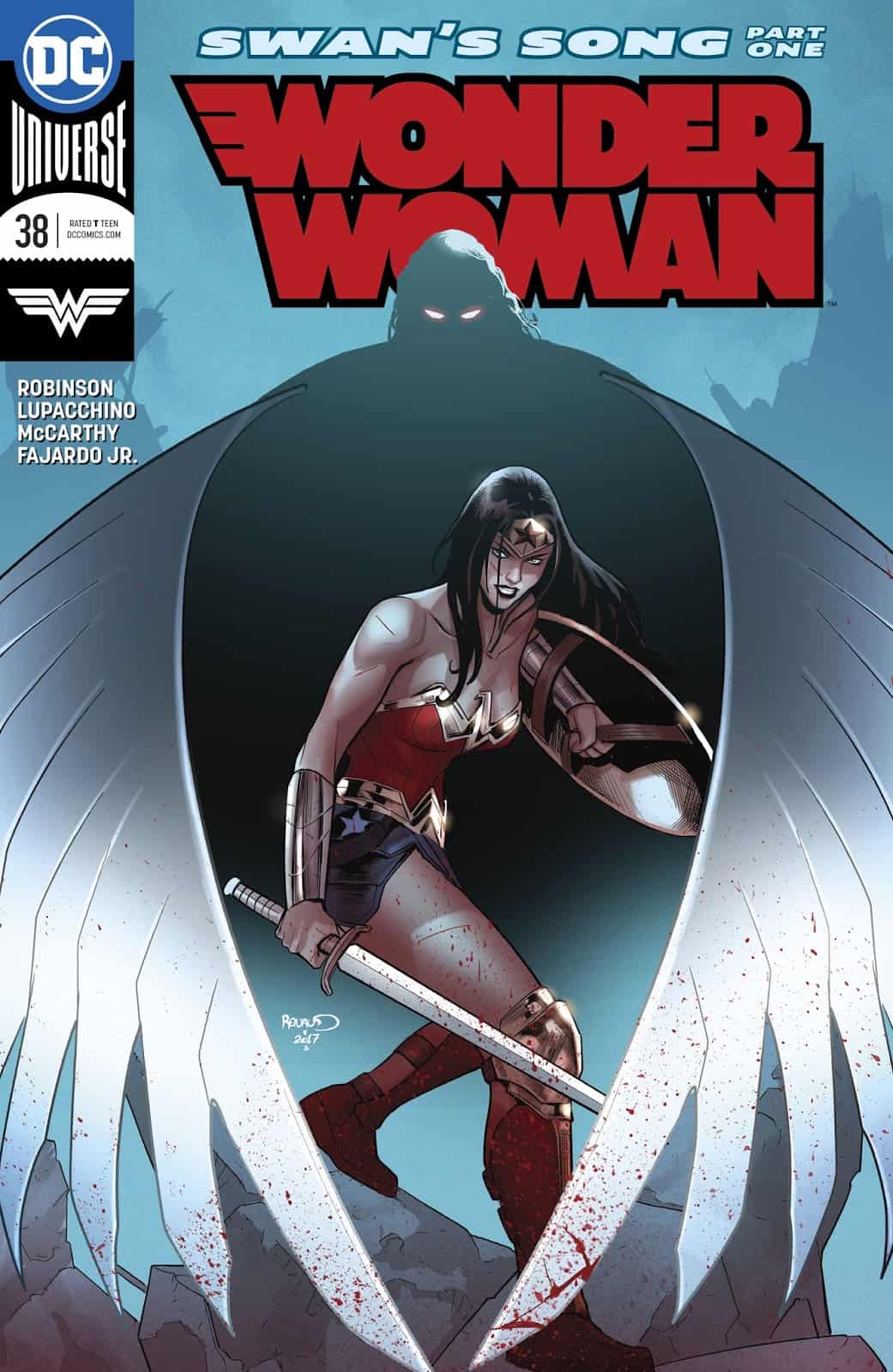 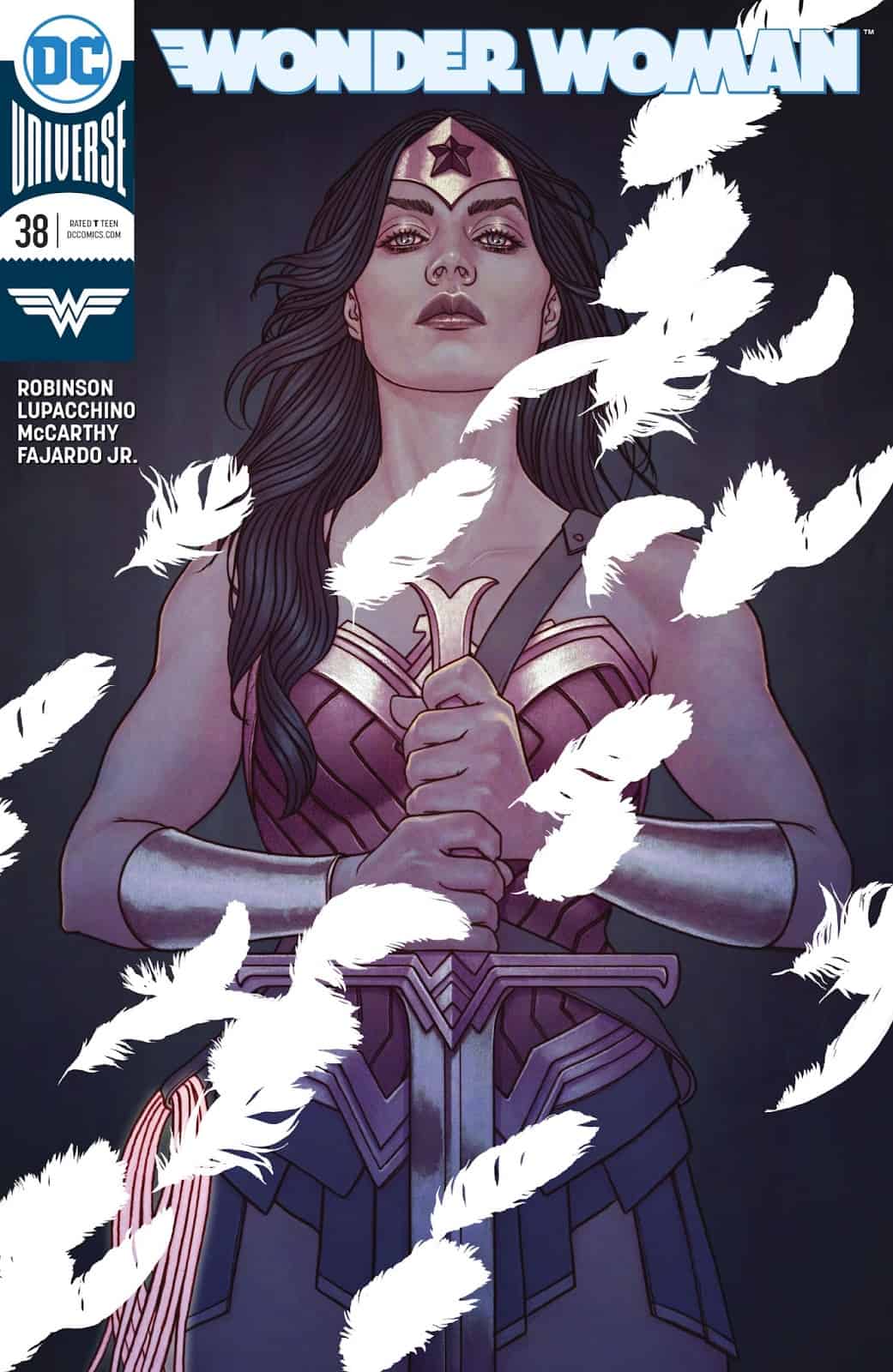 A new arc is starting, so not a whole lot is needed to get started. Wonder Woman has recently found her twin brother, Jason, and lost her father, Zeus in the battle with Grail and the newly restored Darkseid.

We start out sometime in the past and follow the life of Vanessa Kapatelis, a girl that was injured during a fight between Wonder Woman and Major Disaster. Vanessa is left paralyzed, but hopeful. Wonder Woman comes to visit Vanessa in the hospital, and though the girl’s dream of becoming a dancer, her friendship with Diana gives her hope.

At first, Diana visits often, and Vanessa seems to be on the road to recovery, she’s even in line for an experimental procedure that could help her walk again. As Diana’s life becomes busy with helping the world, she and Vanessa meet less frequency. During this time Vanessa’s recovery lapses due to tragedy, and she is left feeling helpless and abandoned.

Pausing for an interlude, we catch up on Diana’s current life and find that Jason has moved in with her. He seems to be having trouble adjusting to life in the city, and both he and Diana question what he really wants out of life.

As the issue closes, we find that Vanessa has taken up with plans of revenge and is intent on making her pay for abandoning her. And we meet the Silver Swan, Wonder Woman’s new worst enemy.

We see the re-introduction of Vanessa Kapatelis in the Rebirth Universe. Vanessa has been a staple of Diana’s life since her introduction in Pérez’s post Crisis run, a sometimes friend, sometimes enemy of Diana. Rebirth seems to be continuing Vanessa’s life as a tragically star-struck and disturbed former fan of Wonder Woman. This issue focused mostly on Vanessa, but in an improved way compared to the last arc. This felt let like Diana being sidelined and more like an exploration of her relationship in this new reality.

Following Vanessa through her recovery and then fall was an interesting take on what it’s like for people that are injured in these epic superhero battles. It makes sense that heroes often feel a sense of responsibility towards people affected by their actions, but there is also the pull of their other responsibilities. In many ways, this mirrors the reality of what happens to people as they drift in and out of each others’ lives and the guilt that many people feel when their own life leaves them too busy to keep track of a friend who is suffering in silence. I expect this story to be another gut-wrencher for Diana, though this time the continuing theme of betrayal has the tables turned and Diana as the accused.

I enjoyed the art, the style and the sense of movement are well-executed. I particularly liked the incorporation of Vanessa’s own drawings of her and Diana in a different format/style. Lupacchino and the rest of the team portray the emotional journey from hopefulness to hopelessness with very effective visuals.

Jason’s still around, and I just can’t get interested in him. His country boy in the big city wild parties and late nights just seemed like an unnecessary addition and a little on the cliché style. It seemed out of place with the rest of the issue, and really a waste of panel space. It will likely lead somewhere at some point, but since I’m not Jason’s biggest fan, for me it was just something to take away the main and far more interesting story of how Diana and Vanessa are going to spar on their many levels.

Final thoughts:
This was a solid start to a story, despite the awkwardness of Jason’s party shenanigans. Of all of the arcs since Rucka’s run ended, this is the most promising. I’m looking forward to the new take on Vanessa and how Diana is going to handle her troubled friend.