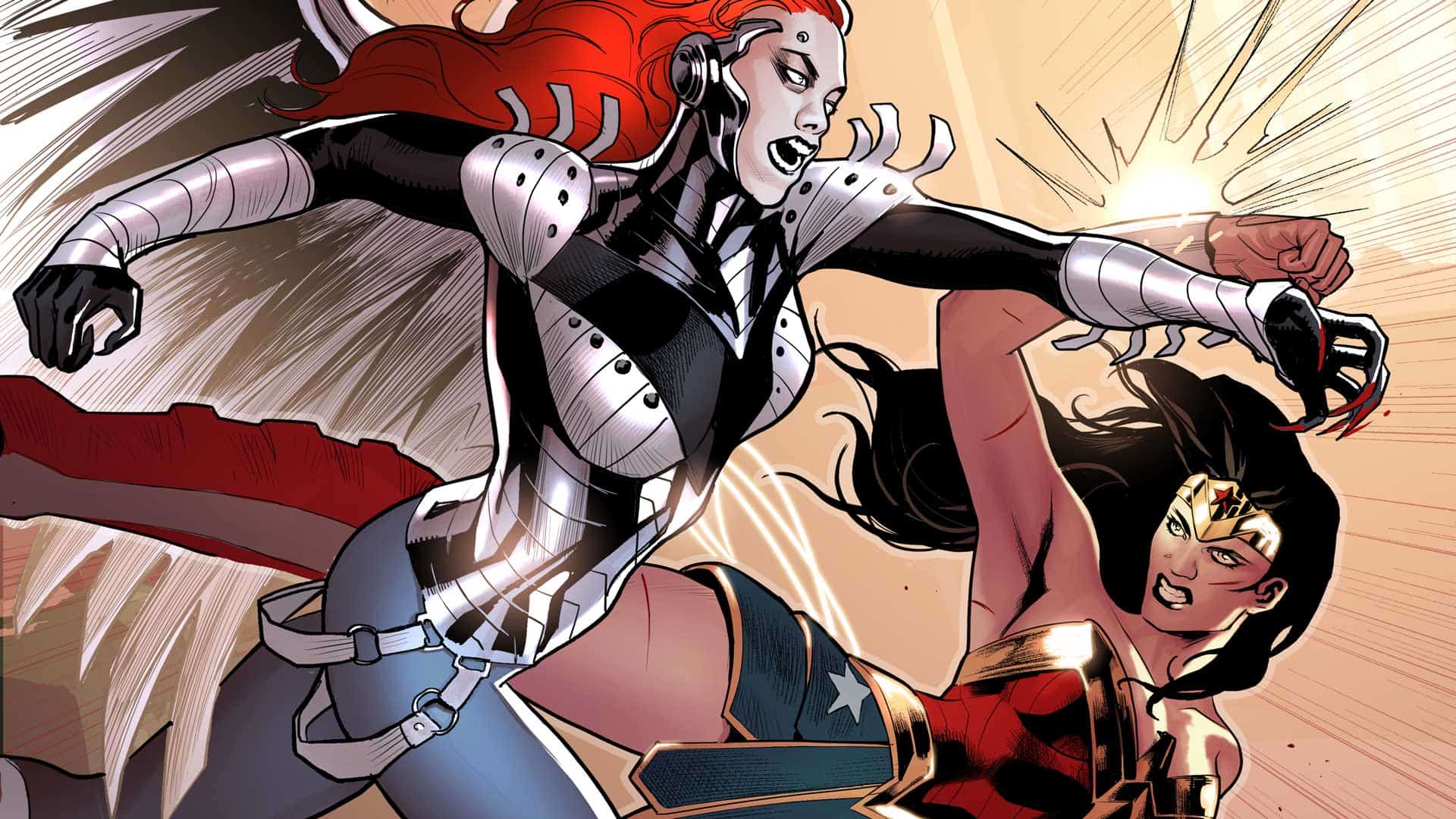 The Silver Swan makes her Rebirth debut with a splash and a slash. Will Diana and her brother be able to clip her wings?

What You Need to Know:
Vanessa Kapatelis was a young girl injured in one of Wonder Woman’s battles. Once heartened by Diana’s friendship, Vanessa became bitter as Diana became more distant and Vanessa’s life became darker. Now filled with hatred for her former friend, Vanessa has become the Silver Swan and plans to take revenge on Wonder Woman.

What You’ll Find Out :
Vanessa and Diana duke it out and catch up on what’s been going on in each others’ lives between blows. Wonder Woman pulls her punches as she tries to talk Vanessa back from the Silver Swan.

In the meantime, we catch up with Darkseid and Grail and what they’ve been up to. The Female Furies make an appearance as they go up against Trevor and his team of odd fellows. We also catch up with Jason, going through his teenage rebellion phase. When he sees Diana and the Silver Swan engaged in battle, he flies off to his sister’s aid. The good news is Wonder Woman now has back up. The bad news is the Silver Swan now has a target that Diana cares about. As Jason rushes in, all hell breaks loose and who survives is anyone’s guess.

Everything started off pretty well with a good old-fashioned barn burner of a fight. As Vanessa loses her rage on Wonder Woman, Diana is increasingly faced with the choice of helping her friend and defeating her enemy.

I had kind of hoped that Darkseid was done with being in Diana’s book and had moved on to more general issues. I’ve never been a particular fan of Darkseid, and I never really associated him with Diana, though they have been more interconnected of late. For whatever reason, I find his continued presence in the book distracting and I really didn’t like how it broke up the flow of the Silver Swan story. Jason entering the battle might have an upside for me, though if he doesn’t survive the fight it will be a bit odd to go through all the trouble to tease and then introduce him just to off him. But I think I could live through it. The next issue is already billed as the finale of the arc and it feels like it barely started. This book seems to still be having trouble with its pace, but at least Diana is figuring prominently in her own book again.

Final thoughts: The Silver Swan arc is still off to a good start, but it’s still just starting because of all of the side arc distractions. This still has potential to be one of the better recent arcs, we’ll see what the finale brings.