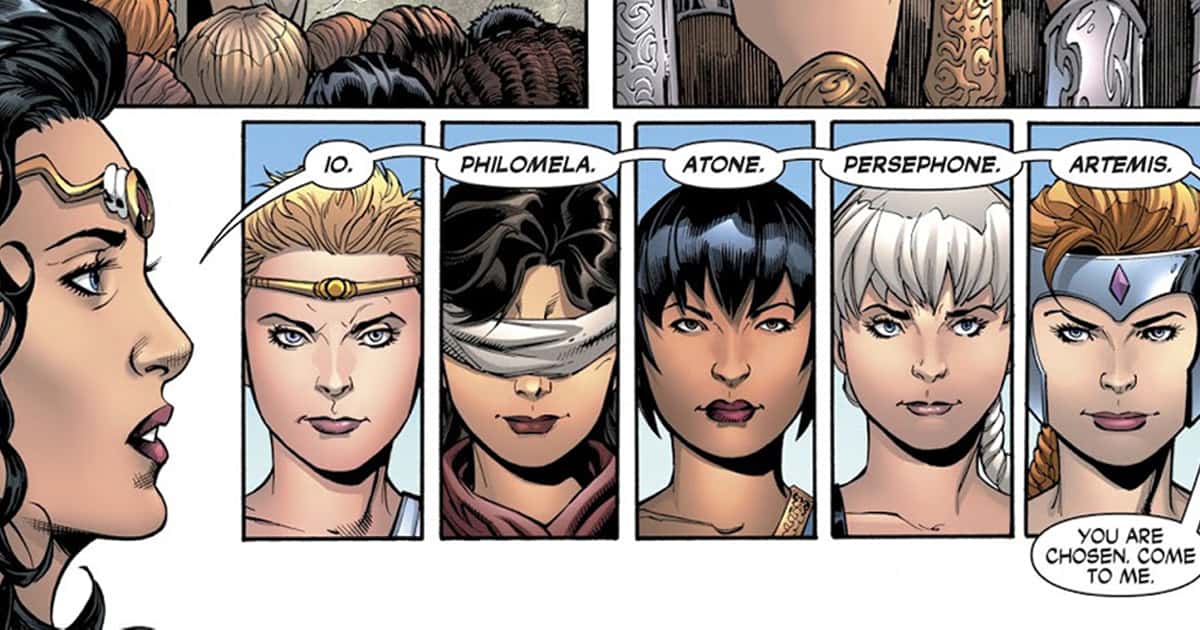 As Wonder Woman and Conan race to save a town from the Corvidae, the crow-sisters tangle the web even further. Will the Amazons be able to return Diana to her time? Will Conan find his long-lost Yanna? 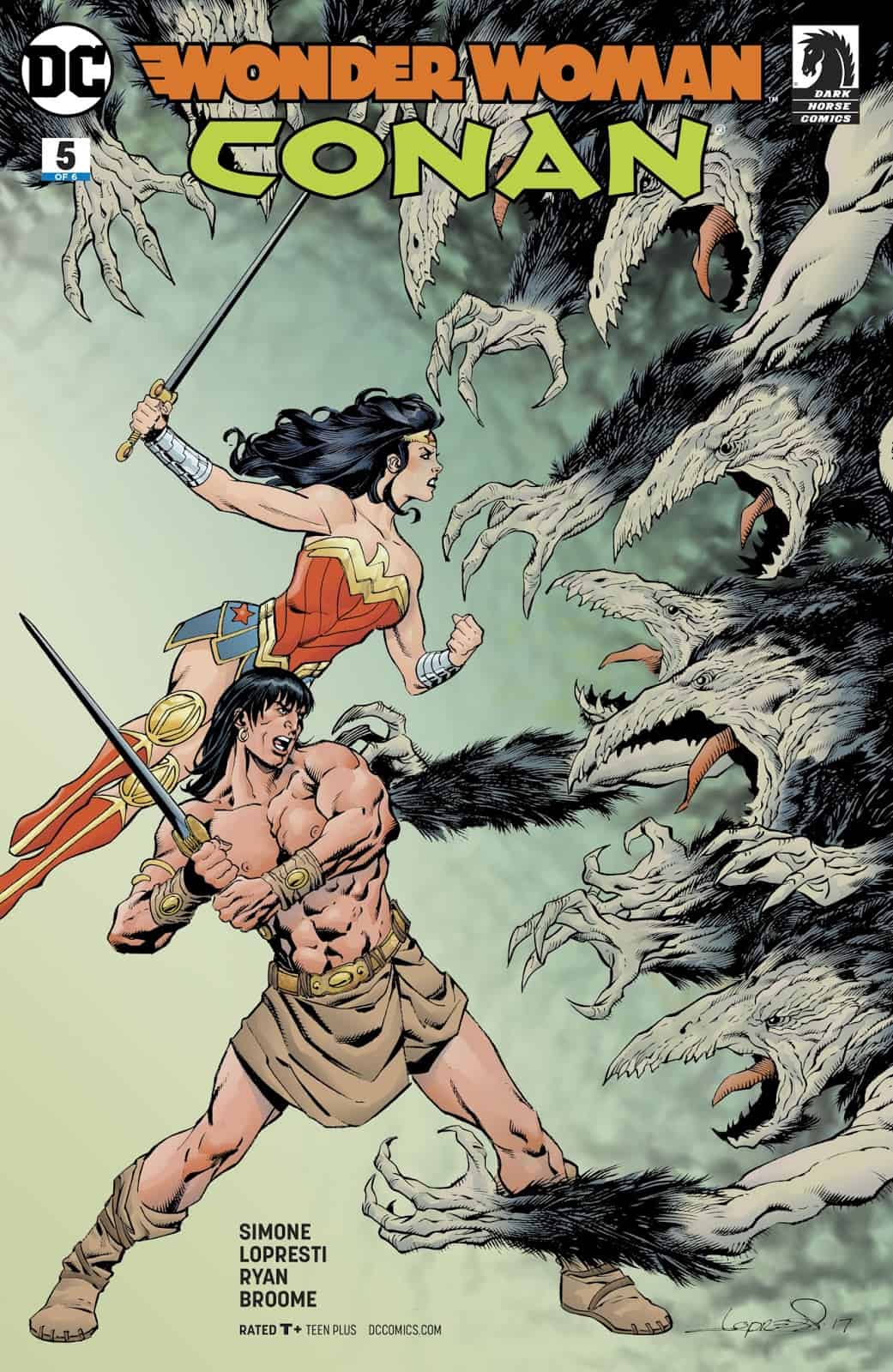 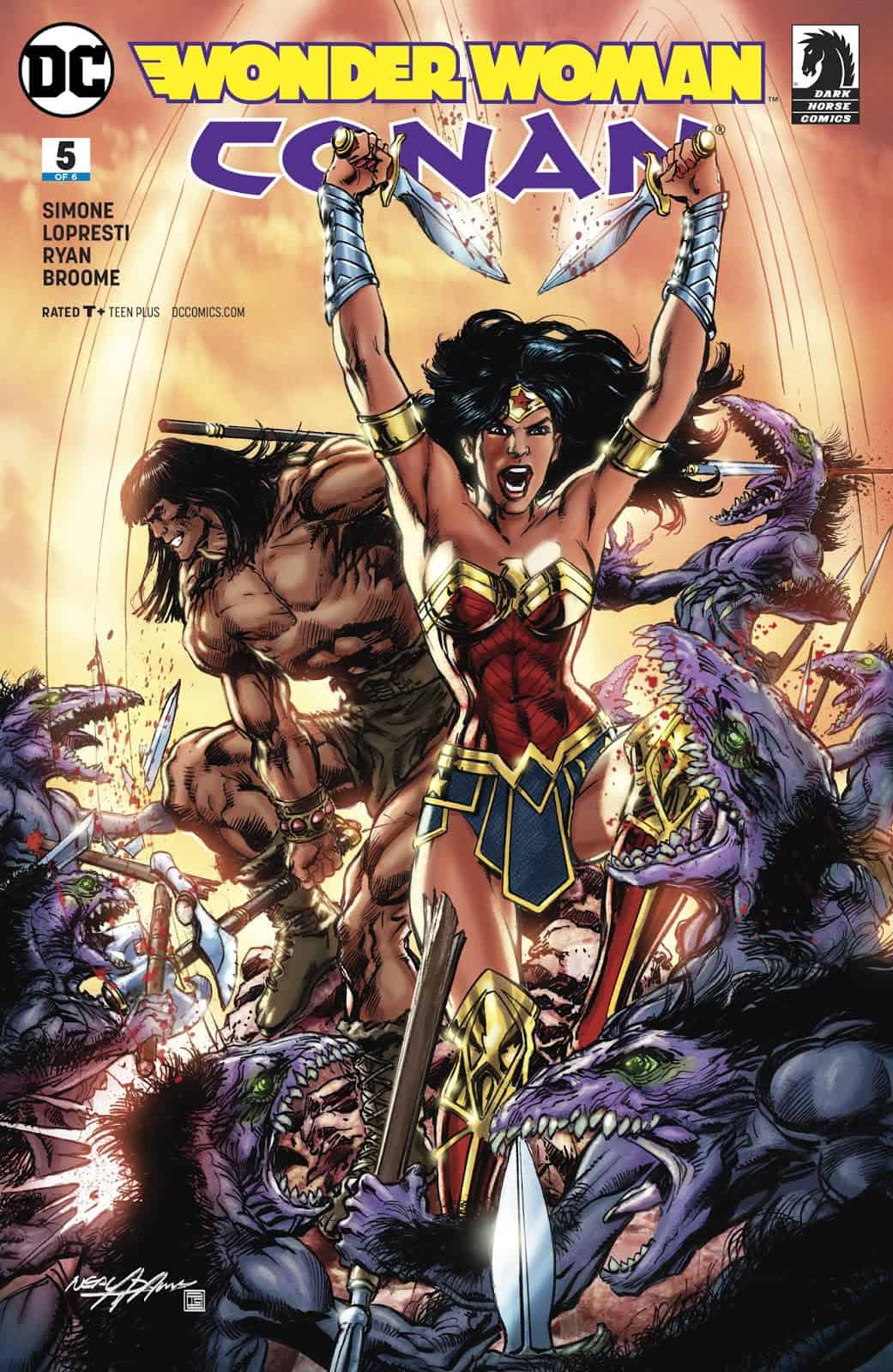 Wonder Woman has found herself out of time and without her memory in the times of Conan the Barbarian. Two crow-witches are behind this cross-time caper. Their aim is to have Conan and Diana battle to the death or scourge the land in retaliation.

Throughout the story, we’ve been following two tales: One in Conan’s childhood when he knew a girl named Yanna. The other is Conan’s present where he has met a woman that reminds him of his childhood friend. We saw last issue that Yanna was mortally wounded, this issue opens with Conan wandering searching for his lost friend. This is a defining moment for the barbarian, showing us that this loss cut deep. Shifting to present day, the Amazons have at long last found their lost princess. Hippolyta sends five volunteers to retrieve her from the past.

The Corvidae, the crow-sisters, use Diana’s rescue squad to up the stakes and force her to fight Conan. They also restore Conan’s lost Yanna. This reunion proves too much for the Cimmerian to bear and he refuses to lose his friend again. The battle ends in violence and as the Amazons prepare to depart, the fate of Conan, Diana, Yanna, Shamar, and Themyscira hang in the uncertain balance.

This story continues at its same easy pace. We see less in the flashbacks, as we’ve completed the story of young Conan and Yanna. Now that Yanna has been brought to the present, how will this change the barbarian? Will he be able to save her here as he couldn’t in the past? I can’t imagine tying Conan to her by the end of this story so I’m expecting the last installment to find Conan too changed or Yanna beyond saving.

To be honest, I would have rather Diana and Conan be the ones to defeat either or each of the Corvidae, rather than bringing in some Amazonian ringers, but Diana has to get back to the future somehow. It seems at this point Conan and Diana will finish the story in two different times, but I can’t imagine this issue saw their final encounter.

Blackwood: The Mourning After #1: The Rice Krispie Debate
February 16, 2020