X-Cellent #2: The Price of Fame 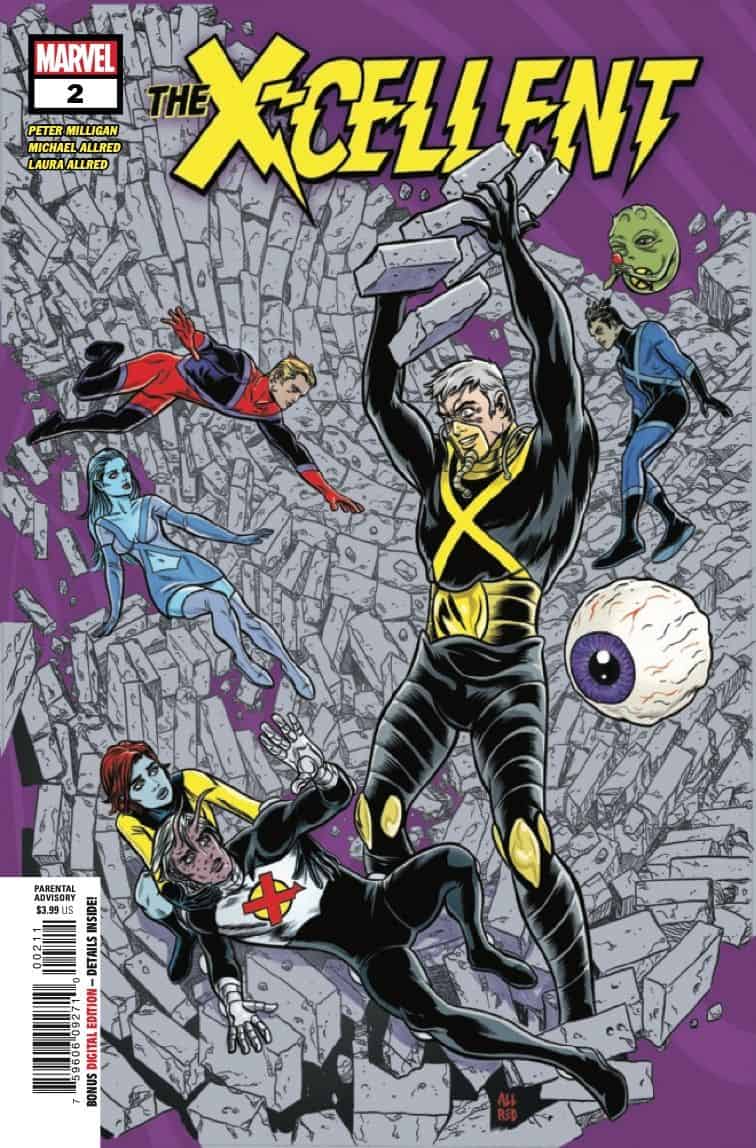 The X-Cellent stepped into the public eye with a bang, as they crashed every glamorous and not-so-glamorous event they could find in the hope of gaining a mass following. But the X-Statix were not about to share the spotlight and jumped into action to stop them!  The X-Statix quickly learned the hard way that the X-Cellent were not to be messed with, as Vivisector
took a devastating hit!  Now the teams reconvene to coordinate their next plan of attack!

Peter Milligan and the Allreds were the talk of the comic book world when they took over on X-Force two decades ago, swapping out gritty over-the-top action for a black comedy format that dragged America’s pop cultural landscape. The trio returned to that style in X-Cellent #1 and keep the ball rolling with this week’s second installment.

The world has changed since X-Force/X-Statix; reality television has been pushed to the wayside as social media now dominates the trash culture scene. Milligan obviously realizes this as the characters observe the effect of last week’s X-Statix/X-Cellent showdown on their respective follower counts. The X-Cellent’s escape from the battle is hilariously botched, prompting team leader Zeitgeist to recruit a new member in the issue’s central sequence.

Zeitgeist, whose demise way back in X-Force #116 set the tone for the X-Statix era, is clearly the protagonist of this series through two issues. His inadequacy and bitterness over having missed out on the celebrity of his old team motivate his shameless grandstanding, and his villainous largesse is perfect for Milligan’s absurdist humor.

Mike and Laura Allred are as readily associated with X-Force/X-Statix/X-Cellent comics as Milligan. The latter’s vibrant colors go well with the ridiculous tone of the plot, but the team’s signature pulp sensibilities are not for everyone.

Peter Milligan's reunion with the Allreds in X-Cellent #2 remains as sarcastic and violent as any longtime X-Statix fan would expect from the collaboration.  The connection with that comic means there's no real "jumping right in" with X-Cellent as a series, but it is still a fun romp that swaps the reality television craze of the early-21st century for today's social media landscape.  Just don't expect conventional superhero storytelling or connections to the wider X-Men line.

X-Cellent #2: The Price of Fame