X Deaths of Wolverine #1: No Place to Hide 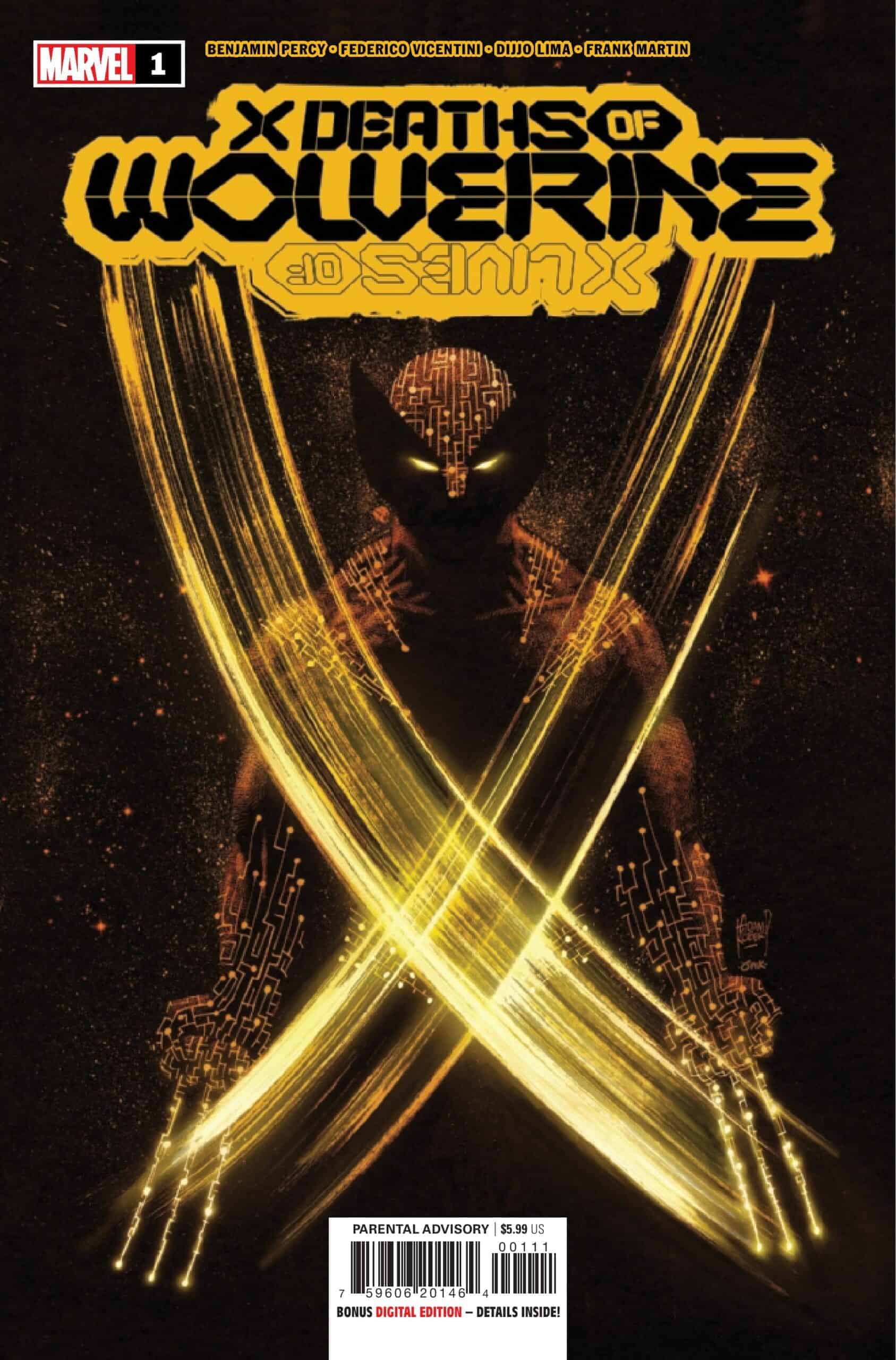 DEATH IS NOT THE END. DEATH IS THE OMEGA. WEEK 2 - If WOLVERINE's future lies in the past, what does that mean for the present? The reciprocal series to X LIVES OF WOLVERINE, X DEATHS OF WOLVERINE is can't-miss reading, chock-full of revelations for the best there is as well as the fate of mutantkind. 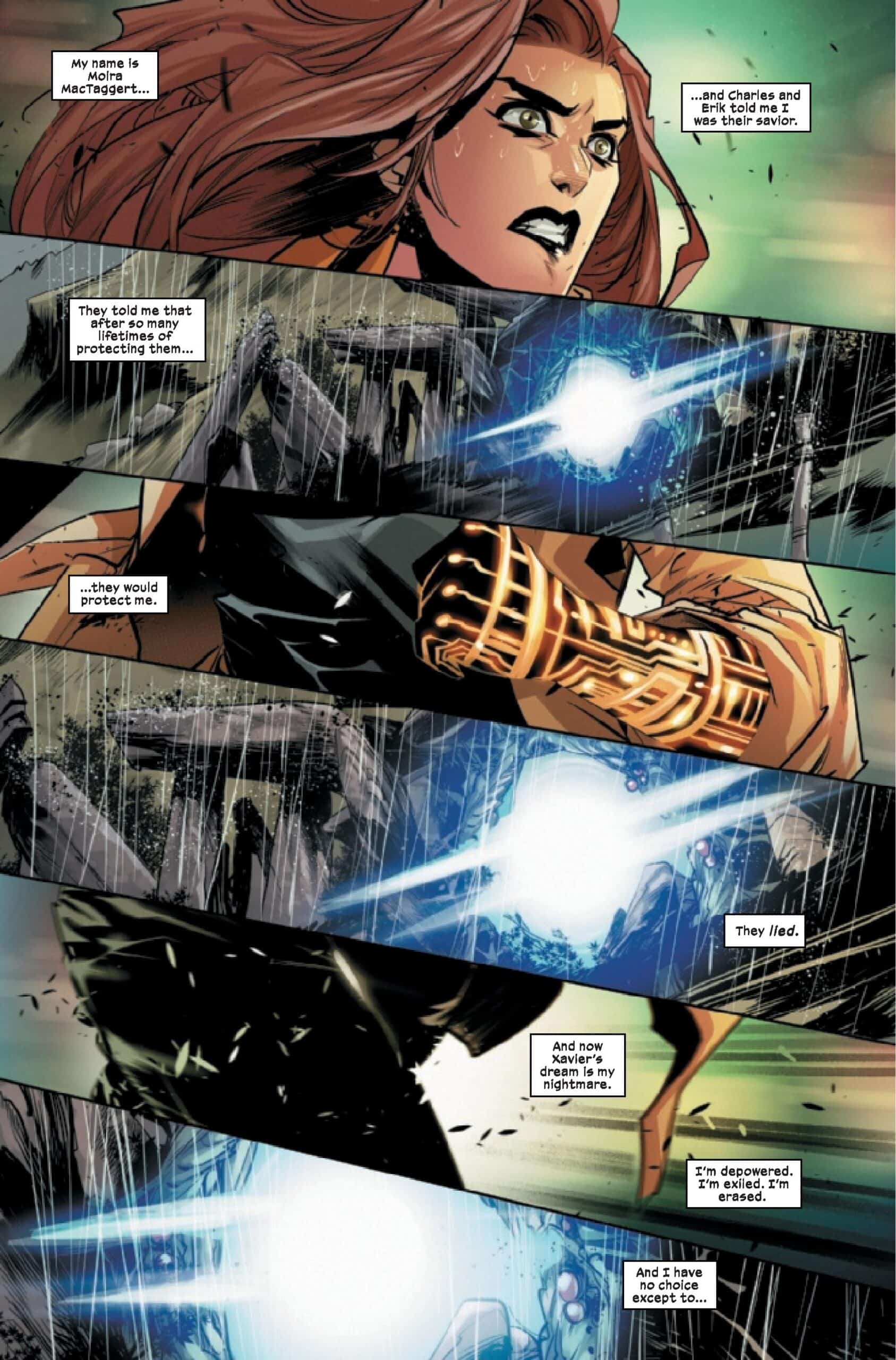 Following the events of Inferno, Moira is running for her life– her final life. The majority of X Deaths of Wolverine #1 follows Moira as she is chased by Mystique. I was getting Terminator 2 vibes as Mystique shapeshifts her way to Moira. Something that Benjamin Percy is a master of is suspense, and I held my breath for nearly the entire issue. Every element of the issue has a real sense of urgency and importance, and Percy somehow packs it all into this first issue without one taking from the other. For an issue that moves at this speed, I was blown away by Federico Vicentini’s ability to capture that speed and urgency, especially with Moira in motion for the majority of the issue. Dijjo Lima with Frank Martin on pages 10, 14, and 31 lay down colors that pair well with Vicentini’s art and don’t cover or distract from fine details. The coloring highlight, no pun intended, of the issue’s art is the bright orange lens flares and light reflecting off of various things, like Moira’s techno-organic. These details are subtle at first but you can’t miss them as you read along. 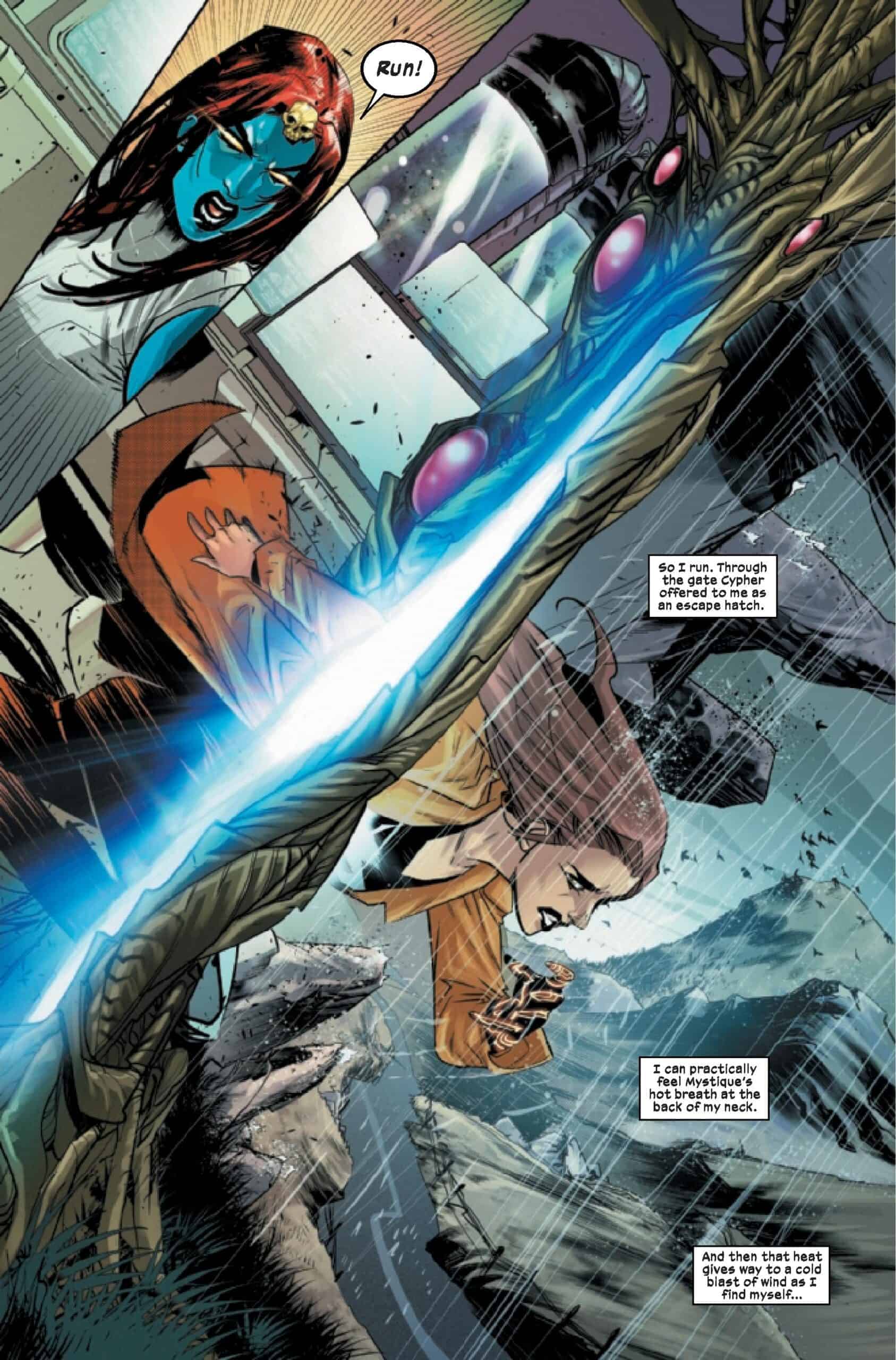 With the techno-organic, Wolverine seems to have some as well. It is not clear if it is superficial or not, but it is worth noting the recurring theme of bright yellow/orange light. Something also worth noting is that Black Tom describes the egg Wolverine comes out of as a tumor, with Moira battling cancer as a plot point. Moving forward, it appears that this Wolverine is tracking Moira as well, but for what reason is unknown. We are left with this new Wolverine confronting and potentially attacking Jean and Charles as they stand over their Wolverine, whose consciousness is being sent back in time. Is this attacker actually Wolverine? The only thing he says is, “I’m no one. I was never here” after Jean asks if it’s him. With so many moving pieces and where X Deaths of Wolverine #1 leaves us, I am curious to see what is to come next week in X Lives of Wolverine #2. Whatever Percy has planned, it’s going to be big.

X DEATHS OF WOLVERINE #1 captures a real sense of urgency and danger as Moira is hunted and new threats arrive on Krakoa. Whatever is next, it’s going to be big, bubs!

X Deaths of Wolverine #1: No Place to Hide