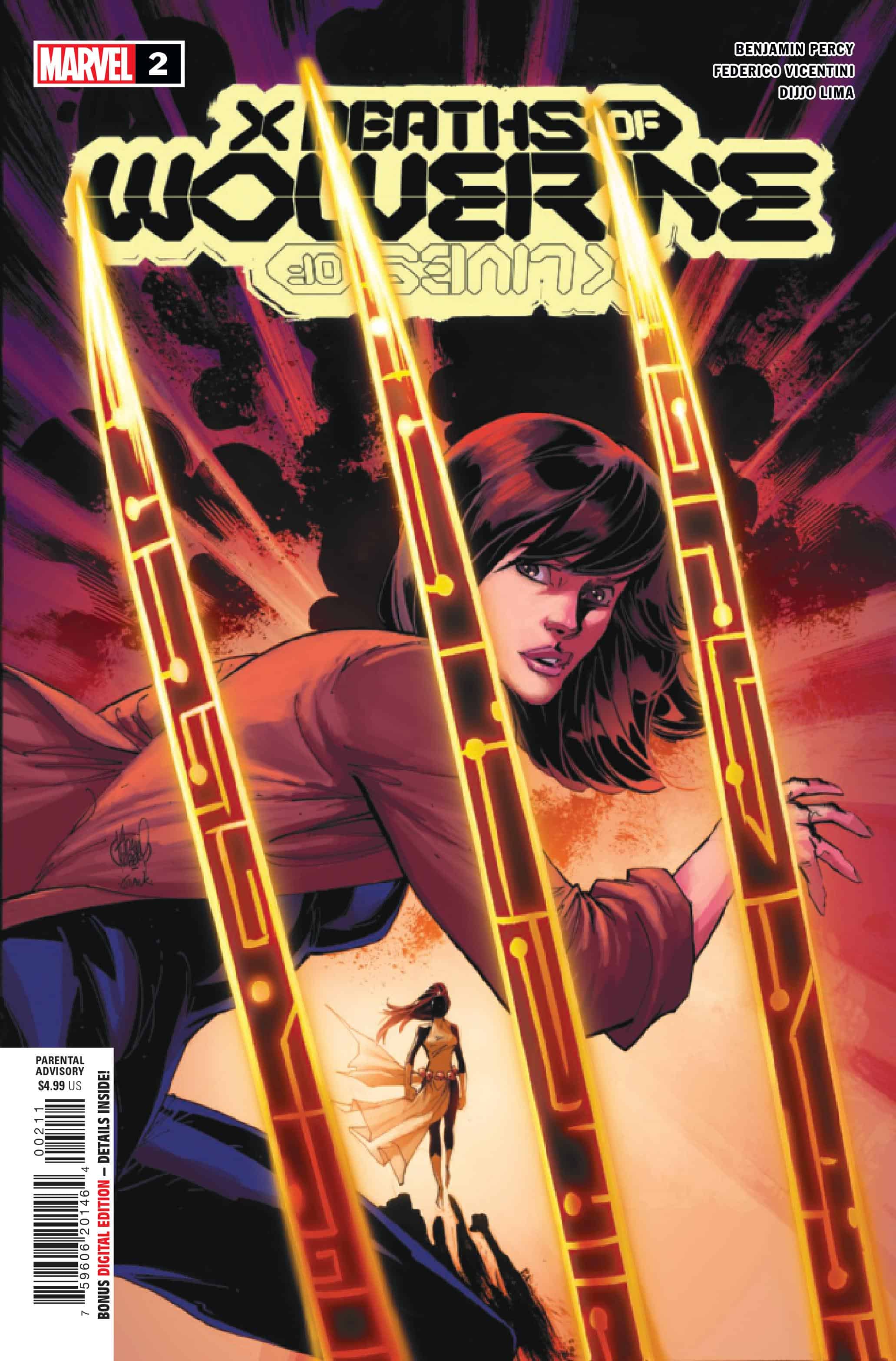 THE HUNT IS ON! WEEK 4 - No one is safe. The future is at stake. The only certainty in life is DEATH and WOLVERINE 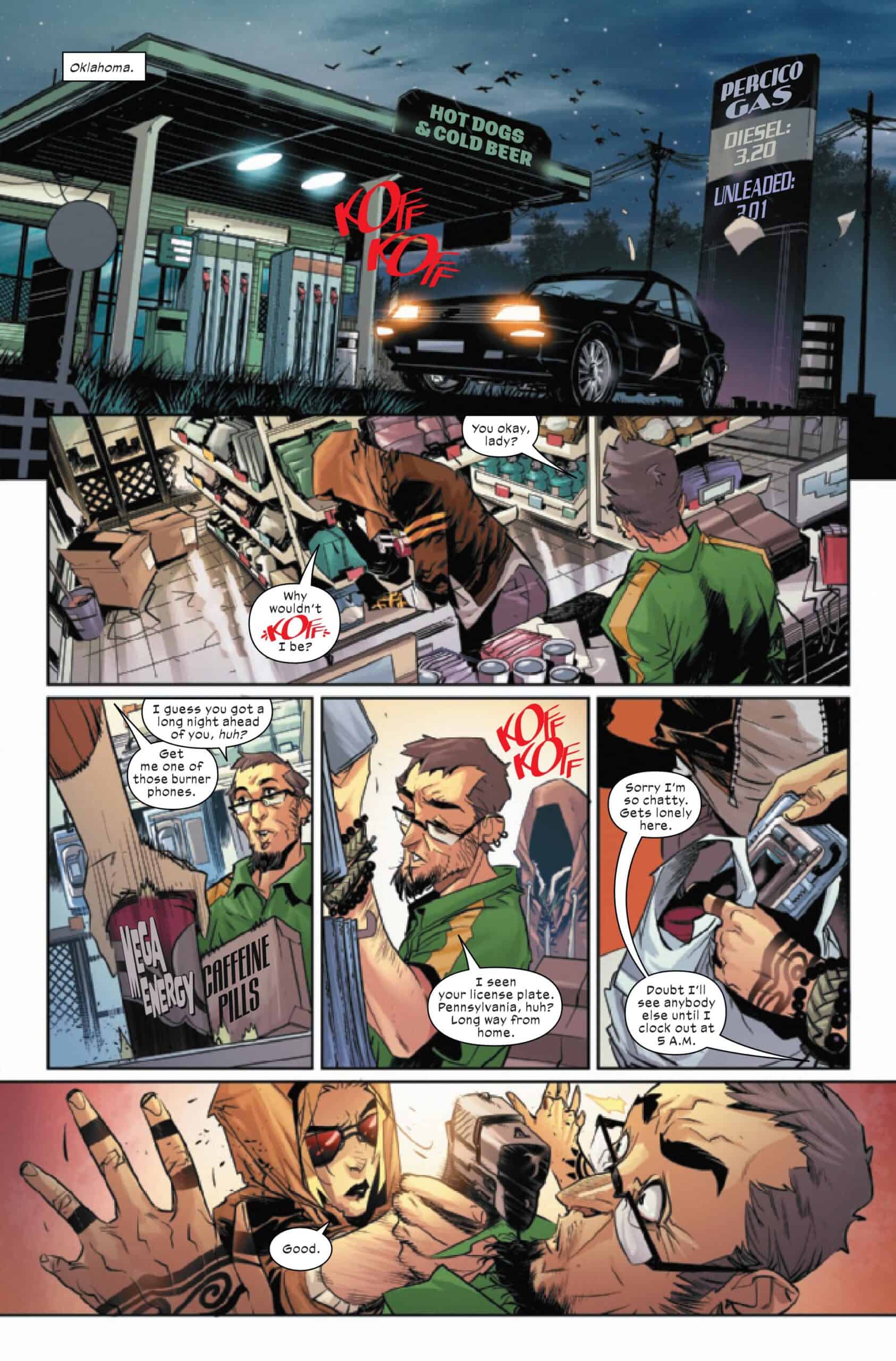 The ambitious X Lives and X Deaths of Wolverine event moves into its fourth week with X Deaths of Wolverine #2. Like X Deaths of Wolverine #1, this issue follows Moira as she runs from not only Mystique but now also the mysterious and terrifying Omega Wolverine. Of the four issues we have now seen from the event, this issue is my favorite. The last few years of X-titles have depicted mutants as essentially walking gods, so it is an interesting contrast to follow Moira, who heralded in this era, stripped of her mutation fleeing from that world. Unlike X Lives of Wolverine, where time travel is used to correct mistakes or prevent something from happening, X Deaths of Wolverine feels more exciting and fresh while exploring a side of Wolverine that we don’t see often. Omega Wolverine is if a Terminator and Barry Windsor-Smith’s Wolverine in Weapon X had a baby– a terrifying, unstoppable baby. With Moira in a similar situation as Sarah Connor, it is apparent that she is going to do whatever it takes to survive, even if it’s cutting off her own arm. 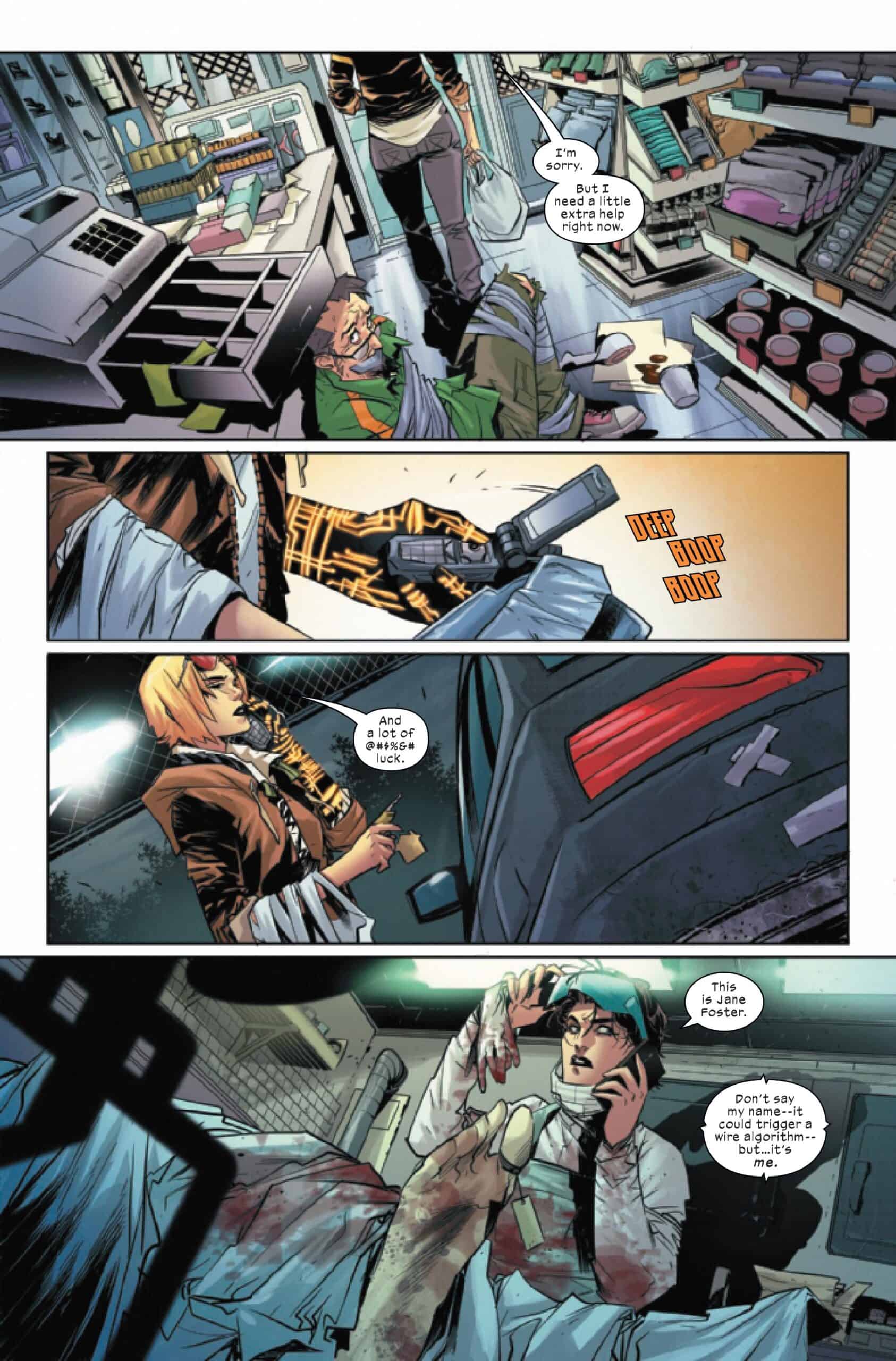 X Deaths of Wolverine is a horror story at its finest. We have Moira at a complete disadvantage having aggressive cancer and now one arm, versus an unstoppable force, and as Destiny puts it: Death. With this darker tone, Federico Vicentini and Dijjo Lima are excellent choices and do well with the fast-paced grittiness and violence of the issue, making it look and feel like a true thriller. Vicentini’s pencils utilize different angles and perspectives that capture the urgency and uneasiness of being on the run. Lima’s colors compliment the pencils but add a lot to the book that just pencils can’t. There are two pages without a single word of dialogue that perfectly demonstrates how the pencils and colors complement each other. The panels depict Moira removing her arm, and the artists do an amazing job conveying the desperation and trauma of the situation. Percy does an excellent job laying down the pieces as we move forward. We get mentions of Phalanx and Forge saying that the pod Omega Wolverine emerged from is over 1000 years older than Krakoa. The pacing between the two series works extremely well together, especially after reading this issue. Percy leaves us with just enough information to go into the next week. I am on the edge of my seat wanting to learn more about Omega Wolverine, but more importantly, I am eager to see what Moira is capable of and what she will do to survive.

X DEATHS OF WOLVERINE #2 brings suspense and horror, forcing Moira to answer one question: What would you do to survive? Don’t miss the biggest Wolverine event!