X Deaths of Wolverine #3: All in the Family 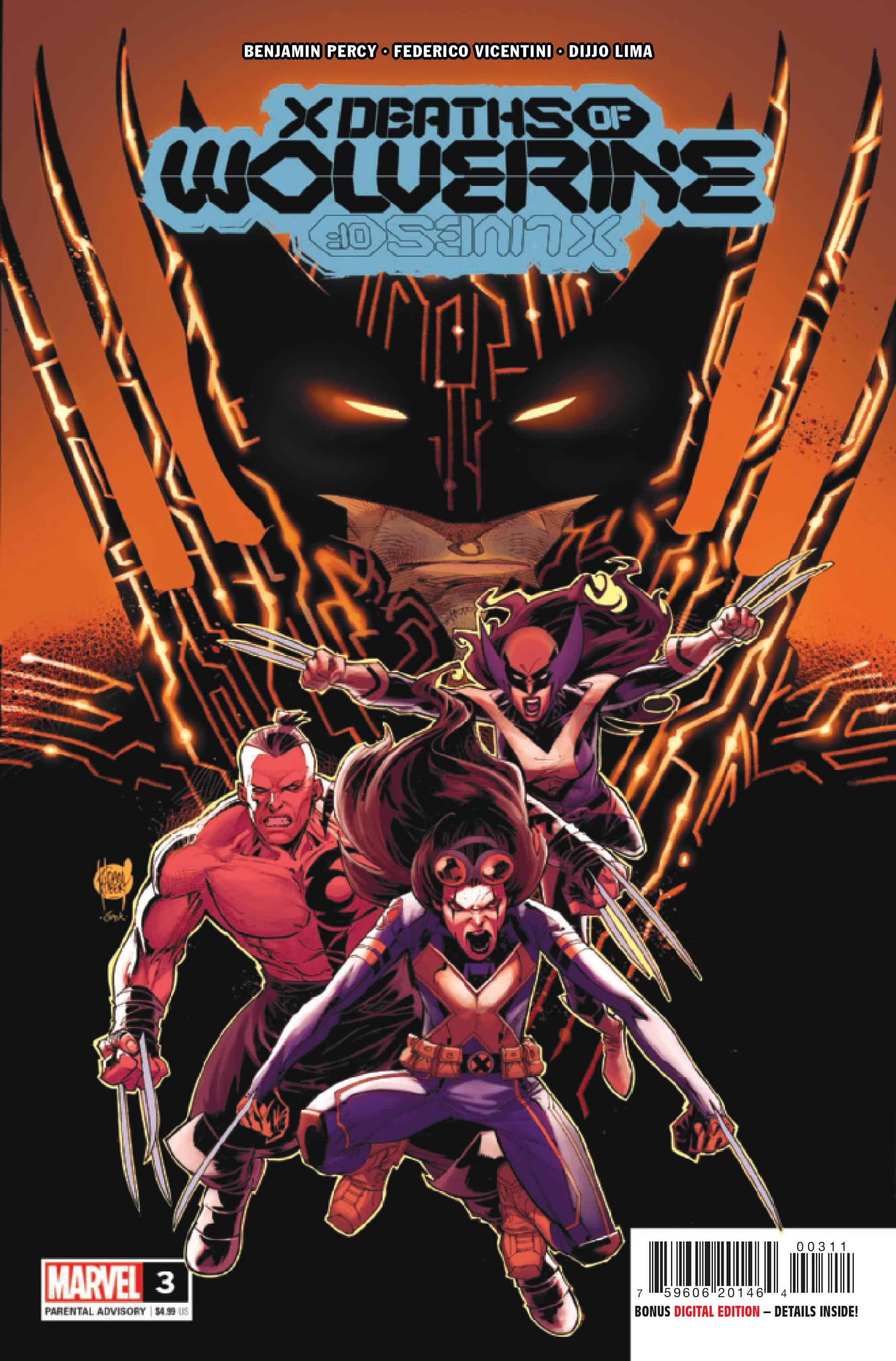 PROTECTING THE PRESENT! WEEK 6 - With WOLVERINE saving the past, who protects the present? WOLVERINES, that's who! The "Wolverine family" of WOLVERINE (LAURA KINNEY), DAKEN and SCOUT enters the fray as the dark side of Wolverine's time-traveling mission comes into focus. 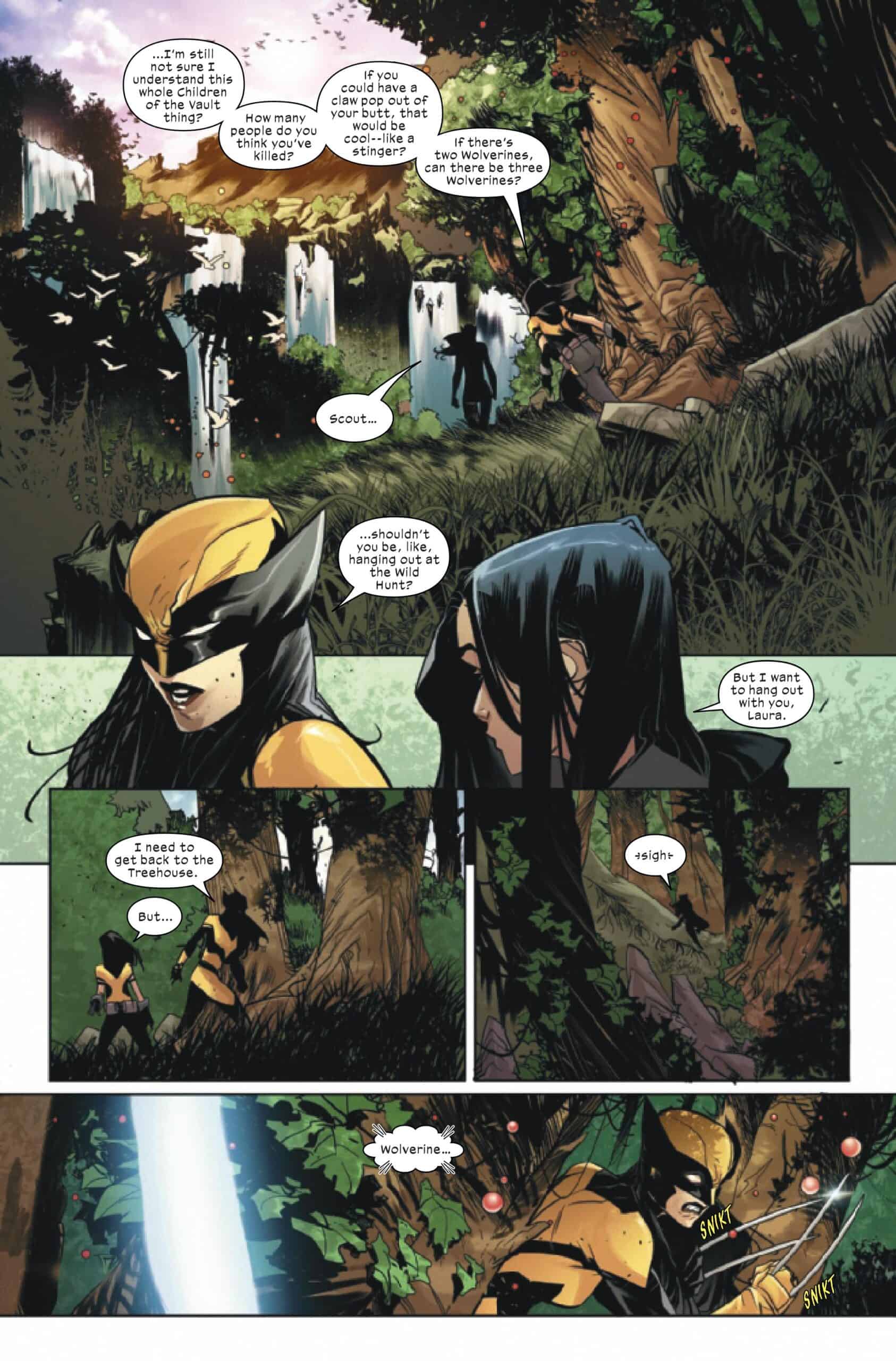 Of the massive ten-week event, X Deaths of Wolverine has shown to be the more interesting of the two series. After finishing issue #3 of X Deaths, the event as a whole feels as fresh and ambitious as Jonathan Hickman’s House of X and Powers of X, which spawned the Dawn of X. As we are ushered into a new era, Percy’s Wolverine event shows that life on Krakoa is as unpredictable and unstable as ever, and if Moira survives long enough to succeed, the days are numbered. After reading this issue it is clear that this is anyone’s game, but the ball is in Moira’s court. X Deaths of Wolverine #3 feels like a huge shift from the cat and mouse game we have been seeing the past few weeks. Moira is showing that she is a lot more in control of the situation than we thought.

A standout moment from this issue was Laura, Gabby, and Daken taking on Omega Wolverine. The action is stellar but it is after the fight that will stick with you. The big realization of the fight is that Omega Wolverine isn’t really an “it.” The three younger Wolverines determine that Omega Wolverine is Wolverine. This leads to an incredible scene of Laura, Gabby, and Daken surrounding an injured Omega Wolverine and realizing that it is actually him. Federico Vicentini does an incredible job at showing that this unstoppable brute we have watched for three issues isn’t just a weapon. Wolverine looks completely defeated as he begins to remember who he is fighting, telling them that “none of you make it.” This completely changed the way I have been reading the series. Dijjo Lima’s colors continue to pair perfectly with Vicentini’s art. I found Lima’s contrast of the dark colors of Wolverine’s futuristic suit versus his blue eye to be extremely powerful. 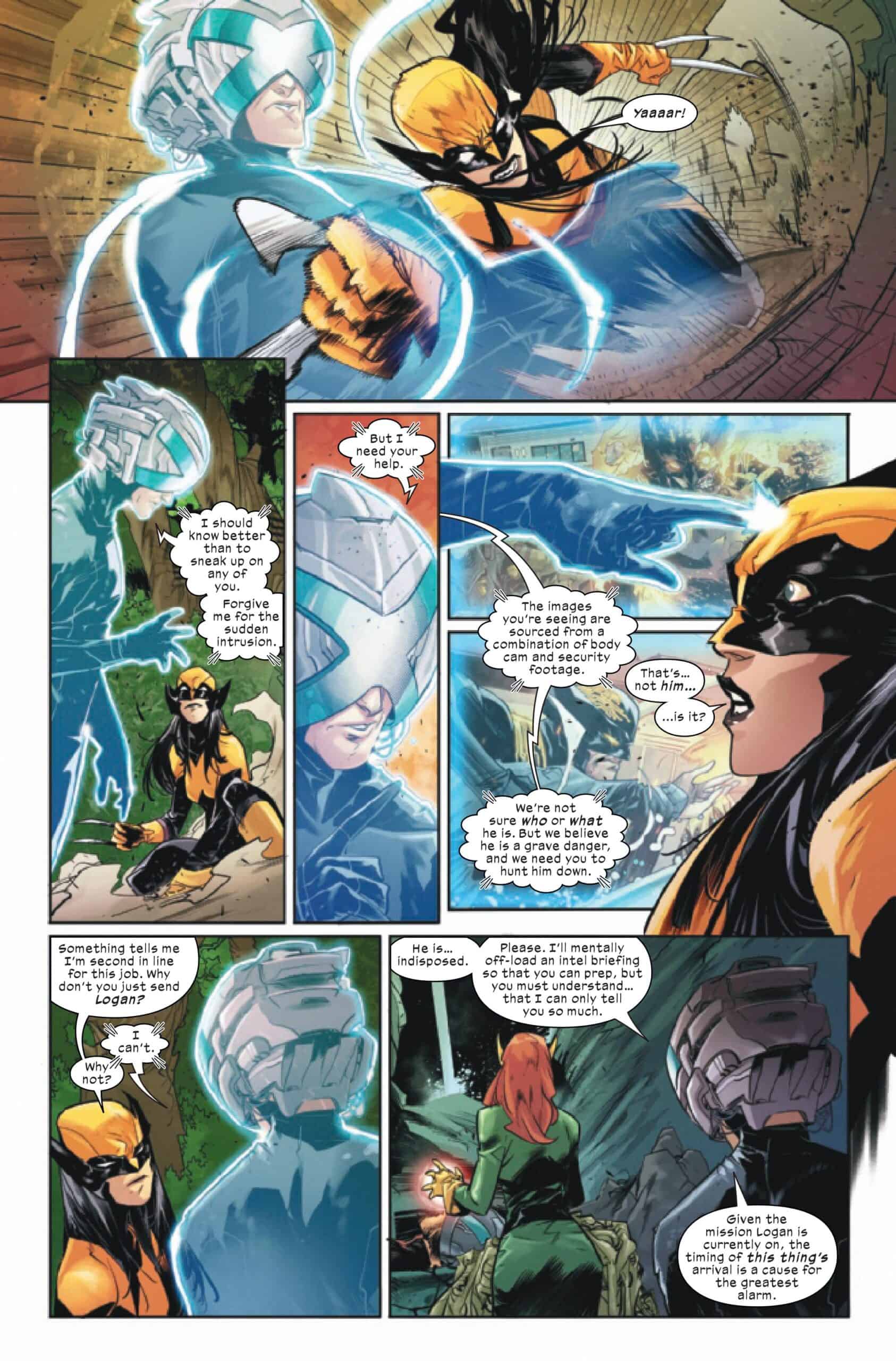 X Deaths of Wolverine #3 raises a lot of questions that I am looking forward to seeing be answered. I am mainly interested to see how much Charles knows about the current situation, and how to crosses over with X Lives of Wolverine. I have no doubt that these questions will be answered exactly when they should be. Until then, I am excited to see what the four Wolverines are up to in two weeks when issue #4 is released.

X DEATHS OF WOLVERINE #3 shows that there is more to Omega Wolverine than meets the eye and gives readers exactly what they want: more Wolverines!

X Deaths of Wolverine #3: All in the Family