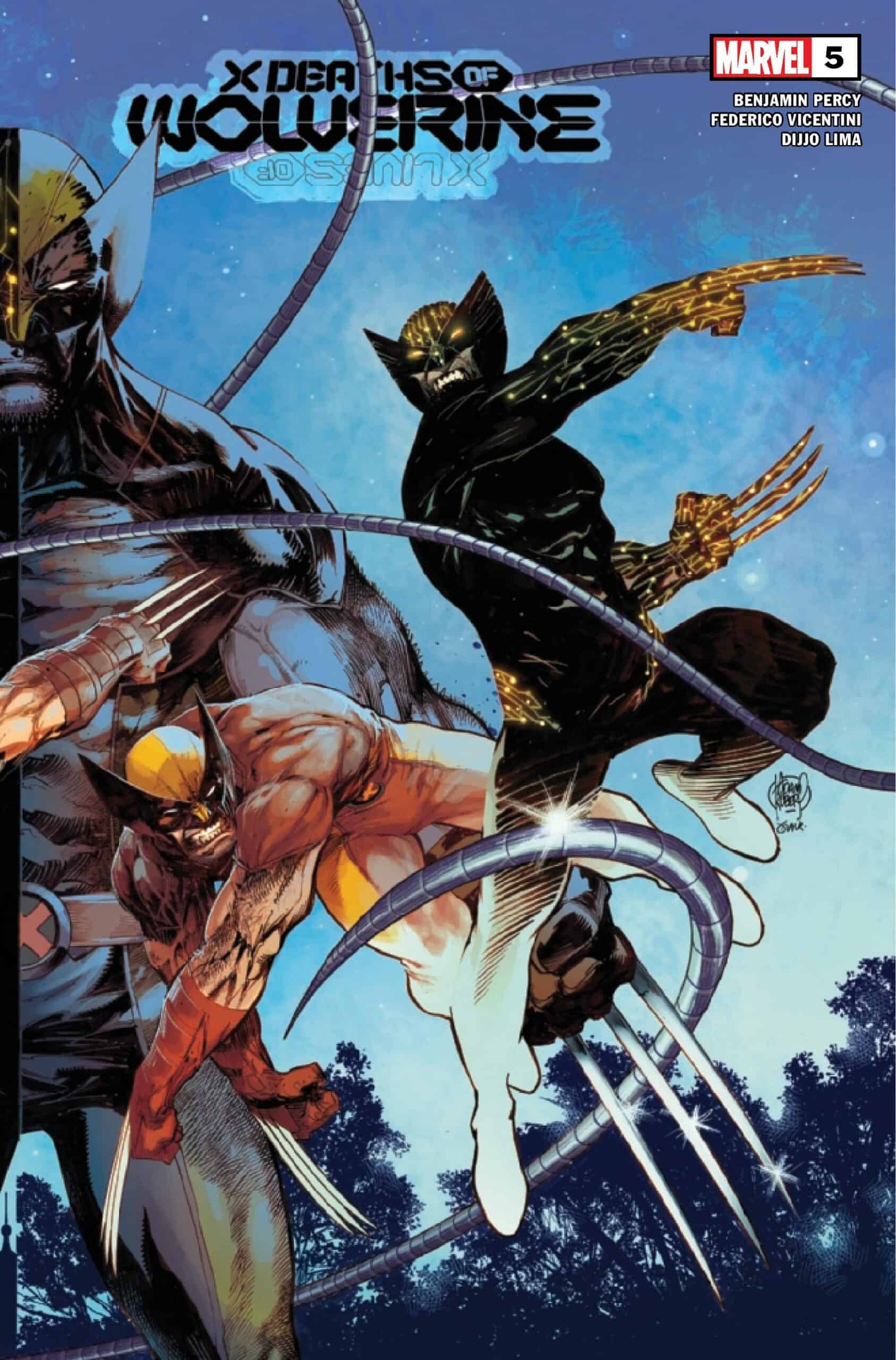 THE FUTURE CRASHES INTO THE PRESENT WITH THE SHOWDOWN YOU’LL HAVE TO SEE TO BELIEVE! WEEK 10 – It’s WOLVERINE versus WOLVERINE?! With the time-traveling mission behind him, the truth will be revealed. But who – or WHAT – will remain as the OMEGA WOLVERINE? 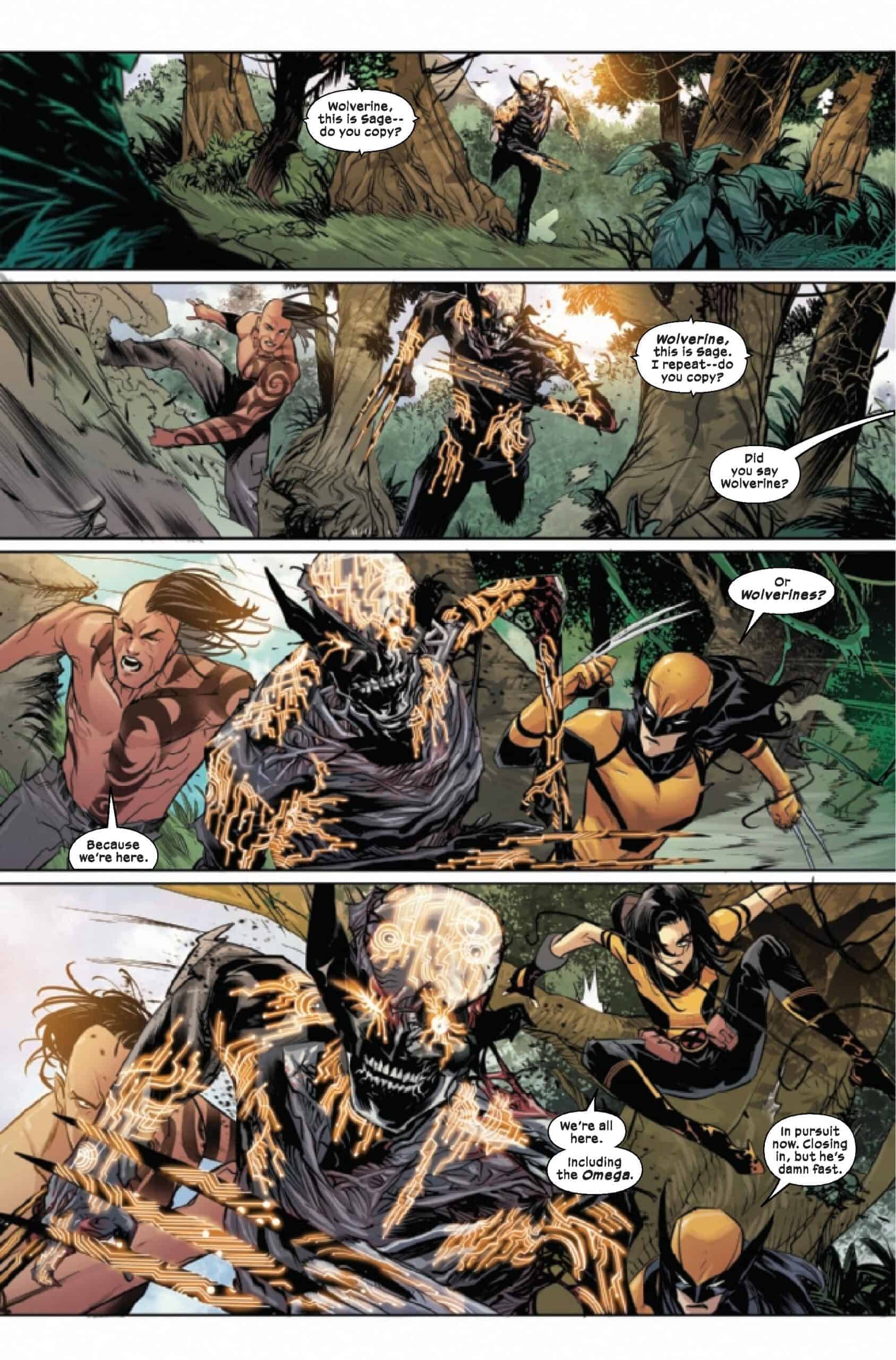 After ten exciting weeks, the X Lives and Deaths of Wolverine event has reached its conclusion. Picking up right where X Lives of Wolverine #5 left off, X Deaths of Wolverine #5 maintains a steady momentum throughout the entire issue. For the most part, the issue follows the Wolverine family as they attempt to take down Omega Wolverine, who has lost his healing factor and is being taken over completely by the phalanx. Benjamin Percy and the creative teams of both series have done an incredible job with the event, especially with a book coming out each week. I wasn’t sure where they were going or how they were going to meet, but I am extremely impressed at how well the two series intertwined and concluded in this issue.

With most of the series focusing on Moira, the event showed that this is much bigger than Wolverine, but emphasizes the importance of his role for Krakoa and what Charles wants to achieve. Even though her plan failed and can’t start another timeline after being killed, or at least that it appears that is the case, this series was an interesting bookend to Moira’s role in the Dawn of X. We now know that she and Charles have vastly different plans, but it is interesting that they both tried to use Wolverine in their plans. In the end, Wolverine plays a specific role on Krakoa, as explained by Beast in the closing pages of the book. 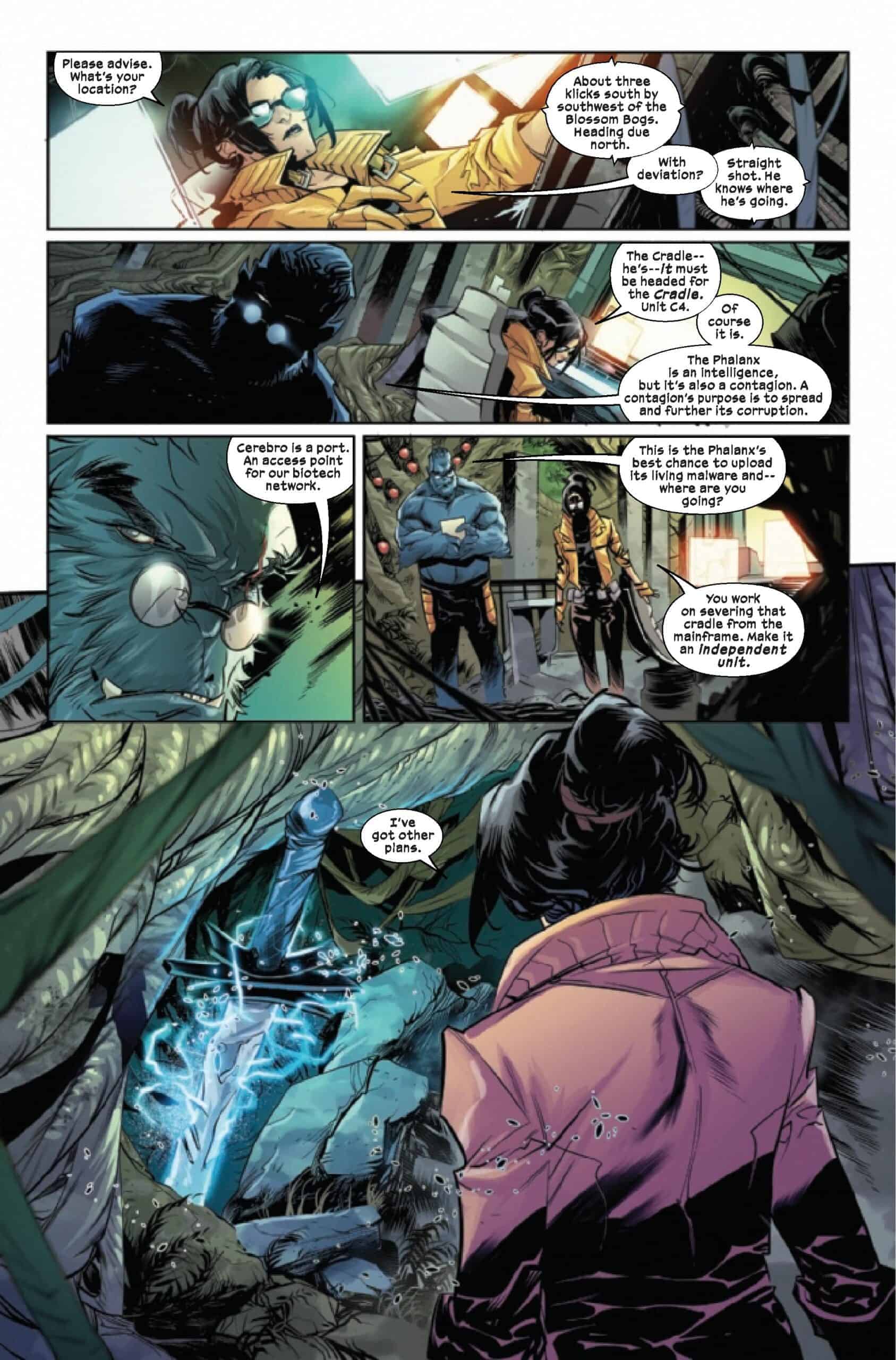 Federico Vicentini delivers some incredible art in this issue. On top of the stellar action, Vicentini does an excellent job capturing Logan’s emotions, even if they aren’t obvious. Readers have spent the last ten weeks watching him fight nearly nonstop, and a single close-up of his face perfectly conveys his exhaustion and frustration. Wolverine is a man of little words, so Vicentini’s art does a lot of the heavy lifting conveying emotion. Dijjo Lima knows how to compliment Vicentini’s art and accentuate certain details to create some really powerful scenes, like Wolverine and Omega Wolverine face-to-face. The contrast between Omega Wolverine’s glowing eye socket versus Wolverine’s piercing blue eye. Omega Wolverine as a whole wouldn’t be as terrifying as he is without Lima’s colors. Laura, Gabby, and Daken trying to stop Omega Wolverine will haunt my dreams this week. Almost entirely controlled by the phalanx, Omega Wolverine desperately asks for help, but the Phalanx is too powerful. At this point, he is essentially a walking skeleton with shreds of flesh hanging on.

Overall, X Deaths of Wolverine #5 is a satisfying conclusion to the event and a successful staging area for the Destiny of X. I don’t think there are any new realizations, but it does show that peace is not possible the way that it was originally envisioned, and everyone probably knows that. The issue does conclude with a pretty big reveal, and it is a clear indication that there is still a massive threat to all mutants out there.

X DEATHS OF WOLVERINE #5 is the epic climax to the biggest #Wolverine event ever! Wolverine might have stopped Moira, but this is just the beginning of the #DestinyOfX!