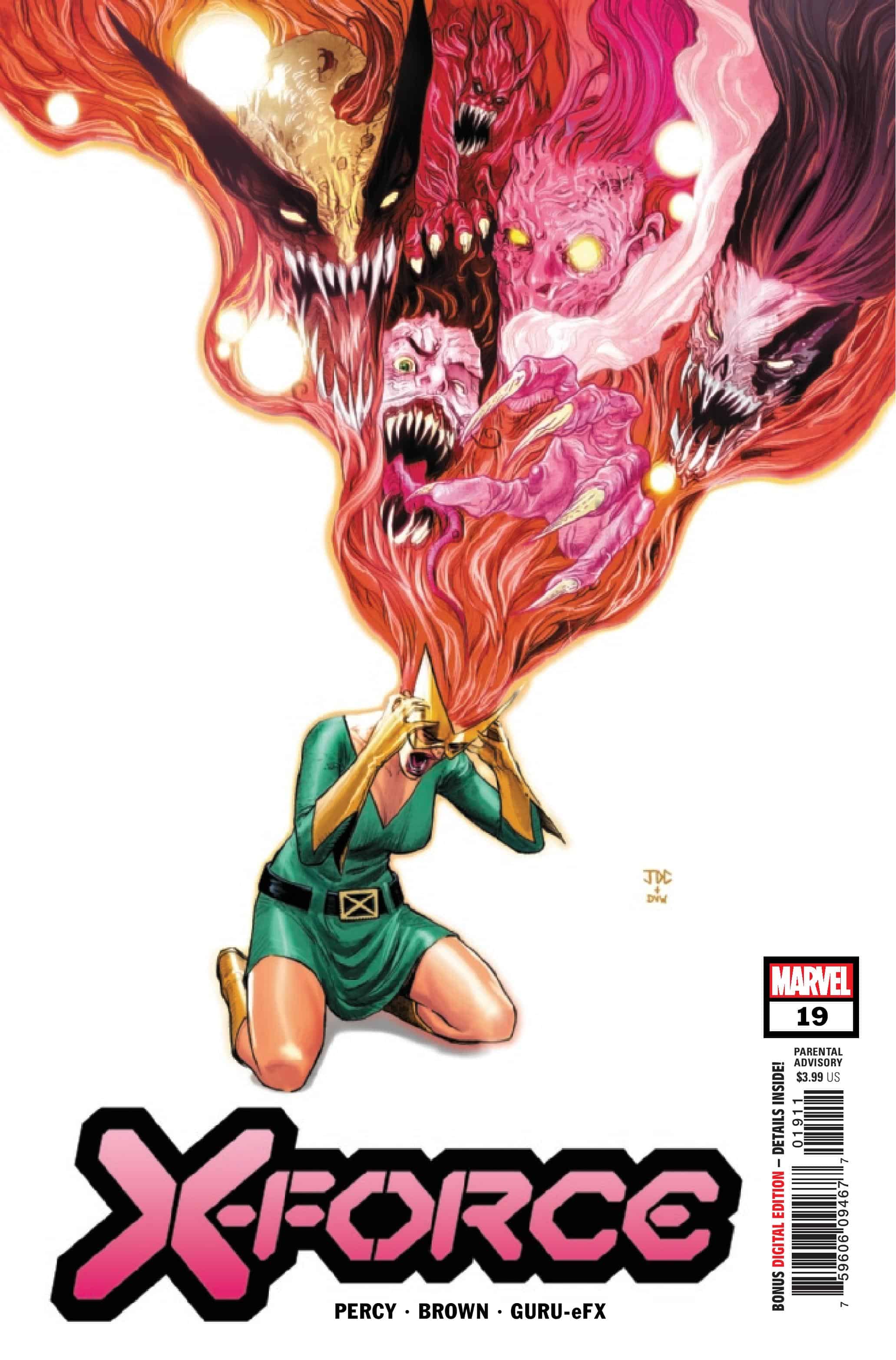 The only way to battle the nightmare is on its own turf...for that Quentin will need the help of not only Jean Grey and Phoebe but also other members of X-force too!

Self-doubt is a terrible thing…but self doubt on the psychic plane can get a person killed… writer Benjamin Percy picks up the action with Quentin Quire facing a monstrous version of himself who we now know is a XENO-grown nightmare that’s terrorizing Krakoa, racking up a body count including Beast. Well, when the going gets tough on the psychic plane you get yourself a Jean Grey who comes to Quentin’s aid after Phoebe calls her for help. From there it’s some deft investigation, some psychic coaching from Mama Omega, and Quentin and Phoebe go to face the psychic manifestation of his worst fears while Domino and Jean go look for the physical body it’s coming from. 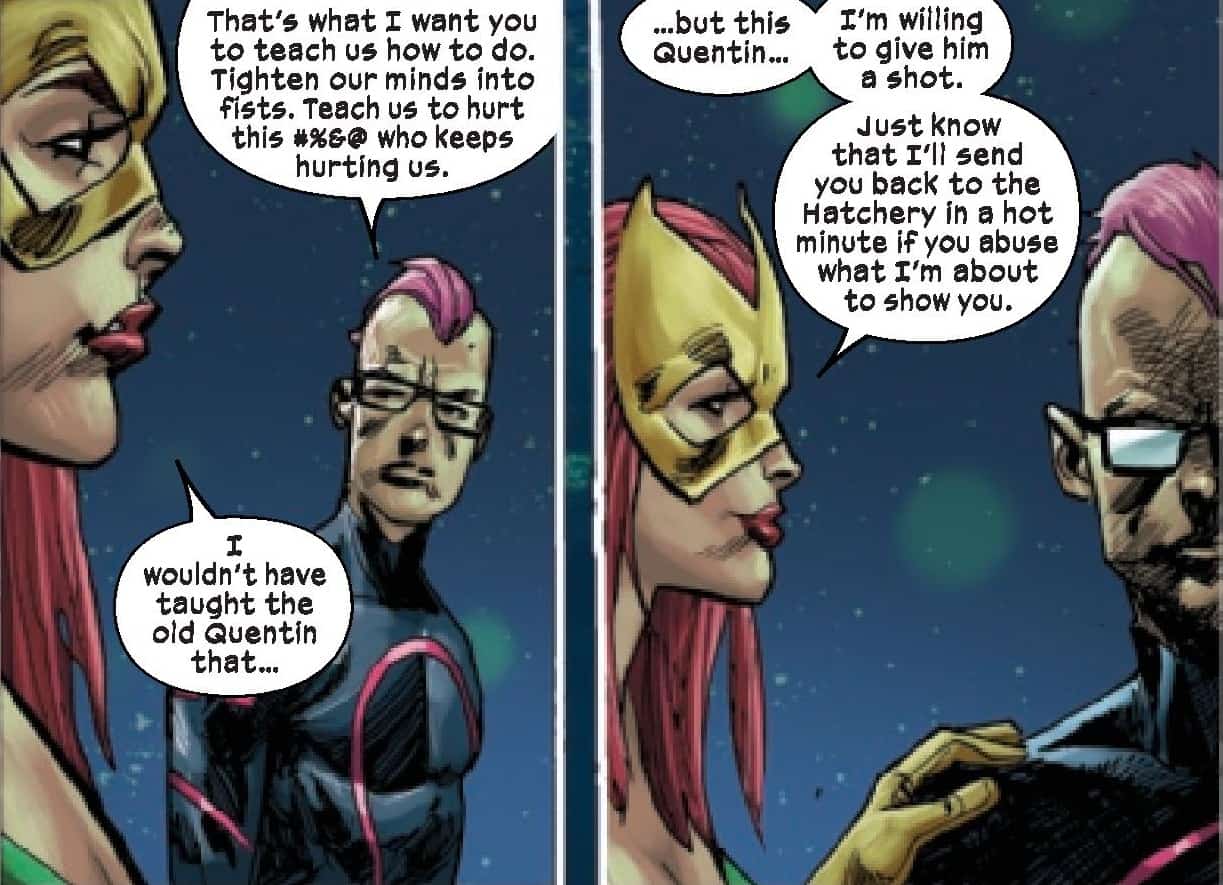 The best thing about the issue is to see the change in Quire. There’s a growth there and Jean Grey sees it too, Percy really has given the arrogant young man some real depth and character development. He is still a pain in the behind but he’s a pain in the behind that’s accepting help and trying to face his fears and self-doubts and turn over a new leaf. It’s also nice to see Percy use Sage, Domino, and Phoebe to help Quentin solve his nightmarish problem without throwing Wolverine into the mix. This is really at its heart a story about a character facing their self-doubt and the worst parts of themselves and finding a way through with some help and that’s a positive message wrapped up in a wonderfully disturbing story. 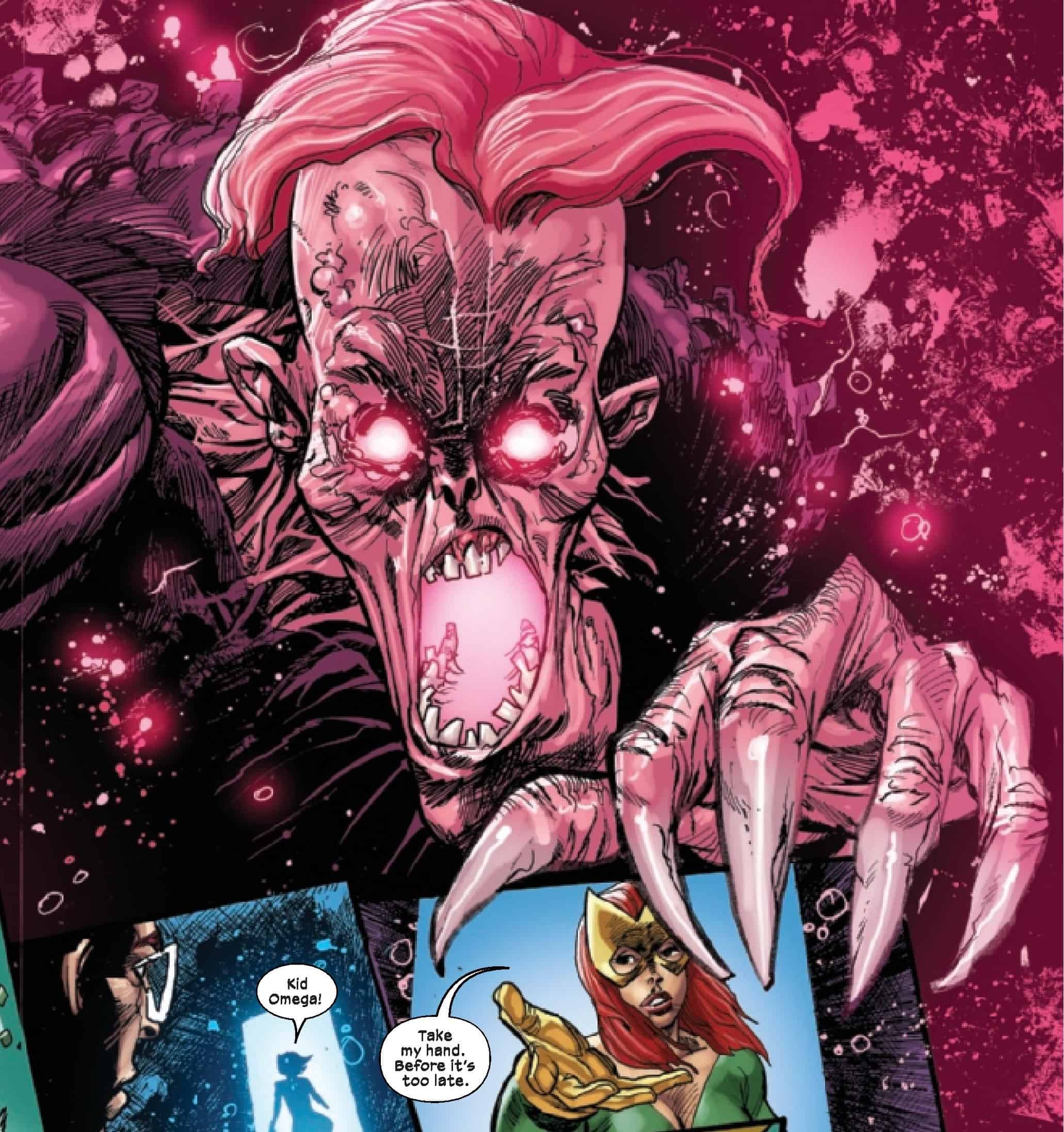 Garry Brown draws pretty amazing horror elements and combined with Guru eFX colors, there’s a fantastically eerie feel to the psychic plane scenes and battles. Where the art falls a bit short for me is some of the faces are not as consistent as I would like but overall Brown does a good job that suits the look and feel of the story Percy is trying to tell. Also 10/10 for drawing Cyclops with a ruby quartz sleeping mask which I’ve never thought about but which makes perfect sense. There is also some excellent use of various paneling styles from Brown too, which helps make the flow of the comic more dynamic. The cover from Joshua Cassara is an absolute work of art and probably my favorite of the current series to date.

X-Force #19 wraps up a solid story of personal growth for the character of Quentin Quire which comes dressed up in the guise of a psychic horror tale. Probably worth reading this and the previous two chapters on a dark and stormy night if you into that sort of thing.