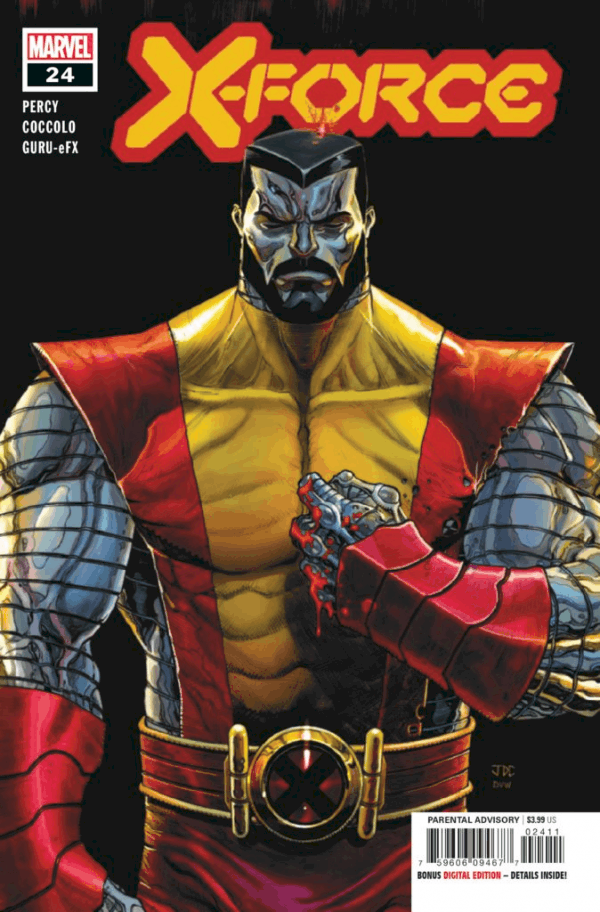 Colossus has been (mostly) living the quiet life of a farmer in the Savage Land, harvesting many of the necessary ingredients for Krakoa's many wonder medicines. He's been content, living the life he's always dreamed of alongside his beloved Kayla. 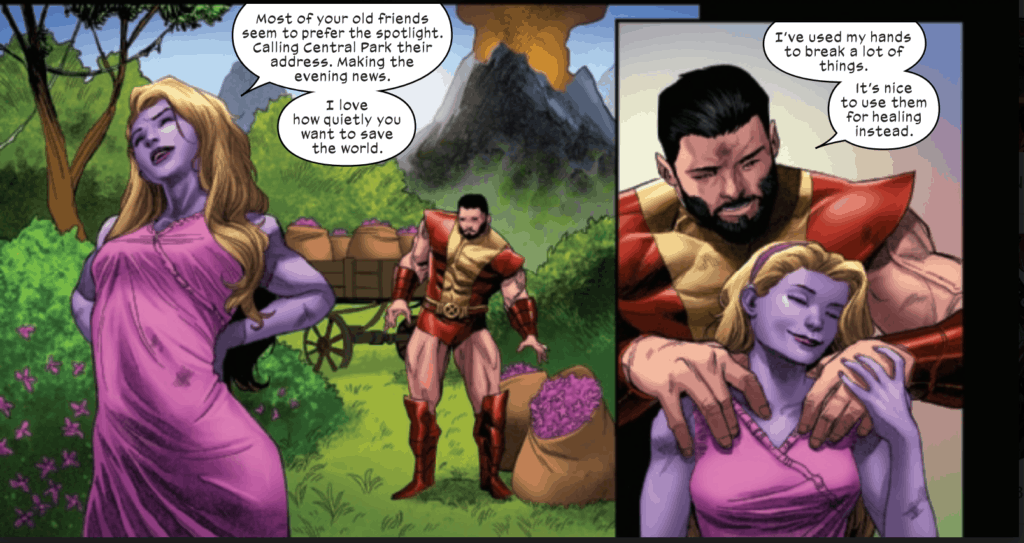 But something is about to go very, very wrong. For in far away Russia, Piotr's older brother Mikhail is scheming... 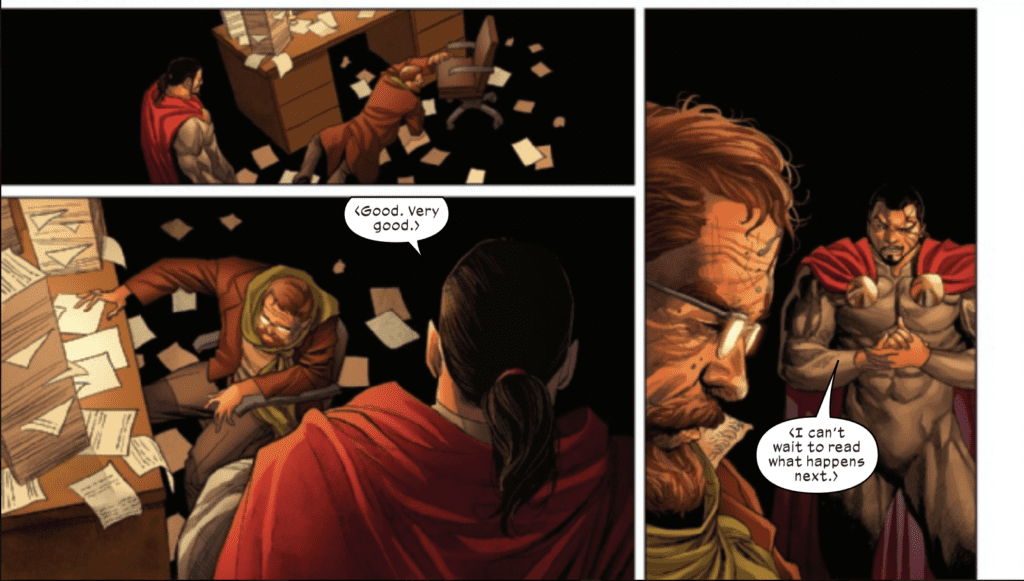 Meanwhile, on Krakoa, Beast enlists the only person he can to help him defeat the tiny Russian nesting-doll man running amok in his body: Black Tom Cassidy!

Folks, fair warning: X-Force #24 gets dark. And that’s saying something for this run under writer Benjamin Percy’s lovingly twisted hands.

X-Force has, since its inception in the Krakoa Era, been the dark, musty corner of the mutants’ world that they would all prefer be kept under lock and key. After all, there’s nation-building and magic flower medicine and peace-love-goodwill to bandy about. But in the shadows… well, that’s a different story. The truth about any nation is that it’s built on secrets, lies, and the bodies of those that came before… and those that got in the way. And that’s what Percy’s X-Force has been all about: keeping the skeletons in the closet.

Of course, that task becomes monumentally harder when you piss off a national power such as Russia, which isn’t known to take slights lying down.

Percy has slowly set the stage over the course of his run for a Russia/Krakoa showdown in the shadows, in true Cold War style. There are no overt swipes between superpowers. No battlefield showdowns. Just chess pieces moving against one another, moved by silhouetted puppeteers pulling invisible strings. In this case, though, the pawn is Colossus, and the puppeteer is his brother Mikhail, who has recently wormed his way into the hearts and minds of Russia’s ruling oligarchs. Mikhail’s ultimate goal – for now – is the accumulation of power, and he’s willing to do whatever it takes to accrue it, including unconsciously forcing his brother to…

Brother versus brother is a thematic storytelling trope as old as the written word, and probably older. But it keeps coming back because it works. There’s something primal about two siblings, who are supposed to love one another, being tragically at odds instead. Mikhail and Piotr have a great dynamic for this mold: the older brother, Mikhail, was supposed to be destined for great things, but got his future stolen from him. And in his stead, his little brother Piotr became a hero and held adoration and fictive family. That sting, that Piotr has gotten what should have been his, has always been Mikhail Rasputin’s driving motive. And now that he has the backing of the full Russian ruling class, he can finally do something about it. Percy understands the Wagnerian scale he’s playing with here, and relishes in it mightily. By issue’s end, Mikhail has won a decisive victory, and poor Colossus doesn’t even know he’s been part of a game at all – yet.

Frankly, it’s just brilliant. All due respect to Benjamin Percy for setting this up so astoundingly well, patiently putting pieces into place as he goes and letting them simmer at a low heat until their respective pots are ready to boil over. The Krakoa-era X-books have for the most part represented a fundamental course correction for the line in terms tone, theme, direction, cohesion, and quality, but only X-Force has from the very beginning been consistently a must-read every month. This issue is no exception.

Now, lest you think I forgot, there’s still the small matter of the itty-bitty Russian Nesting Doll man running around in Beast’s insides, attempting to steal state secrets. This part of the issue borders on the satirical, but winds up eschewing goofiness and, like the A-story, goes to a dark place pretty darn quick. Beast continues to be the tragic villain of the X-books right now, so far fallen from grace that it doesn’t seem like he’ll ever recover. What’s more, in recent issues, he’s accepted that role for himself. It might seem out of the ordinary if Percy hadn’t once again taken so many painstaking steps to make sure that Beast’s steady fall was handled in an appropriate manner,  never rushed, always making baby steps forward. Hank McCoy has, in fact, become a beast.

Martin Coccolo’s art is tight, and given a lush painterly quality by Guru eFx. However, his figures are a bit stiff at times, and lacking a sense of natural movement. That’s just an occasional thing I noticed, though – a bug, not a feature. Coccolo apparently inks his own work; I’d be curious to see what it looks like when somebody else does his finishes for him. If nothing else, it would be an interesting experiment. Joe Cramagna’s expert lettering is the icing on the cake, taking some creative font choices and really making them shine on page, pairing them expertly and changing them up as needed to fit the art and story. Really, X-Force #24 is a total-package comic. Even if you aren’t current on your X-Men reading, you really, really ought to be checking this book out.

X-Force #24 expertly blends Cold War-style espionage with fraternal rivalry with a mutant twist. This comic continues to be a crown jewel of the current X-Men titles.