X-Force #29: What About the Waiting Room? 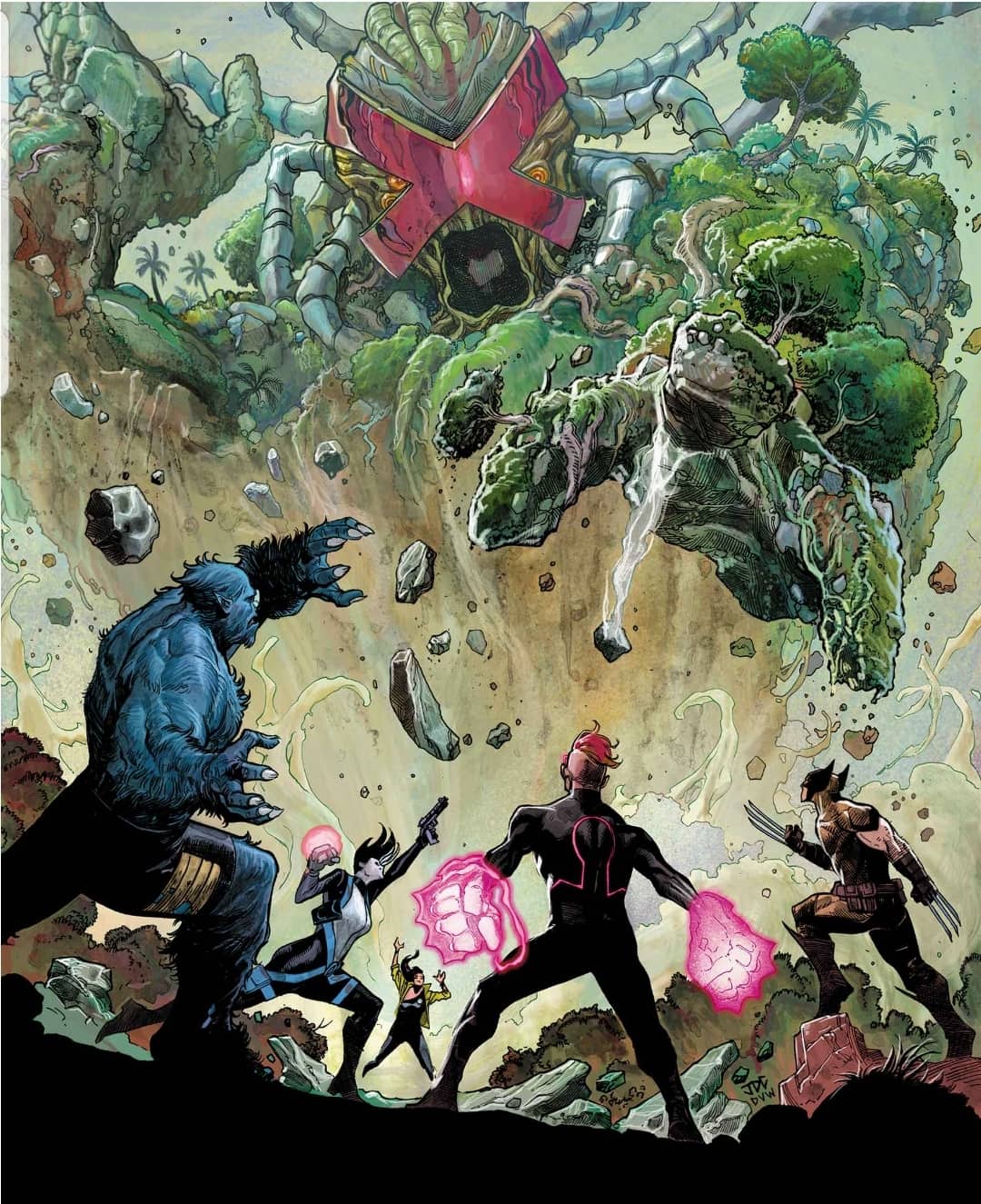 Cerebrax has gone a-hunting, and Black Tom is the prey. Will the machine merge with the island, and eat everyone, or will Sage be able to cauterize the wound before the island succumbs to the rot?

It kills me that this book appears to be so overlooked by fans of the Krakoan era. It’s not as thematically deep as some of the other stories, it’s true, but there’s a lot going on in this story and it deserves more notice than it’s getting.

Quentin Quire was the big player here, and while it’s true that adolescent, straight, white males with superiority complexes experiencing Coming of Age narratives are a dime a dozen, Percy still manages to make me care about the character’s whiney, massively entitled neuroses. I don’t care much, it’s true, but I care more than I would have anticipated. If Percy dedicated more time to Phoebe Cuckoo, as something more than a love interest, this side of the story would be more interesting. Right now, she is little more than a mirror, reflecting Quentin’s story. And she deserves better than that.

Sage’s developing bond with Omega Red is deeply fascinating. One is so calculating as to be, almost, a machine. The other is a vortex of appetite and rage. And yet, they are broken in much the same way; they treat their injuries with the same rough medicine. Their relationship is, in itself, a fascinating piece of writing.

Of course there is a cliffhanger. Of course, there is the requisite loss, and a tincture of uncertainty about the fate of one of the characters. But, without giving anything away, it’s clear to careful readers how this story will end. I am waiting on tenterhooks to see if I am correct.

Robert Gill’s art is wonderful; raw, and brutally appropriate for the story he is helping to tell. Guru-eFX’s color work adds shadow and depth to what is already a pretty saturated (read: bloody) book.

If body horror and questions of identity and self-worth are your thing, this is the book you want to be reading. It’s better than advertised.

If body horror and questions of identity and self-worth are your thing, this is the book you want to be reading. It's better than advertised.

X-Force #29: What About the Waiting Room?