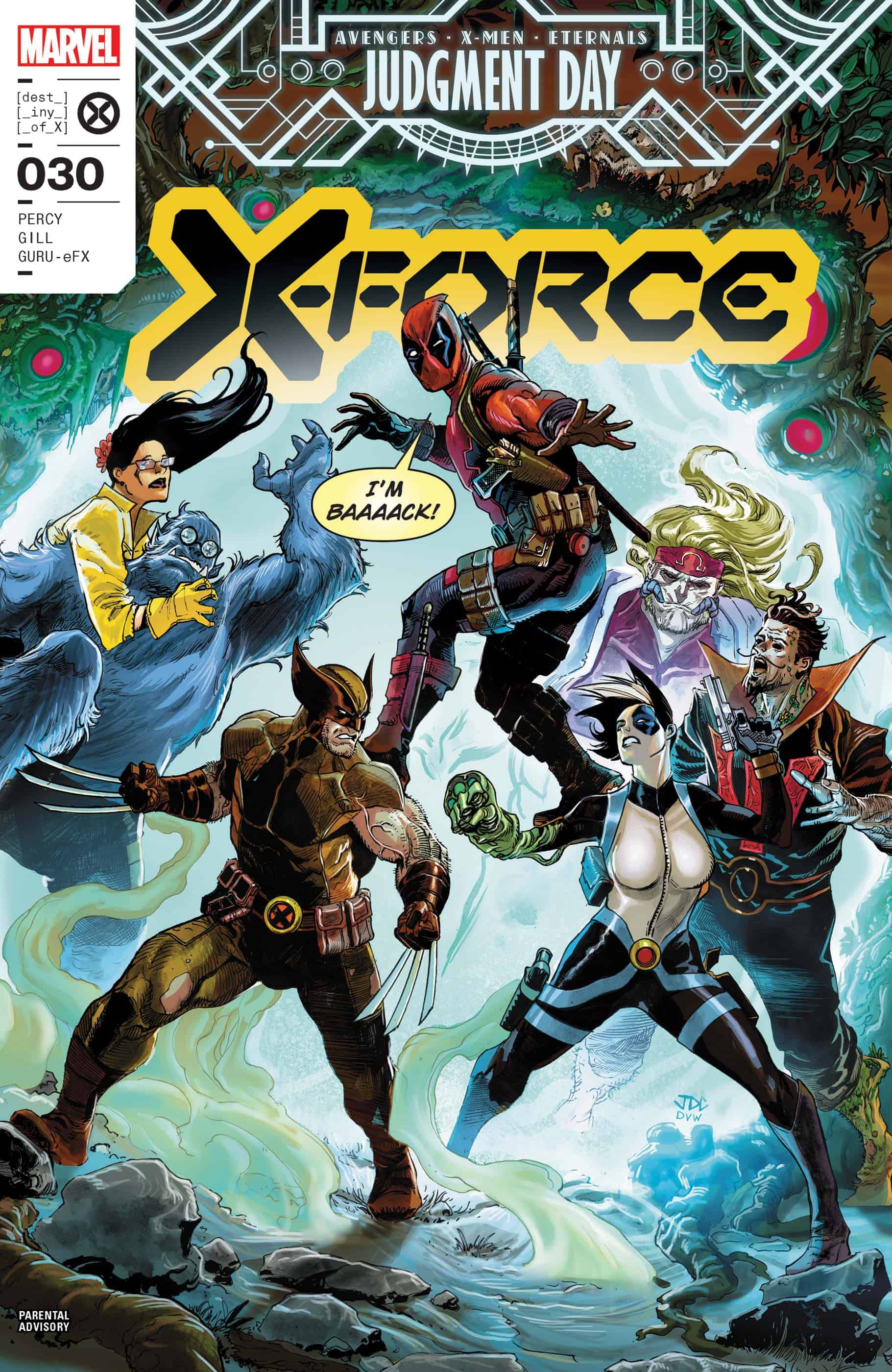 The members of X-Force find themselves stuck with Deadpool. Is there any way to escape his pervasive asshattery? The answer might surprise you.

I remember all of the furor taking place in the corners of the internet inhabited by X-Men fans ever since the cover of this issue dropped. ‘Does Deadpool have to be in everything?’, ‘Deadpool has become as bad as Wolverine in the 90s’, ‘Why does Deadpool have to be on Krakoa?’ and it is wonderful to know that all of this worry and upset was the intentional lead-up for an appropriately dark joke. I’m not going to spoil it, but I believe that both Deadpool fans and those who dislike him more than every last one of his exes will appreciate it.

Percy has started this new arc with a bang. Wolverine is taking a leave of absence in order to work through his anger over the death of Quentin — as well as his complicated feelings about Krakoa as a nation. Omega Red is adjusting (begrudgingly) to his new role on the team, and Beast has descended even further down into his megalomaniacal rabbit hole — now with the inclusion of genocidal racism.

The evolution of Beast has long been one of the most fascinating (horrifying) aspects of this series. Watching him become a monster is both difficult (as it should be) and absolutely fascinating.

Robert Gill’s art is absolutely fantastic, whether he’s creating a sentient forest or depicting the contents of a slain animal. Some readers may not enjoy the visceral, sketchy quality of his art (or at least not as much as I do), but it’s difficult to deny that it’s absolutely perfect for this book. Guru-eFX’s color work adds sheen and depth to every panel, and Joe Caramagna’s letters are both sly (in terms of design) and highly effective.

This is the perfect jumping-on point for new readers. Let’s hope that they’re better at making themselves welcome than Wade Wilson.

This is the perfect jumping-on point for new readers. Let's hope that they're better at making themselves welcome than Wayde Wilson.