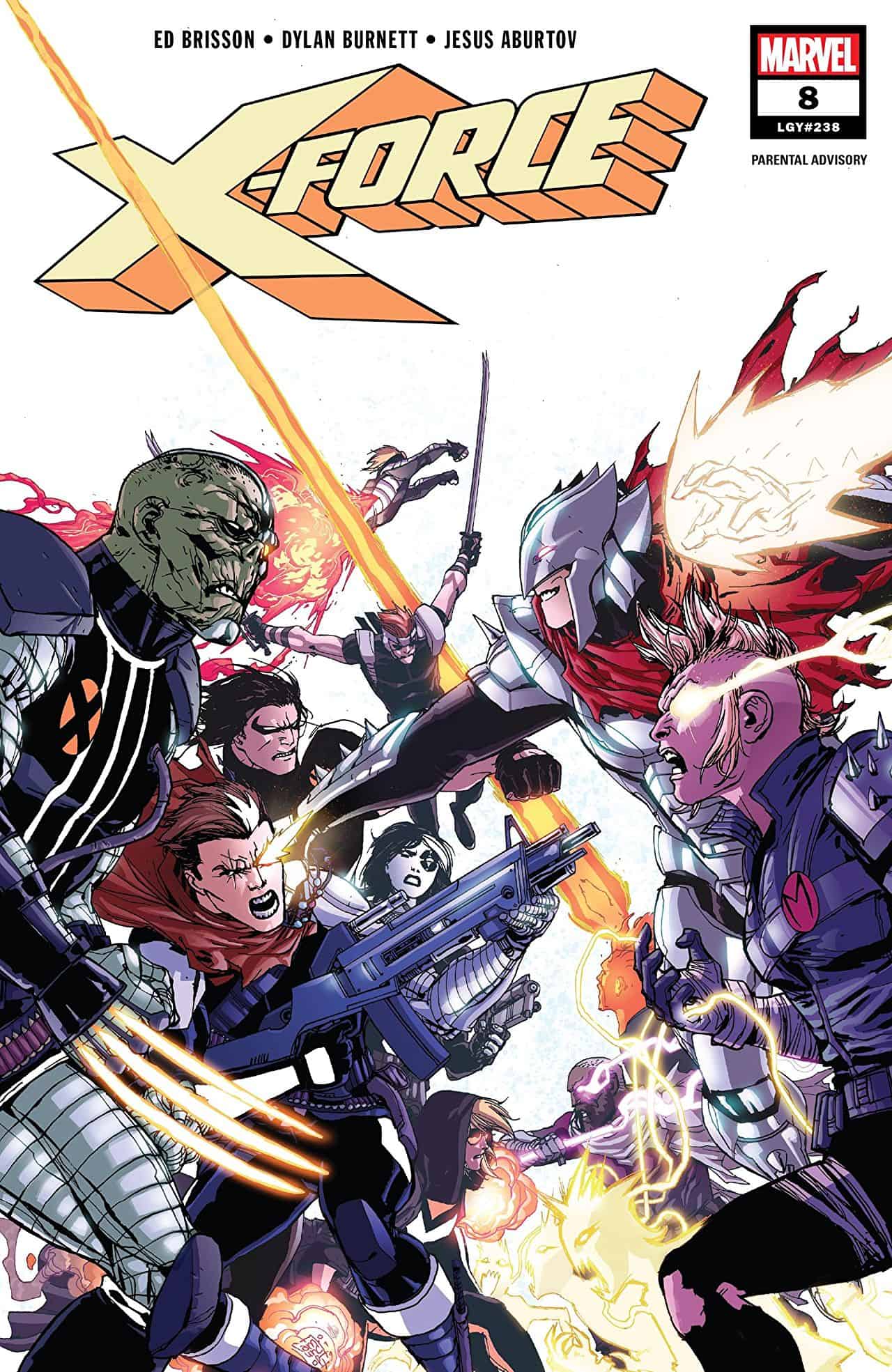 X-Force blast their way into the future where they are immediately attacked by Blaquesmith who, despite being ostensibly wise, singularly failed to ask any relevant questions which would prevent carnage. Meanwhile, Kid Cable is being rapidly overwhelmed by his techno-organic virus and Stryfe is using Rachel as a finger-puppet.

This story continues to be a fun, character-driven dark-toned futuristic romp. Brisson has a knack for capturing personality in snippets of dialogue and this is bolstered by Burnett’s dynamic artwork. This issue was primarily concerned with making certain that everyone falls into place for the final payoff (it was basically 22-pages of PLOT) but this was made palatable by the aforementioned snappy dialogue and sheer artistry of the plotting. A good action comic need not be profound, so long as the flow is fast and the scrip is enjoyable. This is very much the case for this story. 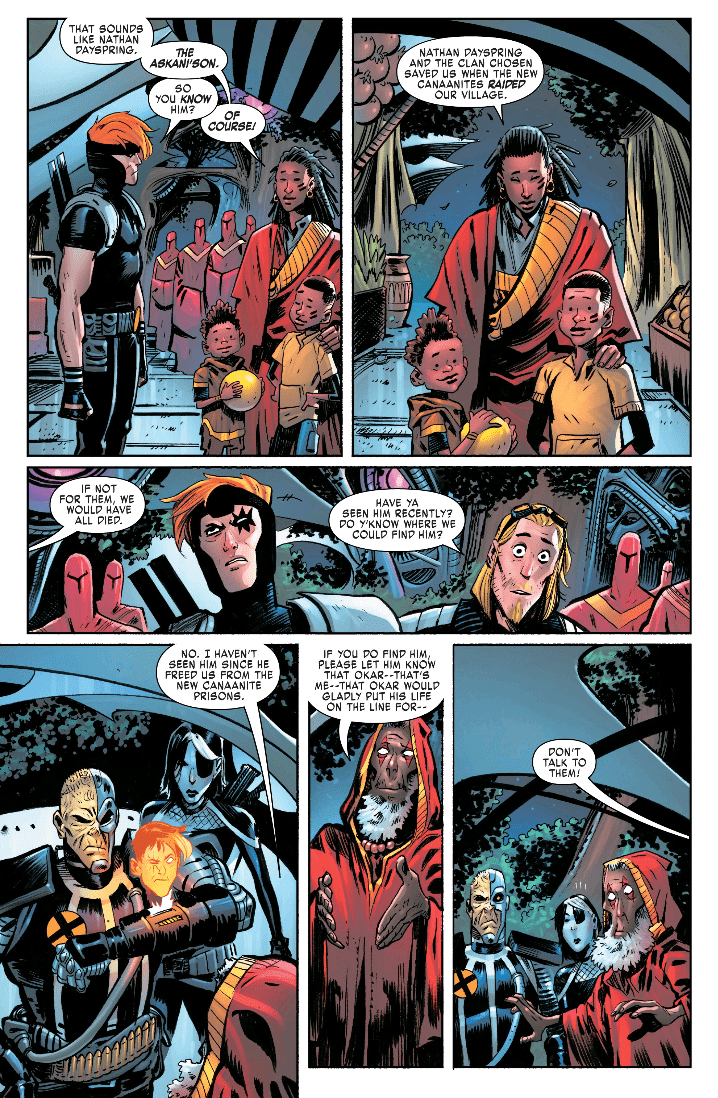 The members of X-Force are consistent in their execution. Domino has had too much of this sh*t. Proudstar is laconic and understated. Boom Boom’s speech alternates between vapid and cutting. Sam is good-natured and vaguely confused, and Shatterstar is just thoroughly pissed off. The characters react to odd circumstances in a realistic way, and they are met with believable levels of threat which they respond to appropriately. 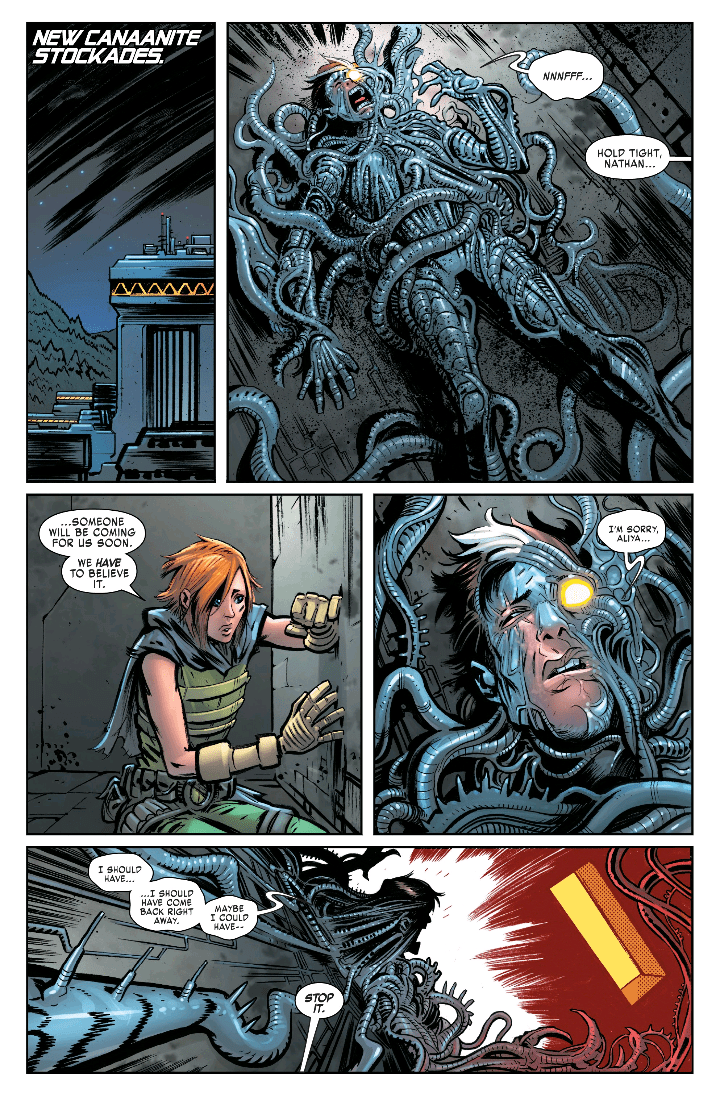 I am still wondering if the text is ever going to address the fact that Kid Cable is dating someone who could basically be a reincarnation of his sister or his mom, and I am still ridiculously frustrated that Rachel has basically been reduced to a worse-than-useless liability over the course of the last three books she’s appeared in. Right now, she’s being used to destroy the people who she is supposed to eventually lead to salvation. This is a profound waste of a character and I hope that Brisson is merely building on the groundwork laid by lesser writers in order to bring her some kind of redemption.

We’ll have to wait for the next issue to find out.

This story continues to be a fun, character-driven dark-toned futuristic romp. A good action comic need not be profound, so long as the flow is fast and the script is enjoyable. This is very much the case for this story.