X Lives of Wolverine #3: Lost to a Nightmare 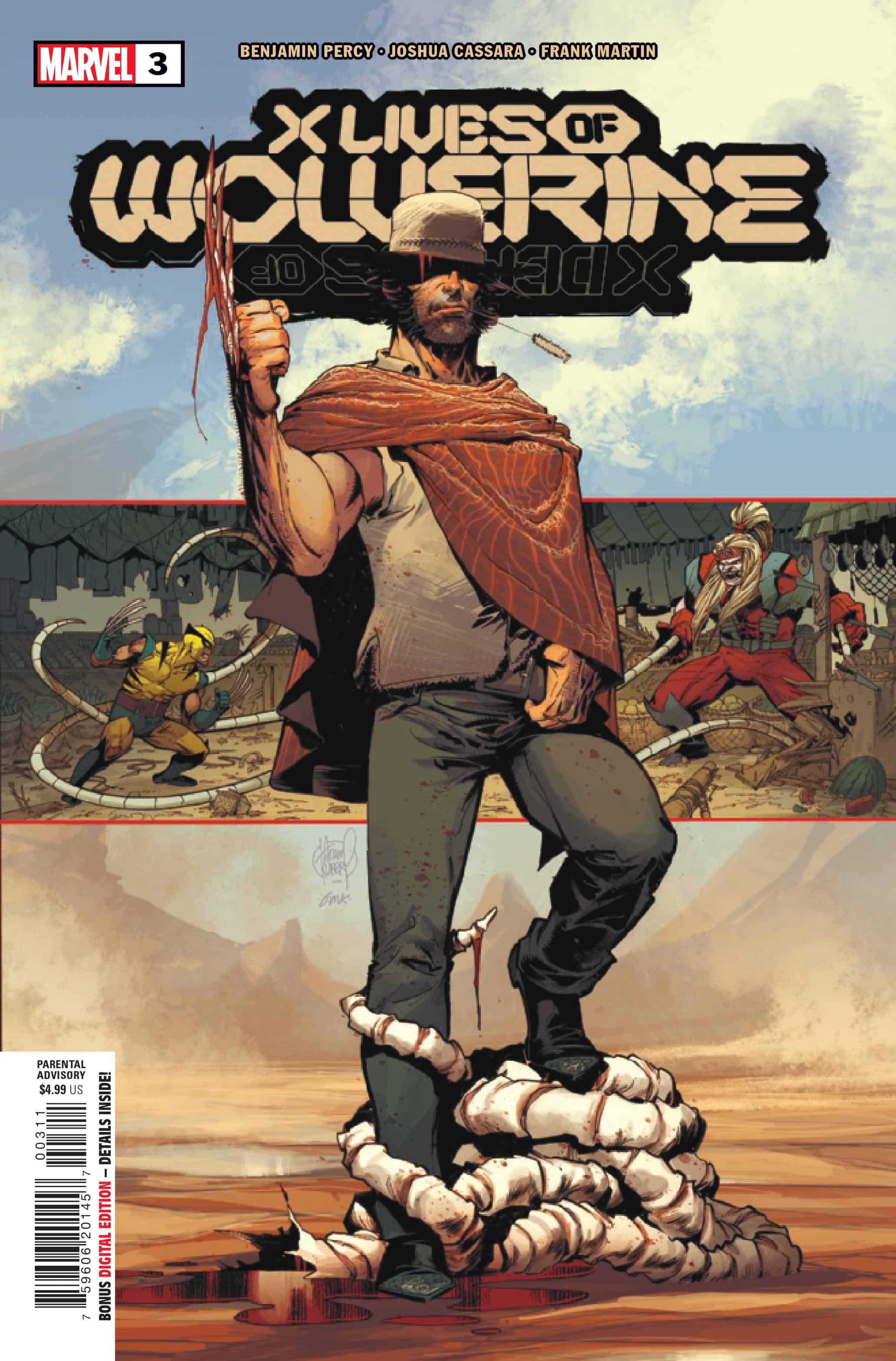 LOST MISSIONS OF THE MAN CALLED LOGAN! WEEK 5 - This time-shredding adventure of WOLVERINE sheds new light on eras of his life you thought you knew, and ones you never knew existed! Hang on for a ride from the early 1900s to missions with Department H and beyond. A peek into the past that will define the future…but only if he can stop OMEGA RED! 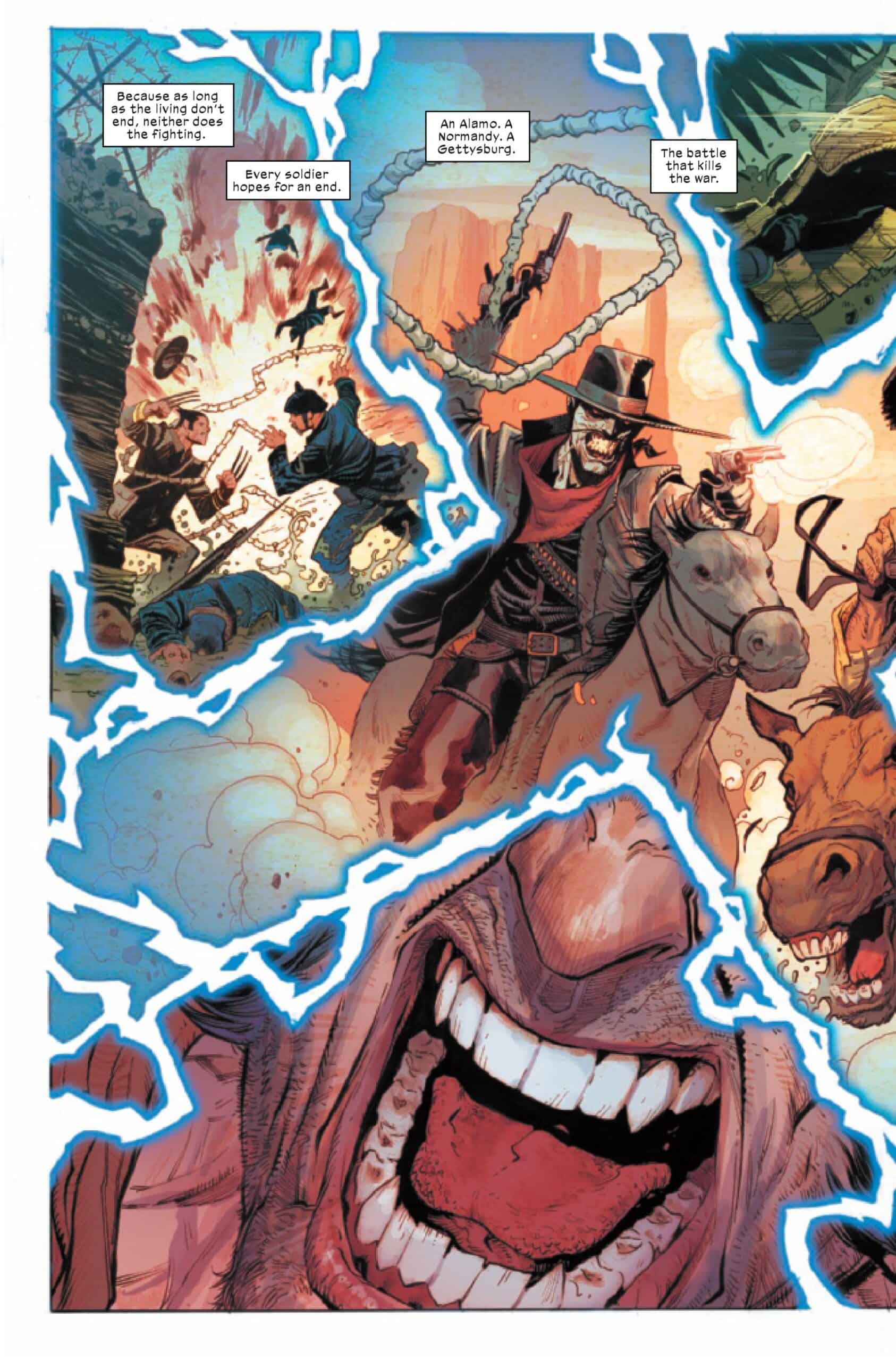 The X Lives and X Deaths of Wolverine event enters its fifth week with X Lives of Wolverine #3. Picking up where issue #2 left off, readers will find Wolverine still fighting his way through Japan, Colombia, and Northern Canada. The situations Wolverine found himself in the last issue have escalated dramatically. In Colombia you feel the urgency, in Japan, you feel the desperation, and in Canada, you feel the horror of the situation. In the 1900s, after being forced to kill his entire crew and facing the belly of an Omega Red controlled whale, Captain Xavier proclaims, “If I’m lost to a nightmare. I hope nightmares burn.” Though Logan is able to save the captain, this line strikes a chord and rings through the rest of the issue: Wolverine is lost in a nightmare. 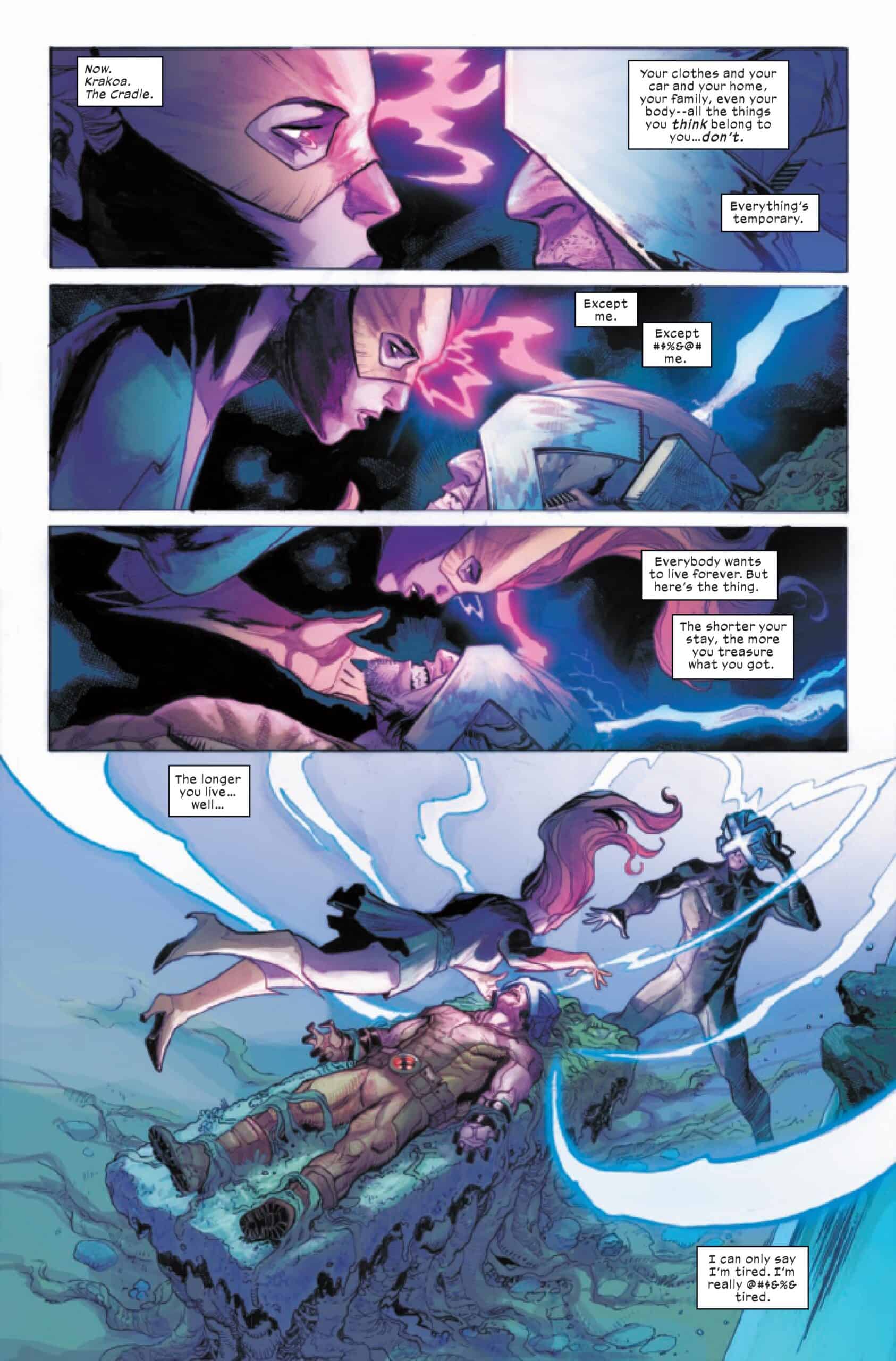 This is especially true in Japan, where not only is Itsu being controlled by Red, but Romulus makes an appearance. In terms of the original timeline, Romulus is early. Japan, in particular, feels personal, and once again puts Logan in a position of having to decide between the task at hand or righting his wrongs. It becomes clear that things are personal when Jean reveals that Omega Red and Mikhail Rasputin are now targeting Logan. In a psychic conversation between Jean and Charles, she communicates, “Healing factor doesn’t apply to his emotions, of course. He’s hurting,” followed by, “Sometimes its better to forget.” While it is unclear just what Jean means by that, it seems that Omega Red has noticed the same, and is going after Wolverine where it really counts.

Something that X Lives of Wolverine has done well, especially this issue, is handling action between multiple places at once. On top of that, the places are at different points in time. Dealing with this much moving around can sometimes give readers whiplash, but Percy clearly knows what he is doing. Even though we are still seeing the story unfold, it is obvious that Percy has a clear vision and a well-plotted story. I would say that everyone on the creative team was born for this book.  Martin’s colors on top of Cassara’s art continue to be an incredible paid that cannot be beaten. When you picture Wolverine, this is the one that should be the first on your mind. Both artists’ attention to detail is remarkable and neither wastes a single line. Petit doesn’t waste a letter or bubble, adding great touches like Wolverine’s speech bubble fading to Omega’s black in the final pages of the issue. I feel that every page is worth lingering on and taking in every detail. Plus there are some incredible visuals that I can’t stop thinking about, like a hive of wasps ripping apart Sabertooth’s face, an Omega Red controlled whale, Logan embracing Itsu just before his mind is sent away to another time and stunning images of Wolverine in the Colombian jungle. X Lives of Wolverine continues to be the best-looking X-title on the shelves. With the momentum X Lives and X Deaths have, I have no idea how Percy is going to tie them together, but it is safe to say that it will be worth the ride.

X LIVES OF WOLVERINE #3 raises the stakes for #Wolverine as he begins to realize his healing factor can only do so much! How long will he be able to keep this up?

X Lives of Wolverine #3: Lost to a Nightmare