X LIVES OF WOLVERINE #4: The Dirty Chalkboard of Memory 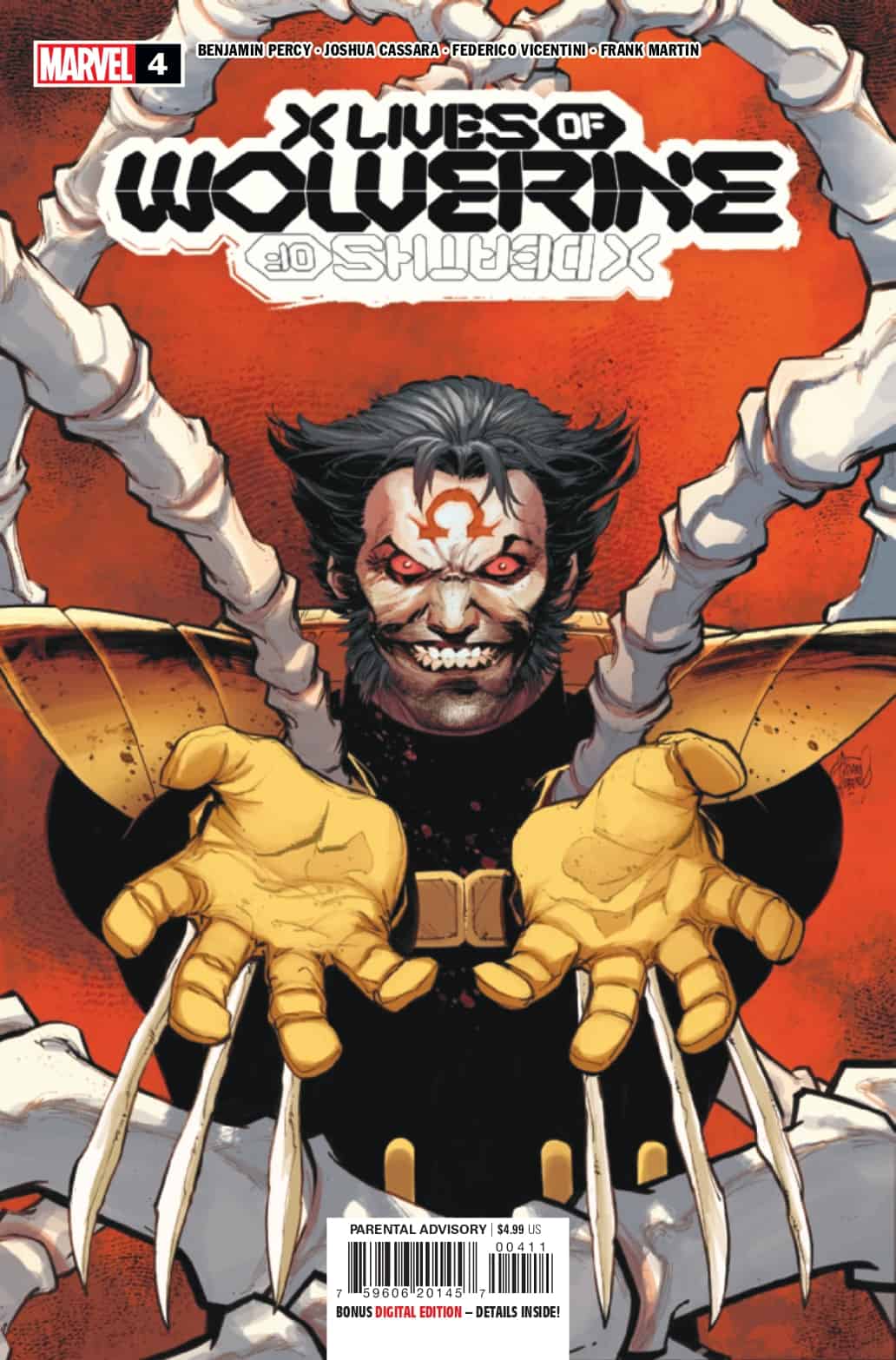 It's a war on multiple fronts all at the same time in Wolverines' past. Can Logan stop Omega Red even if he is possessed by Omega Red without altering the past in any way that will have consequences in the present? Or is it already too late??

It’s fighting on multiple fronts as Ben Percy splits the narrative path into four separate tracks three traveling together through Logan’s past and one set in the now. We have the continuing thread of Wolverine’s time in team X as an Omega Red possessed Logan seeks to eliminate Charles Xavier. Meanwhile further in the past during WWII at sea Logan has to protect Charles Xavier’s father from an Omega Red possessed Japanese pilot hellbent on crashing an explosive loaded plane into the ship he’s on. But first Logan finds himself in one of the darkest parts of his life…The Weapon X Laboratory and at the mercy of an Omega Red Dr. Cornelius! 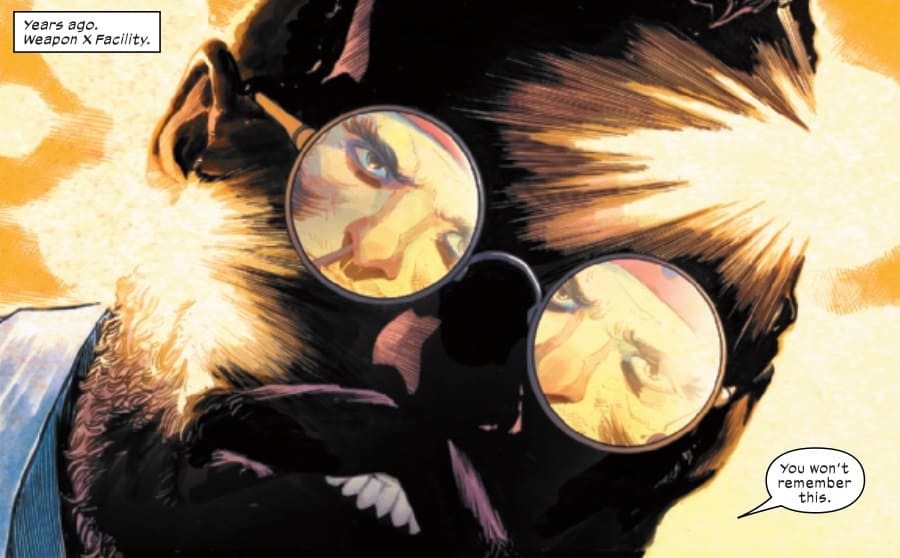 What works marvelously well about this issue is the movement between the three separate moments in time. It’s high drama and Percy isn’t afraid to tap into some of that good old banana’s comic BS and throws a symbiote into the mix. Yes, you heard me we get some Venom and not in the present in the past. How’s this possible? Percy cleverly draws from a comic written by Donnie Cates published in 2018 Web of Venom: Ve’nam (2018) #1 to explain what happens and the crazy thing is it works flawlessly. That’s the amazing thing about this entire issue, the last three issues Percy has taken the history of Wolverine and expanded it in ways that are new all the while using Jean And Xavier in the present as the voices of doom warning you can’t change too much or (insert dramatic du du duuuuuuuh music) there will be unforeseen consequences. In the team X moment in time, things are already looking like they are totally out of control and that the timeline is about to be changed… insert Sabretooth. 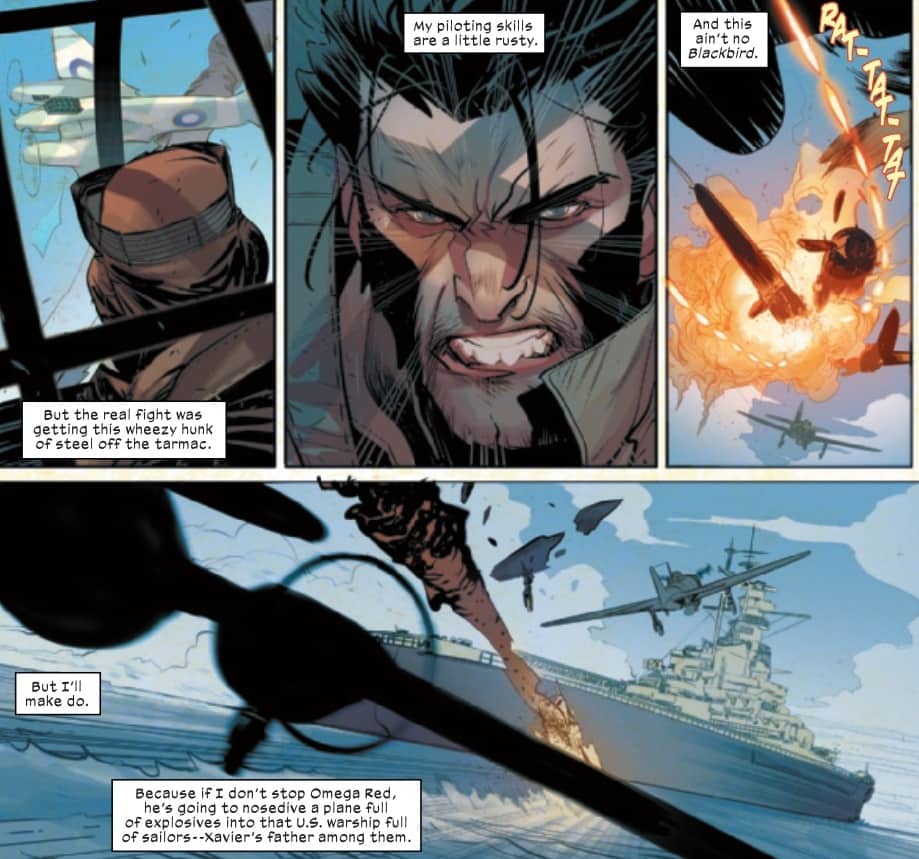 Percy does a clever narrative thing he takes you to the brink of you saying: There’s no way this can work! This never happened, makes it happen in front of your eyes but then closes the thread masterfully. I mean there’s no way a Venomized Weapon X could exist then? Wrong! it’s canon now but Percy has designed it so we get the crazy visual experience with little to no lasting side effect keeping traditionally held canon intact albeit enhanced slightly. In the Team X era, Sabretooth literally preserves history by killing Omega Red Logan. In WWII Logan stops the kamikaze pilot which means ultimately that Lady Deathstrike will come into existence. Percy overlays all the action with Wolverine’s inner monologue that examines his relationship with his past and how as much as he would like to change the past ultimately he can’t and won’t even though there are things he would change if he could. Percy then having sewn those threads up neatly brings us back to the present and things do not look good as Percy brings the drama into the present as Mikhail strikes at Xavier THROUGH Logan using Omega Red and the Cerebro Sword. 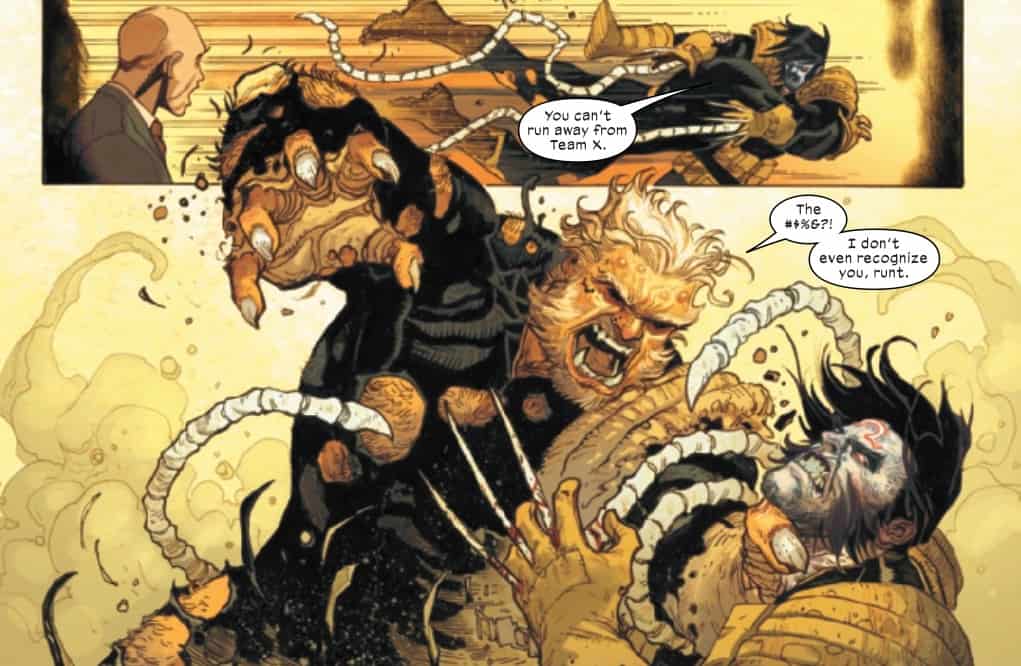 Art duties here have Vicentini handling the WWII scene and Joshua Cassara handles the Weapon X era and The Team X era. Both artists are on top form. Vicentini is a master of dynamic movement and really imbues the WWII part with the feel of a WWI war comic with superbly good WWII planes and battleships while Cassara’s gnarly detailed style is perfect for the Venomised Wolverine scene in the weapon x lab and the blood and guts filled no holds barred tussle between Sabretooth and Omega Wolverine in the team X era. Cassara again shows his ability to do amazing layouts (see the splash on page 21) which all come together to make a perfectly drawn issue from the first to the last page. 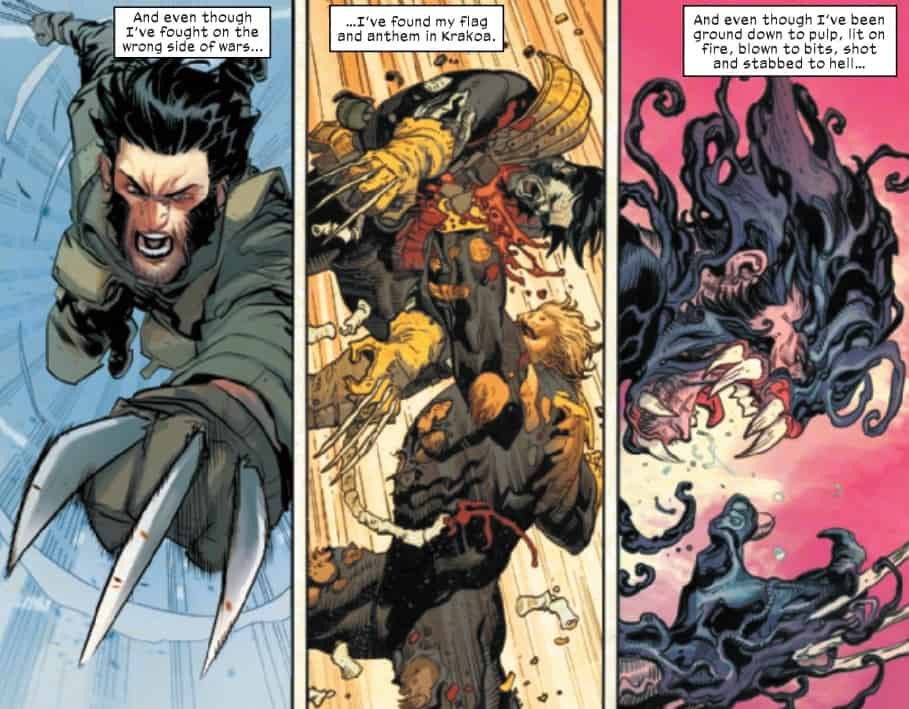 A special mention on the coloring. This comic is a great example of using predominant shades and complementary hues of certain colors to delineate the different parts of the past in the story. The WWII era is dominated by blues, the Team X by yellows and oranges, and the weapon x ra by purples and deep reds. It’s a clever use of color as a differentiating psychological element by Frank Martin and it follows a distinct path. At first, the colors are separate, full pages then as the issue increases in pace they come together on the same page before arriving in the present where the element is gone and no single color dominates. It’s storytelling with color and it adds to an already outstanding installment art-wise.

X Lives of Wolverine #4 masterfully expands Wolverines past canon in a cleverly scripted, brilliantly illustrated issue using clever reference points from past stories and existing canon for a thoroughly entertaining and drama-filled romp through Logan's past before the creative team drags us back into the present for a cliffhanger ending that'll make you exhale and say, Damn, Bub!

X LIVES OF WOLVERINE #4: The Dirty Chalkboard of Memory