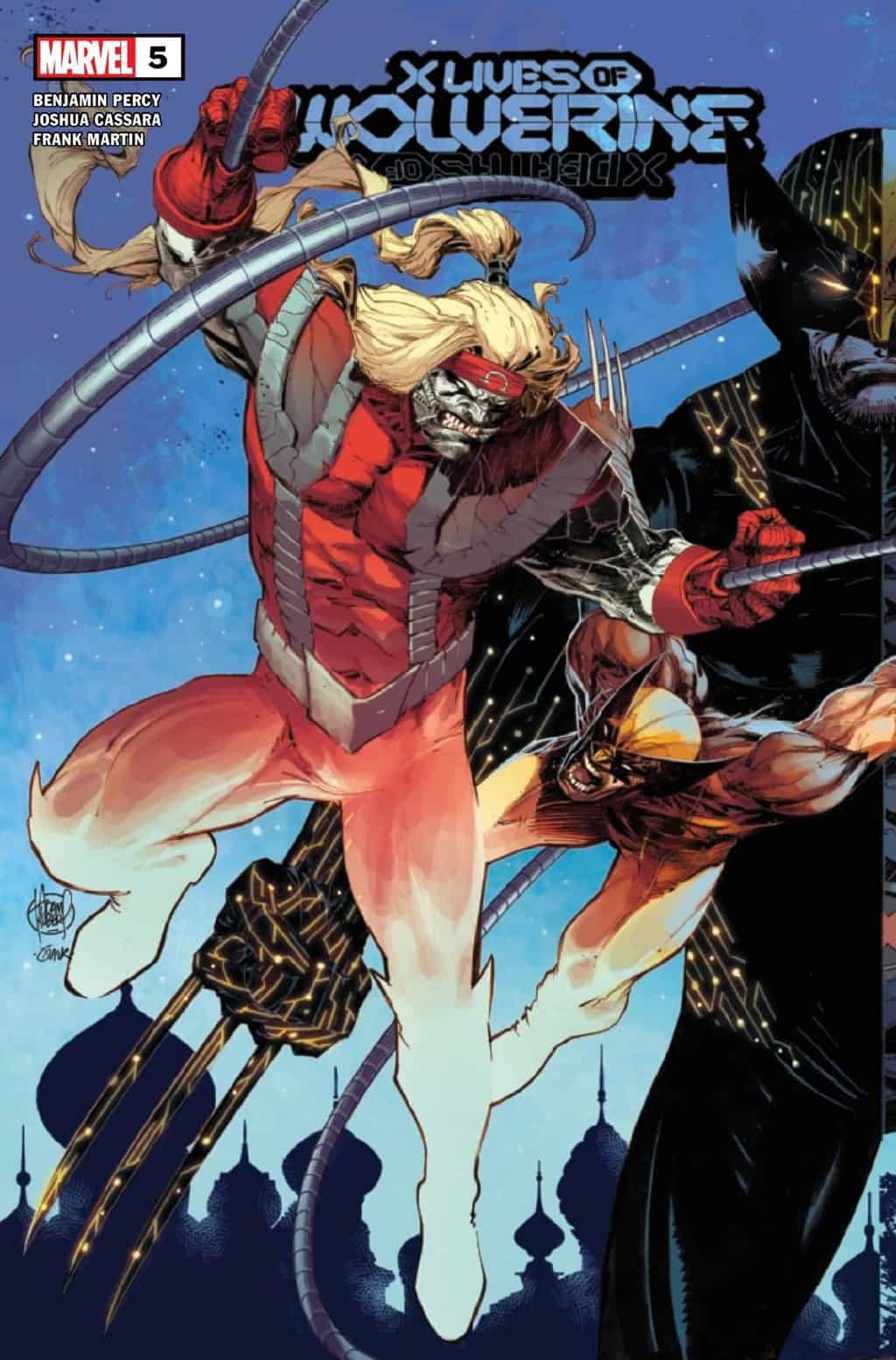 TIME TO DIE! WEEK 9 – OMEGA RED has threatened the past, present and future of mutantkind. Today, WOLVERINE puts an end to it. The unbelievable climax to X LIVES OF WOLVERINE is an experience comic readers won’t soon forget and sets the stage for the ultimate finale in X DEATHS OF WOLVERINE #5! 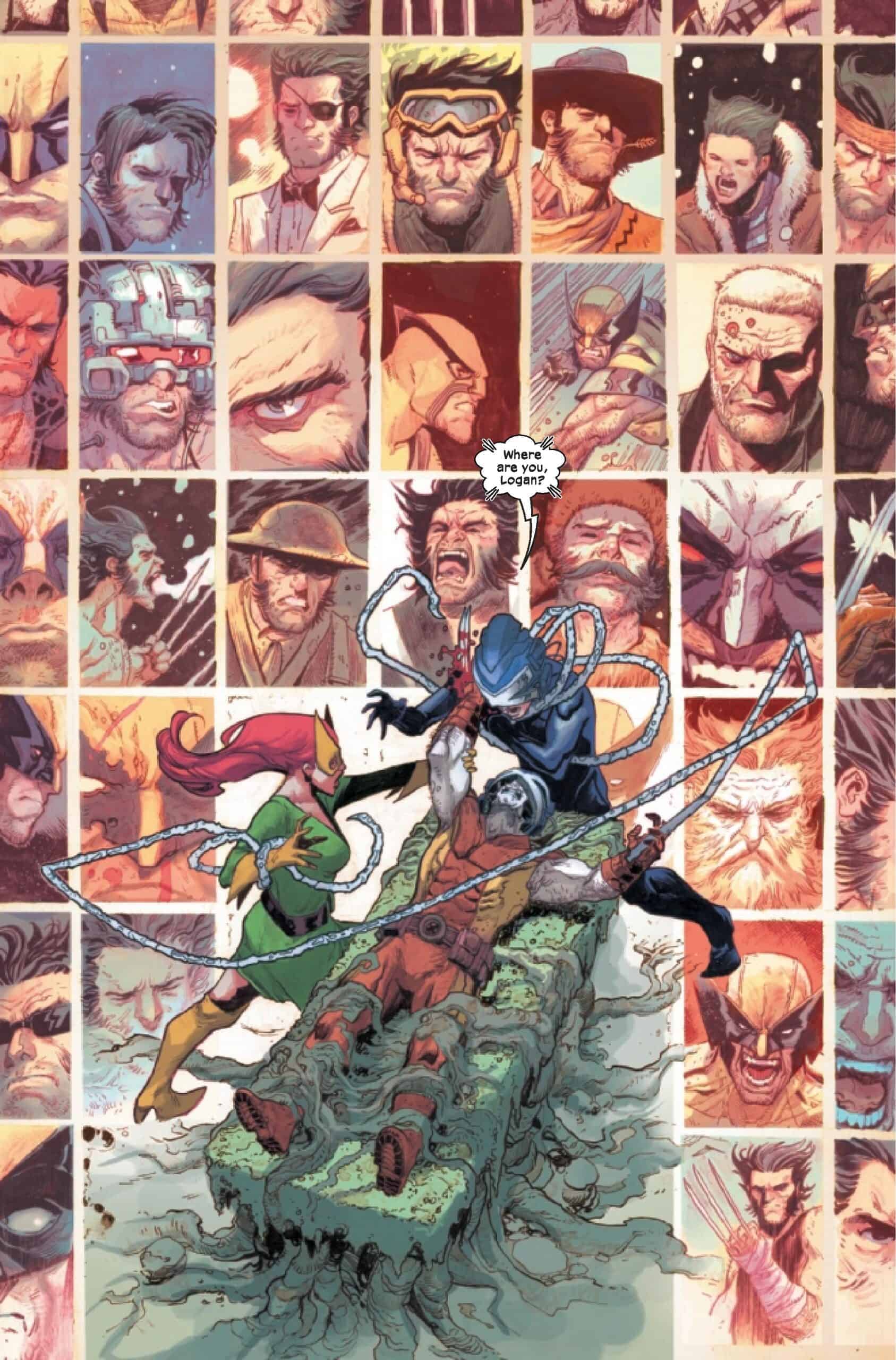 When I started X Lives of Wolverine, I wasn’t sure where it was going. Comic readers are no stranger to time travel, but between X Lives of Wolverine and X Deaths of Wolverine, Benjamin Percy approached things in a way that felt fresh and exciting. We learned in issue #4 that things end up the way they should even when there are slight alterations in the timeline. Timelines are elastic or even like memory foam. Wolverine and Omega treated time like they were jumping on a memory foam mattress: things return to their original position. What does this mean moving into X Deaths? Does this idea apply to the future and Moira’s actions as well?

We just spent five entire issues seeing Wolverine and Omega Red relentlessly fighting, but the final fight between the two really felt like they were taking their gloves off to destroy each other, and that is precisely what they do. I’ve said before that I think Joshua Cassara draws one of the best-looking Wolverines, and this fight demonstrated that. Cassara crafted an amazing fight and his use of long shots and close-ups were extremely effective. Some amazing visuals like the standoff in the snow followed by Wolverine’s freezing breath wrapped around his face like Wyatt Earp’s magnificent mustache or Wolverine’s bloody smile just before he rips through Omega. Frank Martin’s colors add a whole new layer to the fight and the series in general. Martin keeps up with Cassara’s pencils and makes sure nothing is lost in the fight and draws the reader right into the clash of blood and snow.

Cory Petit presents Percy’s words as effectively as possible in the fight between Wolverine and Omega Red. The bruteness of the fight and Wolverine’s narration are vastly different in tone, but Petit’s lettering is in harmony with the big fight. Reading Wolverine’s narration doesn’t distract or take the reader out of the fight. In fact, the lettering makes the fight feel that much more meaningful for Wolverine’s growth throughout the past five issues of X Lives of Wolverine, from the gnarly “SHIK” as Omega is slashed in two to the boxless and out of panel “Only thing you can control is the ending.”

Overall, X Lives of Wolverine #5 was a great finish to the series and an excellent transition to the event’s climax in X Deaths of Wolverine #5 next week. Everyone that worked on this issue was firing on all cylinders.