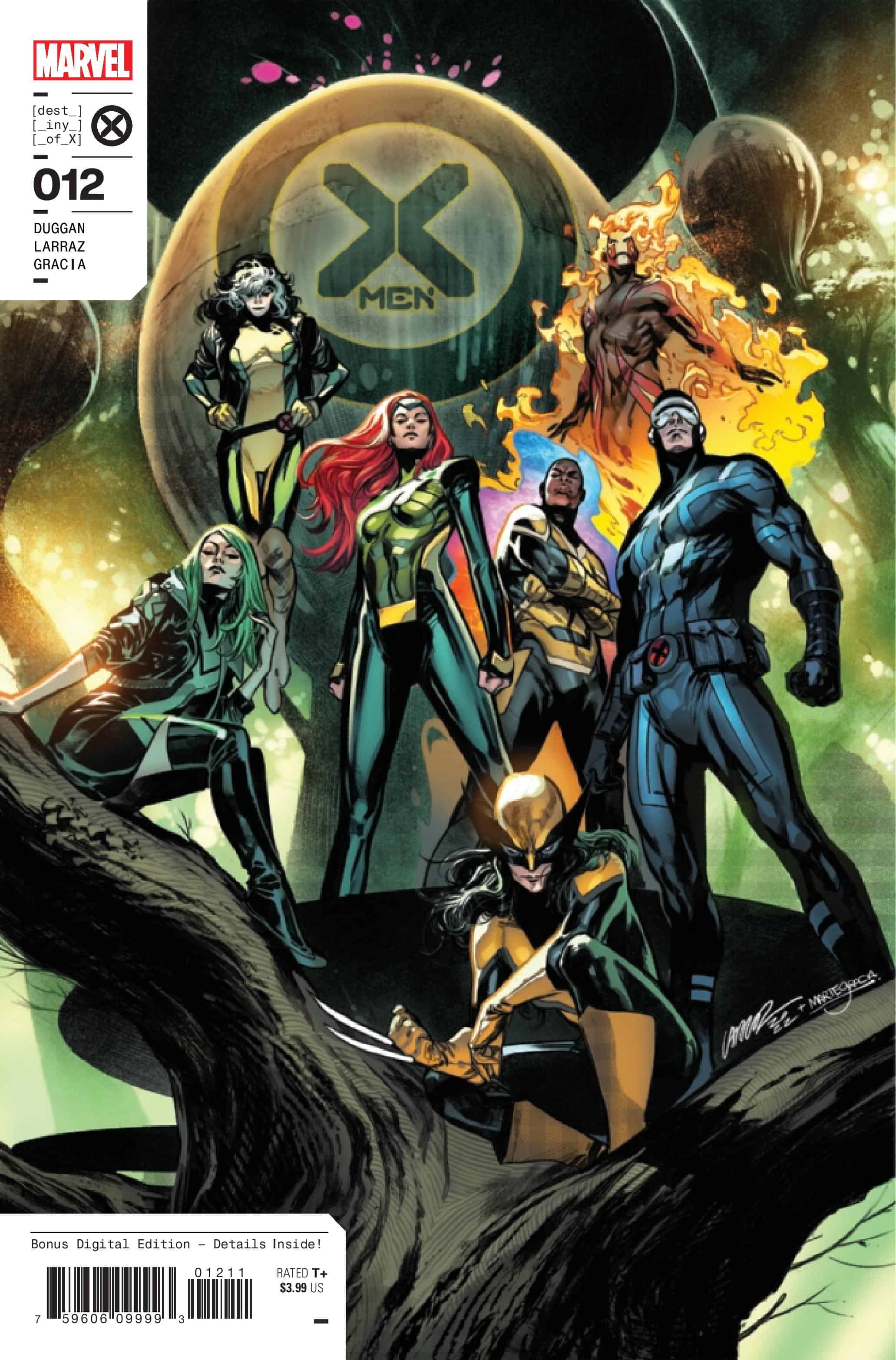 THE GRAND CLIMAX! On the eve of the Hellfire Gala, threats have closed in on the X-Men from all sides. The secret machinations of Doctor Stasis, the terror of Gameworld, even the threat of the X-Men's own secrets getting out…it's all led to this!

It’s the finale to the Cordyceps Jones GameWorld saga, Stasis’s identity has been revealed, but what does this mean for the Silent Council and those mutants on Krakoa, is still up in the air, but the dramatic possibilities that comes from this revelation could shake the mutants to the core. The team kind of dissolved by the end of the issue, making way for the new team that’s to be announced to the world in the upcoming Hellfire Gala. We get all this, plus Cyclops comes clean to Ben Urich, and the secret that mutants have conquered death is now public knowledge, so who knows how this is going to affect the world is to be seen, but going by the mutants track record, I don’t see things going in their favor.

Let’s start with the things I liked with this issue. Duggan really has a handle on the characterization of the separate members pretty well in hand, and the quippy dialogue is something that’s been quite enjoyable for the mutants. I grew up on decades of mutant, mutant, angst, angst (kudos to you if you know the Peter David X-Factor issue I’m referring to), so to see them not constantly dealing with the extermination of their species has been a welcome change of pace. Sure, they’ve been dealing with the extermination of the entire earth from Cordyceps Jones and his GameWorld shenanigans (which honestly could have just been set on Casino Cosmico, and the Profiteer introduced in the Empyre event), but it’s a fun change of pace. Especially since that’s what we’ve been given in Percy’s X-Force.

I also like the development given to Synch over the course of this run. He had all the potential to become a major player during his time on Generation X, but that was cut short due to his untimely death at the end of that series. So to see him here, and truly flexing his potential muscles here has been nothing less than a yaassss moment for me, because he’s really become a key component for this team. Sure, he’s been doing some over the top stuff with his powers (like why is he synching with Jean and Laura in another solar system, rather than another mutant that was closer to him, but I digress), but it’s been a fun ride with Ev and the rest of his team.

And last, but not least, the art here by Pepe Larraz and Marte Gracia is transcendentally beautiful. Every panel just oozes with a skill that evokes emotion, depth, and gravitas. Whether it’s an action scene, or just a couple guys sitting in a booth at a local coffee shop, discussing things like transcending death, it’s just a treat to read. The X-Men has a history of taking exceptional artists and making them global superstars, and if Larraz keeps up with this level of quality, he could be the next artist added to that list of artists.

The cons are pretty much everything I’ve had from the start of this run. The lack of development for much of the group being the main one. With the team getting a new team every year is going to be an issue moving forward, because why are you going to care for a cast that isn’t allowed the opportunity to congeal? There’s still so much that this team needed before it got dismantled, that it’s just going to hurt things in the long run. The X-Men aren’t just a mutant peace-keeping force, they’re a family, and champion of a maligned minority group. Part of the mutant metaphor is reaching out and connecting others to a shared experience of being discriminated against, but you can’t connect with a cast that you get nothing from. I’ve read the X-Men for decades, and consider myself an expert on the inner workings of the group, but most of these characters read like strangers to me. Hopefully the next lineup will get the chance that this one didn’t.

It’s been a long year, and the end of the Cordyceps Jones plot has finally come to an end, but the secrets surrounding Dr. Stasis, and ORCHIS are just heating up. Unfortunately this looks to be the last issue with the current lineup, filled with familiar faces that we really don’t know anything about. Lack of characterization for most of the cast has been one of the most glaring issues we’ve had with this run, so let’s hope this next chapter won’t fall into the same rut this one had.