X-Men #20: Between the Profit and the Loss 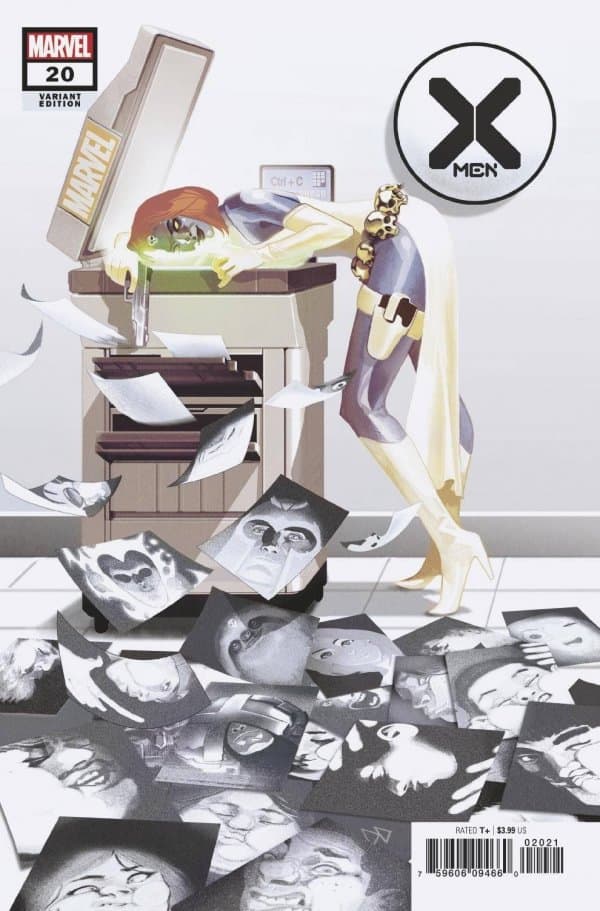 Mystique has been promised her wife, but Xavier's bar for success keeps moving and the prize is drifting out of reach. Just what is Raven willing to do, to get what she wants?

This issue primarily served as a means of driving up the stakes for Mystique and drawing the readers’ sympathies further into her corner. Much was promised, here, for future stories (most notably, the upcoming Hellfire Gala) but this story was very definitely designed to foster emotional resonance rather than furthering the plot — which isn’t to say that nothing majorly important happened here. Without getting into spoilers, there’s a reason that Nimrod features on the cover. It ain’t just window dressing.

Family is the central theme of this book — specifically the lengths a strong person will be willing to go to in an effort to undo the death of a loved one. On the one hand, we’ve got Mystique — a woman who is, frankly, terrible at loving people — who has been promised the return of the one person she has ever managed to really love well. Xavier and Magneto have promised her a great gift (something to which she should be automatically entitled, according to the laws of Krakoa) and the requirements for getting this gift (in point of fact, a *person*, not property, not a bargaining chip) keep shifting. Now they’ve sent her on an impossible mission, to complete a task, by herself, that an army failed at. They want her to fail, though they know the cost of it. She fails, of course, and buried in that failure are the seeds of their fall.

Even worse than her failure is the fact that they’re strike has sparked against another woman’s grief and lit the fuse of something world-ending. I can’t give away more without the aforementioned spoilers, but this is a big, long-promised shift in the series, and it will create external pressure which will match Mystique’s rage. Picture an internally pressurized can. Picture a nail. You get the idea.

In other words, old manipulative Chuckles, in his hubris, has forged a double rod for his own back.

I will say that this issue wasn’t particularly necessary. We could have seen this Orchis development in other books. We were already well acquainted with Raven’s raging grief. But the mirroring of the women (missing partners: subtextual children) their mirrored agony at the denied, long promised return of their loves, was beautiful and terrible to see. This story might not have been necessary, but it was brilliant. It certainly made me hug my spouse a little bit tighter tonight.

I will say this, also: Destiny’s diaries aren’t missing anymore. They’re in the hands of the person who deserves them least, and they have been turned over and well-thumbed.

Francesco Mobili’s art was potent, visceral, but it presented a clarity that was both wonderful and awful to endure. We see everything we want to, in these pages, and quite a few things that we’d rather look away from. There was one panel in particular, of a grieving woman (no. Not Raven) that practically tore my heart out. Mobili makes suffering beautiful. That’s a gift. He’s a talent to watch.

I’ve never been so impressed with this series.

This book is a beautiful, terrible gut-punch. It'll leave you grieving— in the best possible way.

X-Men #20: Between the Profit and the Loss