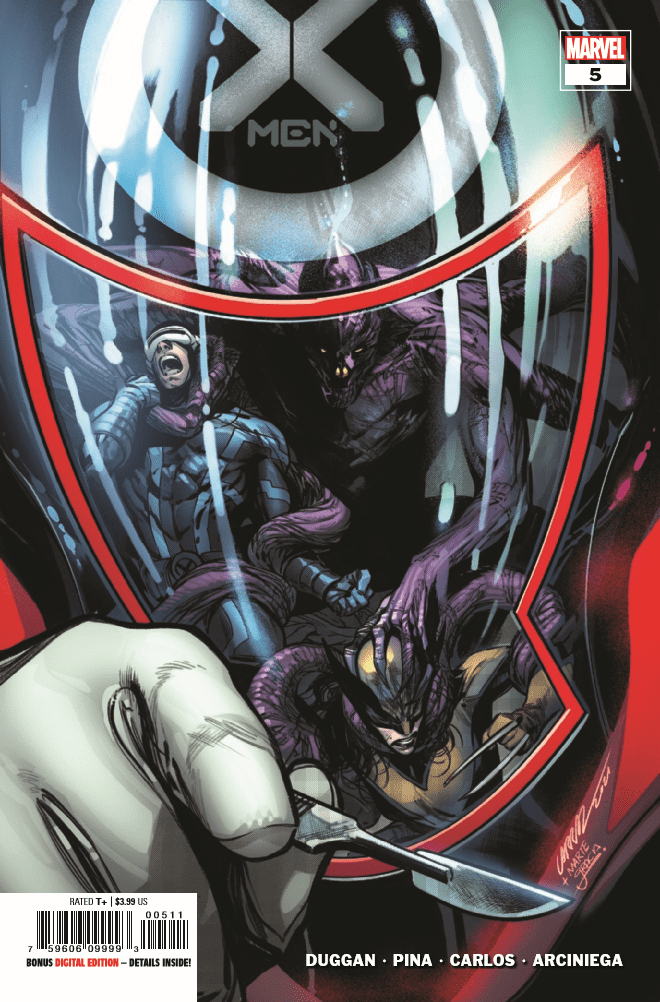 ENTER: DOCTOR STASIS! The X-Men's new nemesis finally makes himself known to them, bringing his creations to bear. Mutants may have conquered death, but their foes are all too living… 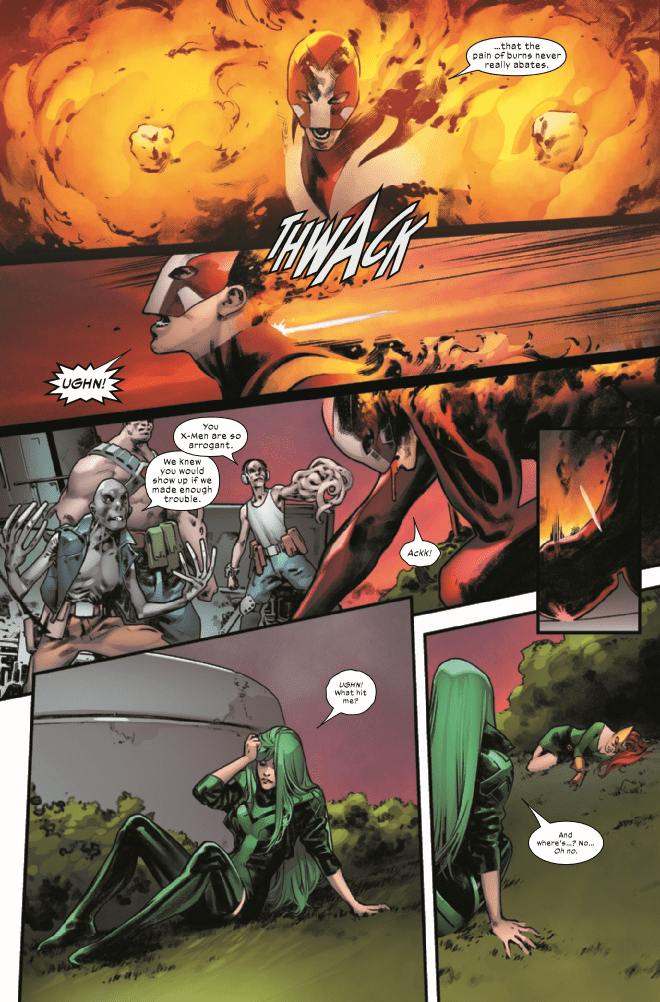 It’s an interesting balance of the team doing very heroic x-men things and some character introspection this issue. Duggan uses this chapter to focus specifically on Lorna aka Polaris and show her being an absolute badass both in kicking some reaver butt (using an unconcious Wolverine as a weapon) and helping save people from an impending nuclear disaster and that’s all fine and solid x-men fun, with Gerry throwing in the laugh track early. I like the idea of Lorna being extremely capable, relatively smart and more than just a little mean.

The story also looks to examine Lorna’s reason for joining the team and while I appreciate the cleverness of using the idea of Jean rooting beneath Lorna’s relutance to have her join the team, it feels like a little too much like the creative team trying to justify pulling Polaris away from her place on X-Factor and onto the main team. There’s even a data page where Lorna writes to Northstar to give a whole schpiel about how Jean was right and she was wrong and joining the team was the best thing ever for her it and I cant help but come away with the feeling like someone is saying a little too loudly:Look see we were right to do this and that just doesnt sit well with me.

Im not sure who did what art wise but I think between Javier Pina and Ze Carlos they come up
with a solidly drawn issue, splitting art duties at clever places scenes are handled smoothly
between the two artists whose styles are fairly different without being overly jarring because of the clever way the art split is done (shout out to whoever in x-editorial did that because it
works very well!) Arciniega is rock solid on colors. I think it’s interesting to note that one
of the two artists styles is closer to Larraz’s style than the other and that seems another
clever a deliberate choice from the x-office.

Beyond that, it’s a very capably handled issue as Duggan threads in the mysterious threat of Dr.Stasis killing a cute critter (making Polaris look even meaner lol) and puts Cyclops on edge as Ben Urich reveals he’s going to run the story about how mutantkind has conquered death. We get to see more of mutant-kind giving back and oddly enough Emma, who is in like three panels, gets the best line in the whole issue.

X-Men #5 is a capable installment which splits itself between x-heroics and some character introspection, while pushing ongoing plotlines a few steps forward. It tries a little too hard to justify some past choices in my opinion but that doesnt stop it from being an entertaining yarn nonetheless.