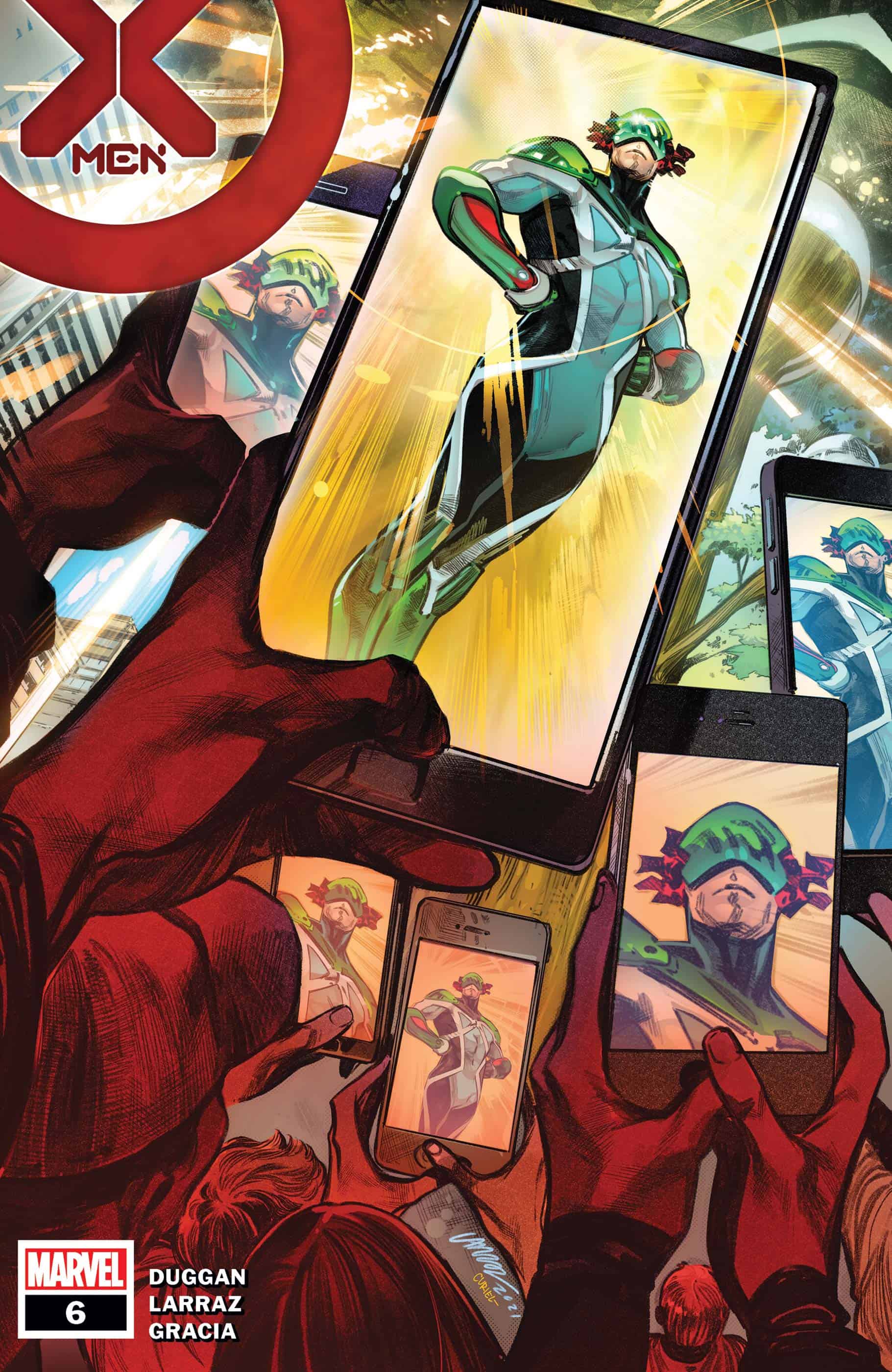 WHATEVER HAPPENED TO CAPTAIN KRAKOA? There’s a new hero on the X-Men. Who is he? Why is here? And why does Cyclops not want him on the team?

Fear not, favored citizens of the third marble in the Sol System, for Captain Krakoa has arrived, and no kitty stuck in a tree will have to fear for their lives anymore. Who is Captain Krakoa? It’s exactly who you think it is. I don’t know who you thought it was, but it’s exactly who I thought it was. I’m not exactly sure where Duggan’s going with this, but it’s a concert that could prove to have some interesting twists and turns in the coming months. This issue continues the trend for Duggan, Larraz, and Pina run of being a standard done in one, with the continuation of subplots for stories further down the road, this issue was a pretty decent read. It had some great character moments, this issue featured Sunfire, and I’d have to say that the character work Duggan is doing here has been the biggest highlight of this run thus far. Duggan and Larraz go way back, as they were on the third volume of Uncanny Avengers a few years ago, showing the Marvel fandom that they had the chops to run with the big dogs, so the expectations for this book runs high.

I’ve read a lot of criticism for this book regarding its lack of super huge big moments to move the Krakoan age to its next phase, but I feel that this title has been treading water thanks to things changing in the line that Duggan had to wait to finish before he gets to put the pedal to the metal. The trial that wasn’t really a trial just finished last week, and Inferno ends this week, and the Wolverine weekly event begins soon, so hopefully the team’s going to have the reins removed and they’re able to really shine. There’s lots of things that this team has been setting up over the course of the last five issues, and this issue we get a pretty big step for what we can expect for Marvel’s not so Merry Mutants, their nemeses Orchis, and Feilong. So expect things to start to heat up during our next era.

Pepe Larraz is back with this issue, after a two issue break filled in by the absolutely amazing Javier Pina, and it was such a smart idea putting him on this book. He has to be one of the best artists that Marvel has on its roster, and when you have artists like RB Silva, Carmen Carnero, Jan Bazaldua, Pere Perez, and so on, that’s really saying something. Larraz really elevates any project he’s on, whether it be saving a cat from a tree to a mutant of Arakko launching into a full scale assault on one of its foes, you get nothing but the gold standard from him. Mix his linework with Marte Gracia’s colors, and you have a piece of art in your hands. From House of X, to X of Swords, to this, Larraz feels like he’s just warming up. Hi

This issue throws a couple curveballs at the fans, and leaves you with the nagging feeling of what’s going on? How did we get here? I have a feeling it’s going to lead to something big, especially after the revelations we were given over the last couple issues regarding ones…behavior. Does this all connect together, or am I wrong and it’s something completely different? It’s been a slow start for the new flagship X-Men book, but with recent events ending in other titles, and as we prepare for the next phase of the Krakoan experiment, are we gearing up for some big things? I hope so.