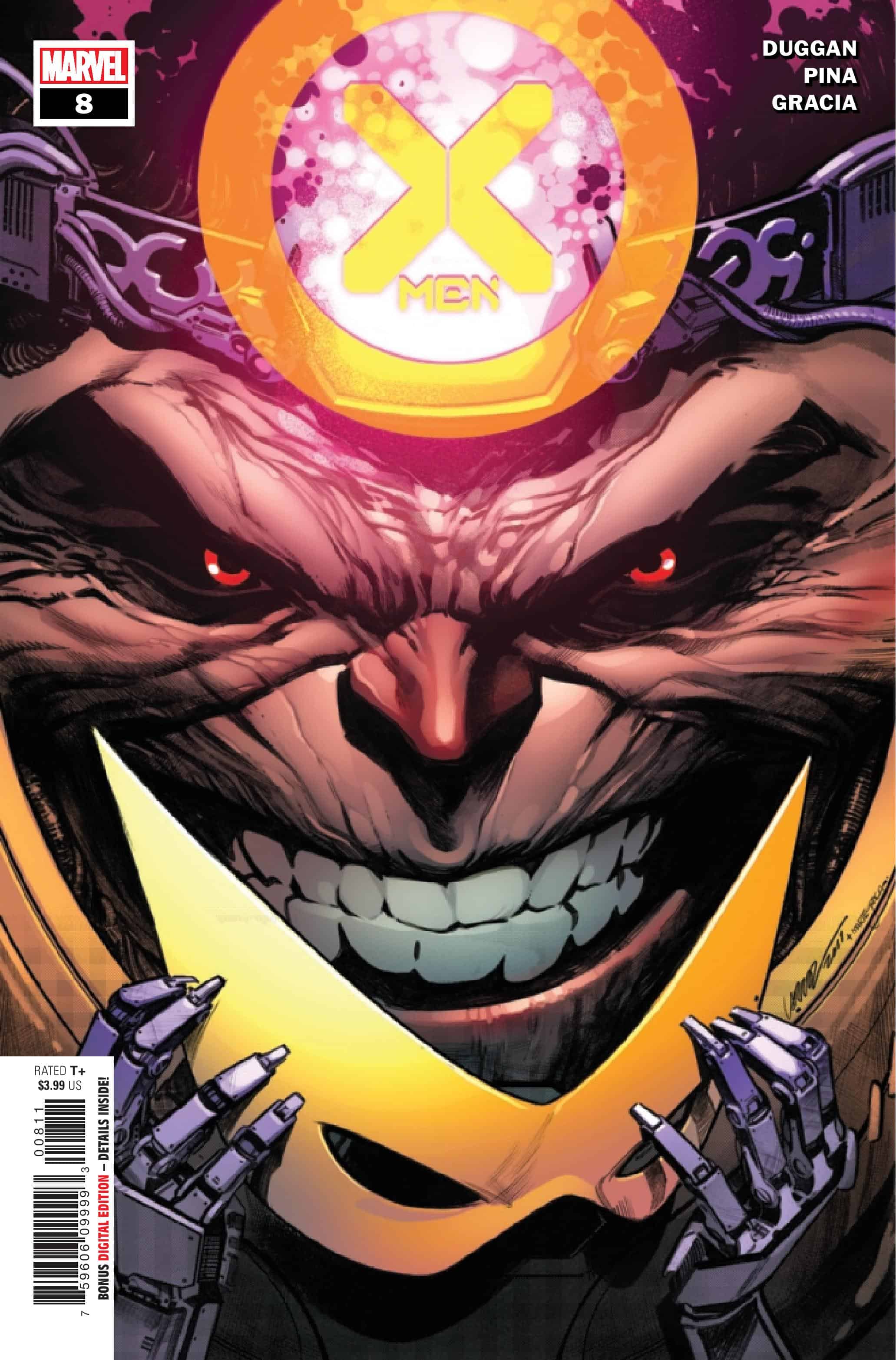 The buffet is undefeated.
M.O.D.O.K. TAKES AIM AT THE X-MEN! The X-Men have faced a lot of foes in the past...but few have had a face as big as this one. DARE THEY FACE M.O.D.O.K.?

Duggan’s back with Javier Pina, and gives us another fun chapter for the flagship X-Men title, this time featuring MODOK, AIM, and an attack on a luxury cruise ship. We also finally get to see Everett’s reasons for wanting his place on the X-Men, and I’m more than slightly disappointed with it. I’m not exactly sure who is responsible for Everett’s decision, but it completely misses the mark. Normally I try to leave spoilers out of my reviews, but this is one that I feel needs to be discussed in full. It completely misses the mark on the character, and what he represents. It’s really a shame, because Duggan’s handling of Ev since joining the team has been one of the highlights, as well as Polaris, and Sunfire to a lesser extent.

Everett has been an X-character since the mid 90’s, and was unfortunately taken off the board for more than a decade, which has been a total disservice to the character. Ev’s one of the few black male X-characters, so to see him return in the pages of Hickman’s X-Men last year, then to see him join the public team, was an incredible monument to the character, his potential, and the legacy that comes with being an X-Man. This team has long been an allegory for discrimination, so to see one of the few black characters motivation to join the team was out of an unrequited love for Laura seems like an injustice to Everett. It’s honestly a shame, because other than this moment, the issue was a blast to read. Yeah, nothing of consequence really happened in this issue, but that’s been a constant since the launch of this title. Duggan’s clearly just spinning the wheels until the next status quo is established, so every issue has felt inconsequential, albeit filled with some straight up capes and tights fun, with a subplot here and there.

Javier Pina’s back, and I honestly didn’t realize it was Pina instead of Larraz. Pina’s really shined with his fill in issues, and this might be his best one yet. He and Marte Gracia continue to work their magic on this issue, and they continue the level of artistic excellence that Gracia and Larraz have set the bar at. Tapping Pina as the fill in was a stroke of good luck. Unfortunately the same can’t be said for the rest of the x-titles.

Another issue where not a lot happens, but we do get a nice little story involving MODOK & AIM, two factions of Marvel universe we don’t see interacting with the X-Men. We also get to see Everett’s motivation for joining the team, and that was very disappointing. Hopefully there’s more to come with Synch, because the character and the fans deserves more than that.