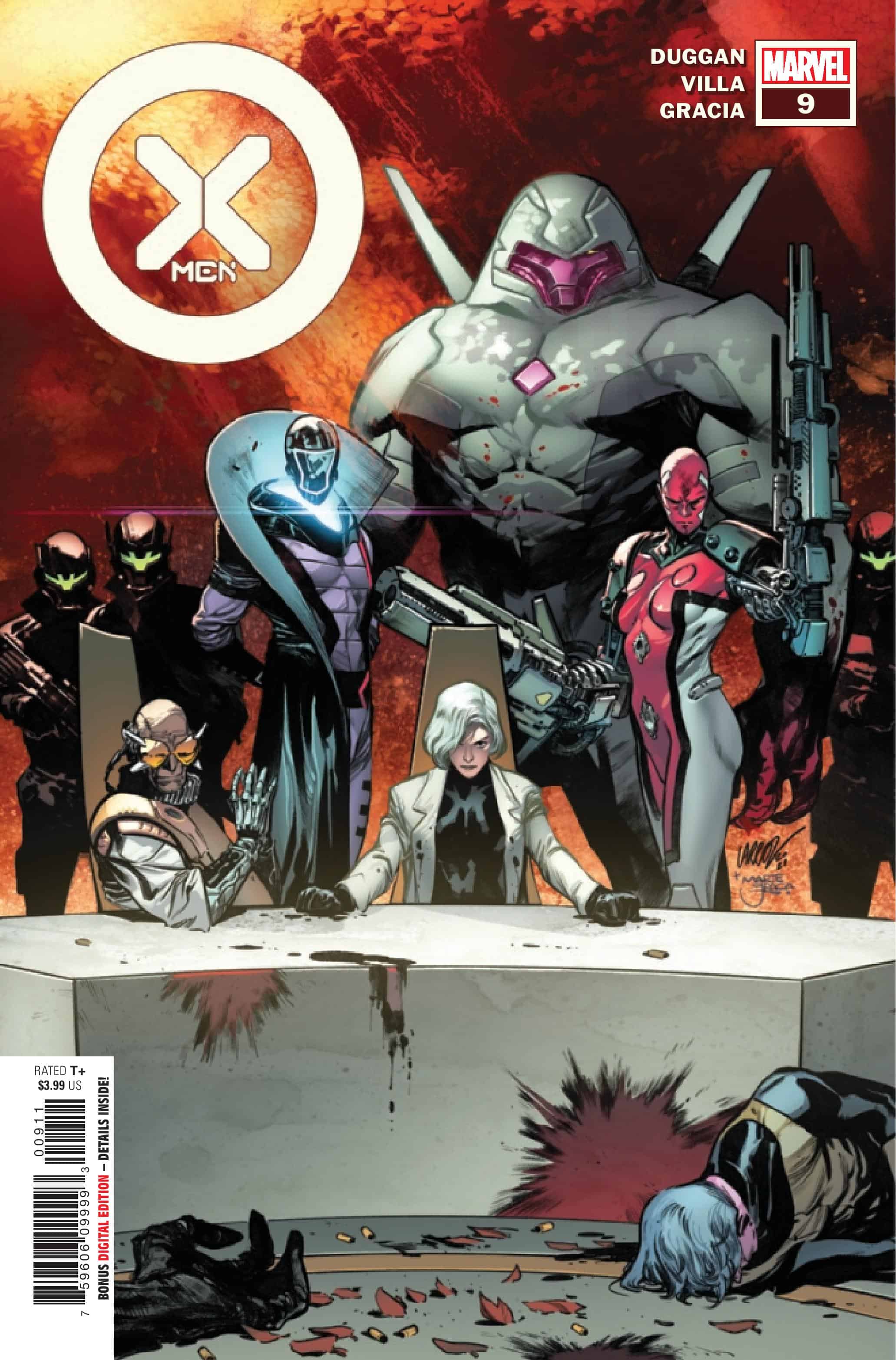 The Quiet Council of Krakoa. The Great Ring of Arakko. The Central Column of Orchis. Three ruling bodies, all about to make vital decisions that will affect their people for years to come…and the X-Men are caught in the cross fire.

We are officially 9 issues into Duggan’s era of the X-Men, and we finally get an issue focused on Rogue, who, despite being a personal favorite of Duggan’s, has been used sparsely thus far. Well, it was supposed to be focused on Rogue, but I wouldn’t exactly say it was. Now, I am by no means a fan of Rogue, despite her Claremazon status, but I quite frankly enjoyed this issue, despite it being about Rogue. The thanks goes to Destiny, and Duggan’s dialogue for her, and the barbs she’s been slinging at Gambit. Like, seriously, she made me chuckle quite a few times, to the point I let my husband (who doesn’t read comics) read the issue as well to see the reason for my giggles. There are a few groaners here and there, but it’s Duggan. I’ve come to realize I laugh/love some of his dialogue about as much as I groan and roll my eyes at it. It’s just so schmaltzy at times.

We get another issue of filler, with some nuggets thrown to us about advancing the plot regarding ORCHIS, Dr. Stasis, as well as new member, MODOK, forward, but again, nothing substantial thus far. No, the strengths of this book so far have been Duggan’s consistent, and entertaining character development, and this issue didn’t disappoint. I’ve long been a fan of Destiny, so I’m so glad she’ll be making the rounds of this upcoming era of the X-Men. She and Mystique were having a discussion regarding Rogue, after Mystique was being plagued by nightmares from Mastermind, and they were about to lose Rogue to Xavier, and the X-Men. I can’t wait to see how the rest of the X-writers use Destiny.

Another huge boon for this book has been the absolutely brilliant artists it’s been lucky enough to grab, and this issue continues that trend. We get C.F. Villa, who, if you’ve read the recently concluded Black Cat, you’ll know just how good he is. This issue might be the best one I’ve seen from him yet. I don’t know if he’s trying something new, or Marte Gracia’s colors, but it’s really something jaw dropping here. I hope to see him in other places in the X-Universe (hopefully it’s for the Scarlet Witch book rumored at the end of Mag’s Trial).

An issue focused on Destiny, which suits me just fine. Duggan’s got a real handle on the character, and she likes to provide the hilarious commentary in regards to her opinion on Rogue and Gambit’s relationship. Meanwhile ORCHIS continues to move at a snails pace on what exactly their plans are. I know slow and steady wins the race, but it feels like we’re going in reverse.