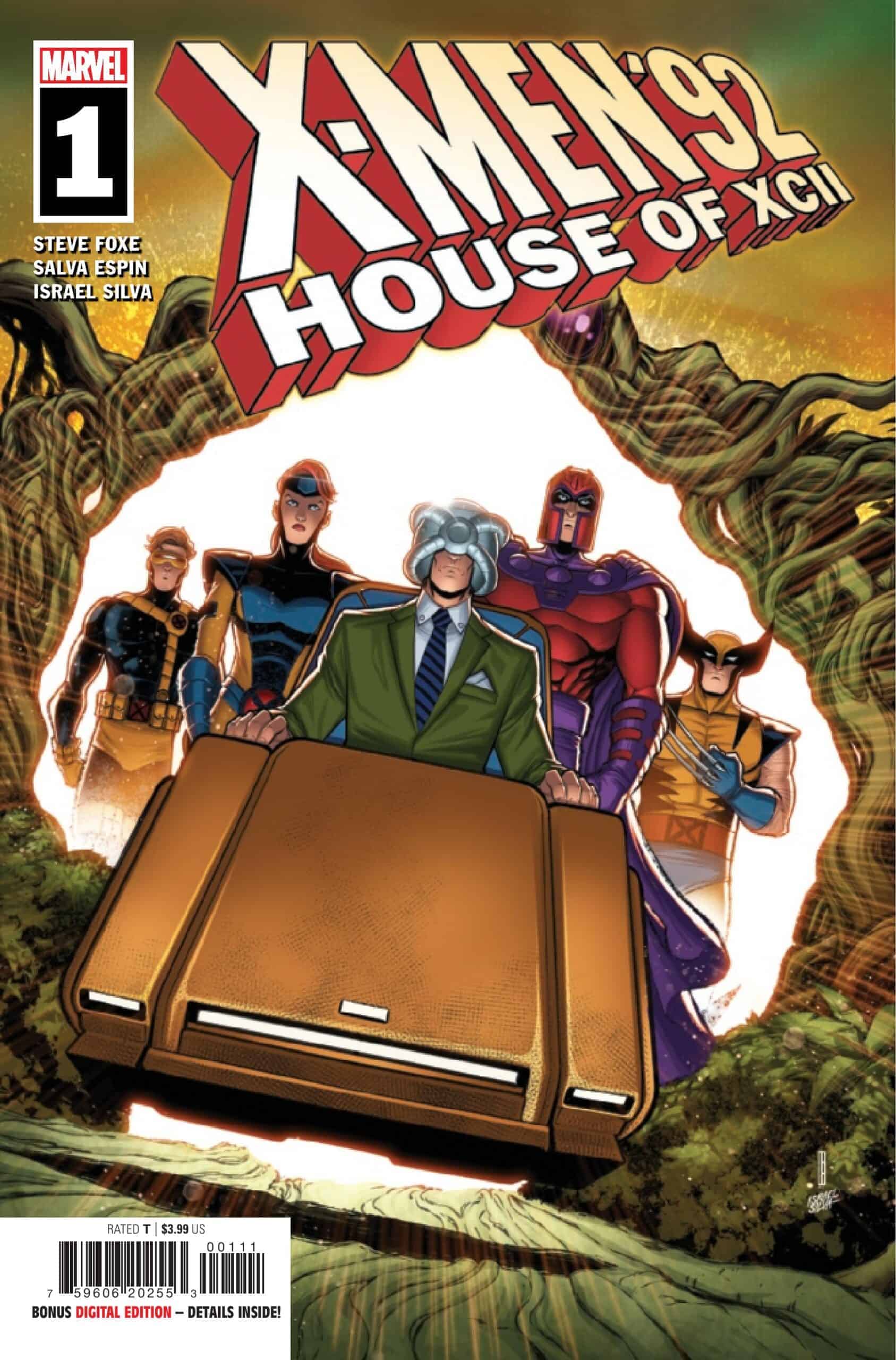 Everyone’s favorite ’90s incarnations of the X-Men have returned…but this time, everything is even all-newer and all-more different! Mutantkind is taking a huge leap forward by founding their own nation on the island of Krakoa, guided by Professor X, Magneto, and a mysterious long-lived woman who knows more than she should. That’s right—the ’90s X-Men are tackling the Krakoan Age thirty years early… and it’s NOT going to go the way you expect!

Confession: I knew I was going to like this comic going in. I’m very much a child of the ’90s era and love that period as much for both its garish flaws as well as its iconic multicolored spandex-clad wonderment that captured such a huge following for Marvel’s merry mutants. What I did not expect was how much I was going to love what Steve Foxe, Salva Espin, Israel Silva, and VC’s Joe Sabino have done with the material.

X-Men ’92: House of XCII does something unprecedented. It takes the complexity of themes that Hickman came up with for six issues of House of X and distills it down to its essence then perfectly marries it with the simpler and fun ’90s sensibilities of the era. Foxe’s deliberate adherence to using the exact characters from ’92 cast speaks to both a deep love of the material he is working with as well as how much thought and research went into this adaption. It’s a marvelous balance that perfectly walks the tightrope between nostalgia and the more modern story Hickman created without being weighed down by either and has something for everyone from the fans like me that love both eras to the fans that like to only live in the nostalgia of the past or the newer reader that missed the 90s era and therein lies the magic of what the team has accomplished here. 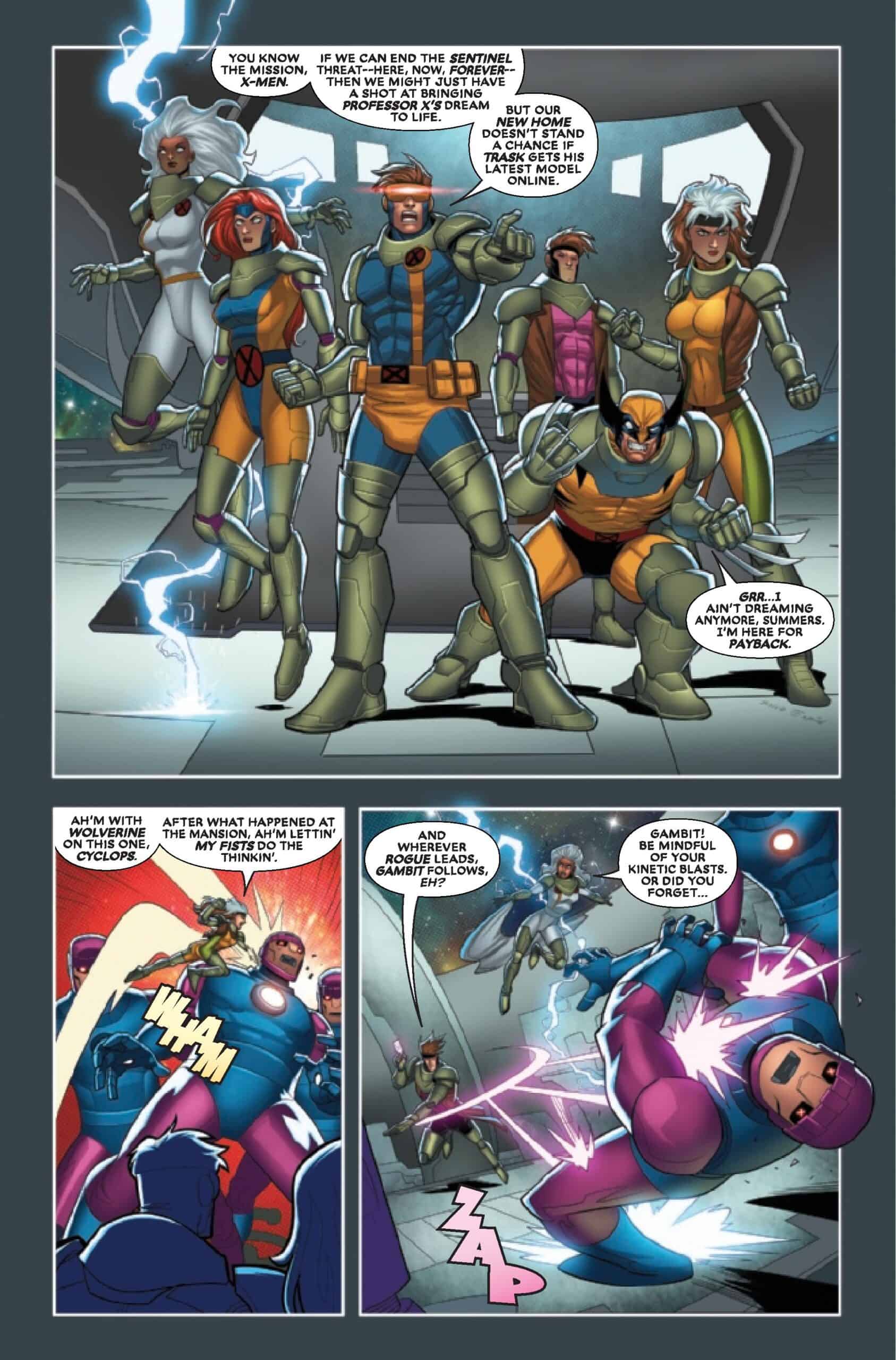 That being said. If you think you know exactly what you going to get going here. Let me tell you, you 100% don’t and again this speaks to how much thought has gone into the execution of this idea in such a condensed format. One-to-one adaptions have their place but this issue avoids that to the benefit of the reader with surprises that are brilliantly pulled off by both writer and art team. Prepare to see faces you weren’t expecting in roles you weren’t expecting, if like me your memory of the ’92 era has been dulled by the haze of nostalgia and time. They are good surprises and really Foxe gets the voice of the cast involved spot on. 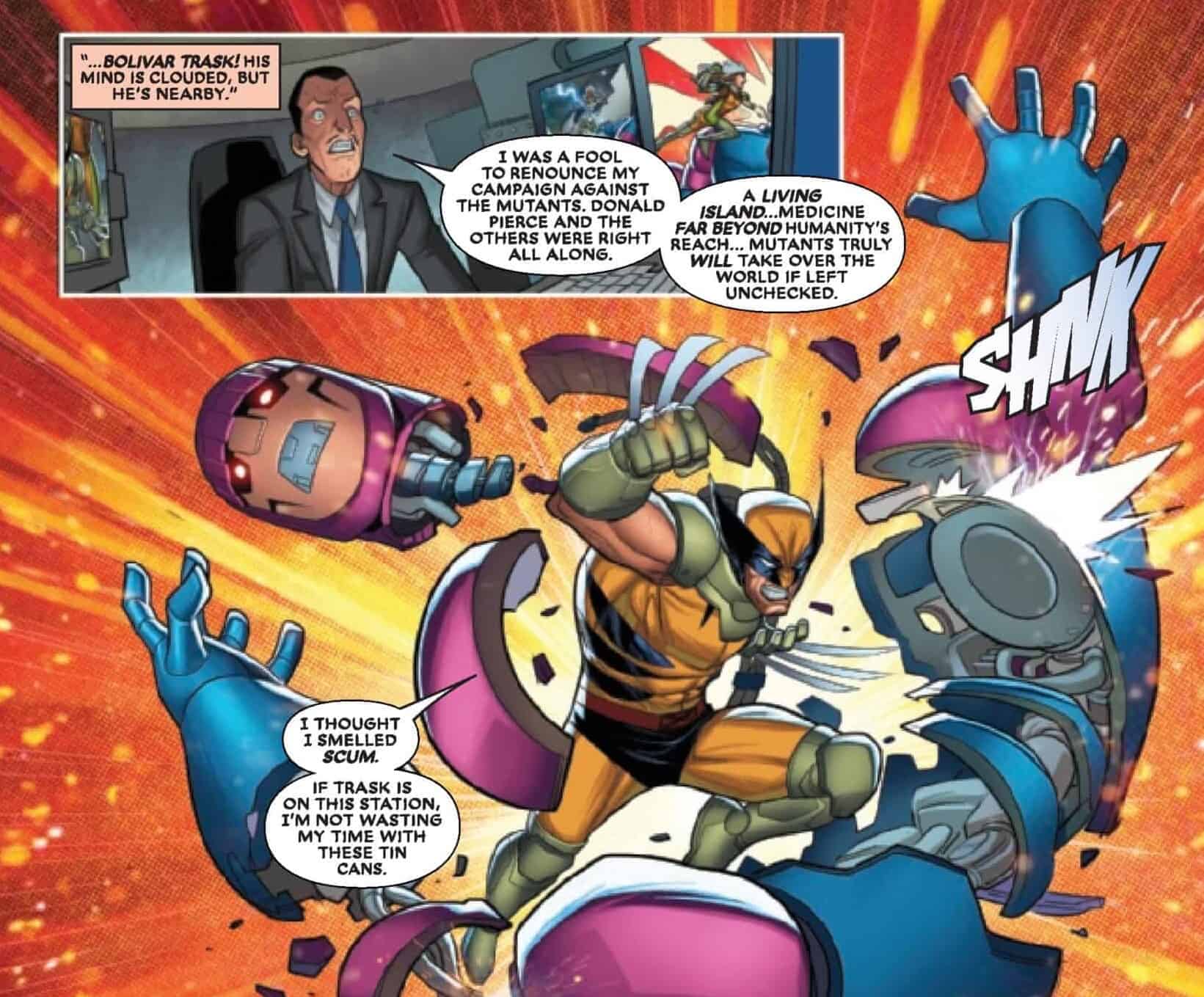 Espin, Silva, and Sabino pull off a perfect opener. The art is dynamic and clean-lined to evoke the feeling of the 92 cartoon and comic era but even better in its more modern expressiveness from Espin while colorist Israel Silva comes in and brings those primary colors that so strongly defined the identity of the 90s X-Men but then adds shading for a modern dimensionality to every page including the effects lettering from Sabino. This is a spoiler-free review but I HAVE TO mention the data pages. They are a ’90s delight and a perfect antithesis to the austerity of the ones in the current line that evokes the fuzzy nostalgia of things like Wizard Magazine. They are marvelously extra and round off an absolutely flawlessly executed opening issue.

X-MEN 92: HOUSE OF XCII #1 accomplishes what perhaps a handful of comic "adaptions" have ever done. It manages to perfectly marry the ideas of two eras together while being weighed down by neither. It's a superb accomplishment by the entire creative team with something for every single kind of X Fan and I cannot recommend it highly enough.