X-Men Legends #11: Who Are The Monsters? 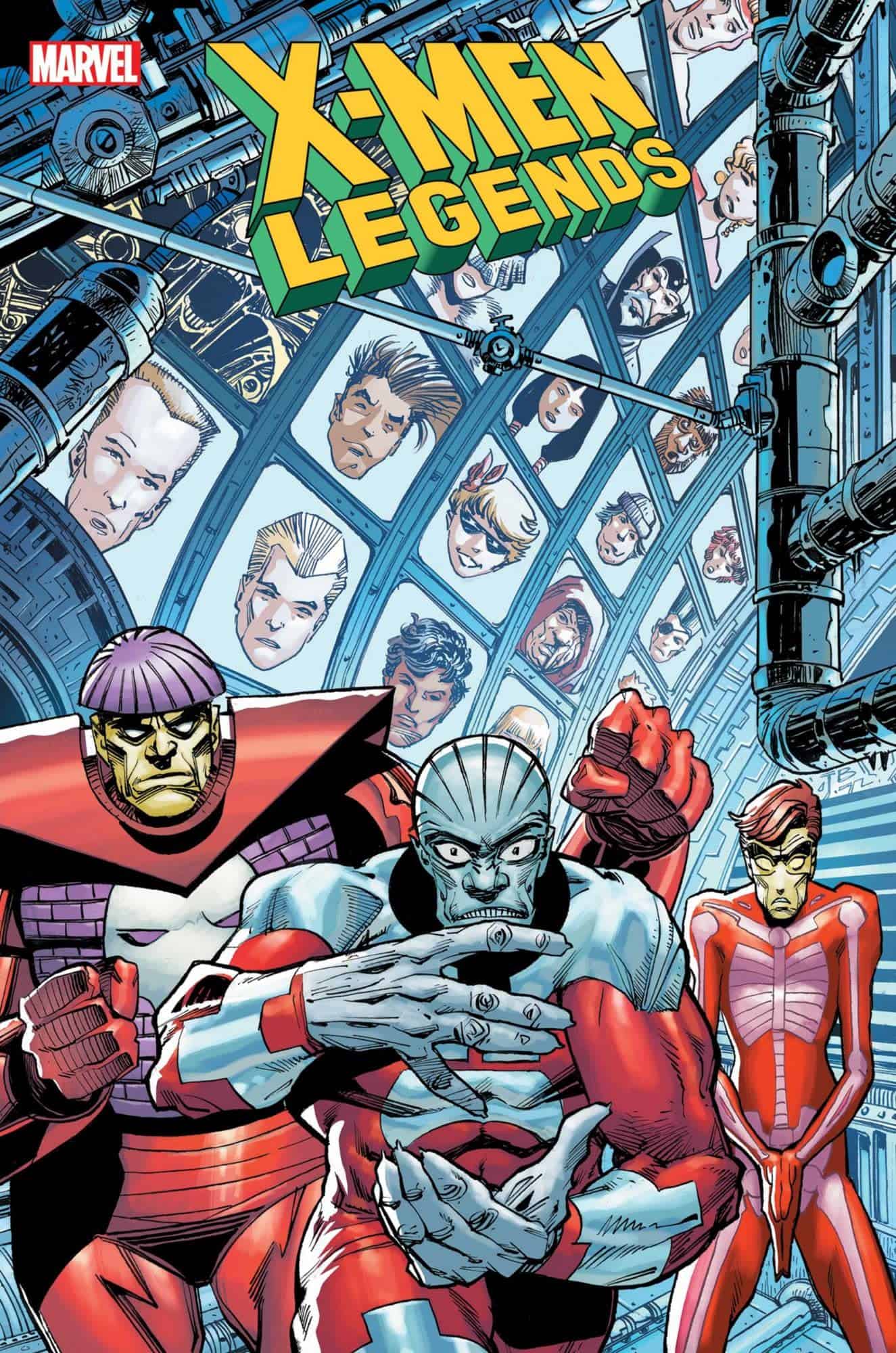 Set between New Mutants #77 & #78, X-Men Legends #11 lets you witness the never-before-seen link between the New Mutants and Apocalypse in an all-new tale that sees Caliban searching the Morlock tunnels in search of new Horsemen!

Let me get this out of the way: this comic is definitely fan service and for people that know the original source. If you get into it without having read OG New Mutants & X-Factor you’ll be absolutely confused, and there’s not a whole lot of plot threads or life-changing realizations in it. That being said, if you approach this series searching for sweet moments between these characters, lending a hand to the adorable openness to the point of awkwardness of 80s-styled dialogues, and like if you were to read one of the “filler” issues of New Mutants (which are my favorites, in which they go shopping, they party, they have pajama parties), you will probably smile and get emotive with these kids and the guest stars, the Morlocks!

Plus, the tension Louise Simonson has with the old characterization of Apocalypse (which came off in a weird way in X-Men Legends #4 with the Cameron Hodge team-up) can absolutely be read in the light of his recent redemption in X Of Swords, as here he is at his most benevolent, comprehensive and purpose-filled. It’s with him and Caliban that this issue shines brighter, as we get to understand more of their thoughts and motivations. And, while the absolute show-stealers of the issue are Boom Boom and Rictor making off-handed jokes, it’s in that clash between Caliban and his old mates, the Morlocks, that the true conflict and heart of the issue lies.

Of course, Louise Simonson takes advantage of every detail to single out what every character was going through in the greater run, and the simple yet tasteful art of Walter Simonson adds to that familiarity, that closeness, that the characters with a shared history showcase in every scene, even the fight ones. There’s scenes here, like the one in which Danielle sees the death of everyone, that are impactful and terrifying in their simplicity, and they give the issue a lot of strength.

Besides the Simonsons being a killer team with a taste for motion, dramatism and laughter, the rest of the creative team shines greatly here as well. Edgar Delgado’s coloring is a particular highlight for me, as it gives a similar feeling of Glynis Oliver’s in that New Mutants run, with colorful vibrant backgrounds, shadow contrast and a lot of motion and emotion put into them, but it also imprints his own touch and updates the skin tone coloring to a realistic one instead of the problematic absurd coloring that characters of color had in the 80s. It’s definitely the sweet spot between classic and not as classic as it would be embarrassing in its new context. And, well, John Workman’s manual lettering is always a pleasure and gives this vintage feeling of closeness that will tickle your nostalgia.

If you're a fan of the original run of New Mutants, let yourself enjoy the nostalgia and pull out a big smile while getting together some characters that is delightful to see interact. Keep your expectations around there, and this issue is definitely for you!

X-Men Legends #11: Who Are The Monsters?