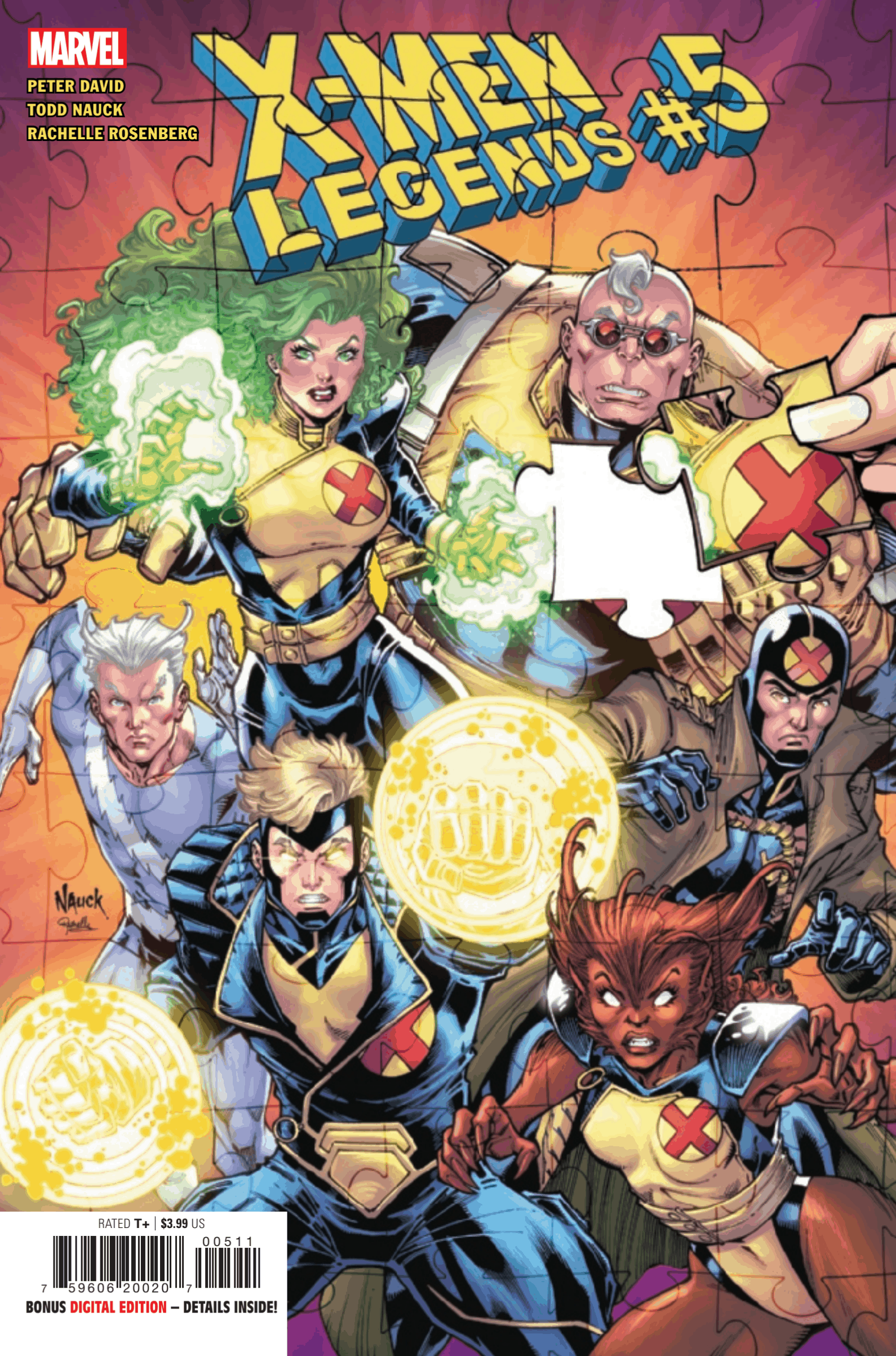 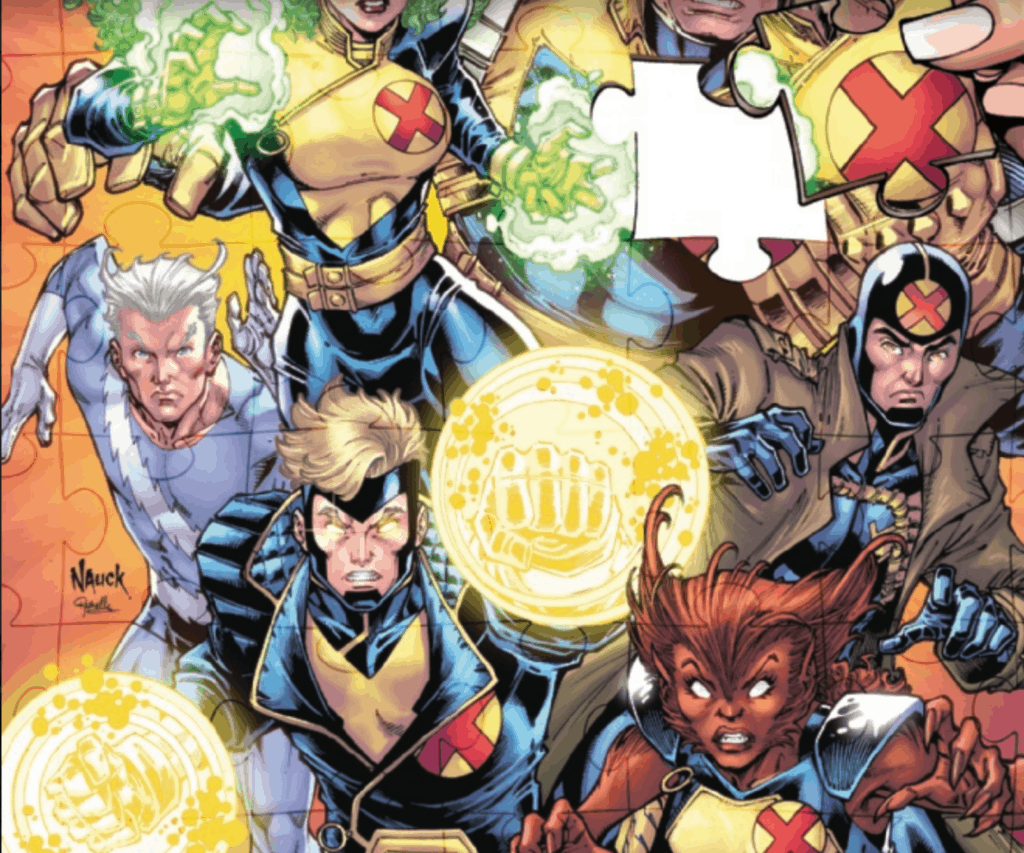 But when the Latverian embassy is attacked by a group of mutant extremists, X-Factor is the only answer for an extremely sensitive diplomatic situation - given you-know-who is Latveria's ruler. Can this barely-tested team of misfits come together to avert catastrophe, or will they make an even bigger mess out of things?!

X-Men Legends continues its streak of “throwback stories from classic creators that have zero stakes” with issue five, which may sound hopelessly cynical but is by its very nature the recurring detriment of “stories we forgot to tell you about” flashback-style storytelling. (See also: X-Men Legends #1-4; the MCU’s Black Widow; literally any comic that has the words “untold tales” in the title.)

And yet… and yet, and yet, and yet… I can’t bring myself to hate this comic. Which may sound like an extremely backhanded compliment, but it says something about the sheer, unbridled thrill there is to be had in returning to Comics From the Past and wallowing in nostalgia. Peter David, hot in the thick of his legendary and character-defining Incredible Hulk run, brought his considerable skills to the X-office in 1991 to reinvent X-Factor, completely redefining the title in the wake of the O5 returning to the X-Men proper just in time to co-star in the highest-selling comic of all time, X-Men #1. David took a mismatched cast of mutant stalwarts Havok, Polaris, and Wolfsbane; Quicksilver, who never quite seemed to fit in anywhere; and relative blank slates Strong Guy and Multiple Man to create something new in the world of X: a government-sanctioned mutant team. Ostensibly put together for purely political reasons, this iteration of X-Factor walked a fine line between doing actual good and worrying about becoming sellouts or Uncle Toms, working for a government that had a deeply mutantphobic history and had only recently passed the Mutant Registration Act. David’s job as a writer was to explore this dichotomy while balancing the wildly different personalities of the team – something he was just truly beginning to succeed in when, less than twenty issues into his tenure, a feud with editorial brought him to abruptly abandon the book mid-story. So it went; eventually, David would return to a whole new X-Factor in the ’00s which brought back all of the original characters at various points in a whole different setting. That series would become renowned for its inclusivity and remains a fan-favorite to this day.

But there’s always been a sense of unfinished business from David’s original X-Factor run. And while subsequent writers of the time would go on to conclude David’s stories and take the book in their own directions, thus negating the ability for David to simply pick up where he left off, X-Men Legends #5 at least gives fans of that hallowed, bygone era to dip their toes back in the pool for a bit and revisit old friends. And that’s what Legends does best, even with its relative lack of stakes: give older fans a fun chance to revisit the classics.

Does David succeed? His erstwhile X-Factor partner-in-crime Larry Stroman declined to rejoin him for this brief excursion into a classic era, but Todd Nauck is more than happy to jump in. Nauck, of course, pencilled nearly the entirety of David’s Young Justice run over at DC in the  late ’90s/early ’00s, and his style hasn’t changed much – loopy and fun and exaggerated in all the right ways; definitely of its time but by no means not bad because of it. Nauck has some X-history of his own, too, having drawn the all-too-brief Nightcrawler ongoing about six or seven years ago.  Nauck’s style pairs very, very well with David’s writing; it’s clear the creators bring out the best in each other.

As for the story itself, David brings us into a courtroom drama involving X-Factor being summoned to defuse a hostage situation at the Latverian embassy, and the subsequent fallout being enough that each member of the team is having to recount their experience on the record. It’s clear that something will go terribly wrong; just what is unknown – but each scene in-court allows David to stage a mini-vignette for each X-Factor member, allowing the writer to do something he does extremely well: write characters with distinct personalities, opinions, and perspectives, then let them be themselves and reveal those personalities through their conversations with others. It’s a technique that David has mastered in his near-four decades as a writer; some might say that he lends himself too much to the “smug white guy” stereotype – but there’s depth to David’s quips. Quicksilver isn’t being a dick just be be a dick. He’s making a larger point in his testimony about so-called “good guy groups” having concerns about P.R., too, even if they don’t want to admit it.

The biggest complaint I have about this comic is that, by dint of it being staged between past issues, it doesn’t have any stakes. Not really. And that’s an unfortunately unavoidable part of any series or story set like Legends – readers know nothing can happen to modify the status quo. Wolfsbane may be in trouble, but there’s no reason for us to worry, because we know that by issue seventy-six, the story has already moved on.

David has said that he was a little nervous about revisiting this group after so many years away – but he needn’t have worried. X-Factor – in whatever iteration it comes – fits him like a glove.

Similar to the previous stories in this series, X-Men Legends #5 doesn't have any real stakes by virtue of its setup in an already-established past, nor does it seek to answer any long-dangling plot threads. But it is nice to see an industry legend like Peter David be given a chance to revisit a much-loved past, and sometimes, vibing in the warm glow of nostalgia is enough.