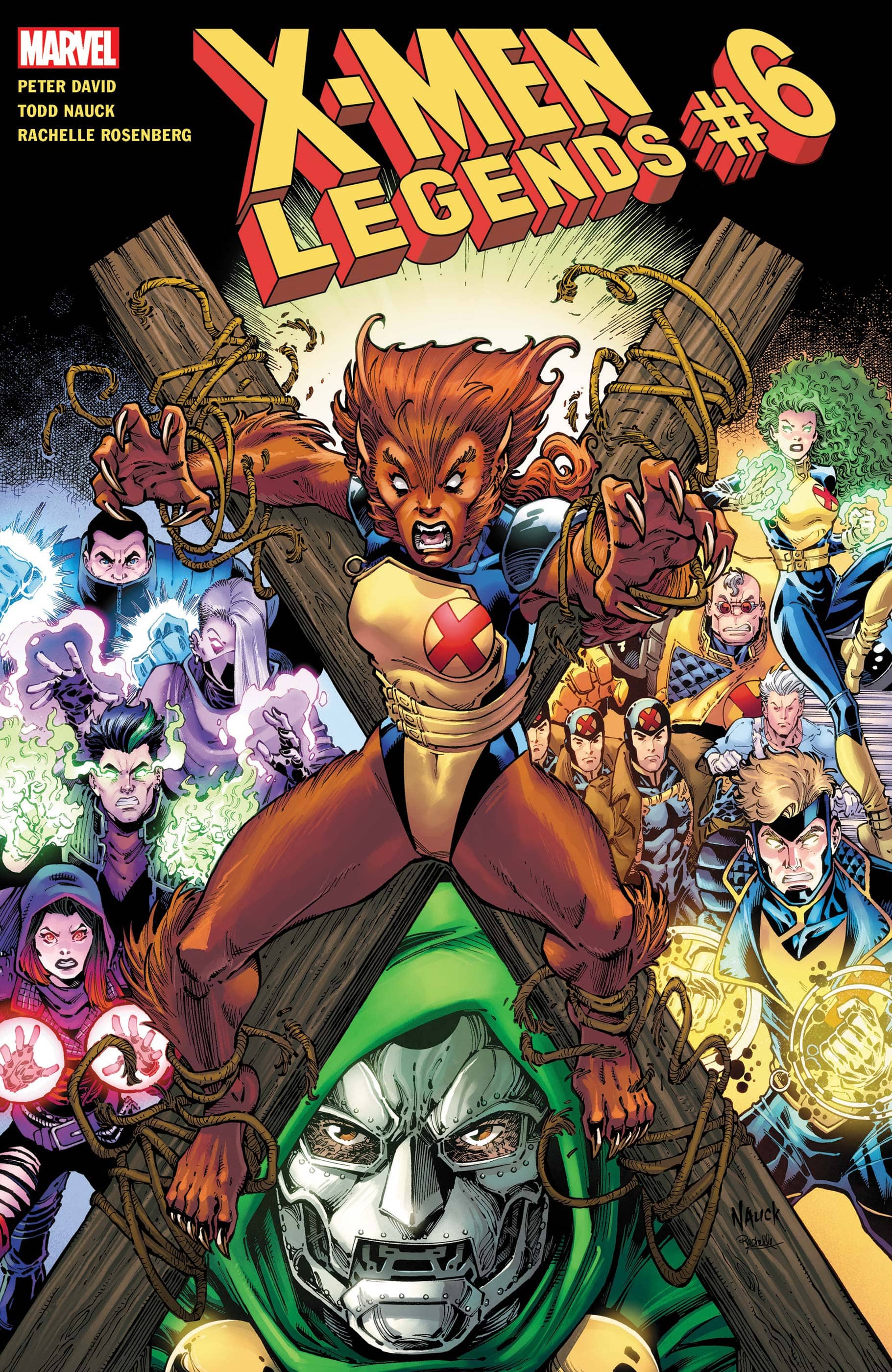 In which Peter David and Todd Nauck's flashback to the early '90s X-Factor concludes, and tonal whiplash abounds.

X-Men Legends #6 concludes the interesting set-up from the previous issue in the most tonally whiplashed, haphazard way possible. Writer Peter David is a lot of things, and – in his defense – the characterization for all the various X-Factor veterans rings true, same as it was three decades ago (!). The problems lie in more or less every other aspect of the story.

The plot has revolved thus far around a group of disaffected Latverian mutants who take control of that country’s embassy in New York City. Their beef with Doom (who else?) is that he conducted experiments on them without their consent, and so of course, they want payback and evidently felt that taking hostages in an embassy would be a good idea. It’s a pretty bad plan, honestly: who in their right mind would think taking Doctor-freaking-Doom’s embassy by force would possibly be a good idea?

But, given the inherent limited page count with which David has to operate, there’s no time for such considerations. The story is rushed; the antagonists are given surface-level motivations only. Everything has an easy-breezy feel to it, as if the mad dash to the finish line was all David was allotted to consider. “Listen,” some editor said, “we just need a quickie, consequence-free story that hits old fans’ nostalgia buttons and is of no consequence.” And so David delivered. That isn’t his fault – the man was paid to do a job, and he did it. But he shallowness of the end product unfortunately speaks for itself.

Dr. Doom is used as the butt of a juvenile puke joke, and moments later is presented as he’s typically intended to be: a force to be reckoned with. The juxtaposition between one and the other completely falls flat; X-Men Legends #6 is chock-full of moments like this that fall utterly flat due to either tonal dissonance or being rushed. And the ending goes unnecessarily dark to an extreme degree, involving a heel-turn from a beloved lupine acting utterly and completely out of character.

As the final nail in the coffin, the shockingly dated art from Todd Nauck does the story no favors. Nauck is a fun artist, and on stories with light tones (such as his and David’s Young Justice), he fits right in. But here, he’s just mismatched. That’s not his fault; he was clearly drafted to this story due to his professional history working with David. I’d like him on the right book. Just not this one… in fact, I could say that for everyone involved. Swing and a miss all around.

X-Men Legends #6 gives readers whiplash throughout, jumping tonally all over the place and missing the mark on several key levels. The attempts at humor fall flat, and then flip 180 degrees to beats that skew far too dark. Skip this one.