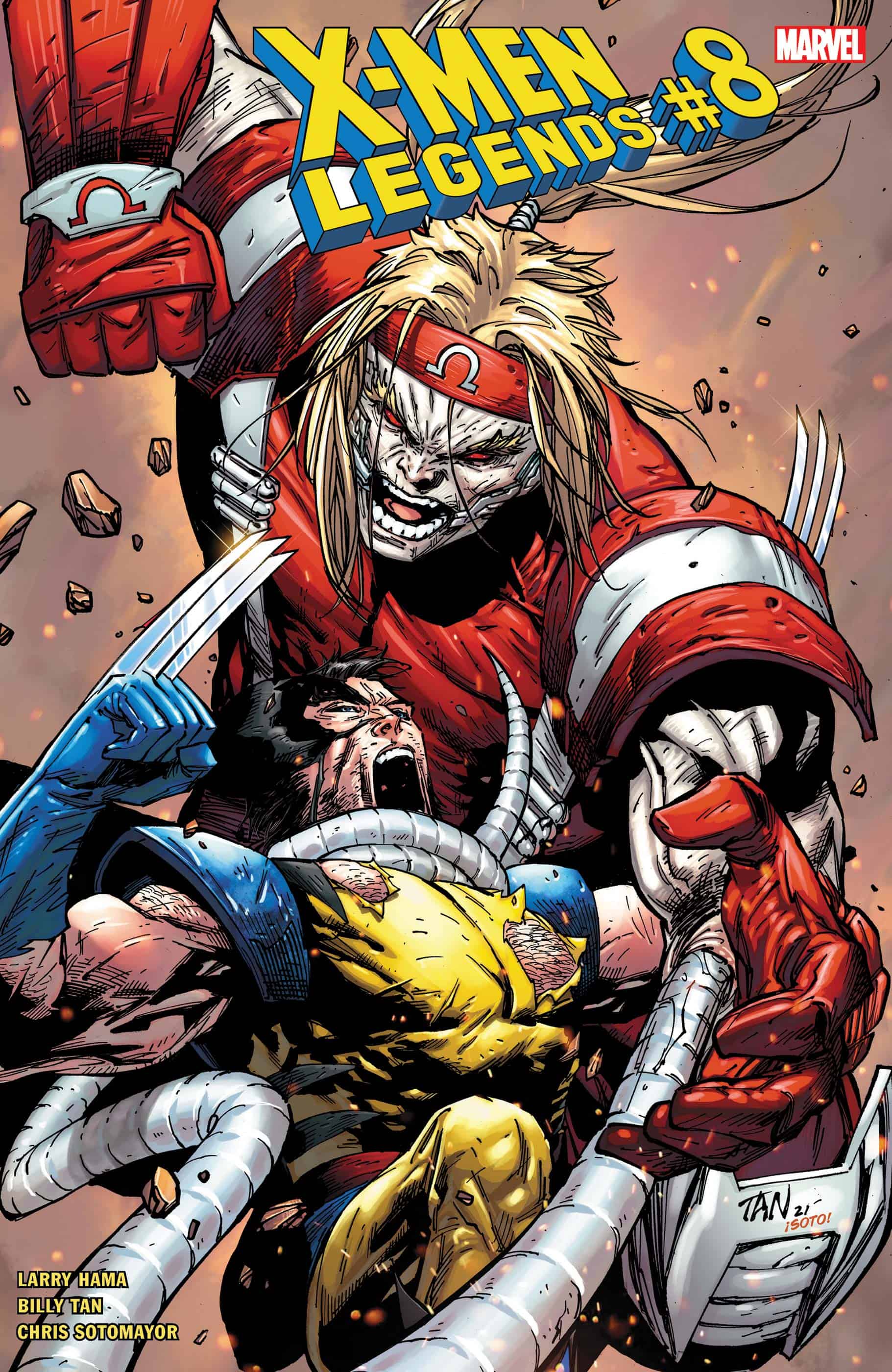 ENTER: OMEGA RED! WOLVERINE's hunt for the missing mutants goes from bad to worse! Following LADY DEATHSTRIKE and the mysterious JIE JIE to Shanghai, where HINO-CHAN and JUBILEE have been taken, Logan will have to keep YUREI safe while dealing with the Hand. But who invited OMEGA RED to the battle? It's Omega Red vs. Wolverine in an all-new tale, making this one of their earliest bouts in continuity (betcha weren't counting on that)!

X-Men Legends #8 brings a classic action packed nostalgic story for both old and new readers a like. This issue was filled with so much action from page one to the very end. Hama brings back his classic touch to Wolverine in this issue. In collaboration with Billy Tan’s line work, there’s nonstop Wolverine slice and dicing!

As much fun as this issue was though, there were some downsides for my taste. For starters, this is definitely a 90’s themed comic. Depending on your taste that could be good or bad. For me, it’s mixed. This decade had a lot of good and bad and this comic does bring some of that bad taste that I had from the 90’s. Larry Hama does his job in writing very 90’s (quirky and cheesy) fighting dialogue that I wish had more of a modern and realistic twist to it. I felt a lot of the conversations throughout this issue had my eyes rolling from panel to panel. It would have felt nice to have some more serious talk within the issue.

Aside from my complaints, Hama does a great job leaving no room to breathe. Adrenaline rushes from page to page, leaving no breaks in the excitement and action in this issue. Hama also writes a chilling Jie Jie. Jie Jie is written so cold and cruel, and I loved how she had no filter in what she said and the actions she took. It’s also refreshing to see a younger and more innocent Jubilee sneaking around and causing her mayhem. 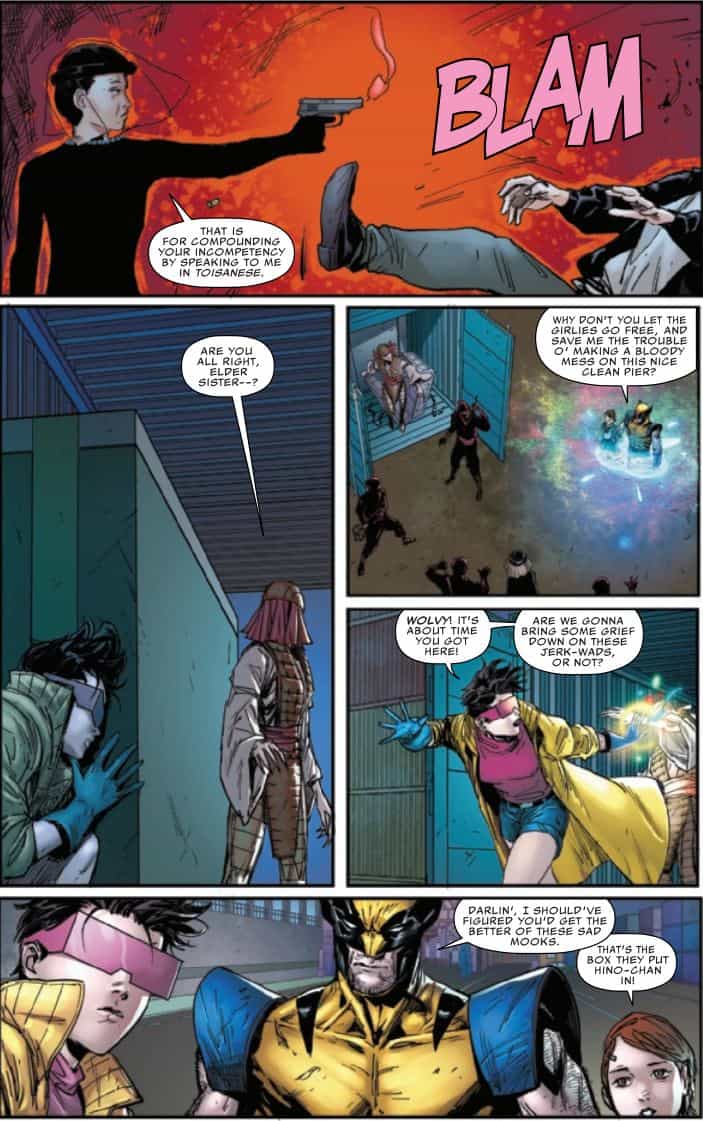 Billy Tan’s work was flawless in this issue. Tan’s style is loose enough to give a gritty feel in the fights, while still having a clean look making everything clear. It reminded me of Adam Kuberts past and modern Wolverine that I am a huge fan of, while still keeping his own style within the panels. In collaboration with Chris Sotomayor’s colors, everything looked great and complimented Hama’s story. I also want to add that Sotomayors effects look great. Both Jubilies’ explosive powers and Yukio’s teleportation were bright and vivid, adding the cherry on top of this issue’s artwork.

Again, I had mixed feelings of this comic and I think your view depends on how you feel about 90’s X-Men. However, with everything going on with the current X-Men content, it’s a nostalgic palette cleanser that is refreshing and can be fun to read. It’s also been a while since I’ve read a comic with so much action from page to page, that was a blast to read.