X-Men: The Trial of Magneto #1: What Is To Be of the Scarlet Witch?

X-Men: The Trial of Magneto #1 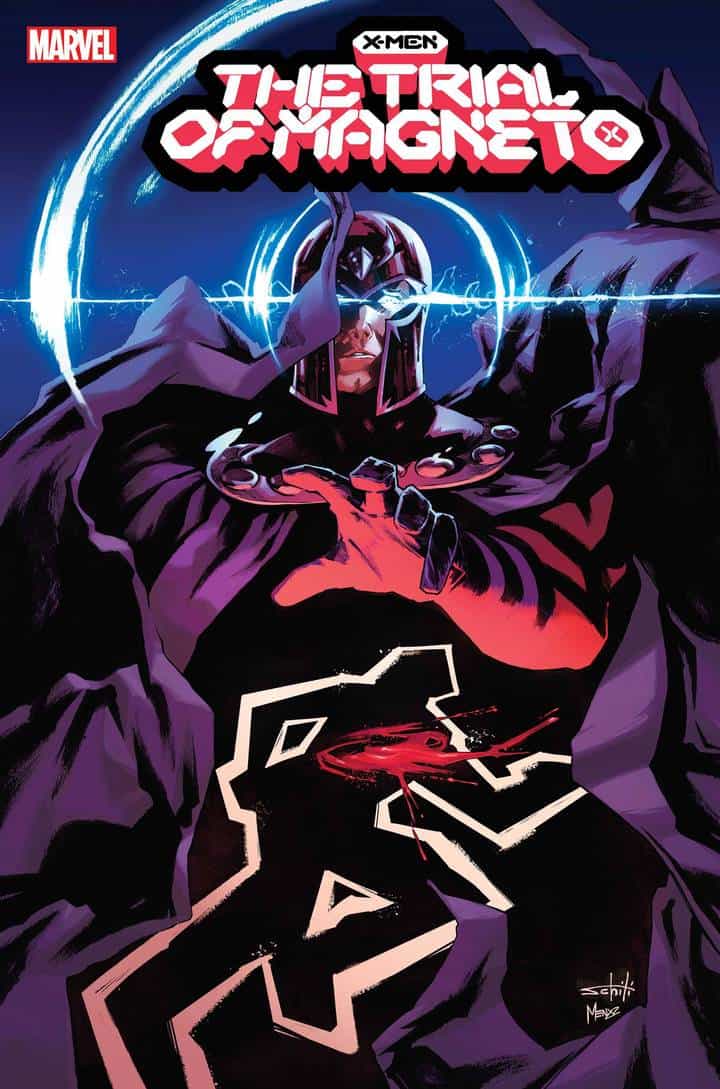 Wanda Maximoff is dead in an apparent homicide. Who killed her and why? As X-Factor begins its investigation, the alleged killer is identified and soon all of Krakoa will have to pick a side. Tensions are high, conflicts are growing.  The story that will "shake Krakoa to its core" has begun. Truths will be revealed, and the mutant world will be flipped upside down.

Perhaps the awkward Mark Brooks cover of Magneto holding Wanda, the Virgin Mary holding Jesus had a point. Wanda is the martyr, and Magneto the grieving Father. But Leah Williams presents an intriguing yet flawed first issue of what is rumored to be a status quo-changing event.

The first issue of The Trial of Magneto is a solid yet muddled beginning that chronicles the investigation into the death of the Scarlet Witch and the seeming-identification of the culprit. The culprit, though, is just a bit too obvious to believe they are actually the killer.

The story does at layers, as we see different people have different reactions to Wanda’s death, some with sorrow, and some with celebration. We also see the return of the House of M sage, deciding the fate of the Scarlet Witch again. The people who are on Wanda’s side are few but important to note. The people who are against her, some will surprise you, others not so much. The reasoning for their ultimate decision on Wanda’s fate is more evident for some. However, it presents some excellent opportunities for readers to theorize.

The comic’s strength comes from the tension about the murder and the conflict between the various parties. The first is between X-Factor, who investigated Wanda’s death, and X-Force, who were apparently in charge of security at the Hellfire Gala, wanting to do their own investigation to verify X-Factor’s results. The council’s discussions on whether they should resurrect the Scarlet Witch, not only because of her “pretender” status but also because the backups for Wanda that Cerebro has are old. How old? Like Brotherhood-old or House of M-old?

The weakest moment surprisingly comes in the climax, when the X-Men come to arrest the alleged murderer. Williams’ dialogue choices in the confrontation might leave some readers heading for the dictionary and felt inorganic to the scene before us, as the inevitable fight ensues. However, the action itself was solid, even if it felt rushed, as though Williams wanted to focus on the action right away instead of letting the story flow more naturally into the action.

X-Factor’s investigation focused heavily on forensic evidence, left few interviews with potential suspects before going directly to the culprit. Does that person have an alibi? Perhaps it is merely the beginning of the proper investigation into the death of Wanda Maximoff.

This issue is a strong beginning that hints heavily at the players and layers in future issues.  Some of these are Magneto and his confirmed child, Magneto and his thought to be children, those children, Krakoa's relationship with Wanda, and the conflict among the council and fellow mutants on the question of the Scarlet Witch.

After all, Wanda is "the great pretender," and despite mass resurrection, remains Krakoa's boogeyman. But to Williams' credit, the comic gives us the relevant players and story elements to keep us interested and readily awaiting the next issue, particularly in the unsurprising yet well-crafted final few pages.

It's also worth mentioning that the father/child dynamic between Magneto and Wanda also demonstrates a lack of forethought abut the characters and their relationship, as though Williams is going to unnecessarily extreme lengths to make Magneto the bad guy. It's a harsh implication to portray Magneto as the worst father ever and feels downright harsh, tarnishing an otherwise intriguing narrative.

X-Men: The Trial of Magneto #1: What Is To Be of the Scarlet Witch?