X-Men Trial of Magneto #5: It’s Finally Over. But Did It Deliver? 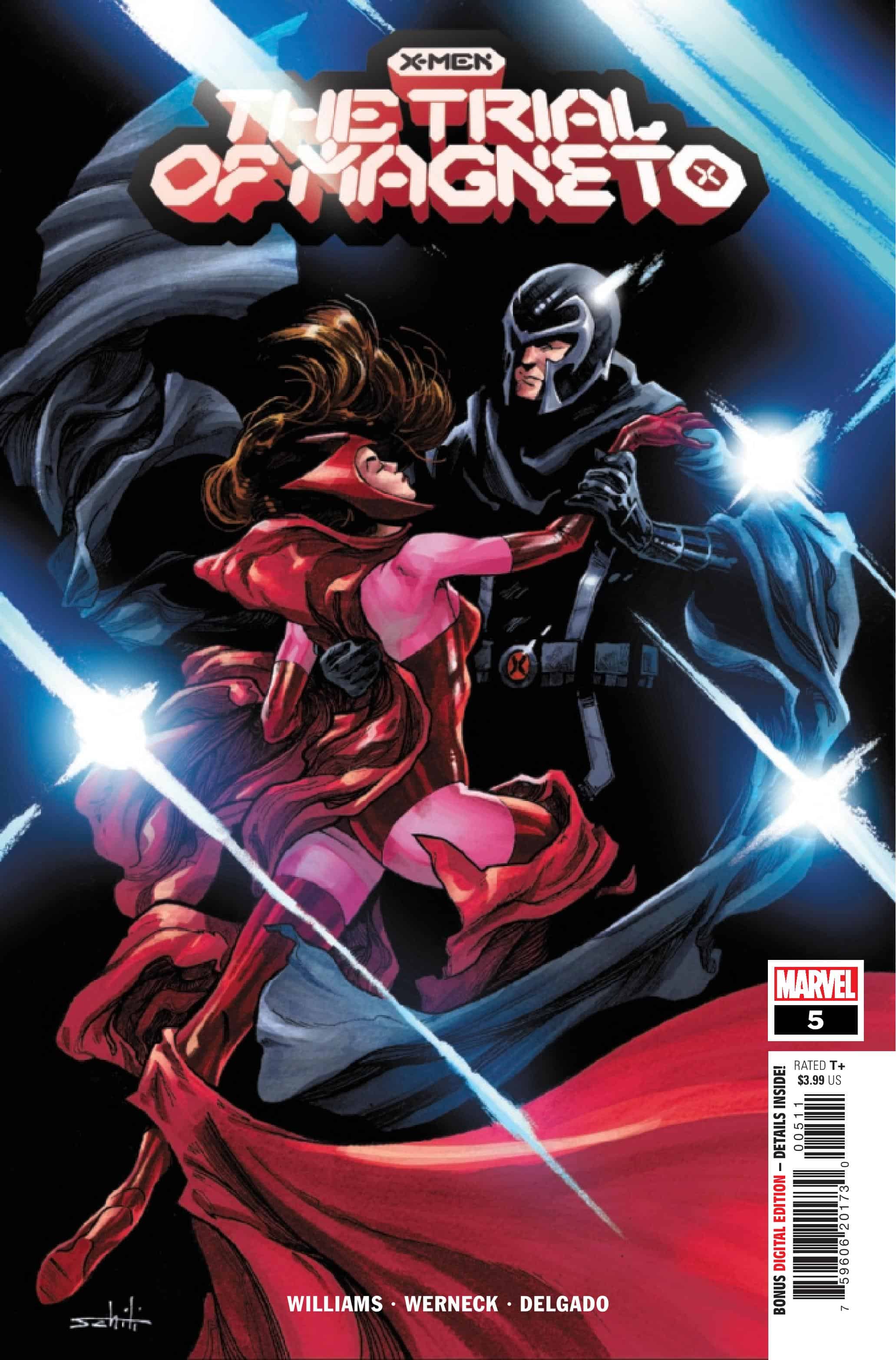 PREVIOUSLY On Totally not Trial of Magneto: Wanda Maximoff is whole again, and the mystery of who killed her will finally be revealed. Will justice be served? Will all the questions be answered? Will Krakoa ever be the same?

Emma Frost is right. Please don’t keep us in suspense. Just tell us what happened, who did it, and let’s move on as fast as possible.

If the purpose of this miniseries was to craft a good mystery, it failed miserably. A good mystery can have twists and turns, but everything shouldn’t be a red herring that leads to a twist, and it ends up being cheap, hollow and predictable, and far too obvious from the start. Even if this comic tries to keep us guessing to the last second. It was meant to be about Magento and his journey for Wanda. It failed miserably. If it was about Wanda and her journey and fixing her mistakes, then kudos, it succeeded. But barely and wasted so much time. Not to mention the ultimate cost of all of this.

Questions are answered. But I have a few others that have popped up that the comic won’t answer, and it feels unfair.

If this was meant to be about Wanda this entire time, why not call it the Trial of the Scarlet Witch? The comic had so much potential to tell a well-crafted and developed story that could have led to this intriguing and Krakoa-changing event, and yet, it sort of feels like a Deus ex machina meant to redeem Wanda. That’s fine and all. But it would have been nice if there was more build-up to that instead of four investigations issues and who killed the scarlet witch and framing people whether on purpose or not for her alleged murder.

The first and last issues do not match the middle three issues. The tone here is somber, and we finally get an emotional reaction from the characters. It was long overdue. But it lacked the development for it to matter, and ultimately it had more implications for Krakoa than it does for Wanda and Pietro. Heck, the aftermath ended up mattering far more to others.

At the very least, the great pretender Wanda can finally be laid to rest as a new status quo is established on Krakoa.

Also, I have to ask, is Marvel ignoring its retcon of Wanda and Pietro’s connection to Magneto? And say, “Well, they feel like Magneto’s kids,” so it doesn’t matter. Um…yes, it does. Can we please have a clear answer? Just retcon the retcon, and we will all be happier for it.

They kept making Magneto an almost comical bad guy for four issues without any explanation or resolution to the awkward dialogue and distracting action sequences. The ending doesn’t resolve that issue, nor does it repair the further cracks Williams put into his relationship with his only biological daughter, Wanda. Heck, Magento even disappeared entirely out of two issues and became a cameo in his own.

Frankly, only issue one, two, and five were relevant. The other two felt like filler that did not ultimately move the plot to a complete ending. In addition, the issues did not weave into each other well.  Like Mystique showing up, all those sprinkled-in elements were nothing more than a cameo.  And Wanda’s children who appeared and disappeared just as quickly, and Tommy, poor Tommy, again relegated to the sidelines, completely missing from this issue.

But two characters got a magical happy ending, and I wish them well.

This was ok at best and all over the place at worse. Although we know who killed Wanda and got a new status quo for Krakoa, it feels like it missed the mark completely. The Trial of Magneto might be the biggest misnomer in comics this year, if not the last five.

X-Men Trial of Magneto #5: It’s Finally Over. But Did It Deliver?