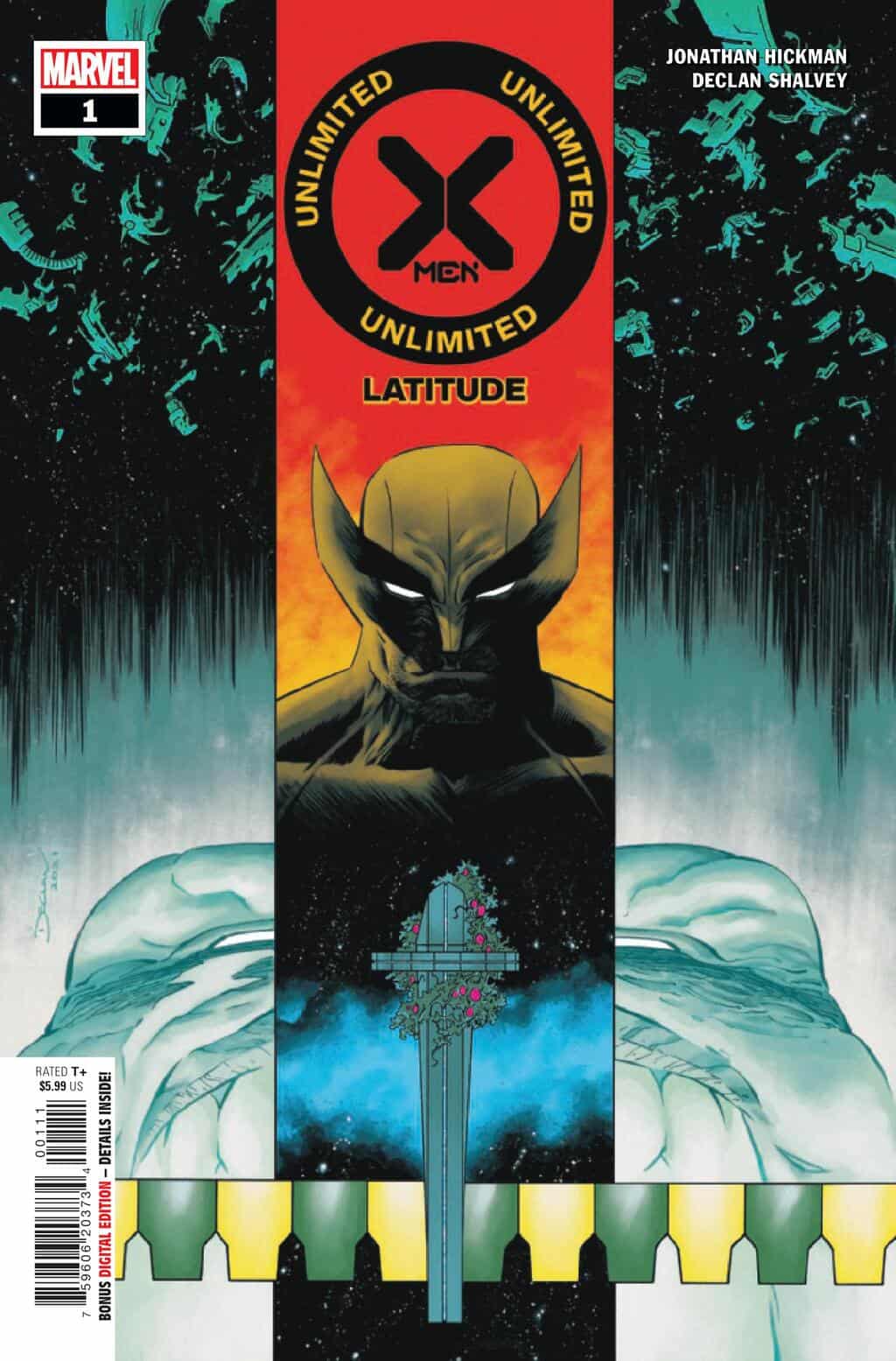 WOLVERINE JUMPS INTO THE VOID!

When A.I.M. manages a covert infiltration of the S.W.O.R.D. station and kidnaps three mutants, it's up to Wolverine to take one giant leap for man and get them back. From the vacuum of space to the dripping guts of an evil supercomputer, Logan will stop at nothing to save his friends. Collecting the first four chapters of the hit MARVEL INFINITY COMIC by Head of X Jonathan Hickman and superstar artist Declan Shalvey for the first time in print! 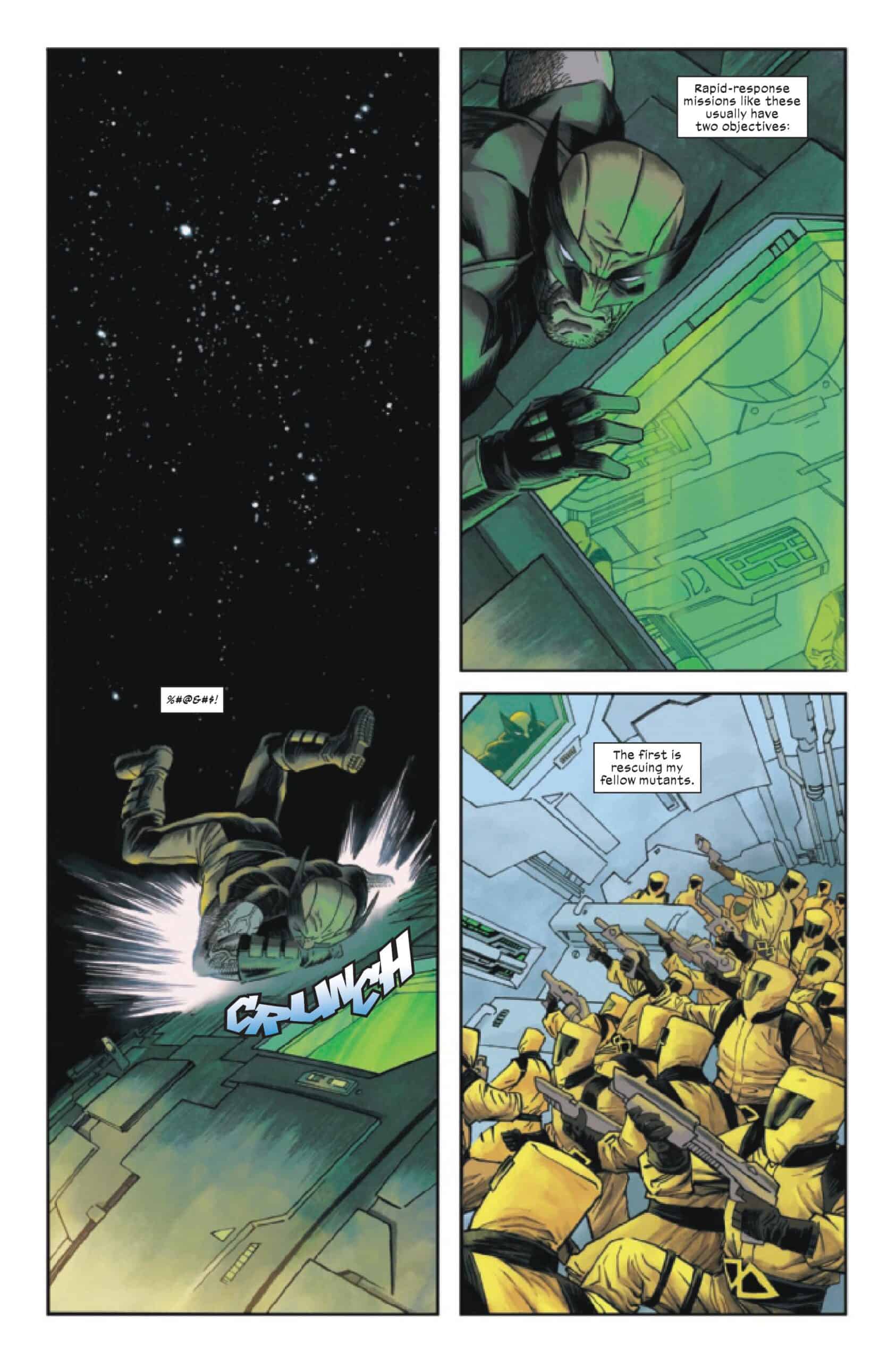 X-Men Unlimited: Latitude #1 collects the first four parts of the Marvel Unlimited app-exclusive X-MEN UNLIMITED INFINITY COMIC. While the original series. With a physical release, readers that aren’t subscribed to Marvel Unlimited will get a chance to read the series. The one-shot was written by Jonathan Hickman, the former Head of X, though the original release on Marvel Unlimited predates his departure. Story-wise, the issue is a lot of fun and doesn’t require too much from the reader, which is something that I really like about X-Men Unlimited books. They are the Pixar Shorts of the Marvel Universe: a fun little snapshot of the thing you love. With X-Men Unlimited: Latitude #1, everything you love about Wolverine is distilled into a fast-paced adventure. Declan Shalvey’s art is exciting and a lot of fun. For such a fast-paced comic, Shalvey is able to keep things moving but makes sure you don’t miss a detail. The same goes for Joe Sabino’s lettering. For a comic that was originally meant to be read using one thumb, the visuals still look amazing and engaging. 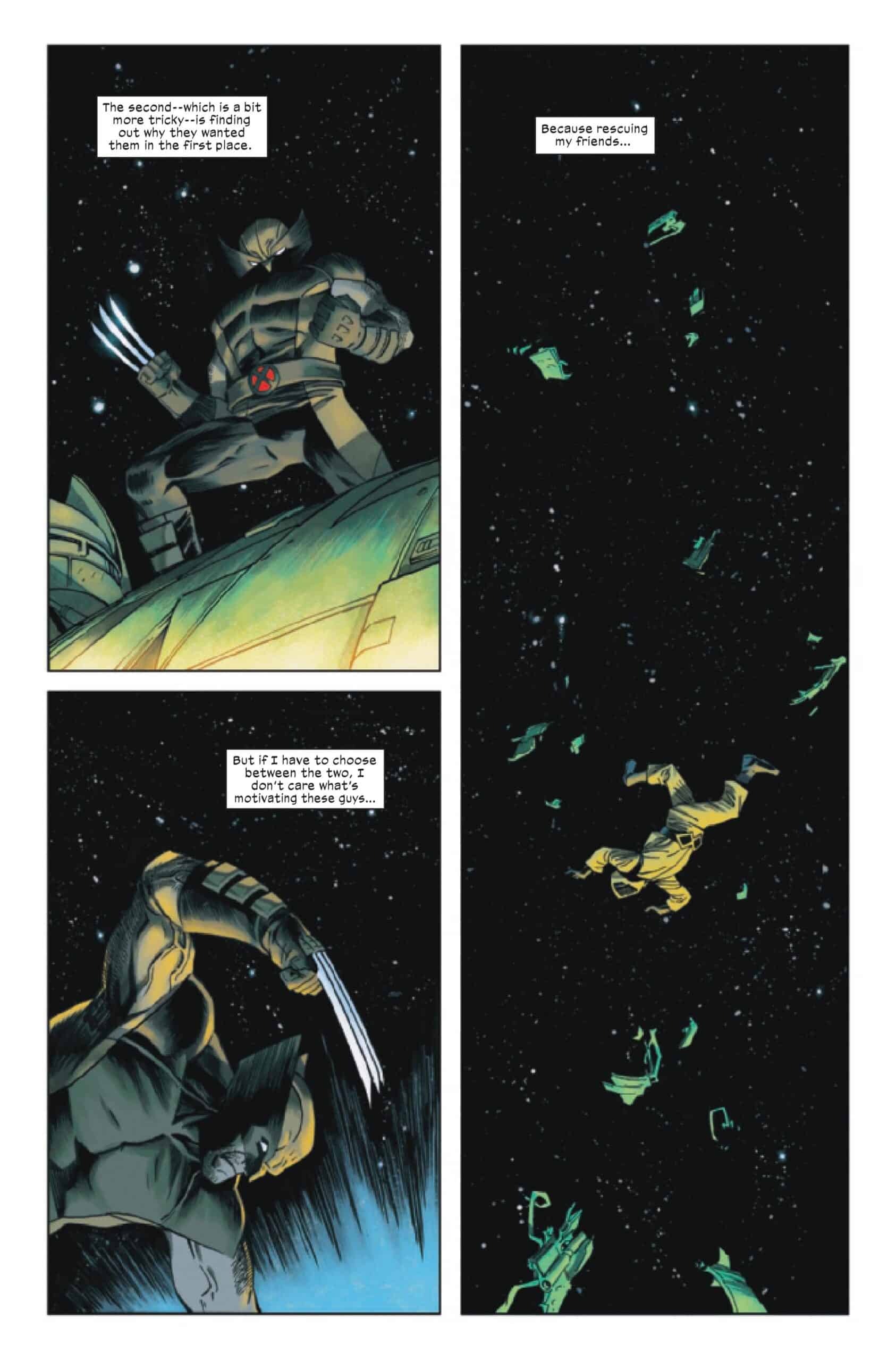 However, the one downside to this issue is the new formatting. The new formatting doesn’t take away from the writing or visuals, but it is obvious that it was made for the original format. I think that X-Men Unlimited: Latitude #1 works much better on the Marvel Unlimited app. It was designed specifically for digital and to be read one panel at a time vertically, rather than the traditional layout of a printed book. Because of this, the physical format requires a lot more work on the reader’s end and can’t replicate some of the moments the original could, like the multipanel continuous view of the space station or the back and forth between Wolverine and the supercomputer. Seeing these panels side by side defeats the purpose of how the original formatting. The great thing about X-Men Unlimited: Latitude #1 is that it gives readers a chance to read X-MEN UNLIMITED INFINITY COMIC without a Marvel Unlimited subscription.

X-MEN UNLIMITED: LATITUDE #1 gives readers the first four chapters of the hit X-MEN UNLIMITED INFINITY COMIC and to see #Wolverine be the best at what he does, bubs!