X-MEN’92: HOUSE OF XCII #2: The X Lives of Jubilation Lee in the Dawn Of XCII 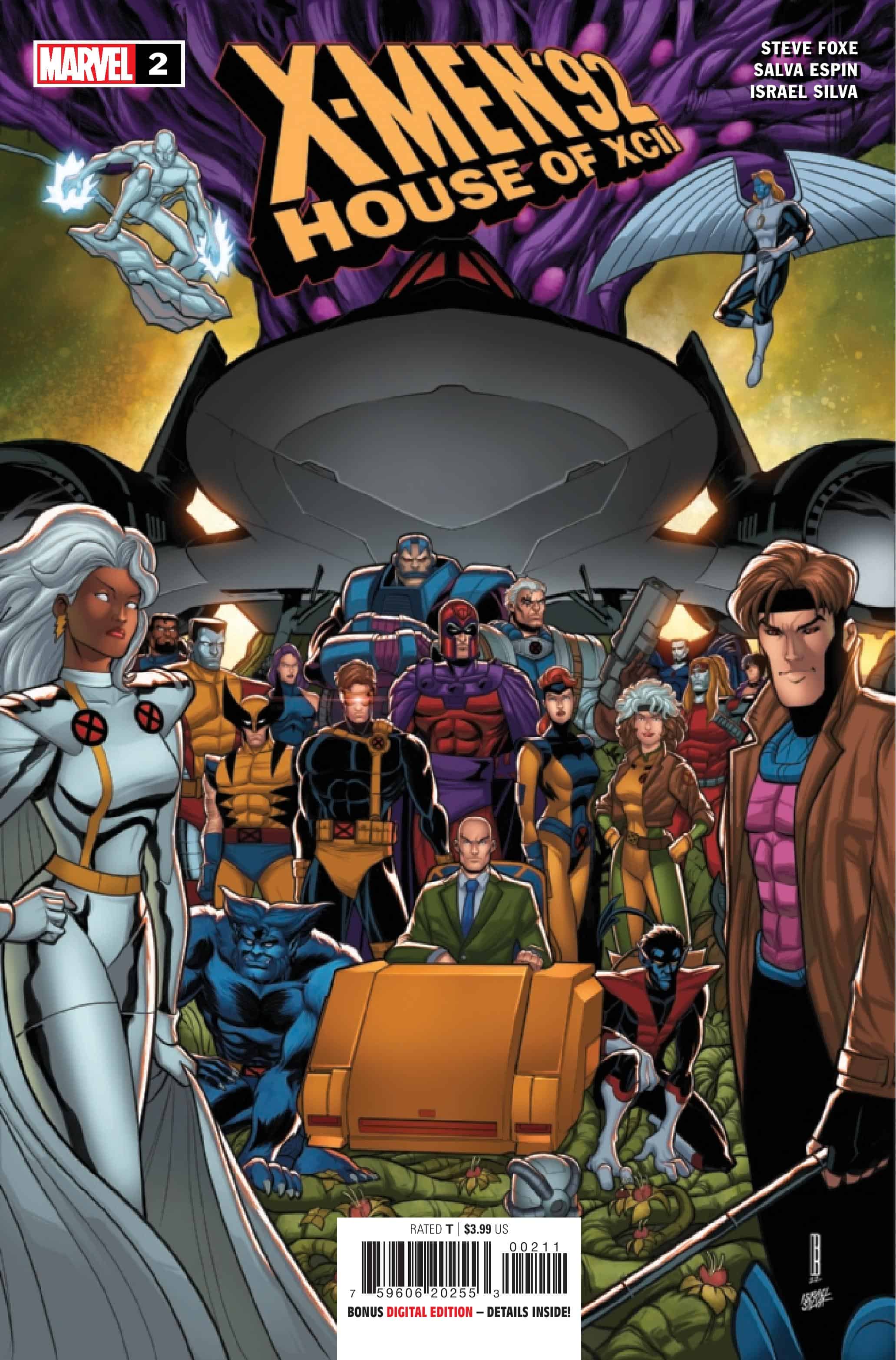 DAWN OF XCII! With the nation of Krakoa established, mutantkind is ready to defend their new nation from threats of all kinds…but the X-Men have no idea about the mutant whose secret power of resurrection lies behind the entire thing! It’s the entire Krakoan age thirty years early, with everyone’s favorite ’90s X-Men team at the center of it all!

Steve Foxe and the art team dial up the nostalgic delight to 11 in this issue and I am here for it. Foxe’s script continues to do what I can only describe as an masterful job of adapting the ideas of HOUSE OF X AND POWERS OF X  and DOX in absolutely marvelous ways that work superbly in the context of the era he and the art team have not only captured but advanced as well. I had a grin on my face from page one to the last page. The focus of this issue does a fun job of adapting the absolutely wild idea of Jubilee as the Moira figure and making it work as the central idea and from there it’s a wonderfully fun, frothy reinterpretation steeped in fabulous pop culture references of the era that references the work it adapts and the work of era it’s set in. Foxe is particularly adept at Jubilee’s voice from the era and his use of Wolverine as the naysayer in this instance works perfectly. 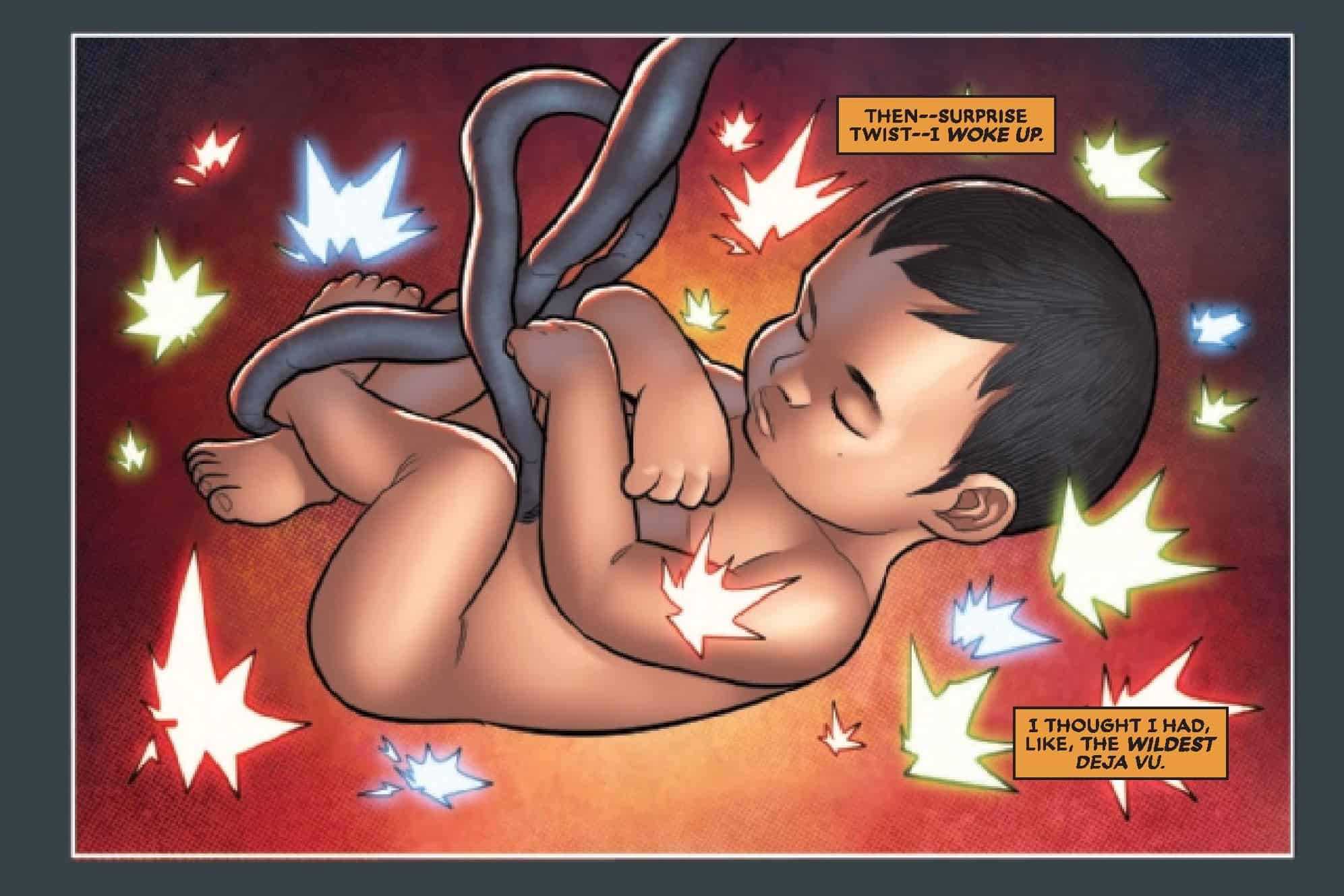 Every interaction even if its a passing feels carefully thought out while still keeping it light. The Data Pages continue to be an absolute source of delight here. I feel like I’m gushing but this was so much fun I think it’s warranted as team go out of their way to cram in interactions we want to see. 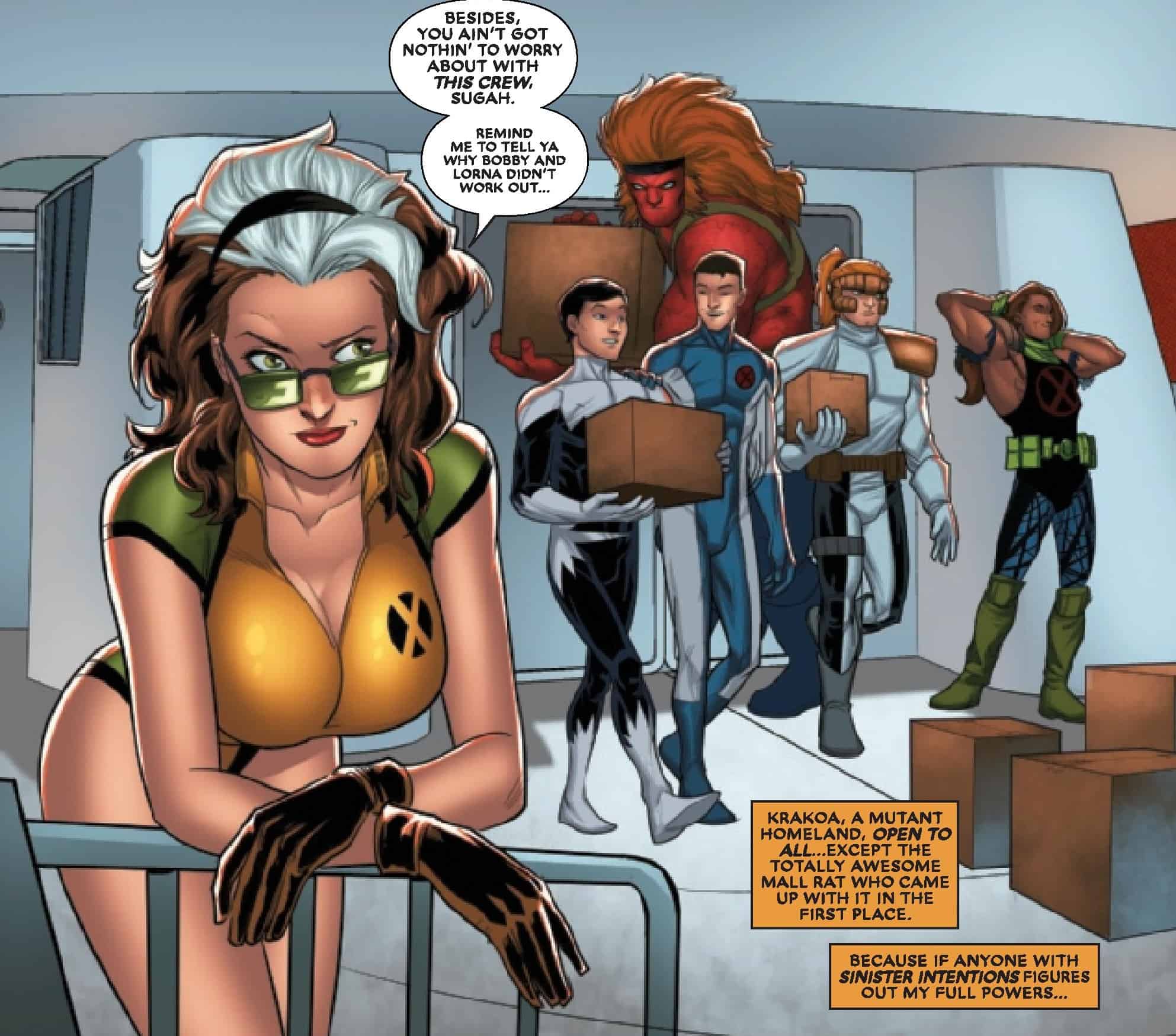 The art by Salva Espin continues to an excellent clean affair that captures and modernizes while Israel Silva’s colors take that recognizable but distinctly updated feel to the 92 look to the next level. Espin gets to show the whole gamut of what we love and continue to love about X-Men comics. X-Men comics are sexy and Espin brings us that sexiness in several swimsuit shots! X-Men comics are dramatic and there’s plenty of drama from Espin’s rendering of the X Lives of Jubilee (I can’t believe I just typed that lol) to the secret plotting of the bad guys in this issue, the awkward moments between Jean and Logan or the aggressiveness of Wolverine to Sabretooth. X-Men comics have action and the battle scene shouldn’t disappoint anyone. What X-Men comics also have is a ton of mutants and let me tell you, while there may be a specific focus (for obvious narrative reasons) on certain mutants, Espin takes EVERY OPPORTUNITY to squeeze in a cameo of your fave. It’s just a sterling effort, from Baldeon’s cover to the last page, at taking something that people love (and hate if we being honest) and putting a fun spin on it, from the creative team involved.

X-MEN'92: House Of XCII continues to prove that it is possible to take the complex, highly regarded, loved and hated ideas of the current era and adapt them into a fun, exciting version that is still thoroughly engaging while enjoying the nostalgia of a bygone era. This comic isn't here to change your life, its here to give you 24 pages of FUN and as far as I'm concerned it succeeds PERFECTLY!

X-MEN’92: HOUSE OF XCII #2: The X Lives of Jubilation Lee in the Dawn Of XCII