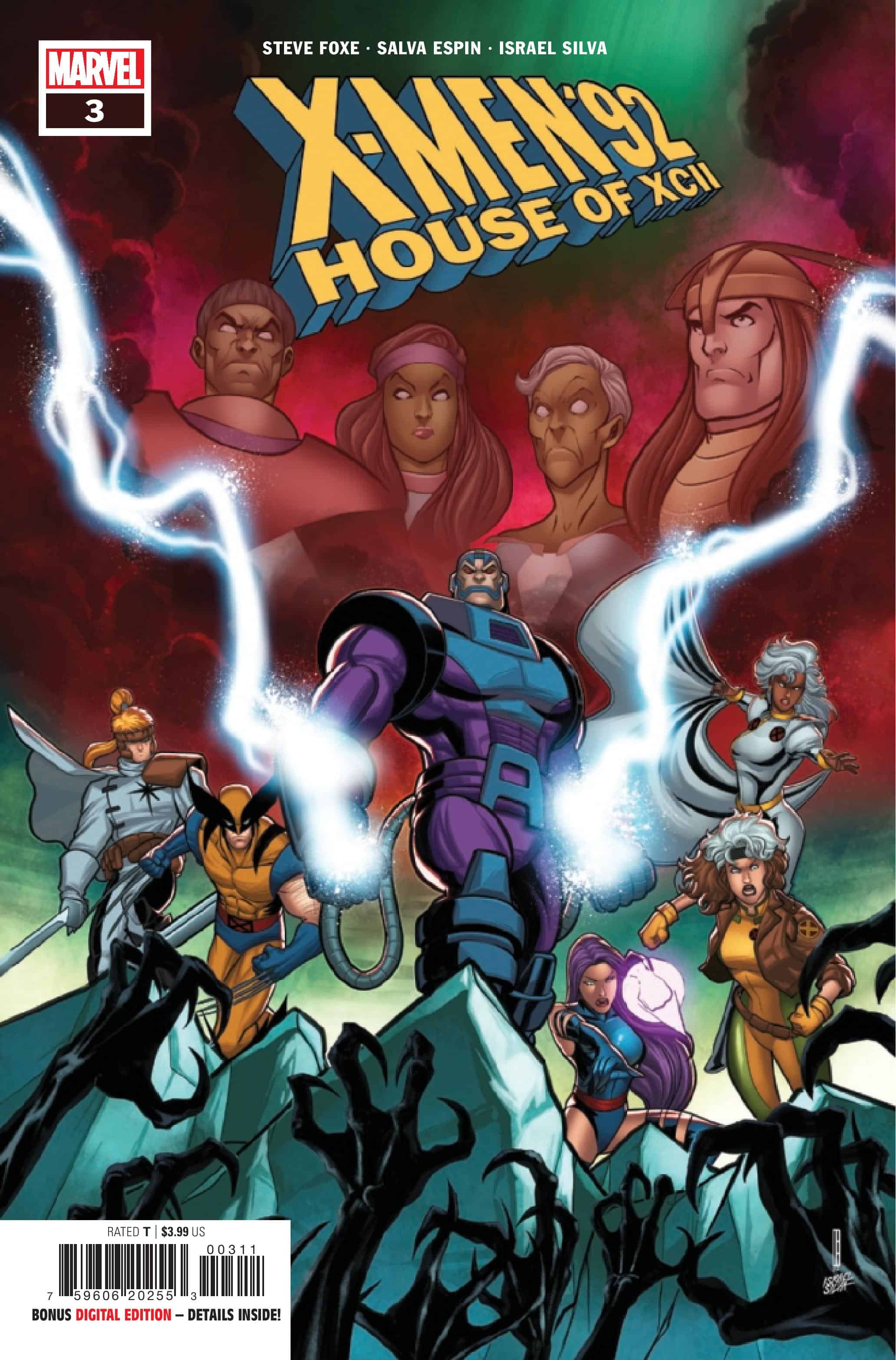 Raise your swords! When Apocalypse learns the fate of Krakoa's ancient sister-island of Arakko, it's up to the X-Men to take up arms and save it from the warlord of Polemachus, Arkon the Magnificent! Everyone's favorite X-team of the '90s gets caught up in a realm of blades and magic in this sprawling one-issue crossover!

Delightful. That’s not a word we get to use when reviewing X-books usually. Not because X-books aren’t excellent or thrilling but because X-books tend toward the serious and delightful feels a little too whimsical a description to use for them. HOUSE OF XCII #3 though is the exception. Writer Steve Foxe, Artist Salva Espin, colorist Israel Silva and letterer Joe Sabino continue to flawlessly take concepts from the modern era of Krakoa and and reframe them in the nostalgia fueled era of the colorful, spandex-clad ’92 X-Men. Foxe cleverly sidesteps several possible roadblocks that adapting Hickman and Tini Howard’s X OF SWORDS crossover event would present within the context of the era he’s adapting it to including not being able to use any of the Arrako villains. The choice of using Arkon is clever and Foxe incorporates the history of the character with Storm into the script and uses the association of the character with the Avengers even. It’s a smart deep cut (I had completely forgotten about Arkon NGL) which again speaks to how well Foxe has researched what he’s doing in this series. 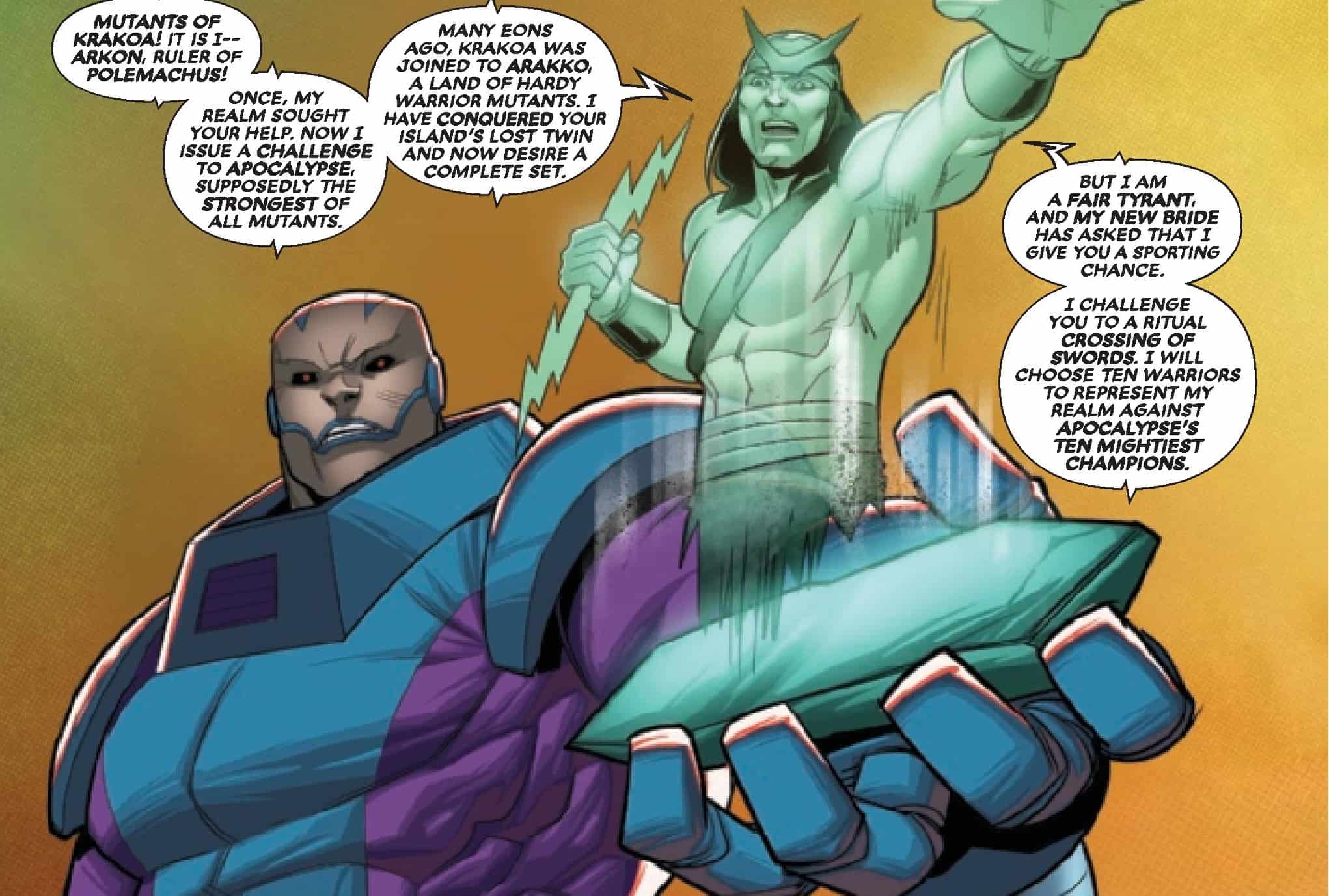 Aside from the deep cuts and clever use of characters from the cartoon and the era, there’s a wonderful wit about Foxe’s writing. He isn’t afraid to poke fun at several x-tropes in a meta way. The use of a certain merc with a mouth is perfect, and I found myself chuckling loudly multiple times at the in jokes. What he does with Beast in this issue is just plain hilarious made more hilarious by the cavalier reaction to it by the other X-Men. Again Foxe adapts things like death away from Krakoa and the idea of the return of so many mutants to the world in a wholly believable way in terms of the world of the 92 X-Men. 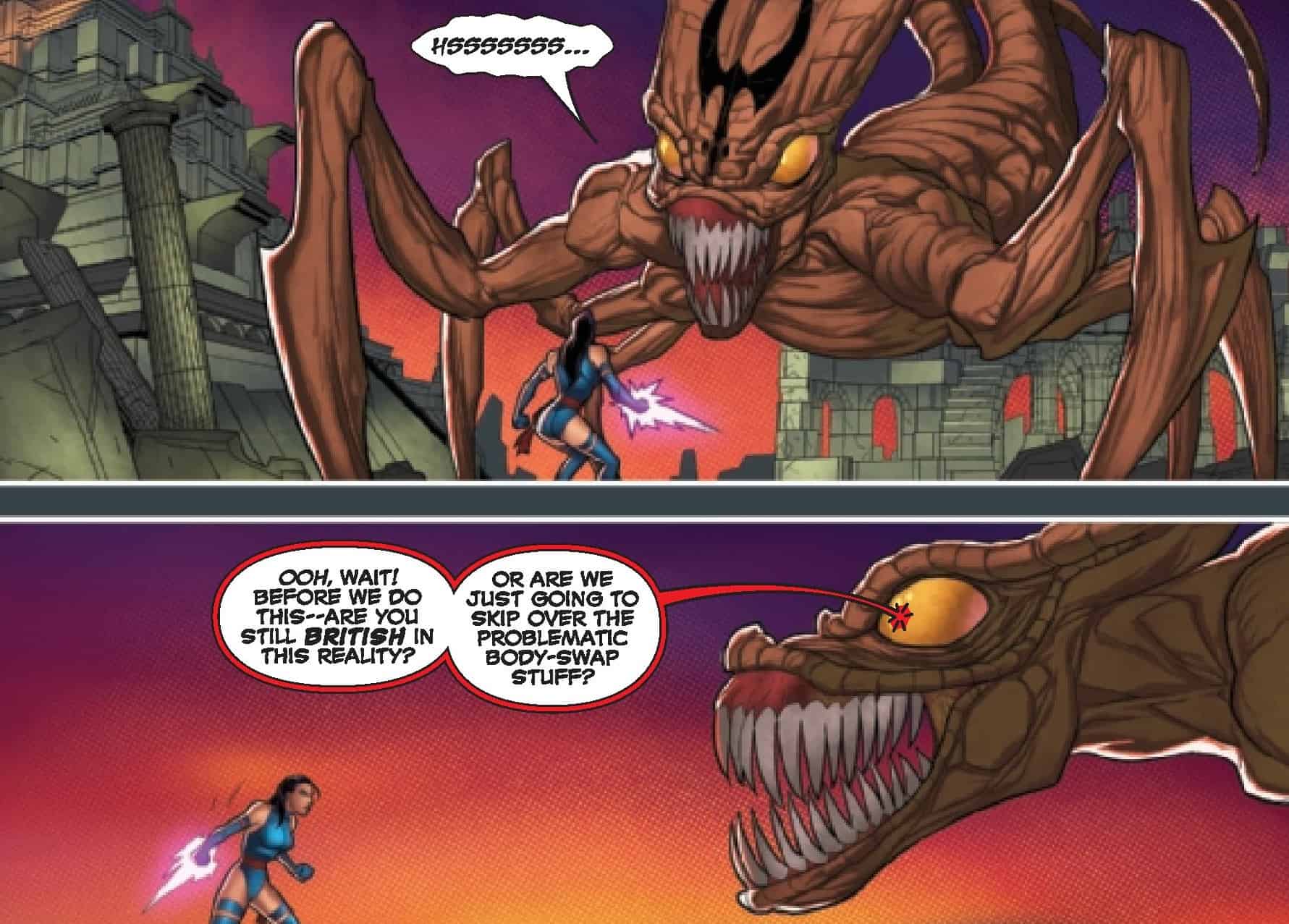 Salva Espin and Israel Silva continue to bring the 92 adaption to life with wonderful dynamic action and the bright colors that are so evocative of the cartoon and comics of the era. There’s an absolutely glorious double splash that pays homage to the marvelous head to head face off from the cartoon as Foxe and the team do the exact opposite of what the XOS event did and turn things into a literal swordfight and still makes the result work leading us to issue 4 which will looks to adapt the events of Planet Size X-Men into the 92 context. The art perfectly straddles the line of reflecting the tone of the era but at the same time is fun, visually appealing and as overly dramatic as the era was. The DnD and arcade sword fighter data pages are pure genius and the series continues to be pure 90s delight.

This series continues to show off the creative teams marvelous talent at adapting serious events and concepts from the current X-Men Krakoan era and turning them to something fun , original, often hilarious, while being deeply dipped in a heavy dose of nostalgia from the e92 era. Delightful fun is a perfect description for it!