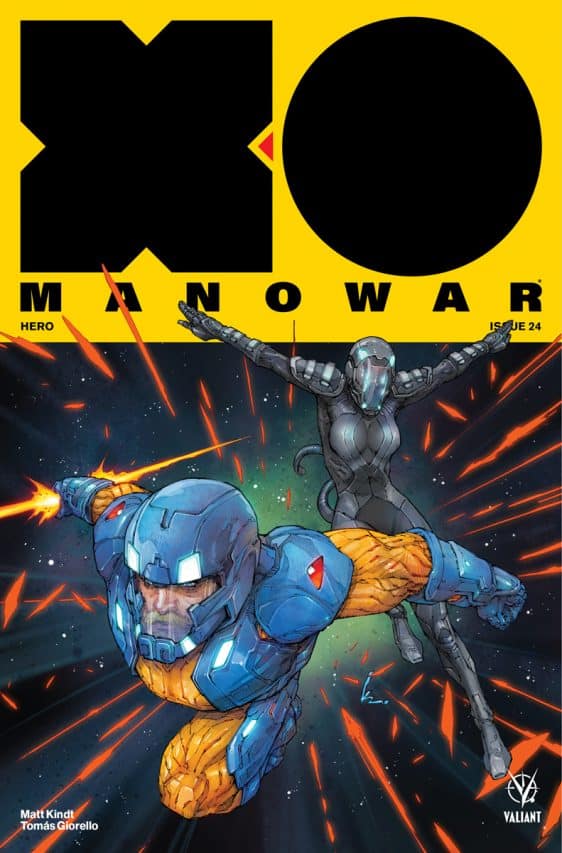 Aric of Dacia has made many enemies in his wild adventures throughout the universe, this time a group of old foes comes to Earth looking to settle an old score. Apparently it didn't occur to them that if you get rekt trying to kill a dude for money...you weren't actually wronged but The Processors don't care about that tiny detail just murdering Aric to death and stealing the X-O armor for their own monetary gain.

X-O Manowar is an amazing insight into how Aric thinks about emotions like love, the juxtaposition between this foreshadowing internal dialogue and the brutal battle between our hero and intergalactic bounty hunters ready for a rematch  is just tasty. Matt Kindt has an amazing ability to write Aric as a brutal man, being he’s a 6th century Barbarian that makes sense but never is he written as an ignorant man. Despite the almost simplistic way of how he views the world, Aric still manages to cut into some stark truth and interesting perspectives to consider. It’s this aspect of the character that makes him unique among “bruisers” and keeps you coming back wanting to read more, although insane battles don’t hurt a bit either.

Meanwhile as Aric is throwing everything he has at the Processors, the villainous bounty hunters out for revenge we see they aren’t the only strange visitors from space coming to Earth. A mystery woman bearing a suit of armor extremely familiar to Aric’s own lands on the planet toting a giant sentient robot named Fen-L (fun fact, these beings that bring to mind Marvel’s Celestials are all low-key named after spices Gin-Gr and Baz-L being most notable in past Valiant stories). Between the two it’s quite clear that the battle now raging across Europe between X-O Manowar and the Processors is just about to get even more interesting as this mystery woman might keep her identity concealed but makes ZERO attempt to hide the fact she’s out for blood as is her crazy powerful robot companion. However this mystery woman’s identity is revealed by the issue’s end and only serves to make the story that much more intriguing into what’s happening now and Aric’s past. 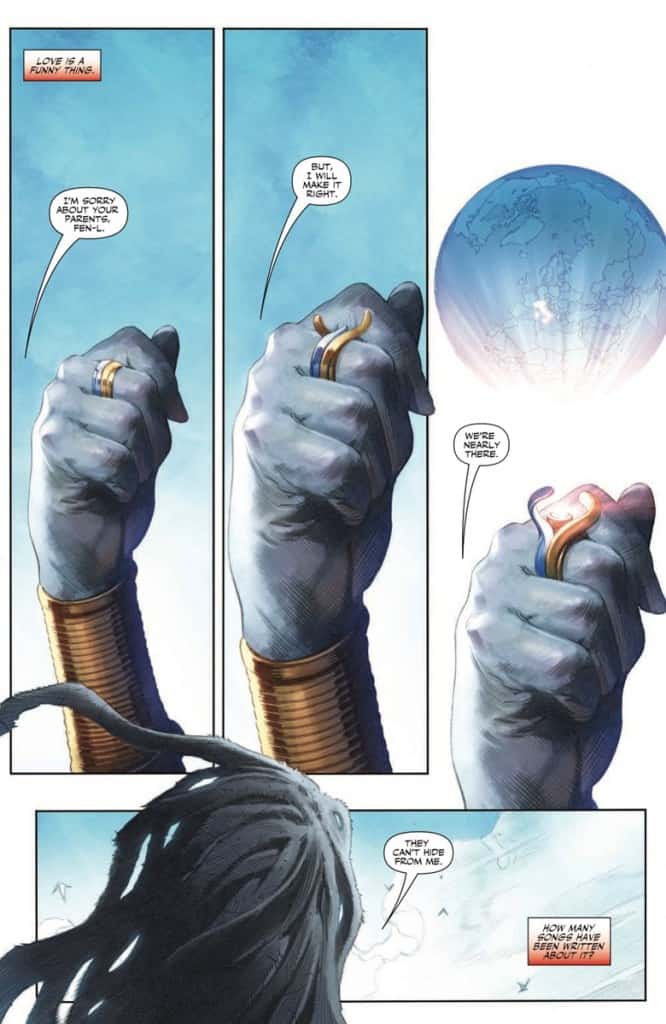 The long and short of it is if you’ve never read a Manowar story, #24 is a solid jump on point. There’s more than enough context provided to get an understanding of what’s going on, the history between the characters involved and so on while also leaving juuuust enough vague to entice you to wanna throw it back to X-O Manowar vol 1: Soldier and read up til the current point. Matt Kindt is hitting on all cylinders here and there’s nothing even remotely suggesting that is gonna slow down any time soon. Couple that with the beautiful covers by artist Kenneth Rocafort and a host of guest artists as well as Tomas Giorello’s bright yet gritty inspiring interiors and you’d have to bend reason to the point of snapping in half to find a reason not to give this book a read.

Bottom line, if you ever wondered..."what would happen if you put Jason Aaron's Thor, Ed Brubaker's Captain America and Matt Fraction/Warren Ellis Iron Man into a blender and only kept the amazing parts that really worked?" well wonder no more, because that's exactly what X-O Manowar is. I've said it before and I'll say it again, if you aren't reading Valiant you're cheating yourself of some of the greatest art and writing on the market the since they relaunched in 2012 and they've shown the ability to maintain that 7 years later with no signs of slowing down.