X-O Manowar #6: Something Is Wrong 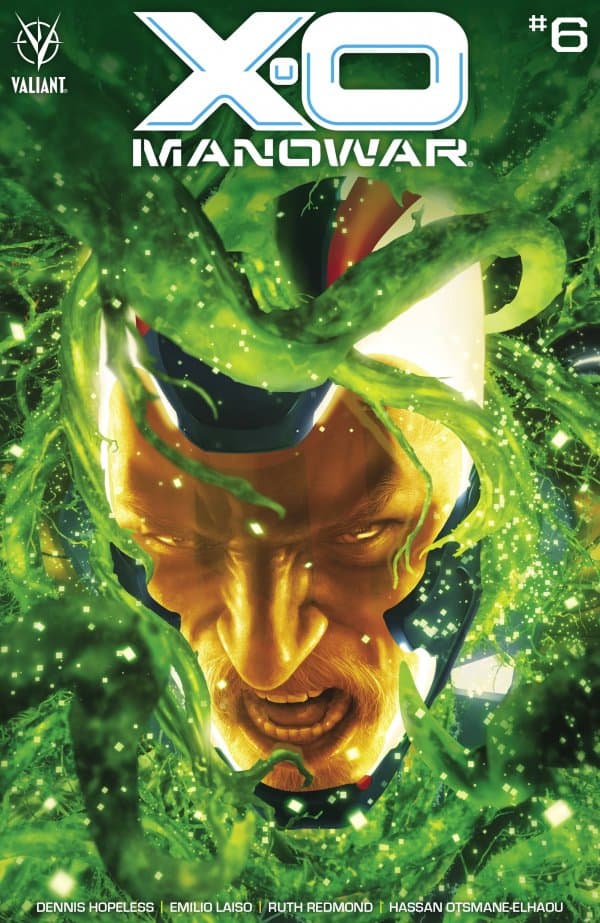 X-O Manowar has saved the planet from hostile forces countless times before, but the new threat that looms in front of him is unlike anything he has faced before. And with his sentient alien armor glitching, X-O's situation is about to get much worse…

X-O Manowar #6 is really a beautiful book. I have a strange history of not enjoying Manowar, I find his character is written so different every series, that I have a hard time following him. However, Hopeless is one of my favorite writers. Hopeless’s 2018 run of Cloak and Dagger is still one of my modern Marvel series to date.

Hopeless adds such a great humor to the series, I found myself chuckling at times, which is new for me with Manowar. Hopeless’s voice for Manowar is alright. It feels different than the others, which I’m used to, however, his voice for the side characters or secondary characters is where this book shines for me. Shanhara is wonderfully written in this issue, even the times Shanhara is glitching is fantastic. Desmond is another character that Hopeless makes it easy to connect too. Desmond’s care for Shanhara and his bond and enjoyment with Shanhara is heartwarming and feels genuine. I’m sure if any of us had Shanhara we’d play video games with it too! 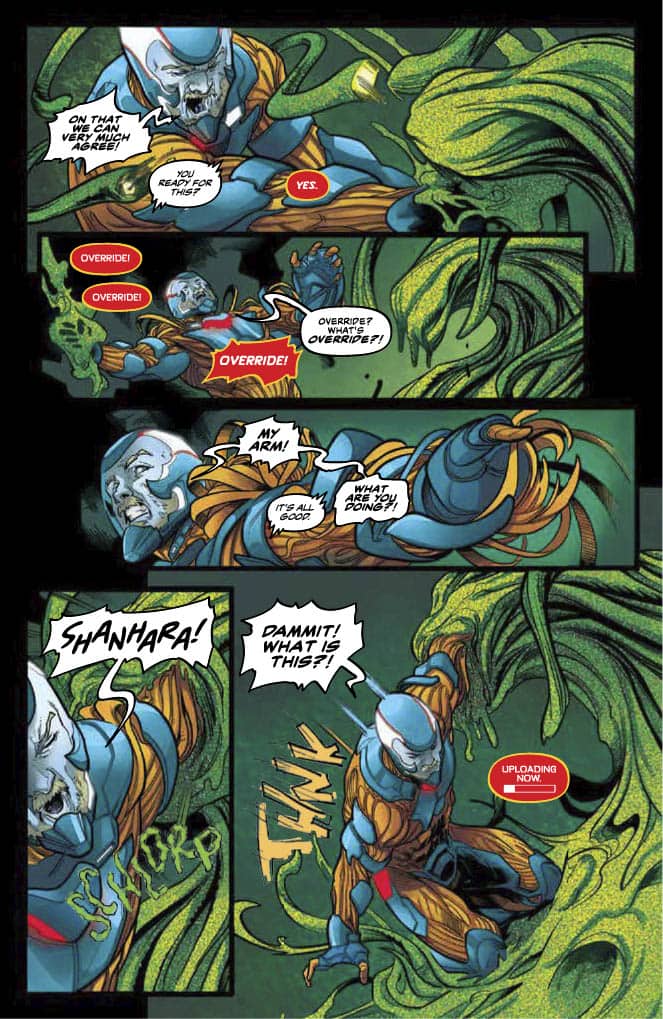 Laiso’s art is another highlight of the book. I was nervous catching up with this series, not only because I wanted to like it, but because online I heard the art wasn’t extraordinary. However, I was pleasantly surprised! Laiso has a stunning way of not only drawing the characters, but the alien environment around the series. The living moss like substance in the issue feels like something you could find on another world. Laiso’s art with Redmond’s color is out of this world! No pun intended. I was in astonishment over how attractive and smooth the color made this series, till this series I never heard of Redmond as a colorist, but I’m a fan now! Each page is just so very pleasant, the colors mix nicely and the shading is on point, Redmond contrasts his smooth colors on living objects, with the shine and polished look of the metal ones, as well as adding an almost fuzziness to the living moss like creature. This all together with Laiso’s art makes this an engaging series.

I'm extremely glad I got a chance to review this issue and to catch up on this series, it just proves that with the right writer and talent, even a character you don't connect well with, can make a fantastic series. I plan on continuing to read and enjoy this series as it goes along, I hope Hopeless stays on for the foreseeable future, and I can't wait to see where this series go! I highly recommend checking this issue out, even if you haven't been a huge Manowar fan in the past.

X-O Manowar #6: Something Is Wrong