X:Men Trial of Magneto #2: Something’s Fishy on the Island of Krakoa 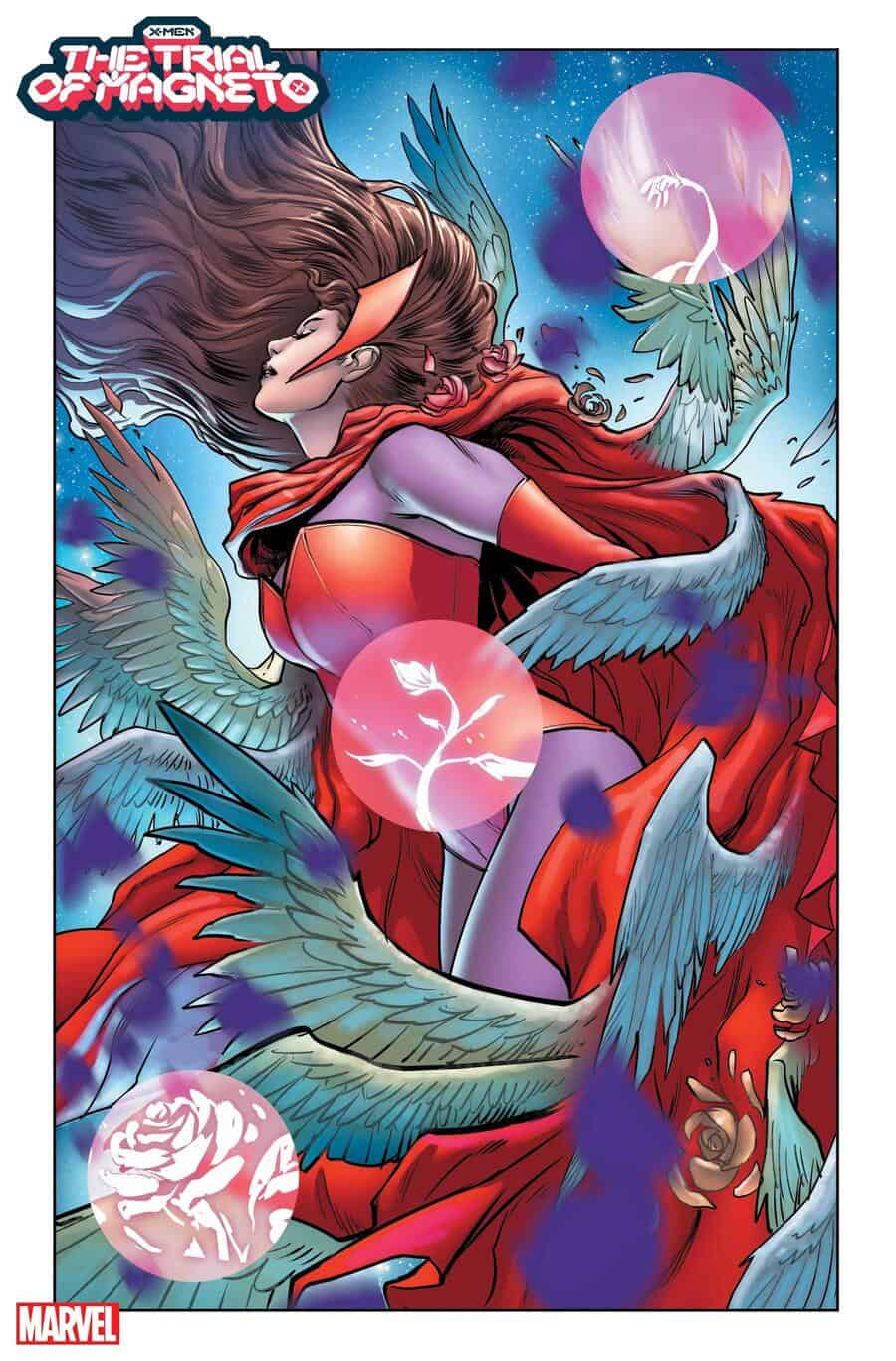 The Avengers have arrived to take Wanda's body, but Krakoa has secrets the Avengers are not privy to. Will they find out?  Mothers and daughters, fathers and sons, come face to face with another confrontation of Magneto, but not all is what it seems and with each answer, thousands of new questions arise. No one can be trusted, but allies appear in the most unlikely of places.

Something’s rotten in the Island of Krakoa, and no, it’s not the funny-smelling flowers.

Parents and children continue to be the dominant theme of the Trial of Magneto event, with multiple layers of parents and children, Pietro and Erik, Wanda and Erik, Lorna and Erik, Jean and Rachel, Emma and the Cuckoos, even end up being a big part of the question of what it means to be a parent and a child among the superhero world. Interestingly, the word mom is uttered twice in the span of one issue when at the core is a conflict between a father and an alleged child. Are we analyzing random moments of dialogue with far too much fervor? Probably.

It is hard to build off the first issue with a pretty epic visual showdown with rough dialogue that sometimes felt unnecessarily petty. This continues with shady dealings and the government system of Krakoa seemingly hanging by a thread.

We find our titular hero facing a battle of wits against his telepathic opponents just as the Avengers arrive. Full of secrets, the narrative is riddled with strange, almost comedic dialogue that hints, perhaps at a more intricate plot between our alleged murderer and our alleged murder victim.

Pietro continues to shine, and the camaraderie with the Avengers and Jean-Paul feels genuine and adds a nice note of emotion to the issue. Jean-Paul is well demonstrated to be an unstoppable force and an excellent husband. The heartfelt moments or moments where characters disagree throughout dialogue are handled with sensitivity as though we, the reader, are also feeling their grief and conflict over Wanda’s death.

Speaking of words, William’s dialogue choices feel at times deliberately, or just baffling as they don’t seem to fit into the previous canon, or they’re just tossed for no other reason than the author is at a loss for words Not to mention that throwing out words your audience has to look up in the dictionary will change the complete scope of the writing just because you add an SAT word to it. Other dialogue, however, is either too ridiculous to be overlooked, thus leading to something further down the line, or it’s just immature writing. Here’s hoping for the former.

Magneto’s characterization, as a result, ends up somewhere between the frustrated with their children’s life choices Jewish mother and the sophisticated savior of mutantdom. Thankfully it seems that Magneto is not standing alone in whatever is going on.

The art is fine and serves its purpose, though, at times, it feels like something is missing. The emotions on the character’s faces are mostly visible, but they feel like the audience is at a distance from it, being held at arm’s length, lest they see too much.

The confession towards the end of the issue is just sort of tossed in, meaning it’s nothing more than a distraction for the twist at the end. The twist is somewhat expected yet feels oddly rushed, as though it should not have happened here. Unless Leah Williams and Marvel have a massive ace up their sleeve, they’ll reveal later.

The story seems a bit muddled, once again with unnecessary word choice and odd characterization for Magneto. Something is missing from the story that will hopefully be explained later, as will the odd dialogue and odd character choices. That being said it is worth picking up to continue the story, even though there are some odd choices it delivers a couple of interesting punches and plot threads.

X:Men Trial of Magneto #2: Something’s Fishy on the Island of Krakoa