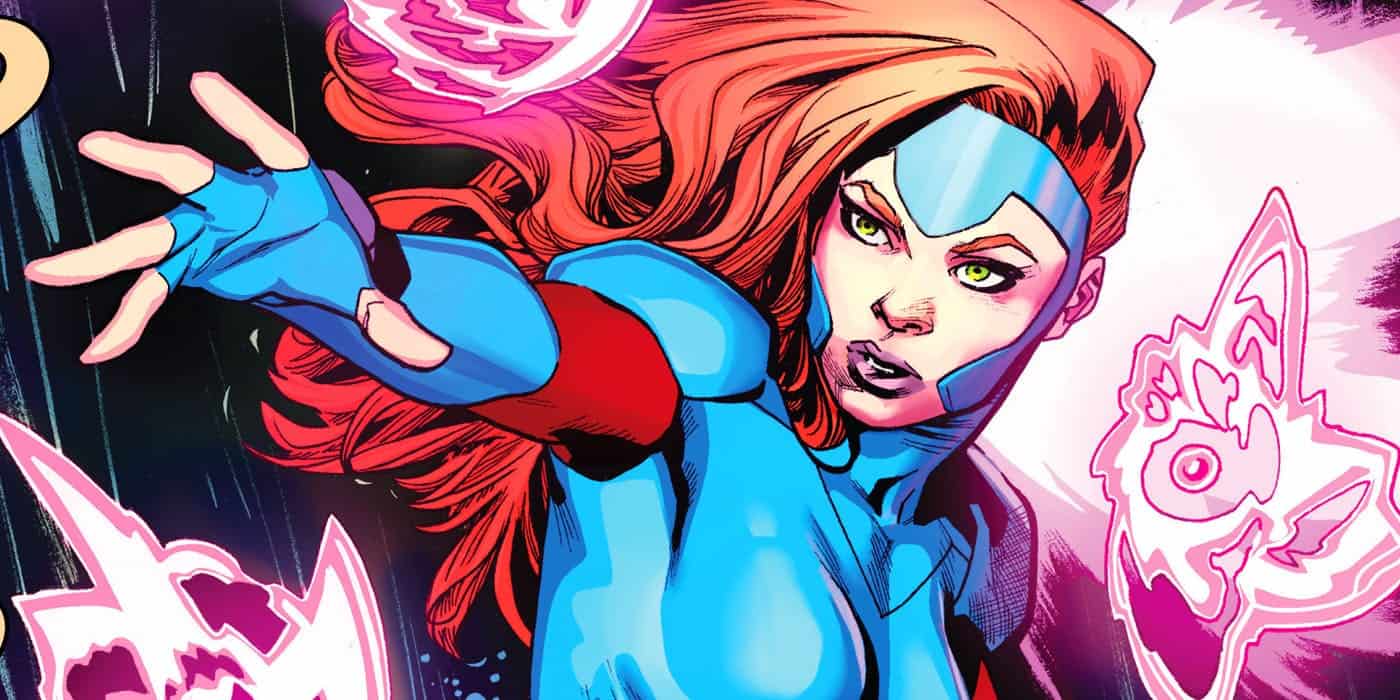 We always saw this coming: Jean Grey is back! Seemingly free of the Phoenix Force and stepping into a new world wracked with old and new problems and enemies, Jean and her assembled Red Team take on the insurmountable global challenge of reawakening Xavier’s dream. 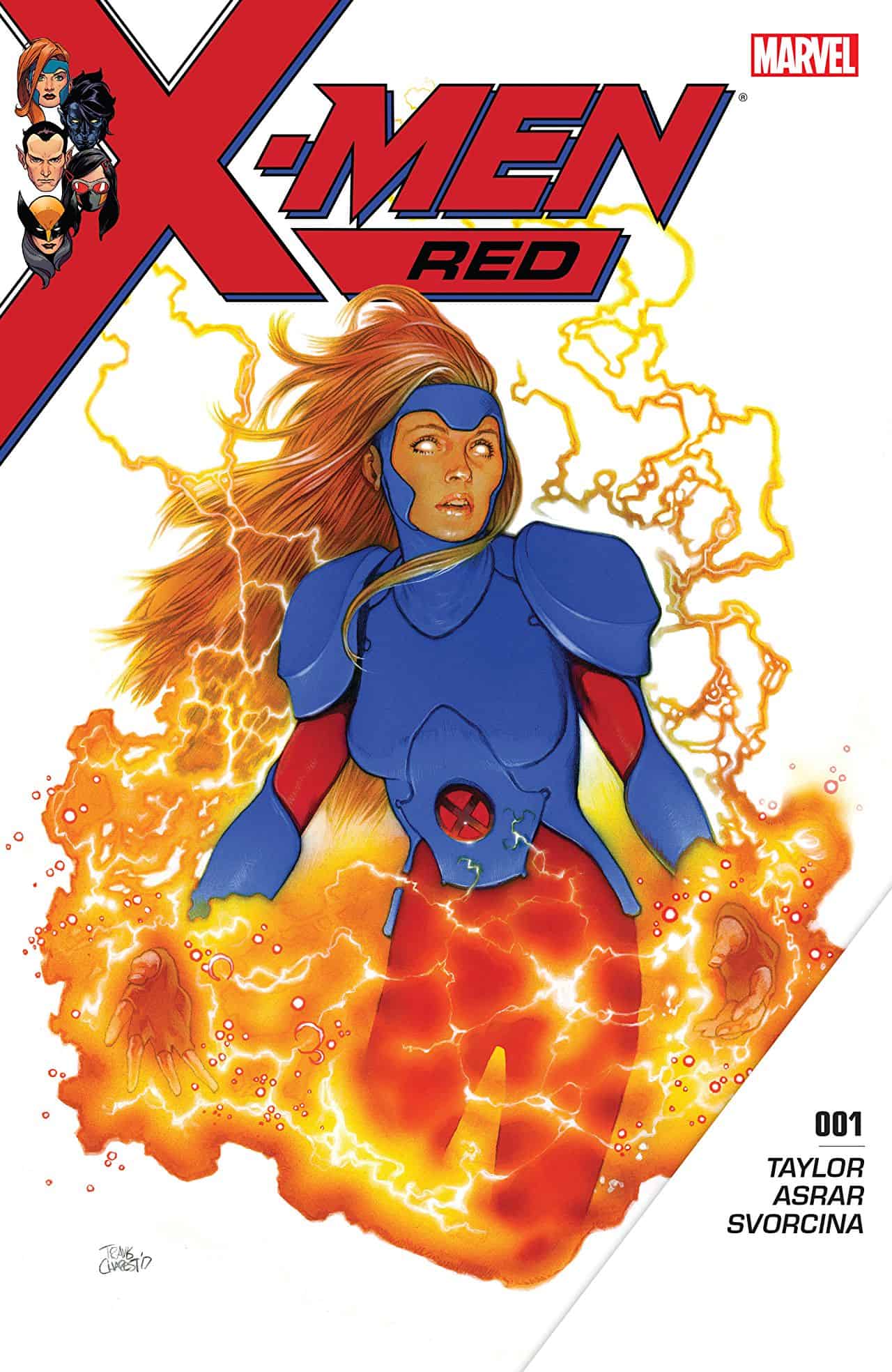 What You Need to Know:
“We were better off dead,” Scott quietly states in a poignant psychic moment to the newly resurrected Jean in the pages of Phoenix Resurrection #5, the grand prelude to her re-entry to the realm of the living and to the X-Men family, preceding her underwhelming emancipation from the Phoenix (in what amounted to an anticlimax decades in the making). Her ability to make that choice, despite the power it demonstrated it could still offer her (not to mention the life it could bring back for her), showed Grey’s true power over the phoenix force, breaking the floodgates open for her welcome back to the fold and to a host of problems that threatens this bright new world.

What You’ll Find Out:
A strong cold open offers a glimpse into what we can expect from the newly assembled X-Men Red Team: newly resurrected and seemingly able leader Jean Grey exhibiting no hesitation to plug herself back into the world she left, willing and eager to make needed change alongside familiar faces and an old tattered dream. The familiar and dangerous potential of a mutant’s powers emerging is not beyond the ability, or beneath the priorities, of the new Red Team’s to handle, as they immediately spring to action to quell an infant mutant’s anguish and assure his mother hope and a haven as these powers develop. Readers are given the sense of the team’s vested interests in revisiting the old mission and are reassured this as top priority for the book right off the bat.

Subsequent recruitment efforts in the cause follow, flanked by familiar and established faces: an always charming and emotional Nightcrawler and able bodyguards, All-New Wolverine and Honey Badger, whose gifts offer familiar comfort to a Jean Grey still feeling out the new world she’s stepped back into. We are strung along on a montage of Jean’s appeals to world leaders featuring none other than the two Avengers Namor of Atlantis (a surprise entry) and the King T’Challa of Wakanda, the Black Panther (a convenient nod to the upcoming MCU entry) in aiding their noble cause. We finally conclude at the United Nations Summit, in a scene somewhat reminiscent of Famke Jansen’s plea as Jean to a room of leaders in hopes to foster sympathy for the mutant cause from the original X-Men film, we see a distinguished and assertive Jean Grey unassociated with her powers but rather as a conduit for their commitment and devotion to Xavier’s dream, attempting to galvanize its foothold yet again on the global stage.

The climax of the issue sees the sudden and violent deconstruction of Jean Grey’s efforts to spotlight the mutant cause in efforts to obviously associate doubt and terror with the new team’s endeavors. Expectedly, the unraveling of the scheme directly subversive to the Red Team’s grand efforts sees the emergence of a familiar Villain with a master agenda.

What Just Happened?
In a fictional universe where such a feat isn’t just possible but expected of most deceased characters, the theme of resurrection is not just an aspect but also an unbelievably crucial milestone of a hero’s overall journey and development. Taylor’s writing lacks some needed visitation on this (though I imagine in efforts to pull her out of that spotlight and into mobilization) but I can see that coming back into the work as we move into subsequent entries for Red. He writes a vulnerable Jean, not confused, but curious and hopeful the way a goddess brought down to Earth would imaginably be, to bring readers to a familiar place after years, a handful of writers, and creative complications, have seen the X-Men not at their very best or most genuine or grounded. 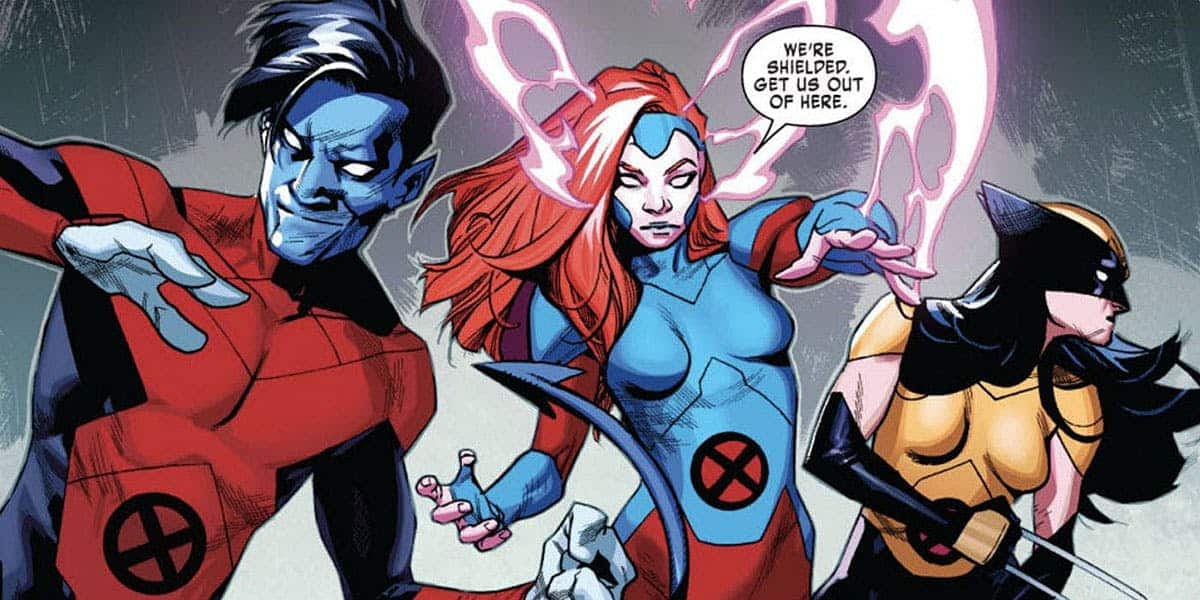 An ambitious but troubled Grey takes to the global scene to relay a message and reaffirm the original sensibilities of an old dream, and returns to her roots, seemingly resulting from the need for solid ground. A well-played plot point for Marvel, whose film studio has seen the mutants finally come home to join the MCU, seeing the challenges of advocating for the mutant brand under the publishing house finally free of complication and turbulence.

She’s back, but not as a psionic cosmic goddess capable of immense destruction or a meek little girl on the arm of her man, but rather as an X-Man with purpose, whose had the ample field training to acknowledge her own right and willingness to step up into a command position among the ranks of the X-Men’s greatest strategists (not to mention a couple deaths under her belt to understand the perspective and foresight needed for that role). There’s an effortlessness in her use of her powers to achieve her goal and begin exploring the world, performing tasks that used to be of great challenge with ease and assertion. Though seemingly no longer linked to the Phoenix, the magnitude of her omega-level psionics is hinted at and mined to demonstrate that she isn’t all talk. We also see her flanked by capable warriors and leaders, all ready to spring to action for what is needed to execute this plan and continue their work. Already accepting of her authority, they are also ready to support her emotionally in her return, the overall emotional and psychological impact of which remains to be explored in further installments, still somewhat absent here.

Asrar’s art is capable, calling on action sequences that move naturally and support the need for a greater perspective on character experience. Though some inconsistencies occur with faces and the issue suffers a bit from flat perspective for its scope (camera angles seem to usually occur level and aren’t explorative or creative in complexity or dynamics), the artist isn’t shy from showing the grandness of what he knows of the characters and their environments, or potential in where he would like to go with them. As an artist myself, I often flip through the book after reading it to scan the positions of figures within spaces, and determine the artist’s commitment to showing expression through gesture; here Asrar is prone to relying on stagnant standing gestures rather than mining the character for expression, which is heavily sought out in a book that sees the re-entry of an emotional character being put through her paces. 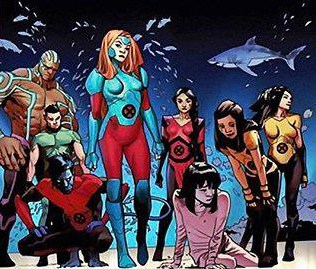 The penultimate climactic scene echoes our current troubled political atmosphere, attempting at pointedly commentating on, and hopefully instilling, change in a heavy American climate of distrust and bureaucratic red-tape. Familiar political intrigue and manipulation speaks to the subversive elements of organizations and party efforts against the agendas of others and the villainizing that naturally occurs in the highest ranks of political echelon when we see noble causes shelved and ignored to yield to more hidden agendas. The X-Men, though no strangers to this phenomenon, are seen demoralized and broken in the aftermath, reminded that great efforts for noble dreams always come at a price (with enemies waiting in the wings to bring them down).

Final Thought:
The new series understands its connection but independence from the other established titles under the X-Men umbrella.  There’s a distinct step away from the Jean we’ve grown accustomed to, and a return to the maturity, self-assuredness, and familiarity of the telepath we have to still get to know, out of the shadow of the Phoenix force. On the eve of Marvel Studios’ re-acquisition of the mutant brand as well as Sophie Turner’s turn as the on-screen telepath, we have yet to see the path Marvel plans to put the mutant on. What we see here though is a solid take on Jean and her team, with a notable potential for carrying the other books emotionally and on a grander scale, serving old fans and rooting new ones alike.

I watch cartoons. I read comic books. I am a student of my craft. I study my heroes and teachers [sometimes they are one in the same]. I diversify and hone my skill, and I love working with those who are nowhere near the same industry as their perspective and creative viewpoints inspire me. I like action figures. I am a martial artist and dancer, and an avid karaoke singer who plays the guitar, piano and soon to be, Filipino percussion (ex: violin). I love going on adventures with my camera and my dog. I love to travel. Because of all of these things, I find inspiration easy to come by and never get bored.