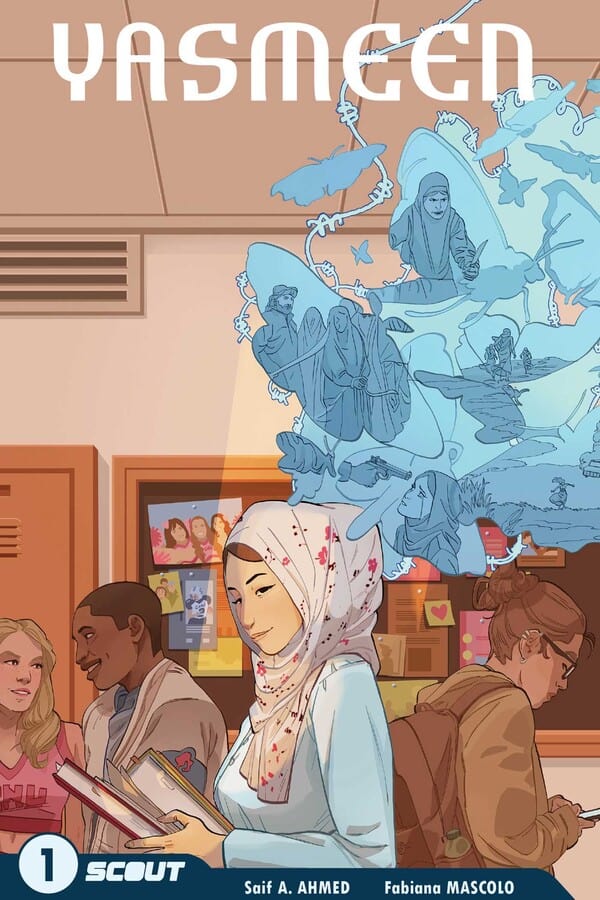 Split between two times in her life, Yasmeen tells the story of an Iraqi girl who survives slavery in the ISIS terrorist regime in Mosul. Yasmeen was a happy 16-year-old until she was captured by ISIS invading forces and was forced to find the courage within herself to endure slavery. After surviving long two years of slavery, she is freed, but has become a different person. Unable to connect to the things that she loved before, she must go through a different kind of struggle, as she tries to adjust to the normal life with her family as refugees in a foreign country, America

As a Muslim woman myself, I have often approached stories about the oppression faced by Muslim women with caution, as it is all too common for us to see Muslim women being represented as either silent and submissive victims, or as radicalized terrorists, untrustworthy and threatening. So when I say that ‘Yasmeen’ brilliantly tackled those stereotypes, but at the same time, managed to authentically represent Yasmeen’s experience, her trauma and her recovery, I do not use those words lightly.

Ahmed brilliantly juxtapositions Yasmeen’s life in America and in Iraq, and forces us to face the jarring reality of what she has gone through. We are yanked from the comfort of the safety of Yasmeen’s home and family in America, to the threat of ISIS in Iraq. As we alternate between the two worlds, we experience the loss of her innocent childhood, and watch her having to grow up far too soon. Throughout the comic, we see how Yasmeen and her parents coming to terms with what happened in the two years she was held captive, and is it a credit to Ahmed that he carefully honors her story, never underplaying the trauma she went through, without completely painting her with a brush of a silent victim, who is devoid of any other personality or agency. While we do see her as a victim, she is also so much more than that. She is strong, she is  brave, she is not afraid to stand up for her friends, and she is not letting anyone else take her agency from her.

Paired with Ahmed’s powerful words, is Fabiana Mascolo’s equally powerful artwork, which is beautifully simple. As we move between the two timelines, it does not change its colour palette, which I believe is a clever choice to illustrate that for Yasmeen, it is not ‘the past’, but something she still lives through everyday in her mind.

While Ahmed and Mascolo do not shy away from showing the realities of the struggles Yasmeen faces, they do a great job of showing the trauma, without it being used as a spectacle. Yasmeen is given the agency to share her trauma, where and when she wants to do so, and we, as readers, get to hear her side of the story, and see her point of view, rather than having her trauma presented to us as some form of spectator sport

Overall, Yasmeen is a harrowing, but beautiful piece of work. It forces us to look beyond our perceptions, biases and stereotypes. it forces us to take people out of the boxes we have put them in, and asks us to consider the complexities that come with experiencing trauma and of growth and recovery.