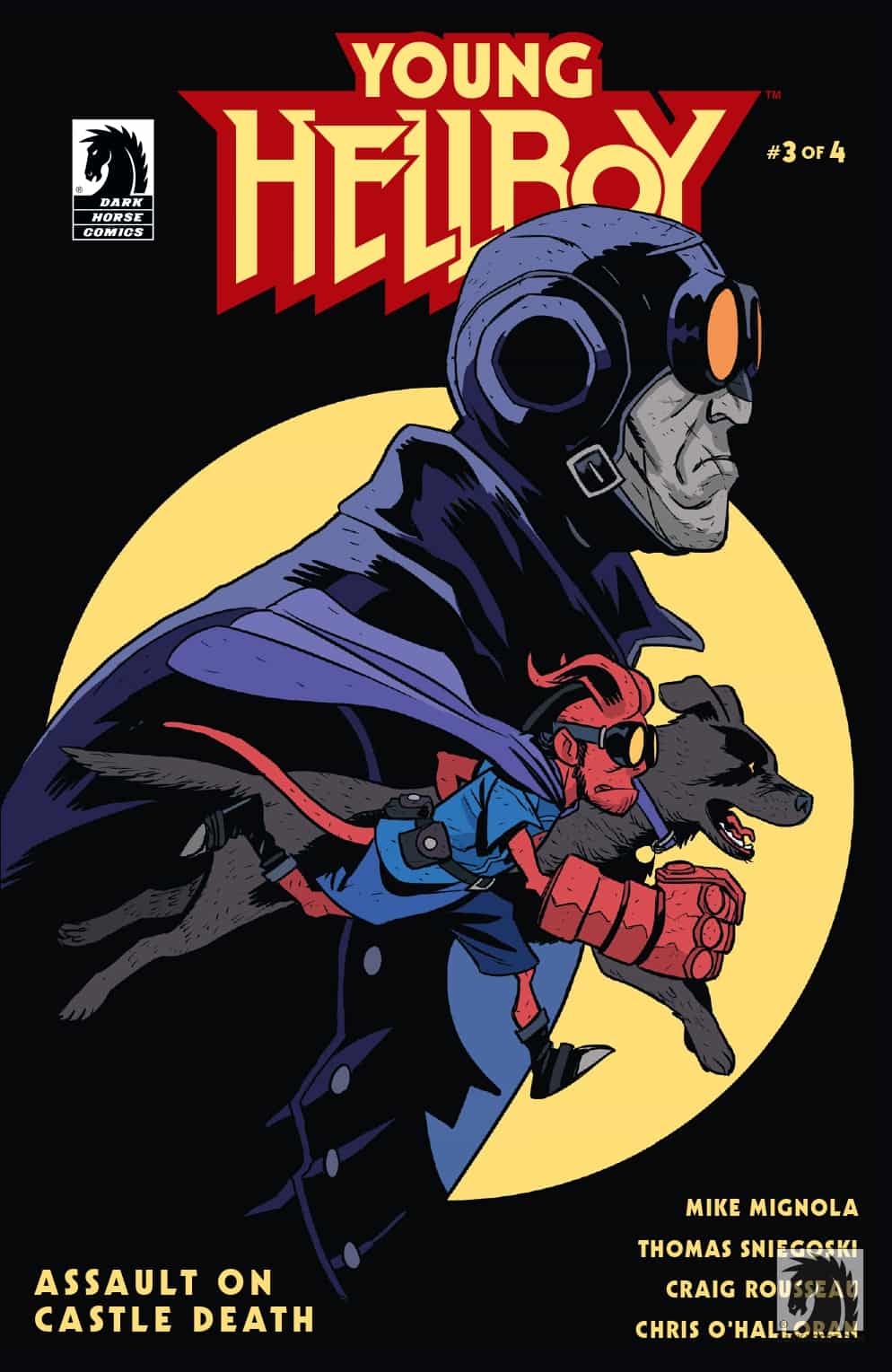 Last we saw, Young Hellboy was ill and having hallucinations. He believes he is fighting evil with the Great Lobster, a figment of his imagination. While on this path, he doesn't realize he is in danger. He is followed by a man set on destroying this young abomination.

Continuing through the Castle Young Hellboy is quite the wonder. He jumps and fights these dangerous monsters. Well, to him, they are monsters. But, in reality, they are inanimate objects—what a strong kid. I mean, after all, it is Hellboy. His compassion for humanity, I genuinely believe, is unmatched. And to see him as an innocent kid learning to do what’s right. But, the following man catches up to him, and man, oh man, it isn’t pretty.

I will seldom have a negative thing to say about Hellboy. He is, after all, my favorite indie comic hero. The only negative thing I have ever said in a review was about that movie from a few years ago, and honestly, it wasn’t even the actor’s fault. Writing the professor as ruthless was just wrong. But I digress.

Mike Mignola made a fun and inviting series for Young Hellboy. You, as the reader, experience nailbiting and rooting for the kid. I don’t know if it’s because he is Hellboy or because he is a child, but you want to make sure he makes it out ok. Like any other young boy, he has an imagination. His dog is his best friend, and he goes on endless adventures.

However, my question for this book is, was it the move to a new home that made Hellboy ill or a supernatural power or being? Personally, I think a magical or supernatural entity is drawing Hellboy into a massive trap. I could be wrong. I have been wrong before, but what better way to get a kid to come to you than to have them think they are on an adventure? I love how Young Hellboy, everything about him and how he’s drawn is, I don’t want to say cute, for some of my readers might not like it, but it’s cute.

Craig Rousseau does a fantastic job of capturing the essence of a young boy running around playing essentially. Hellboy’s claw is tiny, and the relationship with Mac, the dog, is displayed so well in the artwork and how they communicate with one another. Another great work from team Hellboy!

I had more fun reading this book than the last few- it's a transition book, and we are approaching the end. We must be on the edge of our seats for the final book. I am excited to see how Mike Mignola and Thomas Sniegoski finish the of Assault on Castle Death chapter.