Young Justice #7: The Multiverse Map…I Had it Around Here Somewhere. 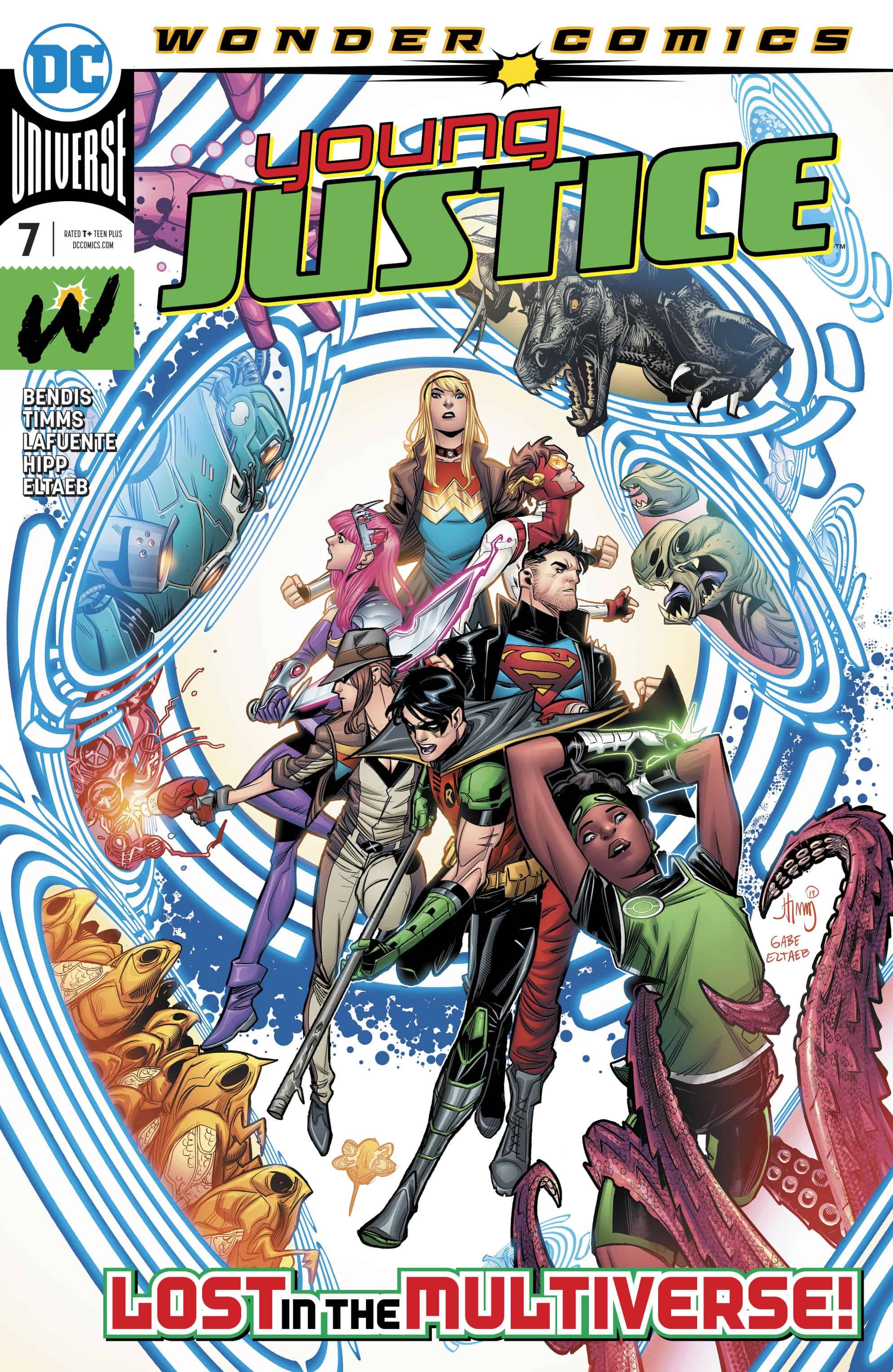 Young Justice—lost in the Multiverse! After the explosive conclusion to their Gemworld adventure, the team is having a tough time finding their way back to their Earth. No, we can’t tell you where they end up, but rest assured, you will be surprised! But as exciting as all that is, we have bigger problems to deal with as Tim Drake is about to do something he has only done...lots of times before. He is about to announce his new alias...a new superhero name. A Young Justice name. And this time, it’s permanent. Like, forever.

‘Young Justice #7’ is the book I have been wanting since this series was announced!

The team is united and despite being lost in the multiverse, they remain determined to make it back home together. The characters and their unique chemistry take the spotlight to deliver what is undoubtedly the best issue yet. 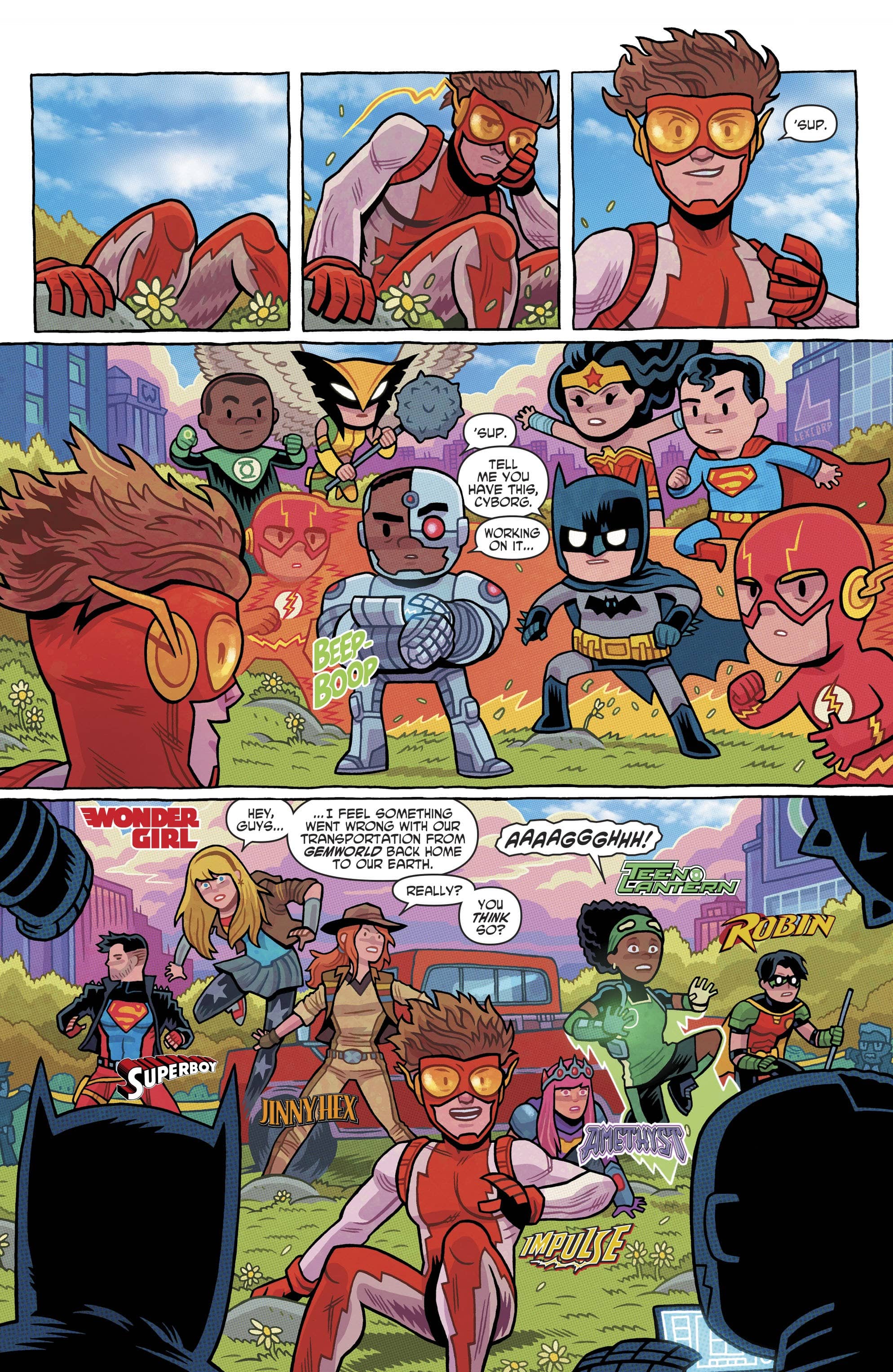 The first arc unfortunately unraveled into a slow-paced introduction meant to catch readers up to speed with these characters outside of a confined team setting. It achieved its intended purpose, but it was sometimes a drag to get through. Well, it feels like all of that is behind us as we go into issue #7. We are thrown into a multiversal mystery where the team is being bounced from one reality to the next, ultimately serving as a great platform to explore the team’s interesting and newly developing dynamics.

Bendis finally proves why he was the right choice to bring this team back in Young Justice #7. The characters feel complex and fully realized, but more importantly, the story isn’t weighed down by lengthy explanations and extravagant setups. We are thrown right into an incredibly enjoyable story that really allows the characters to shine.

While it is easy to appreciate Bendis’ script work, the real stars of this issue are the myriad of artists that brought it to life. The different aesthetics of each reality in the multiverse pose significant challenges especially when considering uniformity and cohesiveness. However, this team manages to deliver a spectacle of an issue filled with brilliant visuals like The Multiversal Mallet and Superman’s epic entrance. It’s great to see the artwork take advantage of so many opportunities and create a unique book that is a delight to look at.

Another rather important note that deserves mentioning in this sometimes convoluted series is it’s finally starting to actually make sense! The story doesn’t feel disjointed and struggling not to collapse under its own weight, instead, it feels like effortless fun. That is where this issue finds its most important success. It’s one that finally feels ready to take readers on an enjoyable journey with characters they love.

Kudos to everyone involved on this one, hopefully they can keep up the momentum as the new arc continues!

'Young Justice #7' is the book we have been waiting on since the series was announced. It's effortless fun made beautiful by an excellent creative team. To the fans who may have been apprehensive about jumping in, now is the time!

Young Justice #7: The Multiverse Map…I Had it Around Here Somewhere.