REVIEW: YOUNGBLOOD #9 (A Fatal Exception Has Occurred at: -BLOODSTREAM- The Current Application Will be Terminated.) 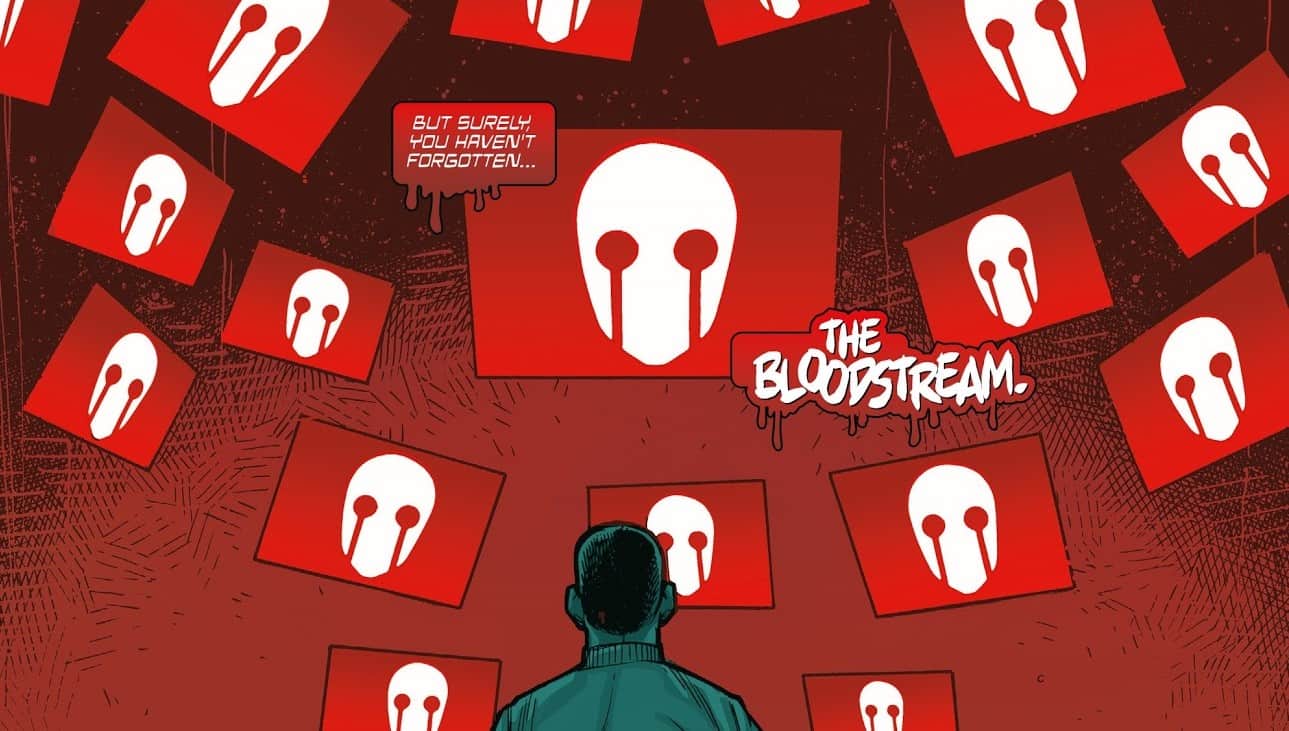 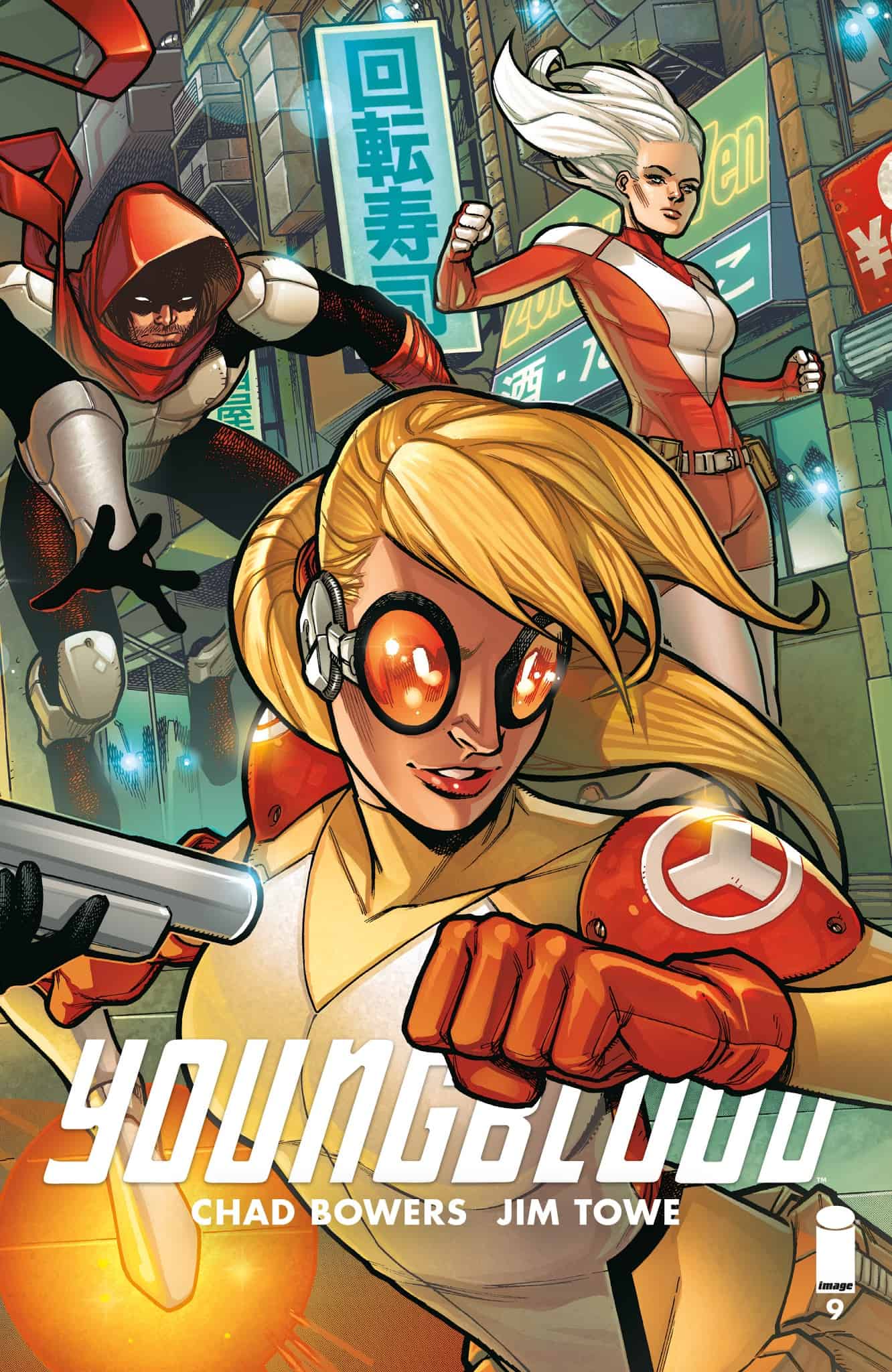 You can run but they can’t hide. Youngblood faces the one force that took them down. The Bloodstream.

The Bloodstream. The one thing that truly brought Youngblood down. Despite renewed public interest and the rally of new members, Dolante’s hacktivist allies have other plans.

Youngblood has been residing in Japan in an attempt to lay low after the incident with BryneTEC and out of reach of President Diehard. At least for the moment. Tokyo provides a great chance to recuperate and take a break. As the young heroes’ guard goes down, the danger increases. An unseen enemy begins an attack from the shadows. The first target, the most critical, Sentinel, never saw it coming. By the time Dolante realizes the true nature of the threat, the Bloodhunter is already fast at work on the remaining members of Youngblood. Task, Vogue, Man-up, and Doc Rocket are easy prey. 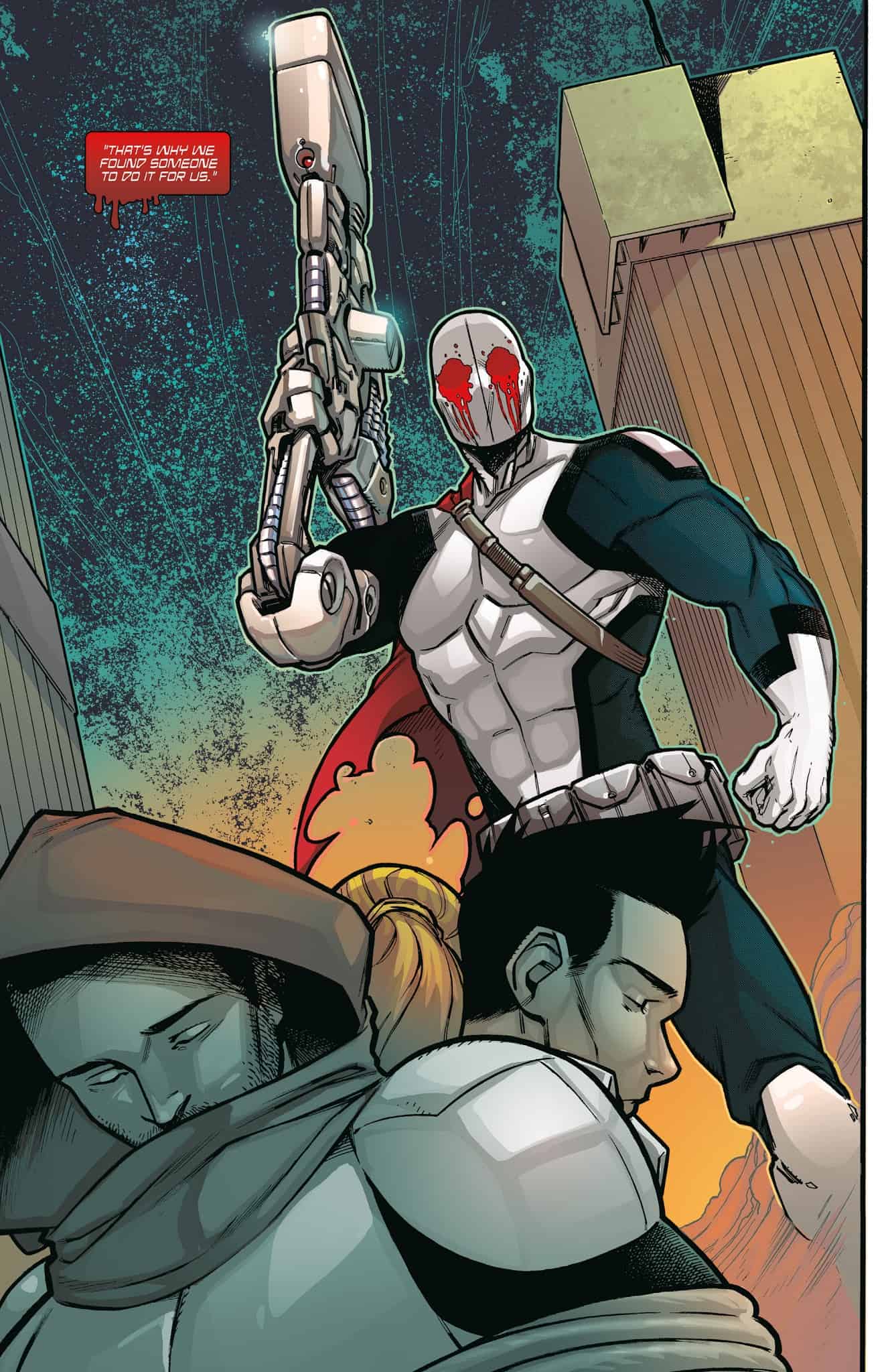 The Bloodstream exposed secrets of the original Youngblood team to the public, forcing the group into exile. This time they’ve determined to make that exile far more permanent. Doc Rocket recovers and intervenes allowing Task, Man-Up, and Vogue the chance they need to turn events in their favor. Dolante executes the original failsafe within the Bloodstream, planted there to avoid any proof of their involvement, triggering a system-wide malfunction and seemingly destroying the Bloodstream for good.

Stateside another old foe begins to stir and leaves a trail of blood in its wake.

The 9th issue of Youngblood continues to lay the groundwork for a more individualized single story that appears to be linking up into another big reveal. The past two issues have focused on the team after hightailing it from the US as Rob Towe and Chad Bowers lineup a new story that brings things full circle with the oft continued Bloodstream reference since the onset of the series.

The concept of the story is a solid one. Towe notably is credited with issue #9’s story and Bower’s with scripting. The choice of returning to the Bloodstream and its connection to Dolante makes for a decent Segway story connecting the remnants of the team’s endeavors to round up the unaccounted for kidnapped heroes and the aligning events back in the states with developments to President Diehard’s own plans.

Plans certainly are being laid. Notably absent for a few issues since a real moment of significance, Shaft, the one-armed archer has taken a backseat. As for Badrock, we know he’s alive and under the Diehard’s personal “healthcare.” Suprema hasn’t made it back to Earth after her encounter with the mysterious sorceress Superstitious, so we still don’t have any more clues with regard to her ominous references to “the others,” which I believe could tie into the appearance of the Supreme way back in issue #4. It would be cool to theorize that Bowers and Towe are spinning a tie-in to a larger Supremacy, a brainchild founded years ago during Liefeld’s Awesome Comics era and Alan Moore’s involvement. Only time will tell.

In the immediate future, another threat appears on the final page ushering in a new element, though I have the sinking suspicion that this character could have some very old ties. For the sake of 1. Potentially ruining a really clever idea through conjecture and/or 2. Being outright, totally wrong, I’ll just leave this alone. For the time being.

Rating: 7.2
Final Thought: Rob Towe and Chad Bowers continue onward with sure footing and real determination in the clear effort to make this series of Youngblood speak to longtime fans and attain the one thing that has alluded previous volumes and creative efforts. Consistency and longevity. With multiple layers of plots being laid and executed well, they could achieve just that.